It arrives as a more street-friendly take on the existing BT62 Ultimate Track or Competition variants that's available in left or right hand drive, qualifying the hypercar for roads in what BA calls “selected markets” in both hemispheres. 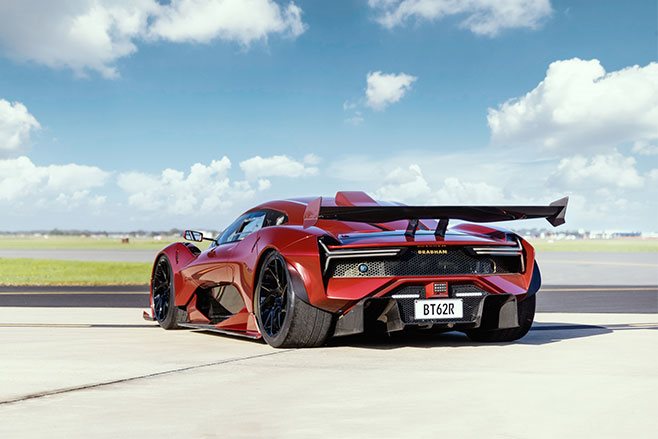 We’re yet to find out what specific markets they are, but the rework on the suspension, interior, exterior and powertrain has taken the BT62 beyond the realms of the original road compliance program for the track versions. Engineers have remodelled the front and rear diffusors as more speed-hump friendly, raised the top-mounted air intake and simplified the rear-wing. Downforce figures are not listed, because it’s almost certainly less than the track version’s whopping 1500kg figure, but are said to maintain "a superior downforce-to-weight ratio over comparable road vehicles”.

At the same time the suspension has been “revised” to suit its new downforce levels and the rigour of public roads, while grip comes from Goodyear Eagle F1 SuperSports that we’ve previously seen offered as a “track-only” option on the Chevrolet Camaro ZL1. 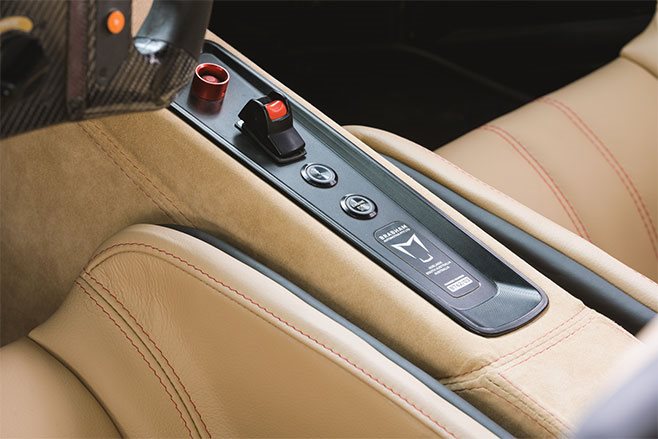 New gear ratios are fitted into the car’s six-speed paddle shift semi-automatic transmission that encourages using the existing clutch to “smooth” its operation on roads. The car’s 5.4-litre V8 carries over 522kW and 667Nm but now roars through a new exhaust that’s “compliant” and promises to reduce noise in the cabin.

Speaking of which, the interior has copped air conditioning and a heated windscreen that complement new road seats finished in either leather or Alcantara. They should ease ingress through the car's safety cell and roll cage. Inside you also can control a new ride height lift kit through a “digital control panel” that also displays the rear-view camera’s vision. Selectable ride heights are 70mm, 90mm, 110mm and 130mm. Alcantara roof trim, interior storage and remote-locking round out the mod-cons. 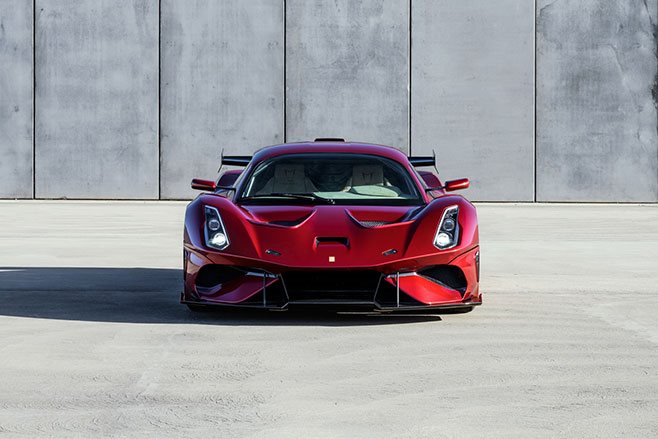 You can have your BT62R in two ways, either Signature or Celebration trim, with the latter allowing you to pick one of 35 exclusive liveries, score “additional luxury treatments” and Track Pack aerodynamics that reinstate the car’s huge downforce potential. MOTOR understands it will cost somewhere around the Ultimate Track's AU$1.5m (before taxes), leaving the stripped out track-only BT62 Competition as the entry car. Brabham Automotive has confirmed the road compliance program remains available for customers who want the lighter Competition and Track Ultimate variants, while the driver development program offered with those cars is also available to BT62R owners.

It's also unclear whether the R increases the number of originally planned BT62s, but we'd get moving if you're keen as deliveries have already begun. 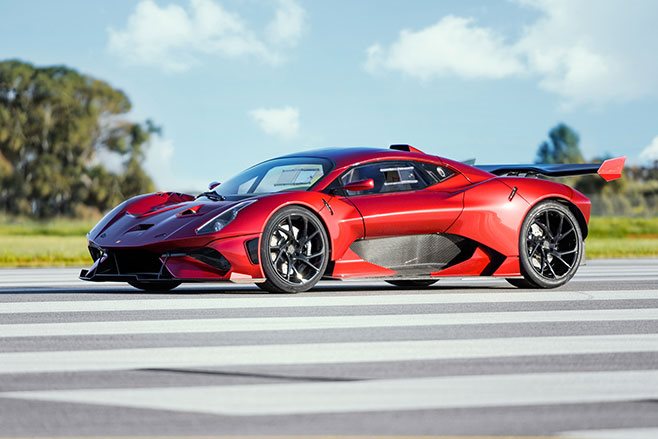