Chad Reed is selling his house and racetrack complex

Aussie motocross rider has 63 awesome acres for sale in Florida

Just outside a small town in Florida, USA is a complex which features a little house, two supercross tracks, a motocross track, a karting track, and two race workshops.

The complex belongs to Australian motocross/supercross rider Chad Reed, but not for long – it’s for sale.

Located about an hour west of Orlando (and next to the delightfully named Green Swamp Wilderness Reserve) is the complex which Reed calls his “ideal dreamland”.

Home and kart track for sale in Northern Ireland

In an announcement on Instagram – which is apparently how things are done in 2018 – Reed says he’s accepting inquiries from those interesting in purchasing the property, which covers a pretty respectable 63 acres. 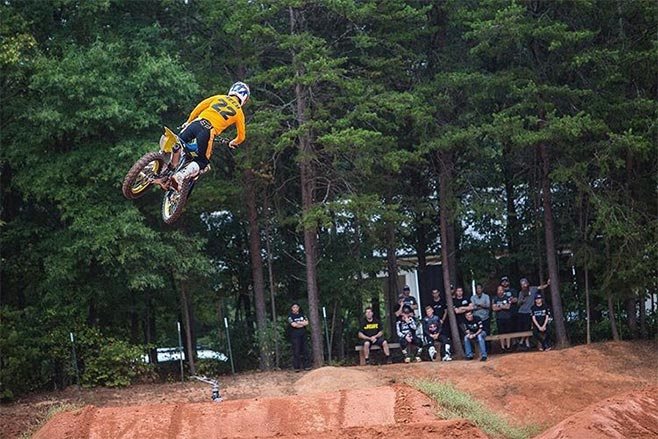 The motocross track, two supercross tracks, structures, and kart track take up less than half the total area on the property.

Included with the property are a water truck, a dozer, a bobcat, and a tractor plus “all the attachments,” meaning you could create your own track if you’re not so into dirt bikes, or alter the existing ones if you’ve got the know-how. Three four-stroke karts are also part of the deal.

The two workshops are also fully-fitted out; one’s a race shop (we assume for the bikes) with a bathroom and TV room, the other’s a garage for a boat or caravan, with a kart workshop.

Oh, and the house is there too. That has two bedrooms and a bathroom, but how much time would you really spend inside?

Reed has previously ‘put out feelers’ to gauge interest in the property in recent years, as per an Instgram post (below) from April 2016.

2 supercross tracks an outdoor motocross track go kart track 2 work shops a small house Lots of fun to be had.. Kids tell your dad you want compound 22 !! 😬 Or any pro out there wanting turn key facility If interested hit up @wmgastephen or myself #noimnotretiring

Chad Reed, who has become synonymous with his racing number 22, has competed in more than 200 international supercross events and has become Australia’s most recognisable and successful dirt bike racers.