People seem to be getting a little antsy on the roads while things are relatively quiet.

After the Cannonball Run record was broken in the US and a couple of burnout meets in Australia have been broken up, both during the COVID-19 pandemic, a man has been charged with numerous charges after hitting at least 271km/h on a public road between Montreal and Ottowa in Canada.

Driving a Dodge Challenger SRT Hellcat, no less one with the clearly marked ‘707HP’ decals to signify its 527kW of go, the man charged was considered rather lucky by police who witnessed the high-speed run. 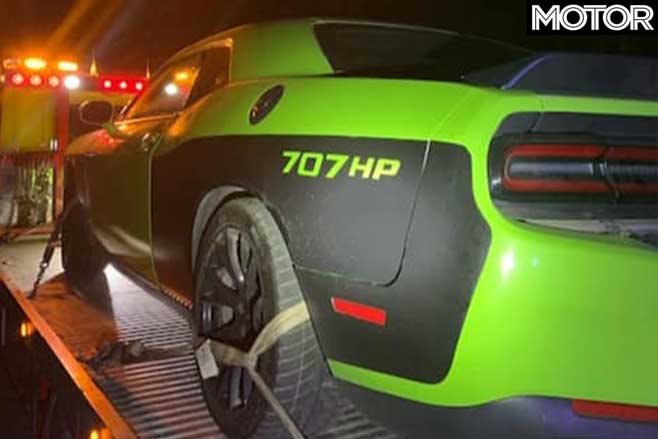 At around that 271km/h mark, one of the right-hand tyres on his Hellcat burst, leaving him essentially out of control at 160km/h higher than the posted 110km/h speed limit.

In a coincidence that might make him the unluckiest speedster of the moment, though perhaps fortunately for others, officers in a patrol car was there to see the whole thing.

As idiotic as that is, we don’t like hearing about people injured or killed on the road, and fortunately the driver was not injured. 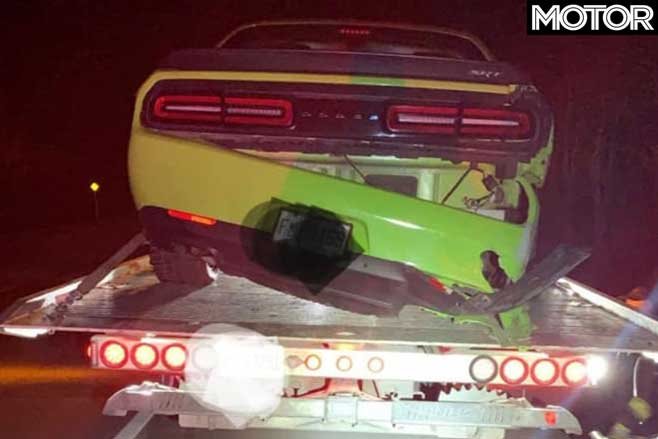 “This driver is lucky,” says the Ontario Provincial Police statement.

“He blew a tire at this unbelievable speed. No injuries, just a little damage.

“A Hawkesbury OPP officer spotted the car shortly before 12:30 this morning on Hwy 417 eastbound, east of the Town of Hawkesbury.”

The OPP also posted a couple of images of the lime green muscle car on Facebook, as well as a shot of the screen from the speed gun with the recorded velocity showing. 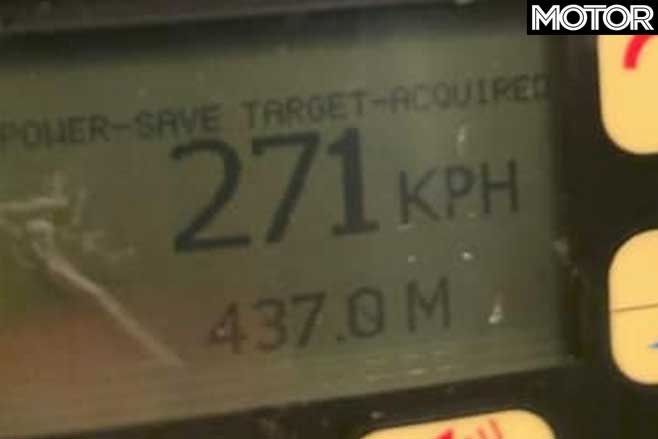 “The driver was charged with stunt, careless, and drive with cannabis readily available. The car was impounded, and driver's license was seized for 7 days.”

Only a couple of days later, OPP revealed another incident of reckless driving – posted to the OPP’s Facebook page was an image of a BMW 5 Series attempting to drive with two wheels missing.

Not the ideal way to travel, so we’re told.