The good news first. The Kia Stinger is going to retain its V6 twin-turbocharged engine for 2020 and it's going to be more powerful than ever.

What's more, it's likely that the 'lame duck' four-cylinder engine, which accounts for a mere two percent of Australian Stinger sales is set to make way for something a good deal spicier.

Contrary to some persistent rumours, however, it looks unlikely that the Stinger's going to get the 279kW 3.5-litre lump as seen in the second-gen Genesis G80 luxury sedan, sticking with a breathed-on version of the current 3.3-litre Lambda II V6 unit.

Breathed on very lightly we should add.

Read next: If sedans are a dying breed, no-one told this trio

Korean Car Blog claims to have seen paperwork supplied to South Korea's environment ministry which demonstrates a lift in grunt from 272kW to 274kW.

“We are getting no changes to powertrain, be that the gearbox or power outputs … there won’t be anything different to the actual engine,” he said.

“There may be a change to the headers or exhausts … but there is definitely no change in engine size or specification.”

So there is that. 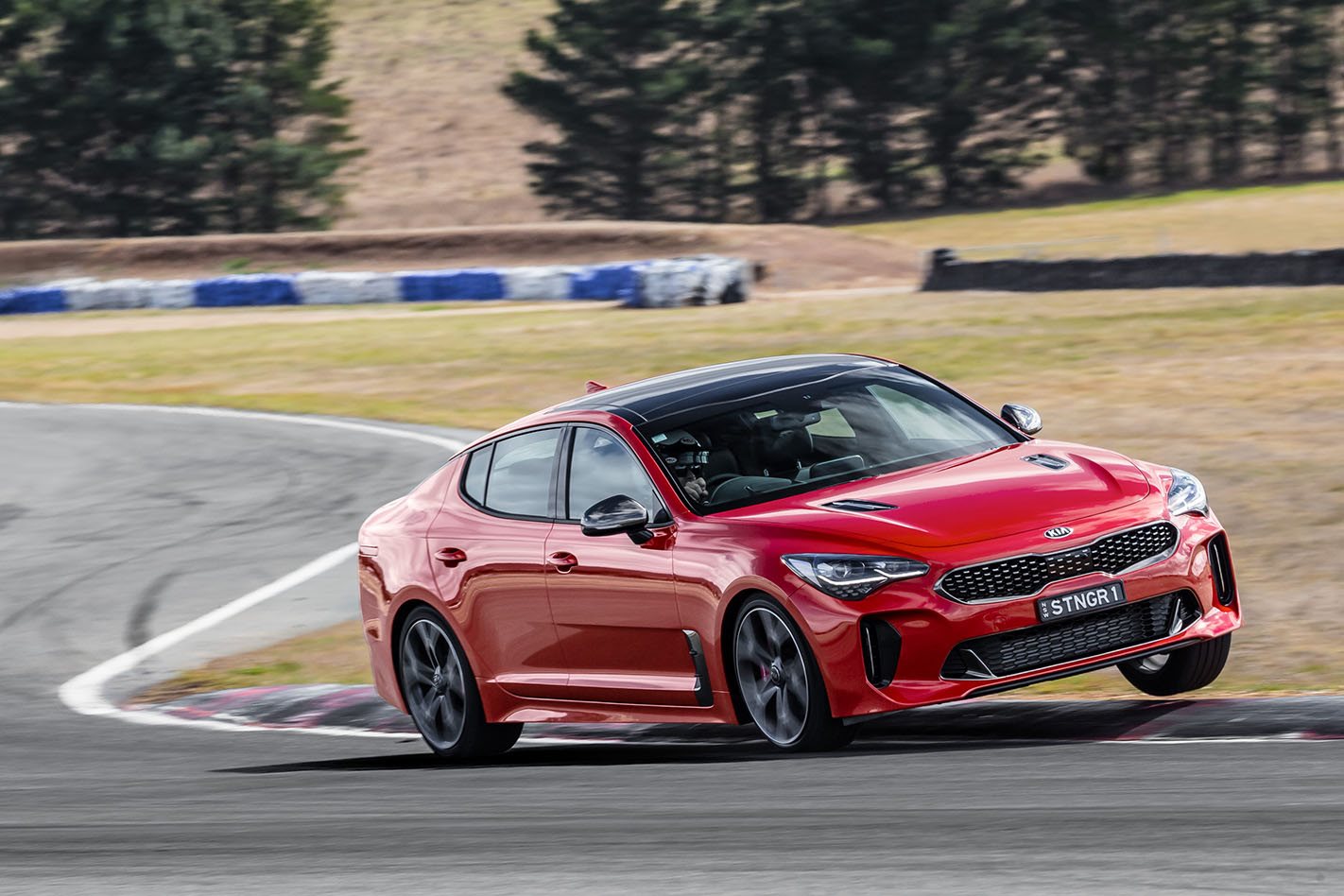 Still, the six-pot Stinger was already more than quick enough, so more power was probably the last thing it needed.

Read next: Buy the new Kia Stinger or get a used Lexus IS F Sports Luxury?

To help fix that, there are rumours that the old 182kW/353Nm 2.0-litre could be replaced by a far more promising 224kW/422Nm Smartstream unit that has seen service in the Genesis G80 and GV80, but we suspect that were this the case, Kia Australia would already be trying to build excitement for the new powerplant.

Alongside the oily bits will be some subtle styling tweaks. Most noticeable is the full-width LED taillight signature, and some beakier-looking headlamps with prominent LED daytime running lamps. A revised bumper set, sequential indicators and bigger exhaust finishers give the rear a beefier look.

The basic cabin architecture looks broadly unchanged, although there is likely to be updates to the infotainment system, with a 10.25-inch touchscreen, a new digital dial pack and a few other minor ergonomic tweaks.

Read next: Kia Stinger imagined as a Supercar

Originally planned for a Q3 arrival before coronavirus threw schedules into disarray, the updated Stinger will build on a decent record of success.

For the first six months of 2020, the Stinger was the best-selling large sedan in Australia, its 1029 units bettering the combined sales of its Holden Commodore and Skoda Superb rivals in the sub-$70k bracket.

It also outsold the combined figures of the Audi A6, BMW 5 Series and Mercedes-Benz E-Class from the next price bracket up.