FORD has filed a patent in the US for an intriguing new light-emitting innovation that hides vehicle markings within the bodywork of a car, but then flashes them into sight at the flick of a switch.

The patent drawings discovered by carscoops.com show the system applied to Ford US law enforcement vehicles, allowing a Police Interceptor to masquerade as a standard Taurus full of civilians, until someone breaks the law, at which point the vehicle transforms into a fully illuminated cop car, ready to bust some asses.

Read next: Car colours to expect in 2018

It works by having a printed light-emitting layer in the shape of the police signwriting concealed beneath an etched silicon layer, which both matches the vehicle paint as well as the original body panel shape. 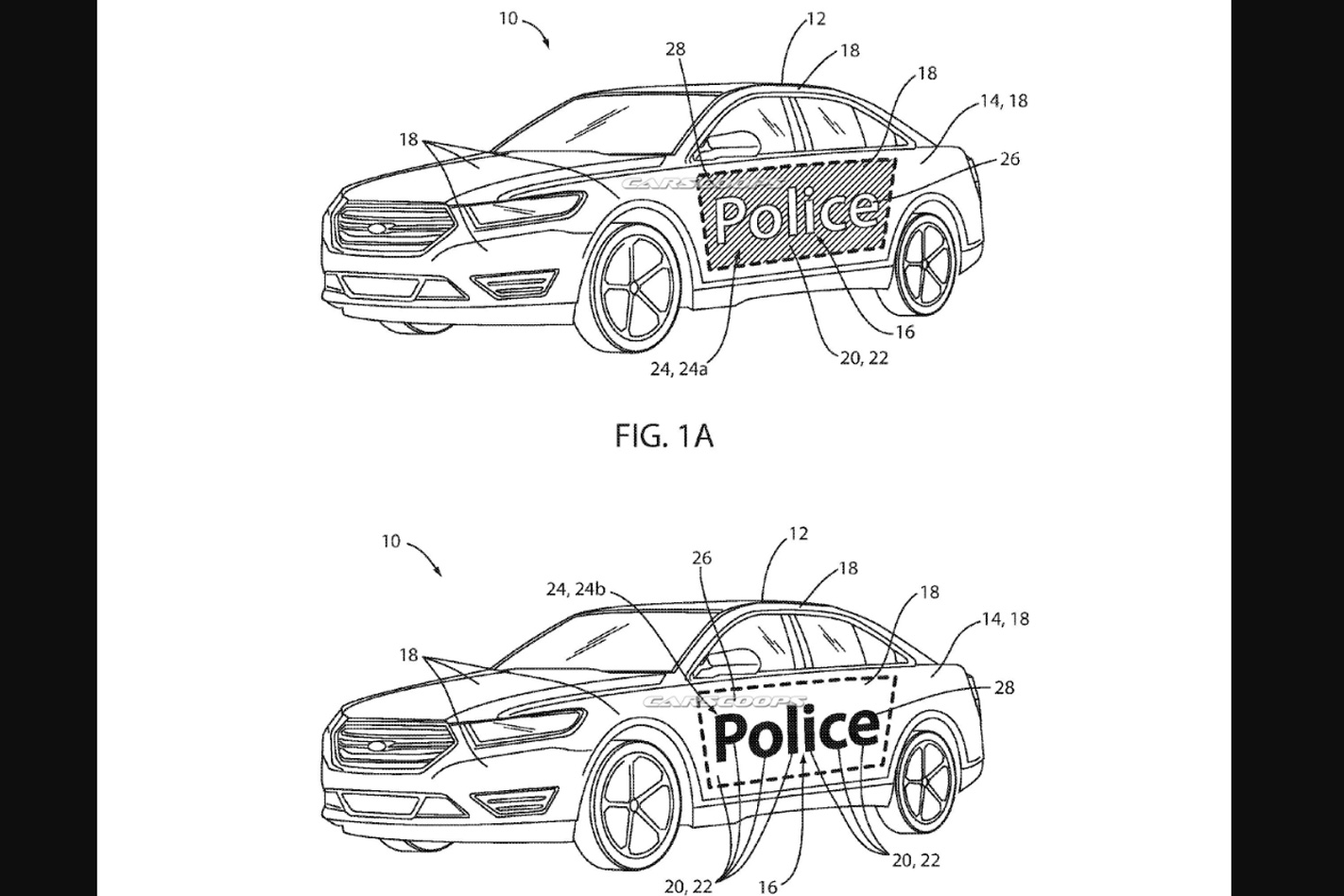 When the LED layer is energised, light passes through the top layer, displaying the shape beneath – in this case the police banner, but there’s nothing to suggest other designs can’t be accommodated.

Unlike electroluminescent panels that sit on top of the panel and paint, and can be seen when not illuminated, the Ford concealed light emitting idea is apparently invisible and that has obvious advantages for law enforcement agencies.

Vehicles can remain inconspicuous until it’s time to bang on the blues and twos, after which there is no mistaking the car that’s pulling you in for jumping a red.

Read next: How to choose the best new car colour

Its likely Ford is pitching the idea as an advantage over arch rival GM, which also supplies vehicles to various law-enforcement agencies in the US.

At this stage it appears from the patent drawings that only the police application is under consideration, but depending on the lighting effect, Ford could choose to apply the unique technology to its road cars in the future and even advance enough to turn racing cars into scrolling electronic billboards.