Spied large sedan designed in Australia, but denied for Australia

Despite being a seemingly obvious performance replacement for the Falcon XR6 Turbo, being designed in Australia and sporting Victorian number plates, the snapped sedan will remain reserved for the Chinese market – the thinly camouflaged prototype was even a left-hand drive example wearing Taurus Titanium badgework for that market.

In the face of its local manufacturing closure, Ford Australia is loudly touting the expansion of its local design and engineering facilities that focuses on development for the Asia Pacific region to produce vehicles such as the Ranger ute and Everest SUV, and the Taurus. 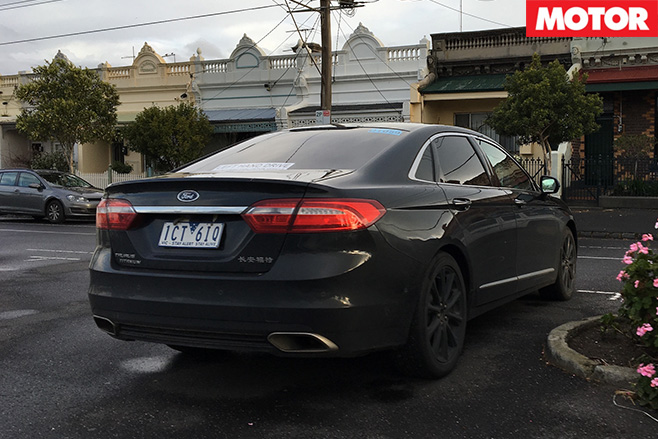 Although front and rear styling almost mirrors the FG X Falcon, a high beltline is more reminiscent of the US-market Fusion and Australia/European-market Mondeo near-twins, with the six-window design unique to Taurus.

“We wanted to create a vehicle that displays a maturity of design with balanced and harmonious proportions, tailored to the business customer in China,” Willing said at the international launch of the Taurus in Shanghai earlier this year. 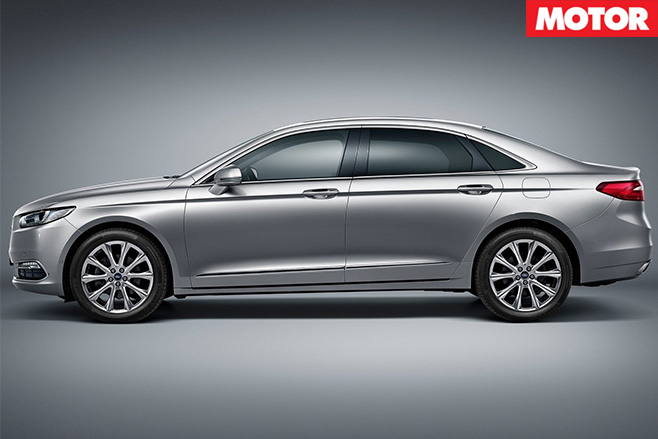 “Our aim was to create a vehicle that is elegant, inviting and quietly confident.”

In another blow for local Ford performance enthusiasts, the US-market Fusion gets this same powertrain but will also be denied entry to our market, with Ford Australia product communications manager Damion Smy confirming the company will focus on further pushing the four-cylinder Mondeo range locally. 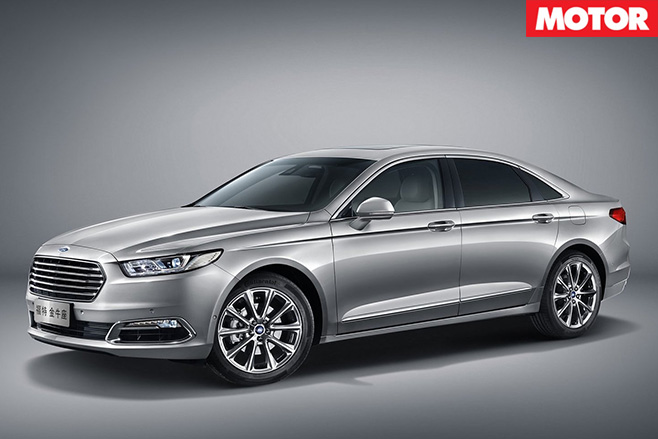 “Our large car offering at the moment is focused on Mondeo and the Mondeo we think fulfils in terms of packaging space, technology and styling what the large car market needs at the moment,” Smy told MOTOR.

“We think Mondeo fulfils the role in that segment perfectly.”

A previous generation Taurus was briefly imported to Australia during the mid-1990s in an attempt to replace the Falcon, but it was quickly culled following poor sales. Now, however, it appears two decades later the Taurus is back to taunt it again.