Porsche is responsible for the first shock unveiling of the Frankfurt Motor Show with the debut of the Mission E concept. 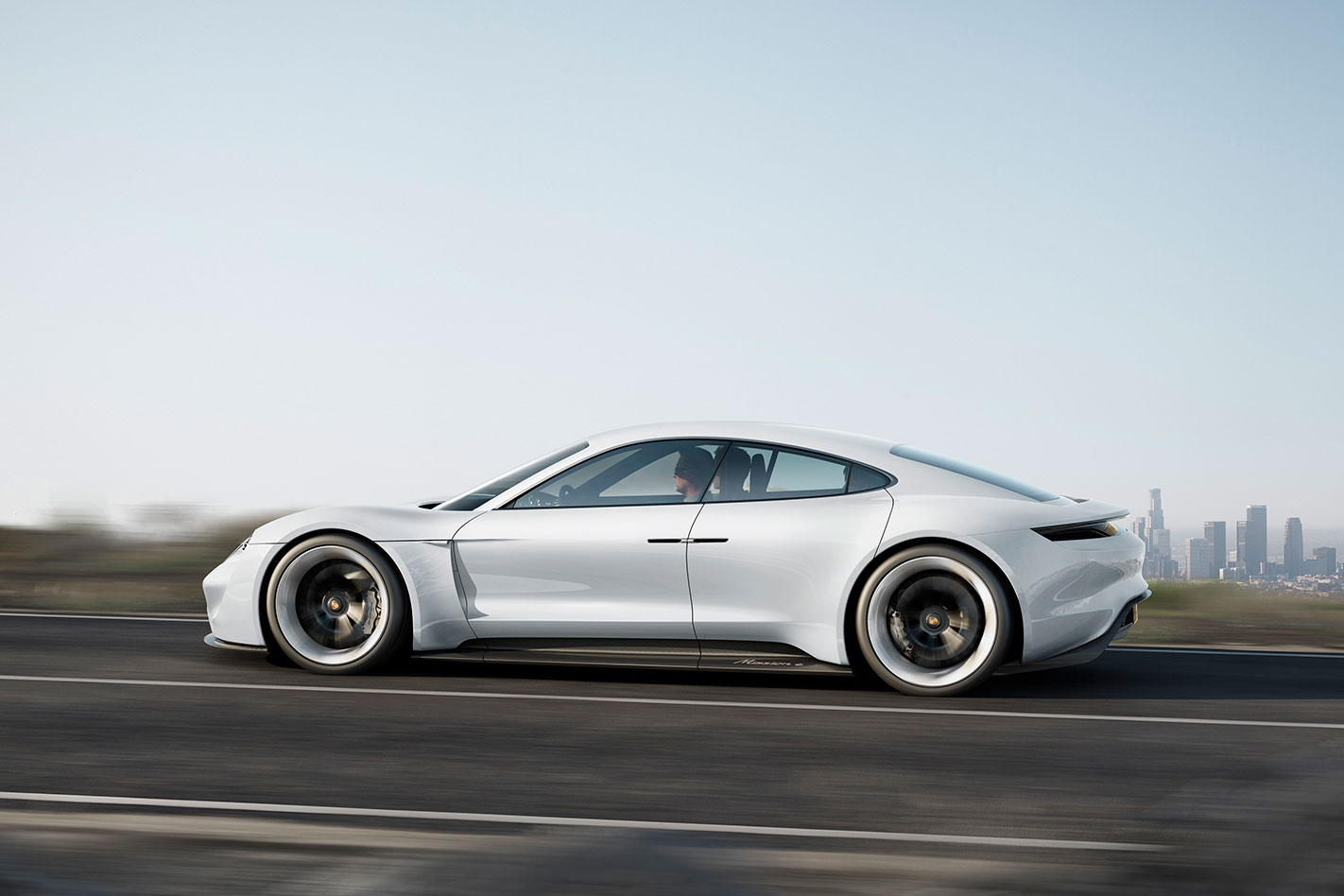 All-wheel steering, similar to the system used in the 911 Turbo and GT3, is also present, and Porsche claims the Mission E is good for a sub-8min lap of the Nurburgring Nordschleife.

Maximum driving range is claimed to be over 500km, while the ability of the Mission E to plug into an 800-volt outlet - compared to a maximum of 400 volts for current electric cars like the Tesla Model S - means the batteries can be charged to 80 per cent capacity in just 15 minutes. 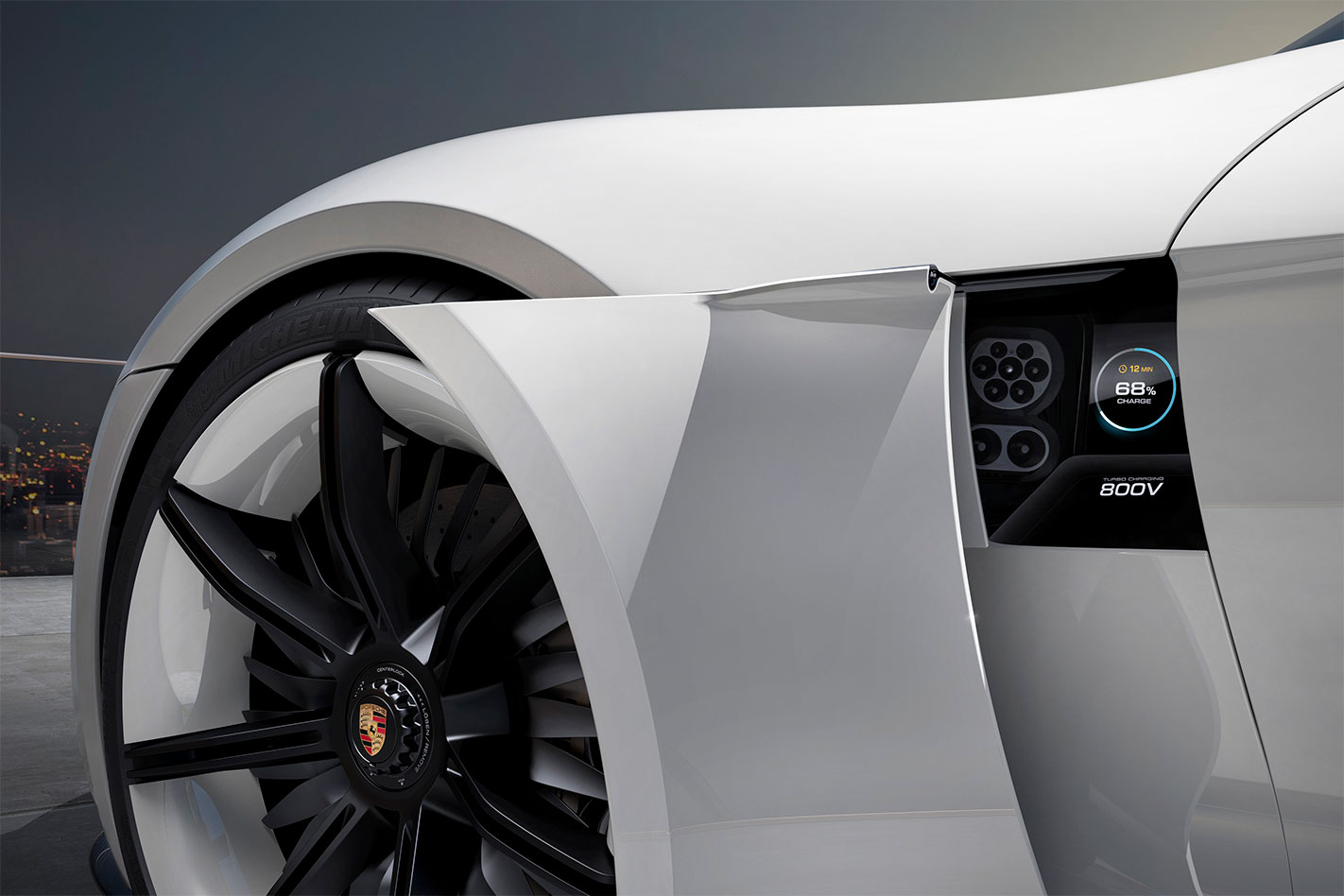 The batteries can also be replenished using inductive charging, with electricity transferred from a coil installed in your home garage floor to a coil in the car's underbody.

The all-electric drivetrain now only results in an extremely low centre of gravity, but the space liberated by the lack of mechanicals has allowed Porsche to increase interior accommodation and install four individual bucket seats.

Inside, Porsche has taken a leap into the future. The cabin layout is familiar from current Porsches, but the display surfaces are like something out of The Fifth Element. 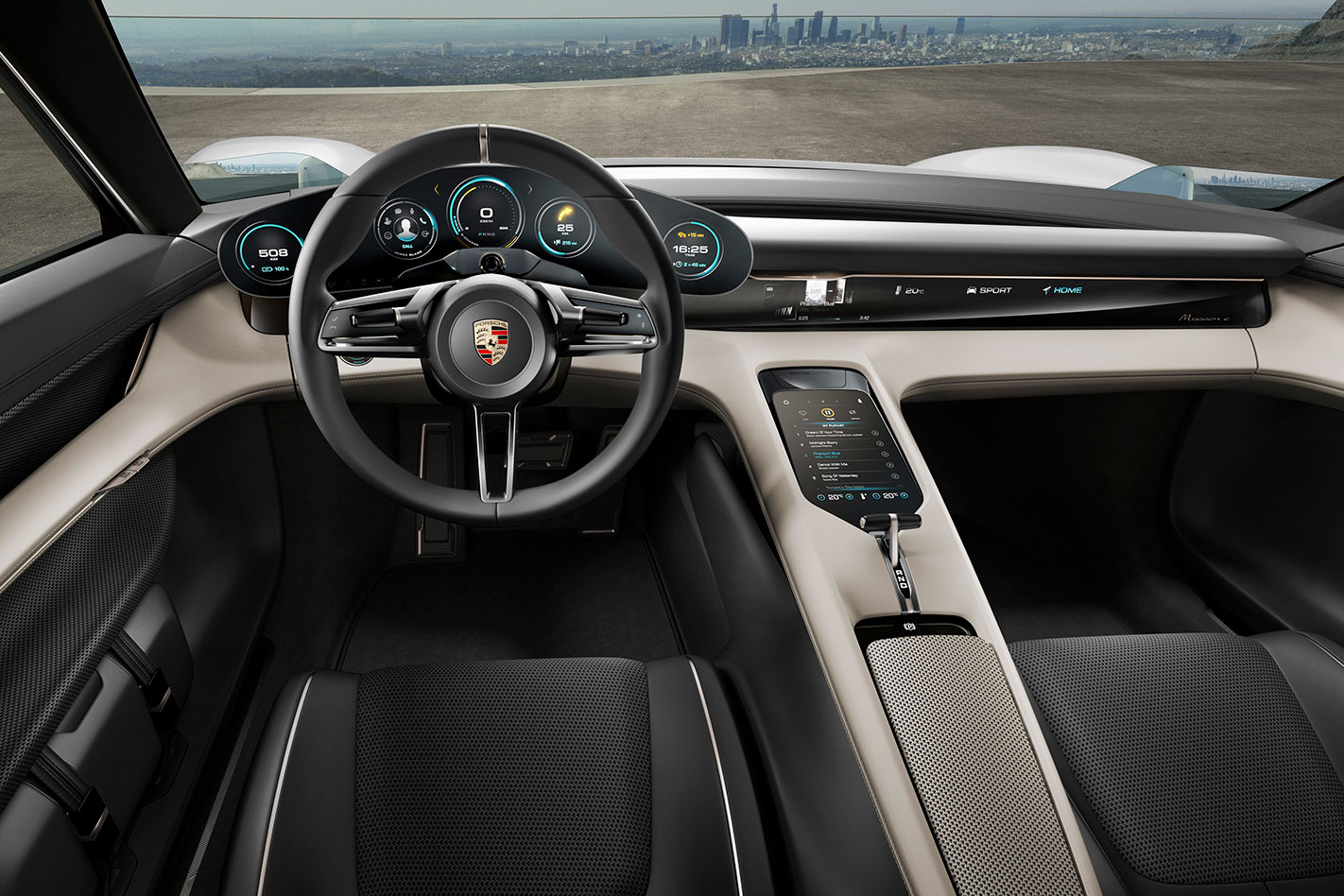 The curved instrument display uses OLED (organic light-emitting diode) technology for the five round dials ahead of the driver. Individual dials can supposedly be selected just by looking at them and pressing a button on the steering wheel thanks to an eye-tracking camera.

Porsche has also revolutionised the side mirror by deleting them all together and displaying what would traditionally be shown by an external mirror in the bottom corners of the windscreen.

In addition, a holographic display that extends the length of the dashboard allows the passenger to control media, sat-nav, climate control and vehicle functions using touch-free gesture technology, though these functions can also be controlled using the centre-console-mounted touch screen. 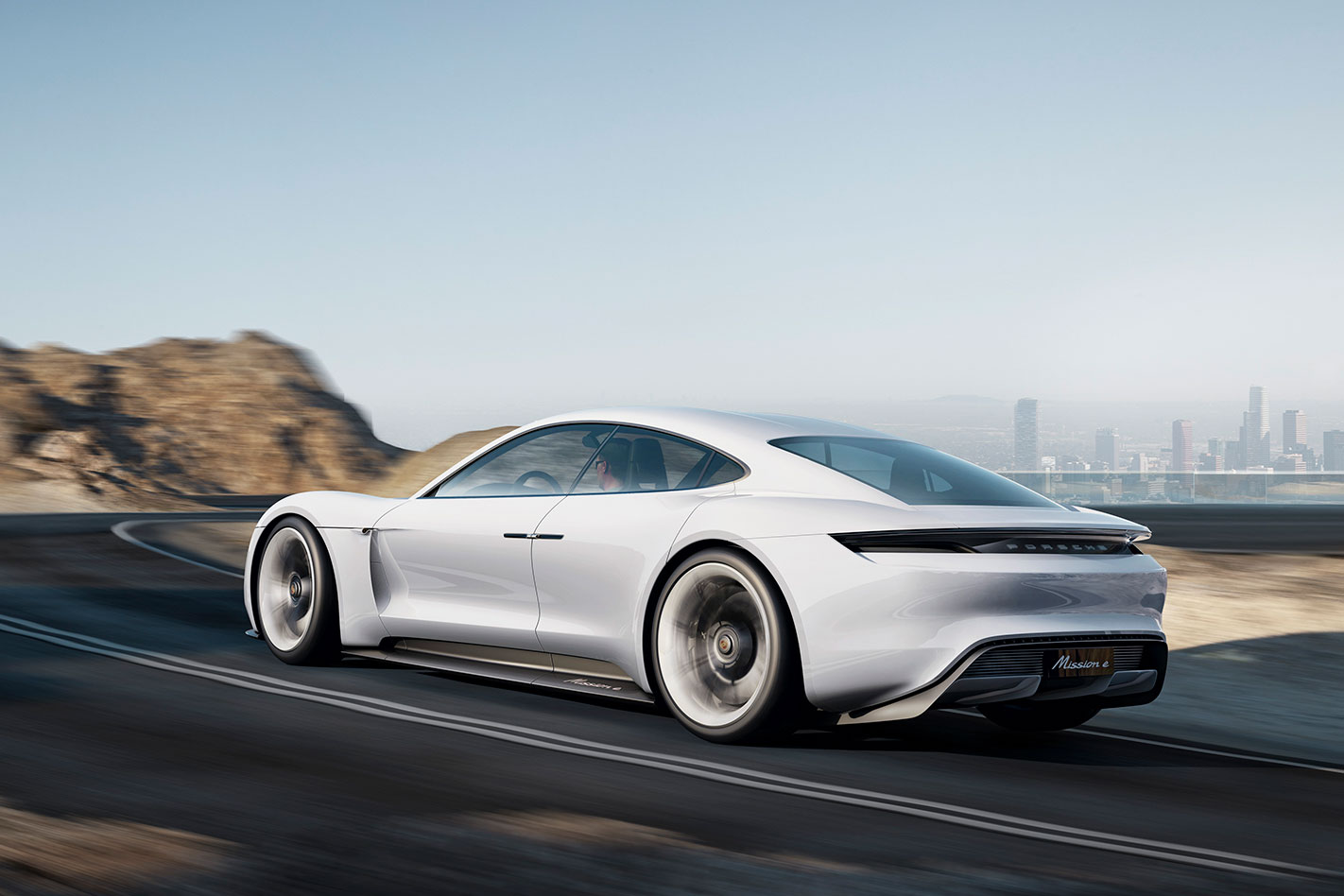 The Mission E was unveiled as part of the VW Group's giant pre-show extravaganza, a presentation that placed a heavy emphasis on electrification, with VW Group Chairman Martin Winterkorn saying the Group is preparing to release 20 new electric or plug-in hybrid vehicles by 2020.

While cars such as the Tesla Model S P85 D and Mercedes-Benz SLS AMG E-Cell have proved that battery-powered performance cars can have huge appeal, is the world ready for an all-electric Porsche? We suspect it'll arrive soon regardless.