A fitter, faster version of the Honda Civic Type R has been revealed dubbed the Limited Edition.

As the name suggests, the Limited Edition will indeed be very limited, with Honda Australia set to import just 20 examples of its ultimate hot hatch in the first half of 2021.

Nineteen of these will be offered to customers via a lottery system for $70,000 driveaway, the 20th vehicle retained by Honda Australia for promotional purposes. Only 1020 examples will be made available worldwide. 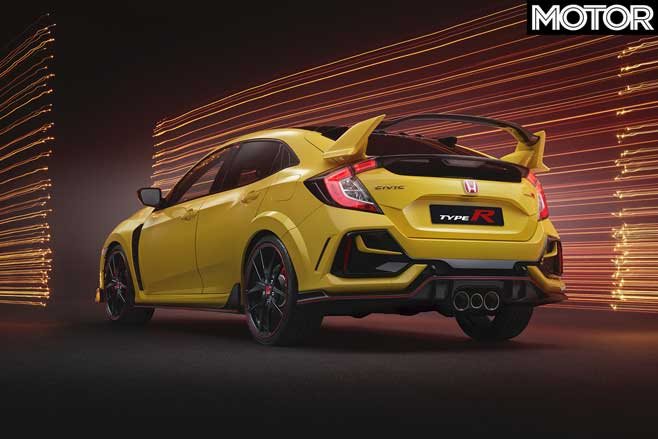 There will be plenty of disappointed Honda fans, as more than 700 people registered their interest online, a number which prompted Honda Australia to introduce the lottery system in order to give every one an equal opportunity.

Honda Australia said in a statement: "Due to the overwhelming response, a lottery system was deemed the fairest way to provide all interested customers with the same prospect of securing one of the Limited Edition vehicles.

"The coronavirus restrictions currently in place in the state of Victoria only served to reinforce this approach; to create a level playing field and ensure no person was unfairly disadvantaged by present circumstances." 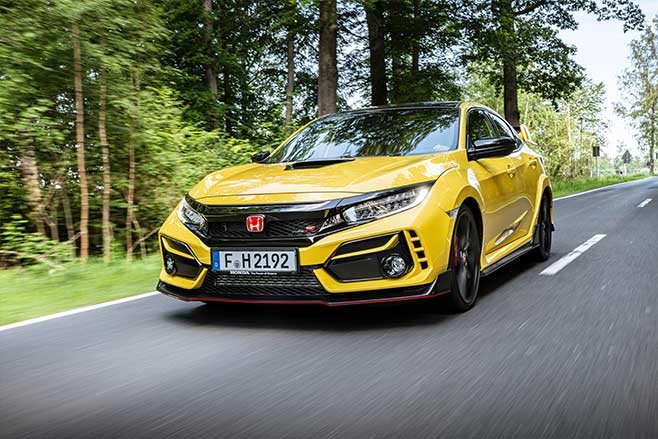 Registrations for the lottery will open will open at 9am Thursday, October 1 and run until 8pm on Saturday, October 31. Interested parties will need to visit their local Honda dealer to fill out an entry form, though Victorians in lockdown can lodge an entry via Honda Australia's Contact Centre.

The Limited Edition focuses of fine-tuning the Civic Type R’s already outstanding chassis. New lightweight 20-inch BBS wheels are shod with track-spec Michelin Pilot Sport Cup 2 tyres, while the adaptive dampers have been “optimised” and the steering recalibrated to suit. 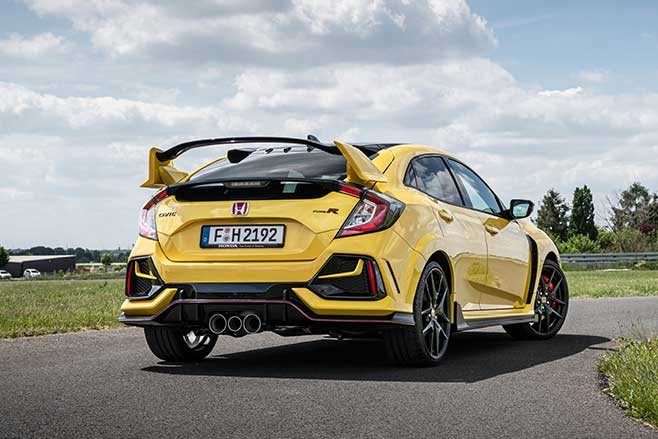 Weight is shed through the deletion of the sound deadening in the roof, rear hatch, front bumper and dashboard, but Honda doesn’t note how much weight is saved nor what effect this will have on the Civic Type R’s NVH levels.

In a cheeky potshot to French hot hatch rivals Renault, Honda’s press release states “unlike other brands’ track-focused performance hatchbacks, The Limited Edition retains its rear seats and the everyday usability for which the Civic is renowned.” Ouch. 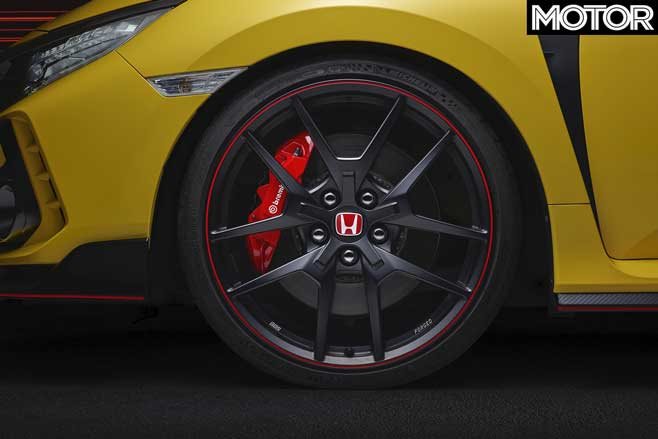 The drivetrain remains standard with the 2.0-litre turbocharged four-cylinder engine producing 228kW/400Nm through a six-speed manual and front limited-slip diff. Nonetheless, with the reduced weight and extra grip from the Cup tyres we’d expect a slight improvement on our current best Civic Type R figures of 5.68sec from 0-100km/h and a 13.66sec quarter mile at 174.92km/h. Could it dip below 5.5sec? 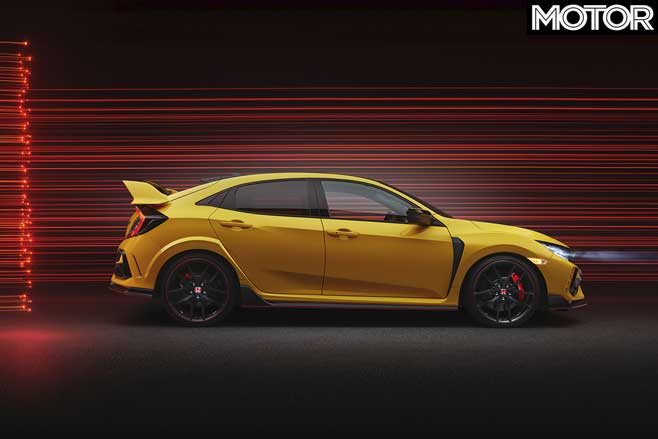 Performance monitor displays a g-monitor on the central screen, while Log Mode can record lap times using the onboard GPS and also display throttle, brake and g-force readings using the car’s onboard sensors. Finally, Auto Score records the driver’s inputs and generates a score based on how smoothly the car is being driven.

We’ll bring you more information on the new 2021 Honda Civic Type R Limited Edition as it comes to hand. 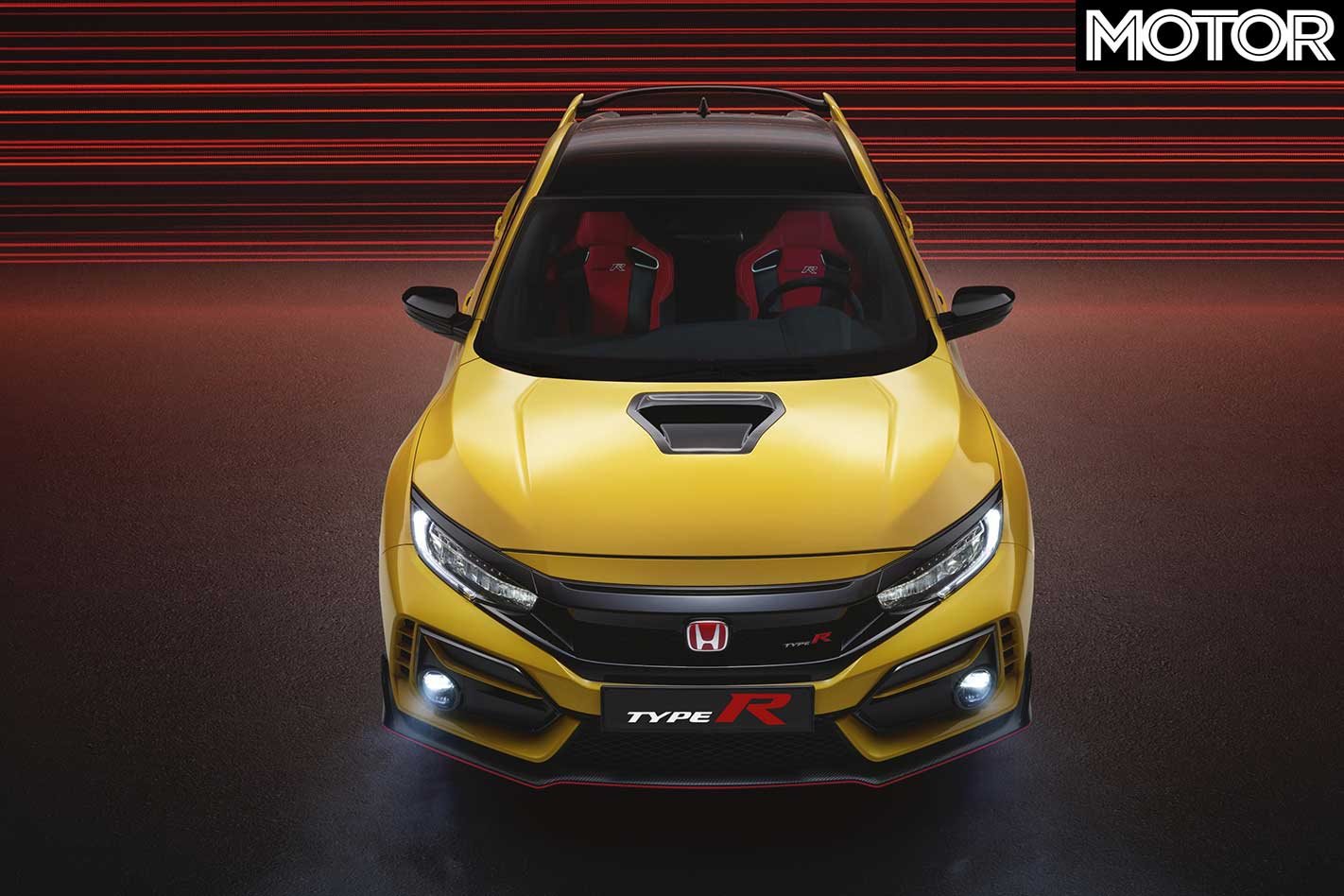 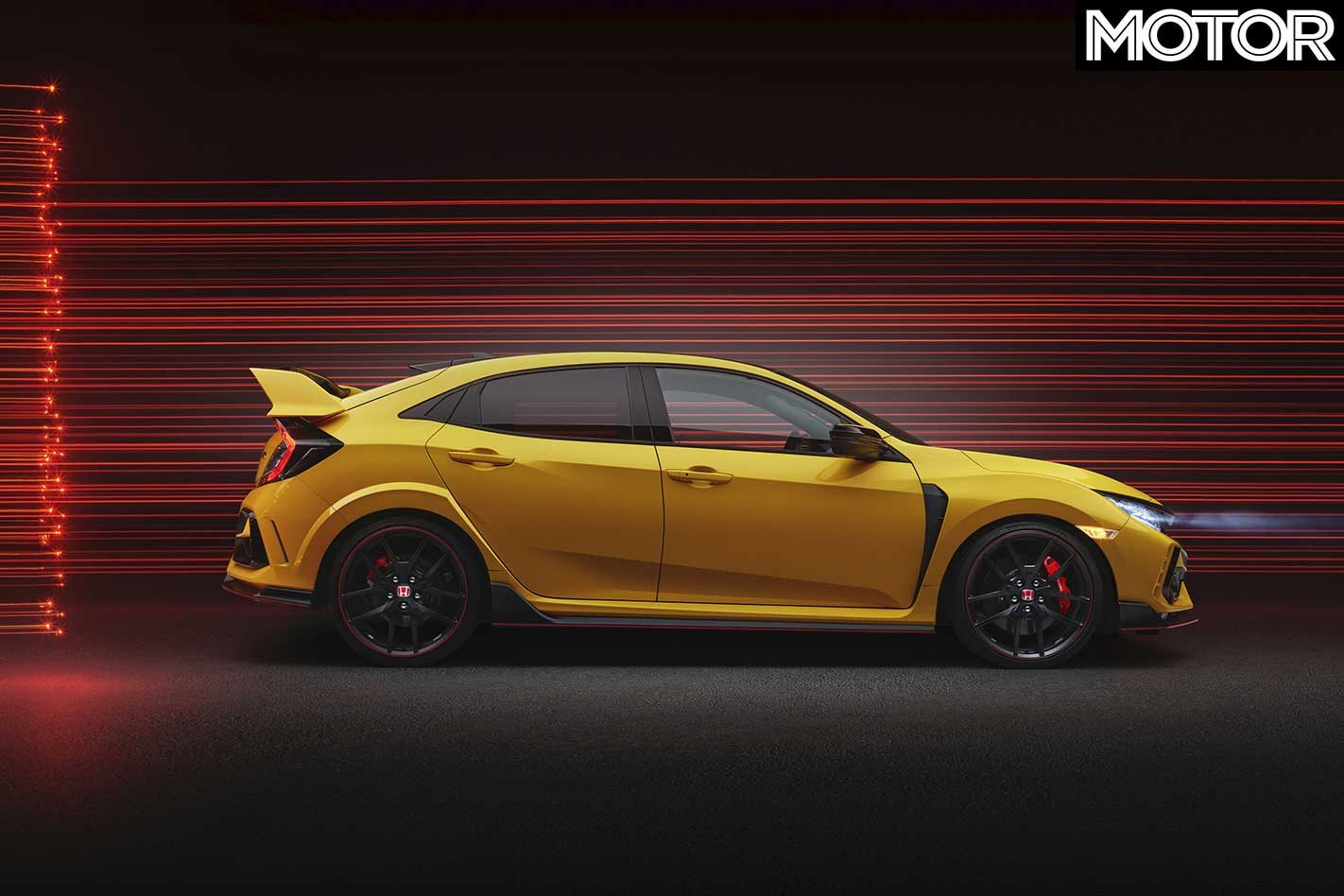 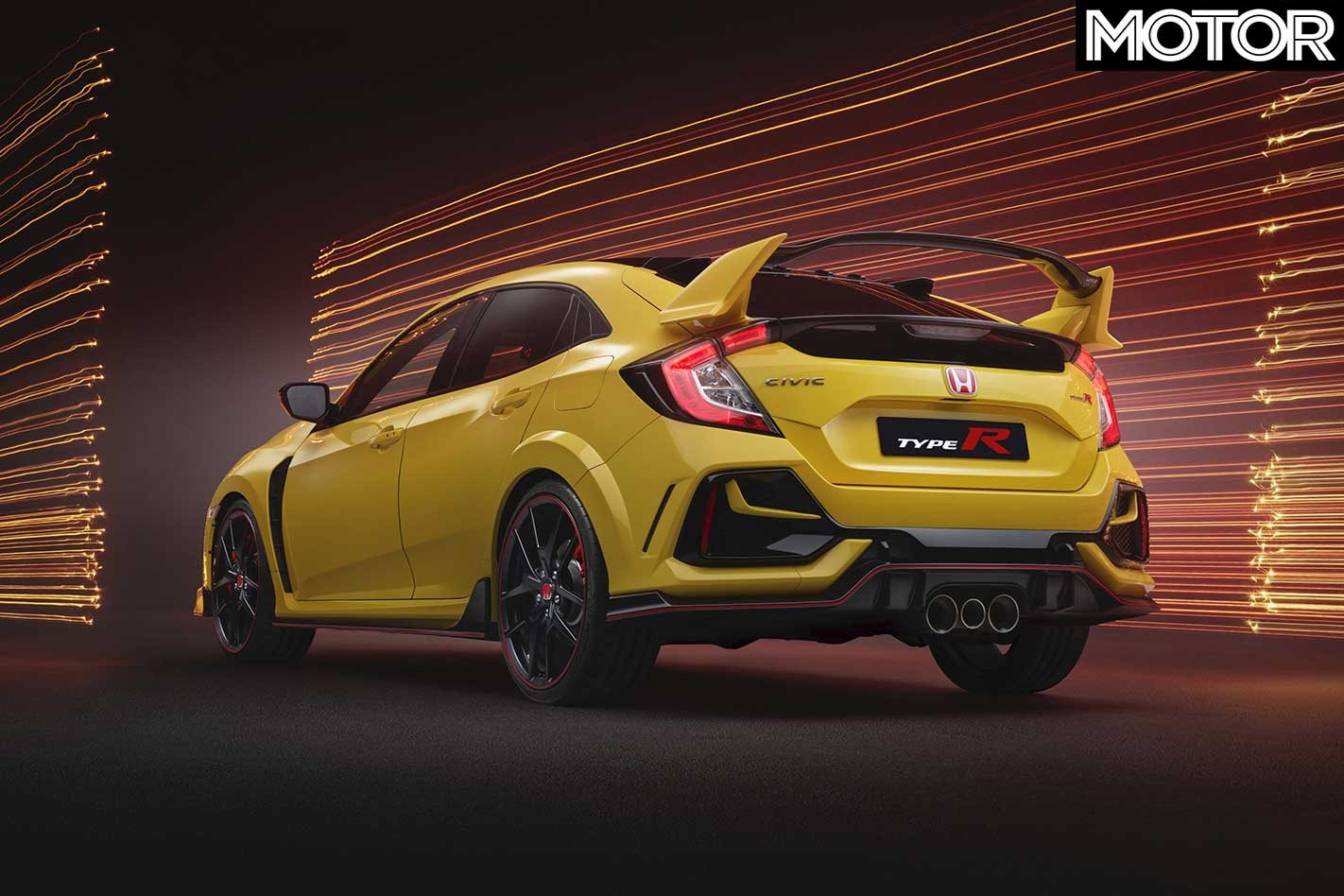 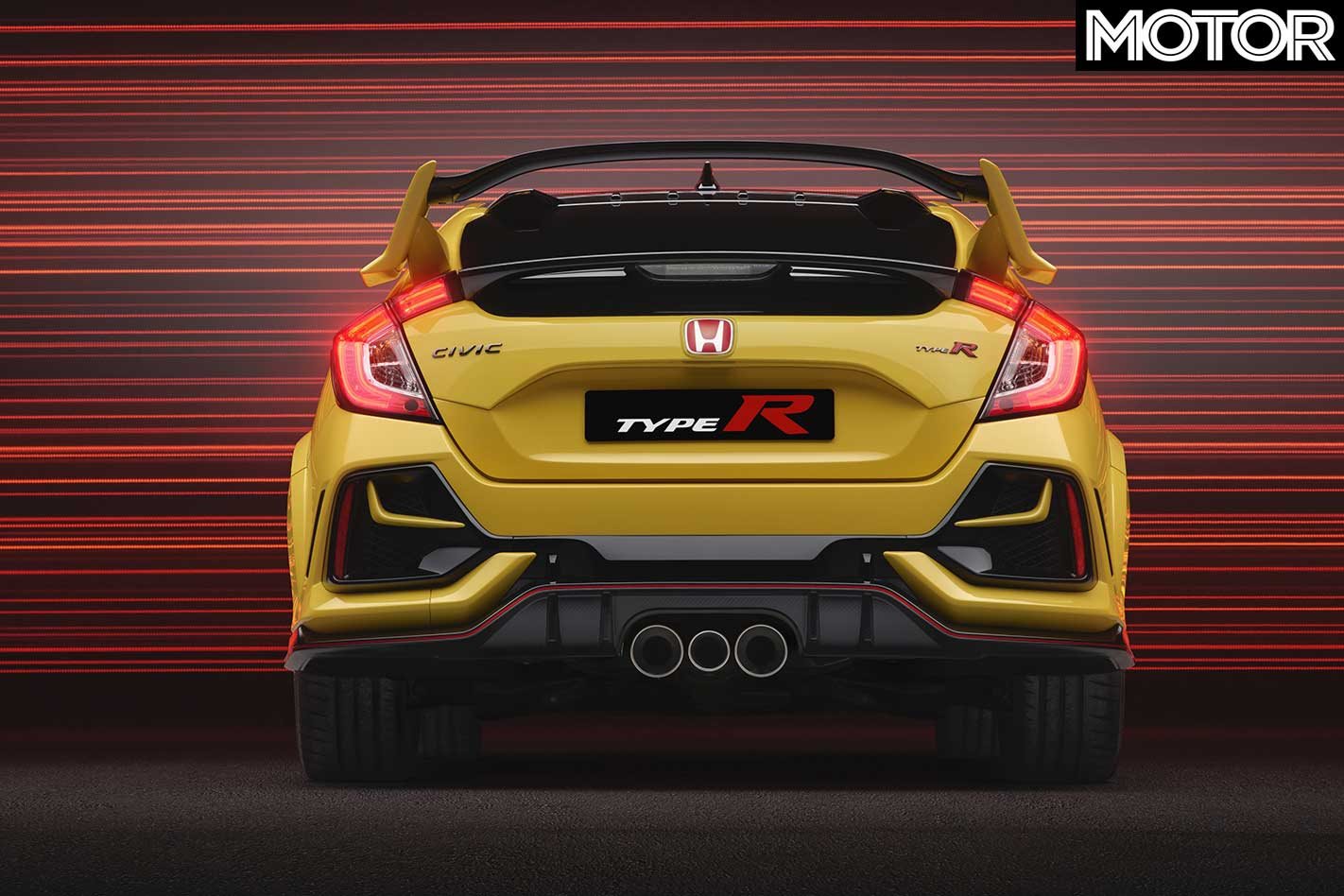 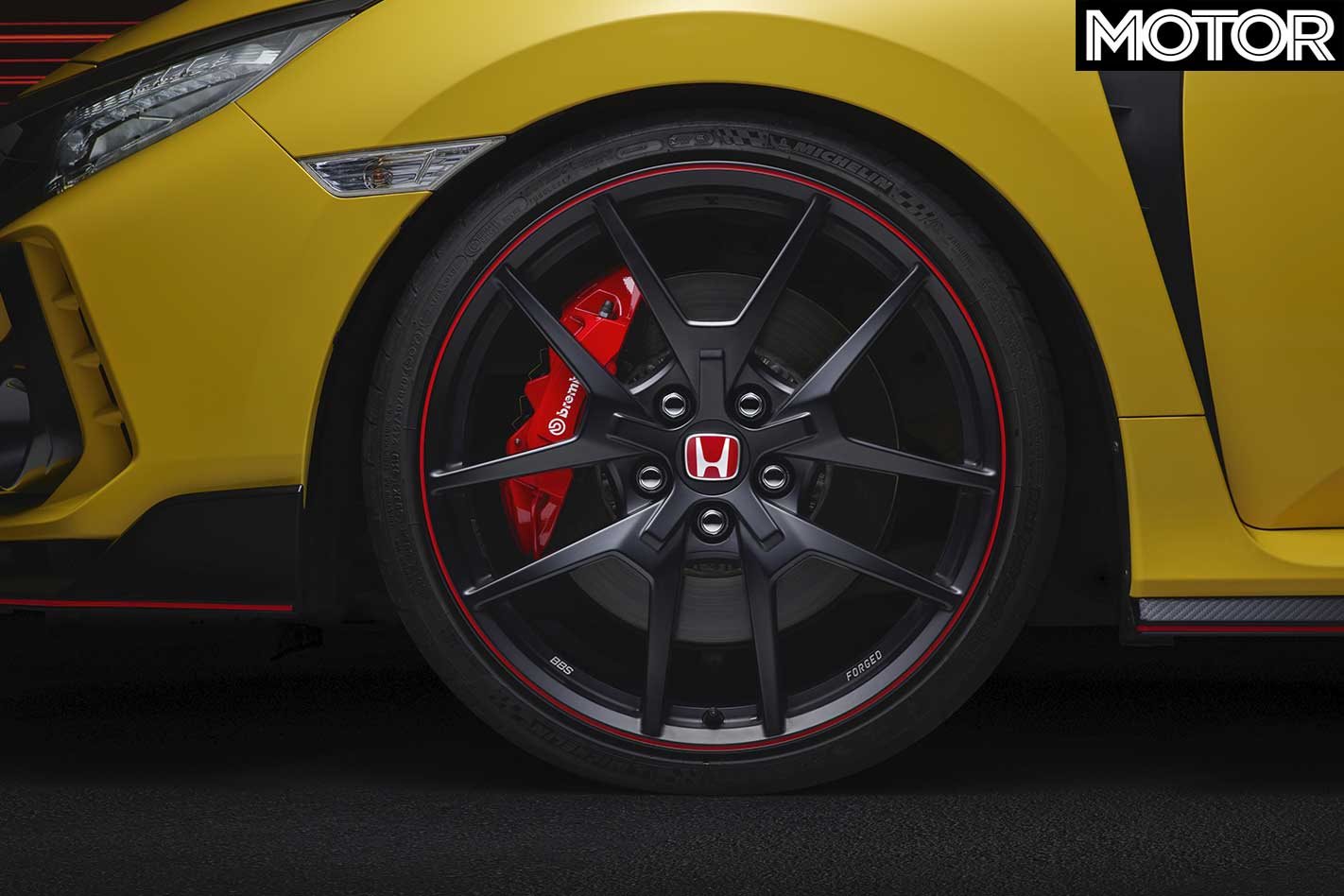