After 20 years of production, HSV has built its final long-wheelbase Grange model.

Painted in Nitrate (silver), the car wears a special build plate stating that it's the last of its kind, finished on Friday, October 28, 2016. 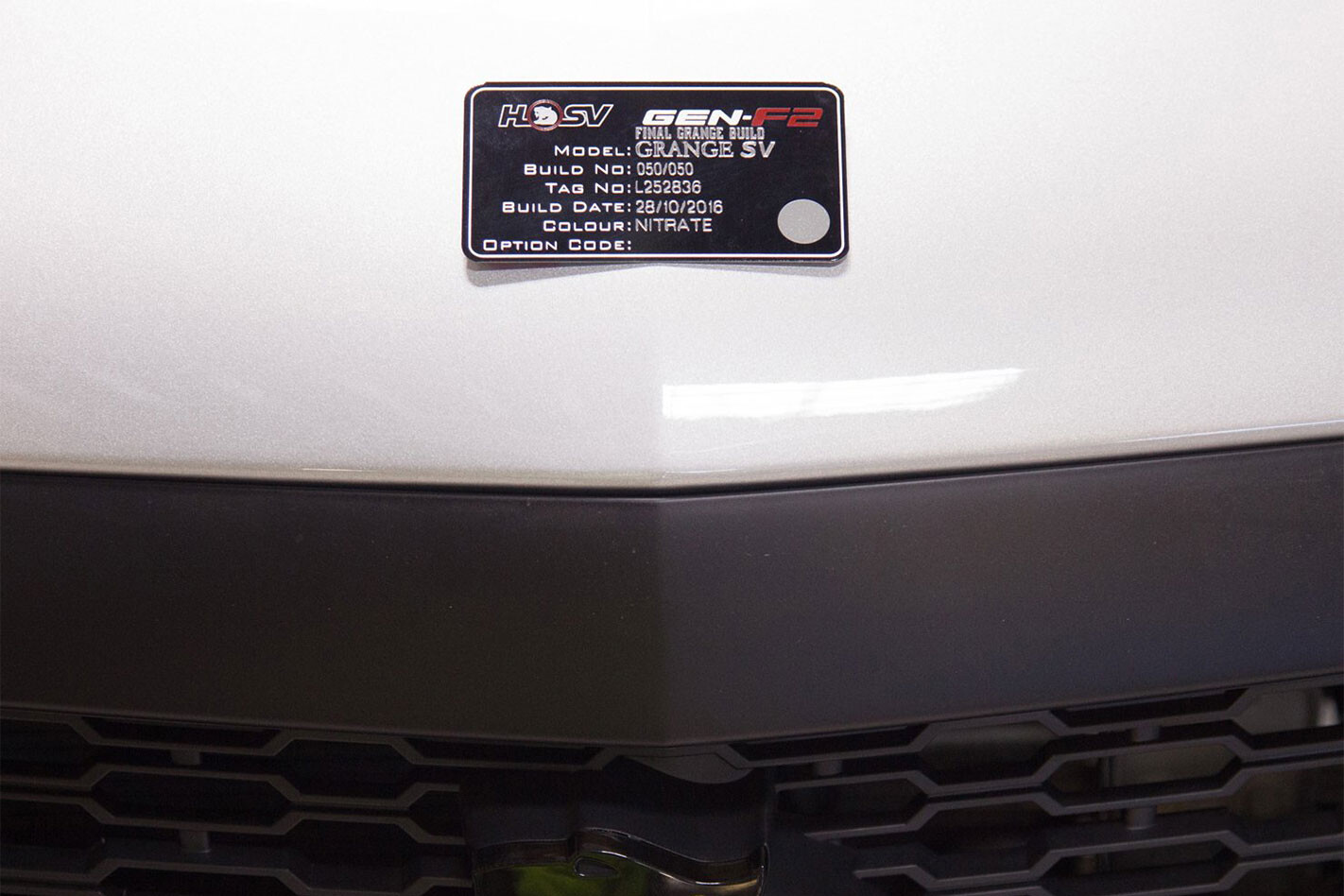 An HSV spokesman confirmed that the car has been pre-sold to a customer through Metro HSV in Adelaide, telling MOTOR: "Hopefully i'll be a great drive and a wise investment."

The Grange first appeared in October 1996 as part of the VS Series II range, available with HSV's 185kW 5.0-litre V8 or 215kW 5.7-litre stroker and a four-speed automatic as the only transmission option.

It has been a fixture of HSV's line-up ever since, all the way through to the current Gen-F2, which is powered by the 340kW/570Nm version of GM's LS3 V8, mated to a six-speed automatic. While Ford's Fairlane ceased production in December 2007, Holden has remained committed to the long-wheelbase cause, with HSV's sports limo attracting a small but loyal band of buyers.

Holden will reveal its own sports-luxury farewell model, the Director, early in 2017, while HSV is expected to farewell the Commodore with the monstrous 476kW GTS-R W1.

The Walkinshaw Group recently announced it will move facilities, signing a 15-year lease on a larger premises in Clayton South, Victoria, consolidating its many interests under the one roof.