BBC’s Top Gear unleashed Ken Block’s Hoonicorn Mustang through London and its new full 10-minute video of the day is a hoot.

There’s smoke, there’s noise, and many city sights – the formula playing out much like one of the American’s viral Gymkhana videos.

However, with a classic Top Gear twist, host Matt LeBlanc’s plonked in the passenger seat for a sight-seeing tour.

Block then becomes LeBlanc’s tour guide, albeit not a very helpful one, and the two blast around the city sideways.

Shot for a Series 23 episode the video treats us to never-seen-before footage. It was cut following backlash to the stunts performed outside the city’s Cenotaph war memorial in Whitehall. 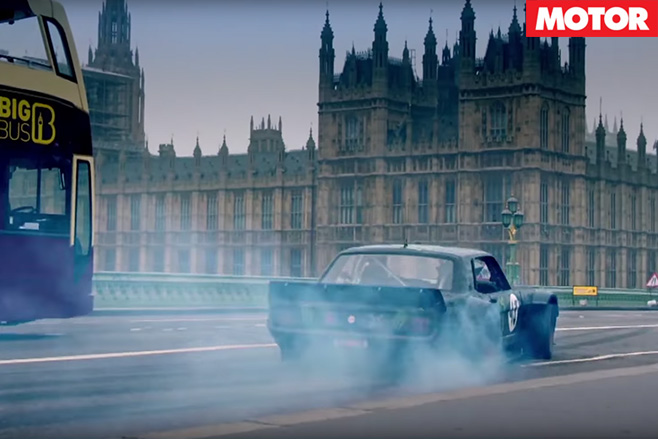 BBC did not air that particular scene, and it hasn’t snuck into this video either, but Block and LeBlanc manage to smoke-screen a fair amount of icons.

Of course, Block’s flat-out driving means he isn’t very interested in LeBlanc’s plans, the host pleading at one point, “we can talk about some of these sights I’d like to see… when you get a minute”.

But the pair’s role-playing will find chuckles among audiences as they make their way from London’s docks, to Canary Wharf, then Tower Bridge.

The video finishes in epic style, with a police chaperone to Buckingham Palace and helicopter-assisted exit from the city.

Block, who’s yet to release his Gymkhana 10, has a lot to follow after this in his own series. But the promise of the Hoonicorn now a methanol-slurping twin-turbo beast, sacrificing piles of tyres, should be satisfying enough. 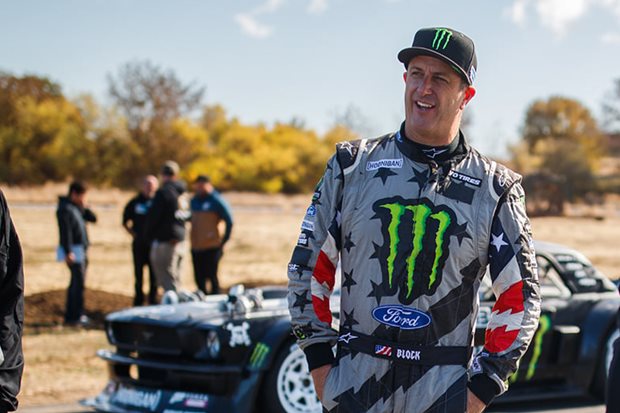