Disappointed about the Stinger’s lack of aural drama? Kia Australia has developed a remedy for that

“NO acoustic excitement” – that was one of our key takeaways from our first drive of the V8-rivalling, rear-driven, twin-turbocharged Kia Stinger GT sports sedan back in September.

Not so much of an issue for four-doors like, say, Kia’s own Optima, but when you’re trying to stoke the emotional responses of driving enthusiasts then having some aural theatrics certainly helps. Thankfully, Kia Australia has a solution: a $2659.99 dealer-fitted bi-modal exhaust system that adds a more aggressive voice to its athletic sedan. 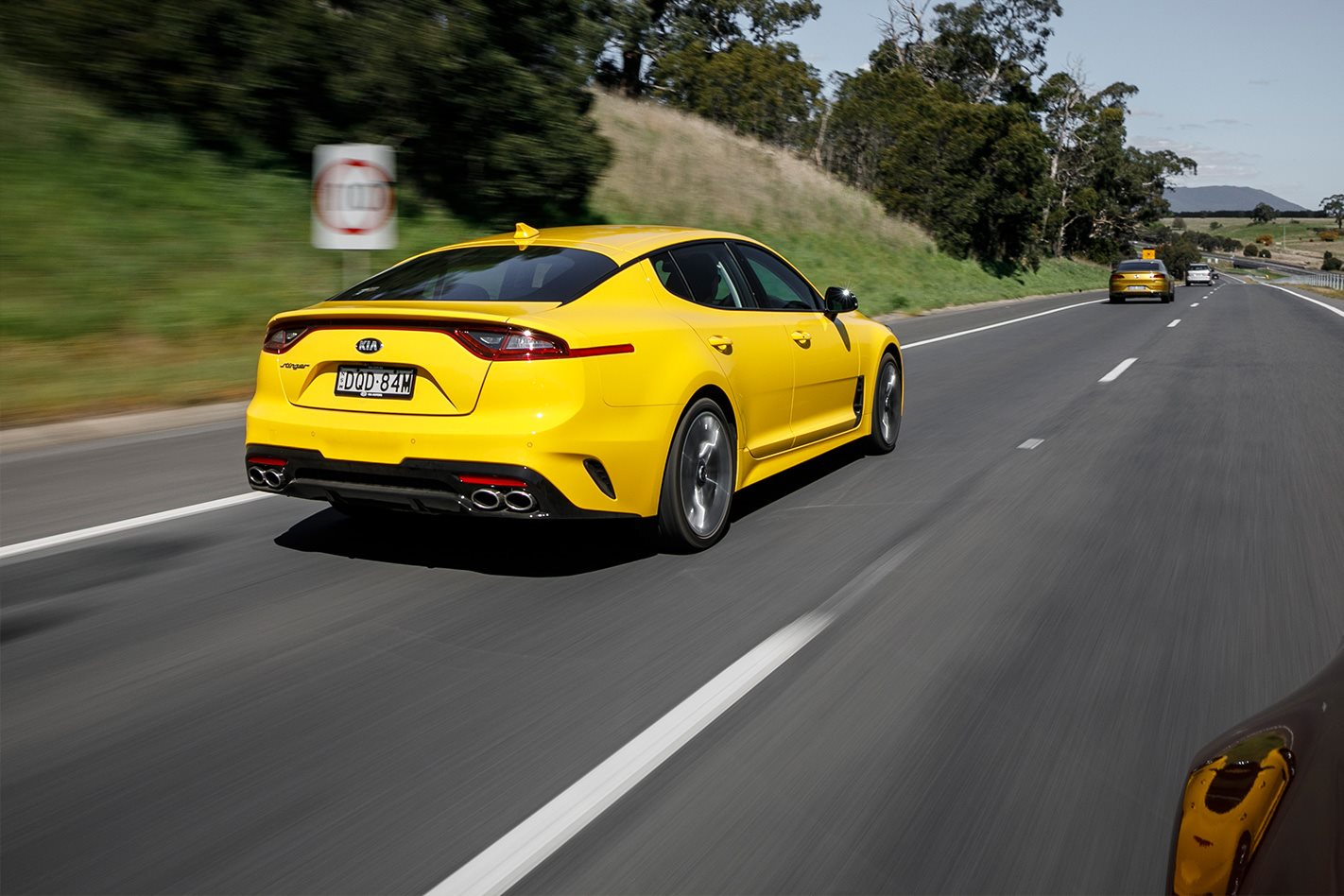 Originally intended to be ready at the Stinger’s local launch in October, the locally-developed bi-modal exhaust replaces the conventional rear mufflers with a set of electronically-switchable pipes. With its bypass valves closed the optional exhaust is quiet and refined, while selecting Sport mode directs the valves to open and free up gas flow – delivering a note that’s louder and more sonically satisfying than the standard plumbing.

The optional exhaust is available for order now, and so far dealers have snapped up 140 sets in anticipation of strong demand. The good news for existing Stinger owners is that the system is fully retrofittable by any Kia dealership, and costs the same as if it were optioned on a brand-new car.

The exhaust can be fitted to any V6-powered Stinger, too, not just the top-shelf Stinger GT.

As the above video shows, the standard pipes comprehensively strangle the V6’s exhaust note, and are easily out-shouted by the induction roar coming from the Stinger’s engine bay.

Since launch, the Stinger has so far notched up 223 sales for Kia Australia with 90 percent of those orders being V6-engined models – and the bulk of those being for the range-topping $59,990 Stinger GT. 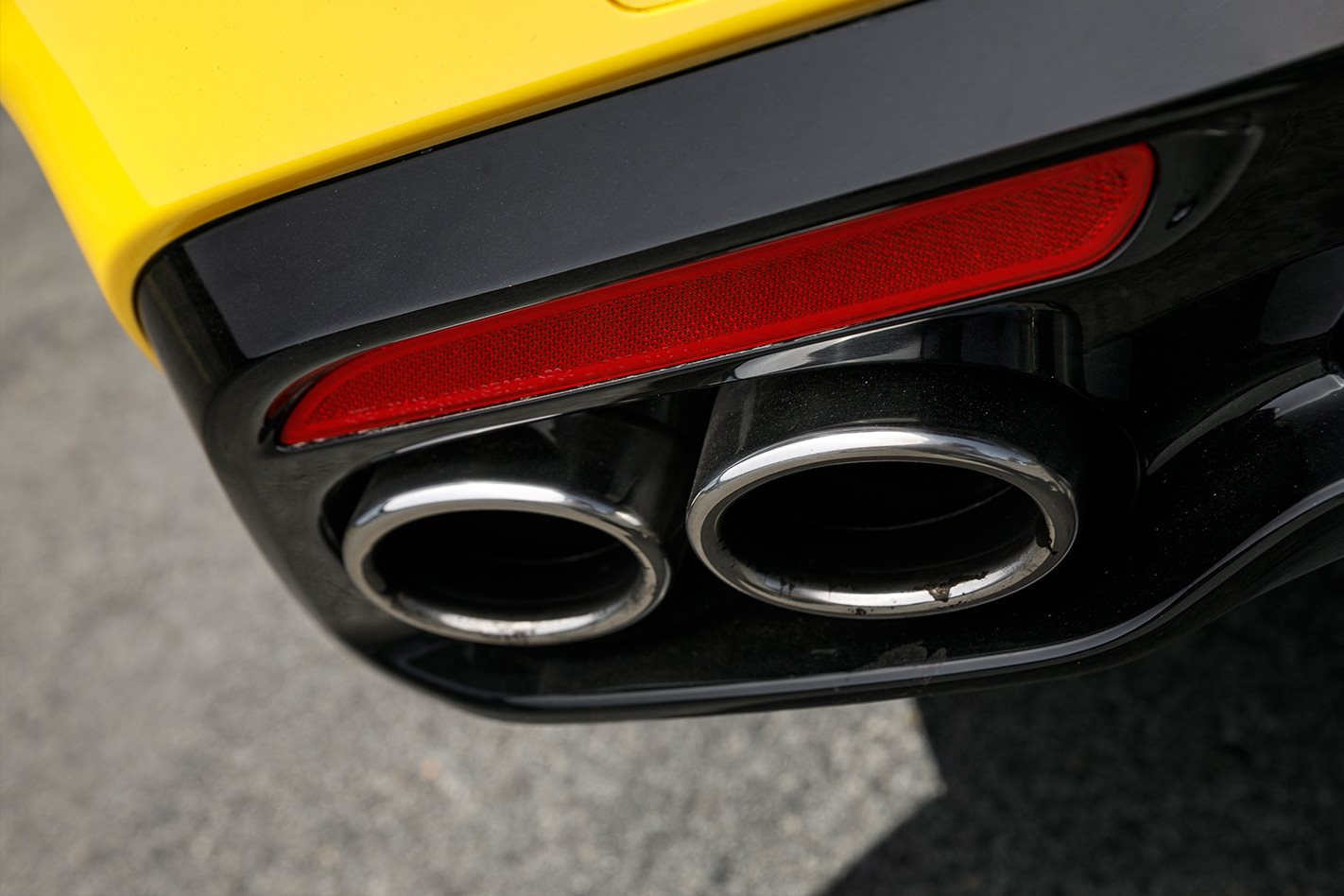 Powered by a 272kW, 510Nm twin-turbocharged 3.3 litre petrol V6 and taking drive to the rear wheels via an eight-speed auto, the Stinger, as a performance-oriented large sedan, is the first of its kind for Kia. A 2.0-litre version is also available in Australia, offering 182kW and 353Nm, but it’s the V6 that’s the performance star. In Wheels testing, the Stinger recorded a swift 4.9-second 0-100km/h sprint time, enough to shame a Commodore SS V Redline in the same test.

The new optional exhaust has no effect on performance numbers, but at least Stingers across the country will now sound half decent as they claim V8 scalps. 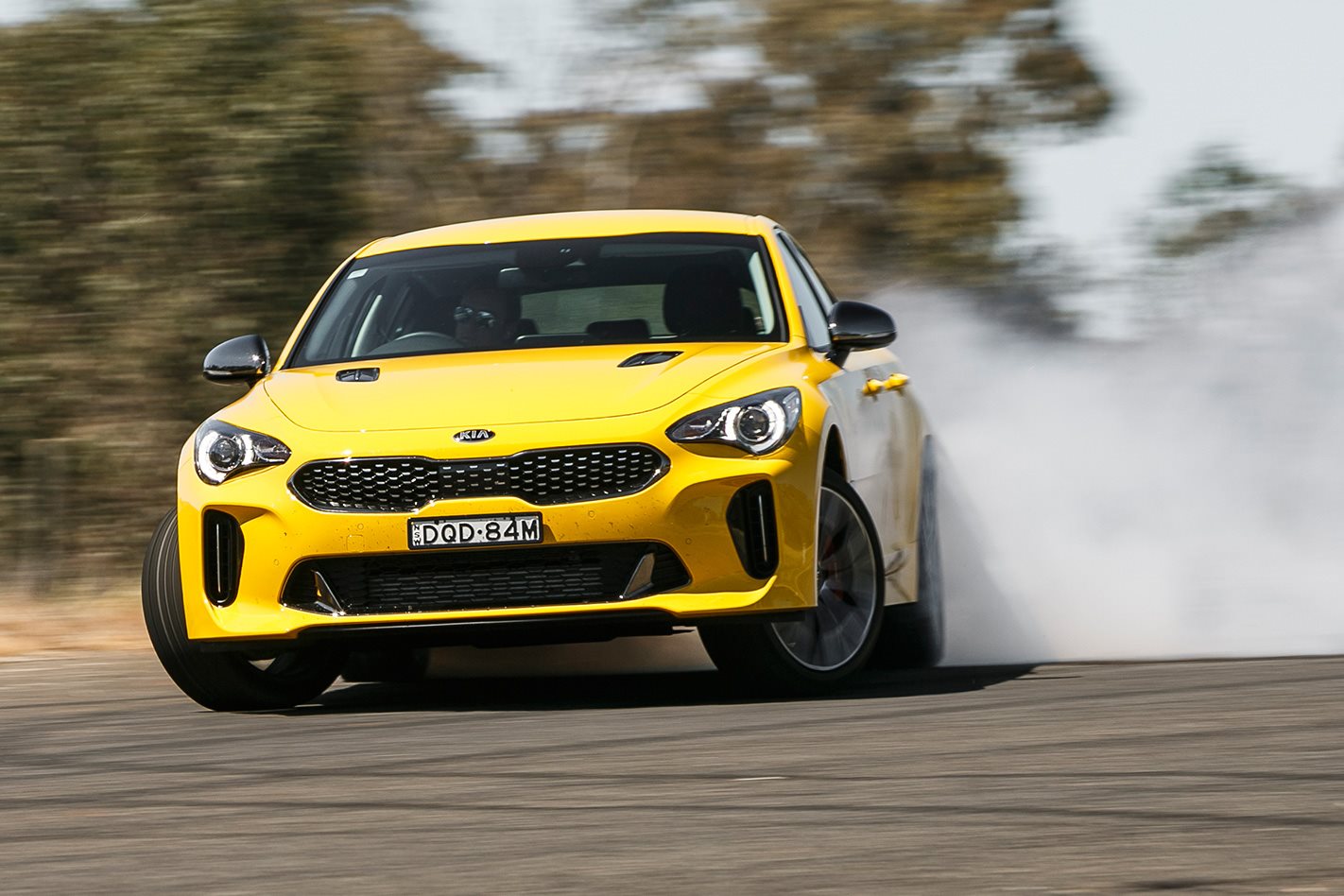