The Italian brand also says to expect something "unlike anything the world may have seen before," though if the new creation is the Sian Roadster we're expecting, that's a flat-out lie. It would be hard to argue that a Sian Roadster is unlike the Sian coupe, which we most certainly have seen before. Stay tuned for the reveal, which MOTOR will bring to you on July 9.

Another frustratingly vague teaser has been released by Lamborghini, with just the phrase “ahead of its time” and a clue regarding the brand’s “newest creation” as a guide.

But a hint in the design of the teaser ‘card’ itself points in the direction of a car that already exists, the Lamborghini Sian FKP 37. Surrounding the two main text blocks on the image are geometric graphics that resemble the headlights and other design elements of the Sian, leading to speculation that a Sian Roadster is around the corner.

Lamborghini is leaning into spruiking the technology in the Sian as the answer to hybrid performance cars in the future, matching up with the idea that a topless Sian would be “ahead of its time” even though the car already exists… sort of, at least. 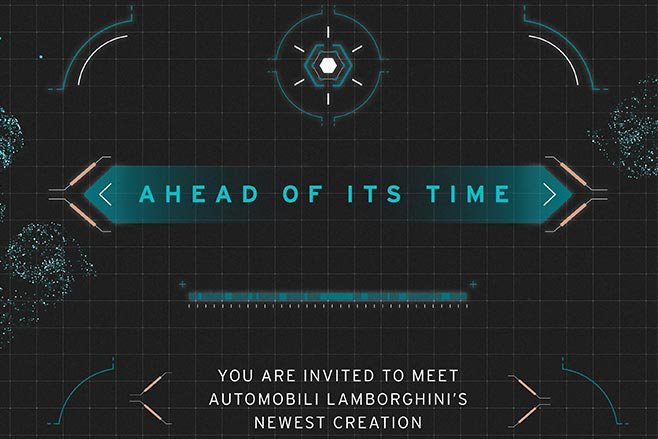 Slated for reveal at July 8 at 6PM CEST, which is 2AM on July 9 for Australia’s eastern states, the new model is unlikely to be linked to Lamborghini’s already mostly-revealed SCV12 track car, which is in essence a V12 track beast reflecting comparatively traditional Lambo values.

The Sian, on the other hand, is powered by a 577kW atmo V12 engine assisted by a supercapacitor and electric motor combo, which add 25kW to the output for a total 602kW. The capacitors serve as an alternative to (much heavier) batteries used by most hybrid cars, and they can charge and use energy much faster. 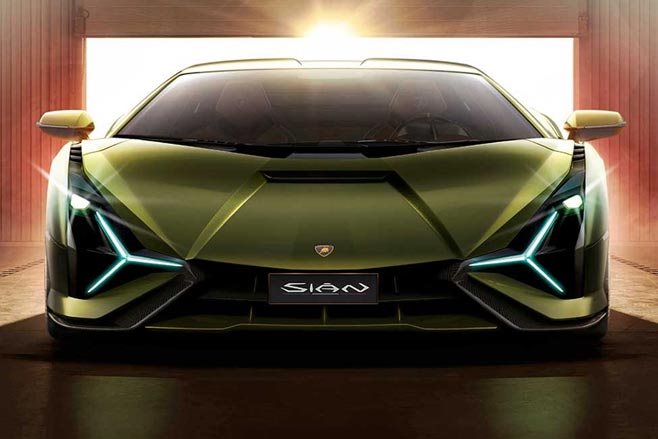 The Sian can use the motor, linked to its gearbox, to drive entirely on electric power for a (very) short distance at (also very) low speeds or to provide a power boost under acceleration. It can also fill the drop in torque which causes clunky movements during gearchanges.

Given the Sian is a preview for the replacement to the Aventador, it could be said the Sian and a Roadster version would indeed be ahead of their time. Either that, or it’s something related that Lamborghini is revealing before it originally planned to. Stay tuned.