ICONIC UK company Land Rover Classic Works has announced it is producing 25 V8 Defenders this year, and they want lucky punters to compete in the Land Rover Trophy at the equally iconic Eastnor Castle; the venue which many call the spiritual home of Land Rover.

If you have ever dreamed about entering the historic Camel Trophy event that ran through the 1980s, in a V8-powered Defender, this is the story for you.

These exciting vehicles will be based on re-engineered 2012-2016 Defender Works V8 models, which will feature a 5.0L V8 Engine and eight-speed ZF automatic transmission. The motor is claimed to put out a healthy 298kW and 515Nm, so these are certainly a very long way ahead of the tractor-like diesels commonly found in the old Defender. 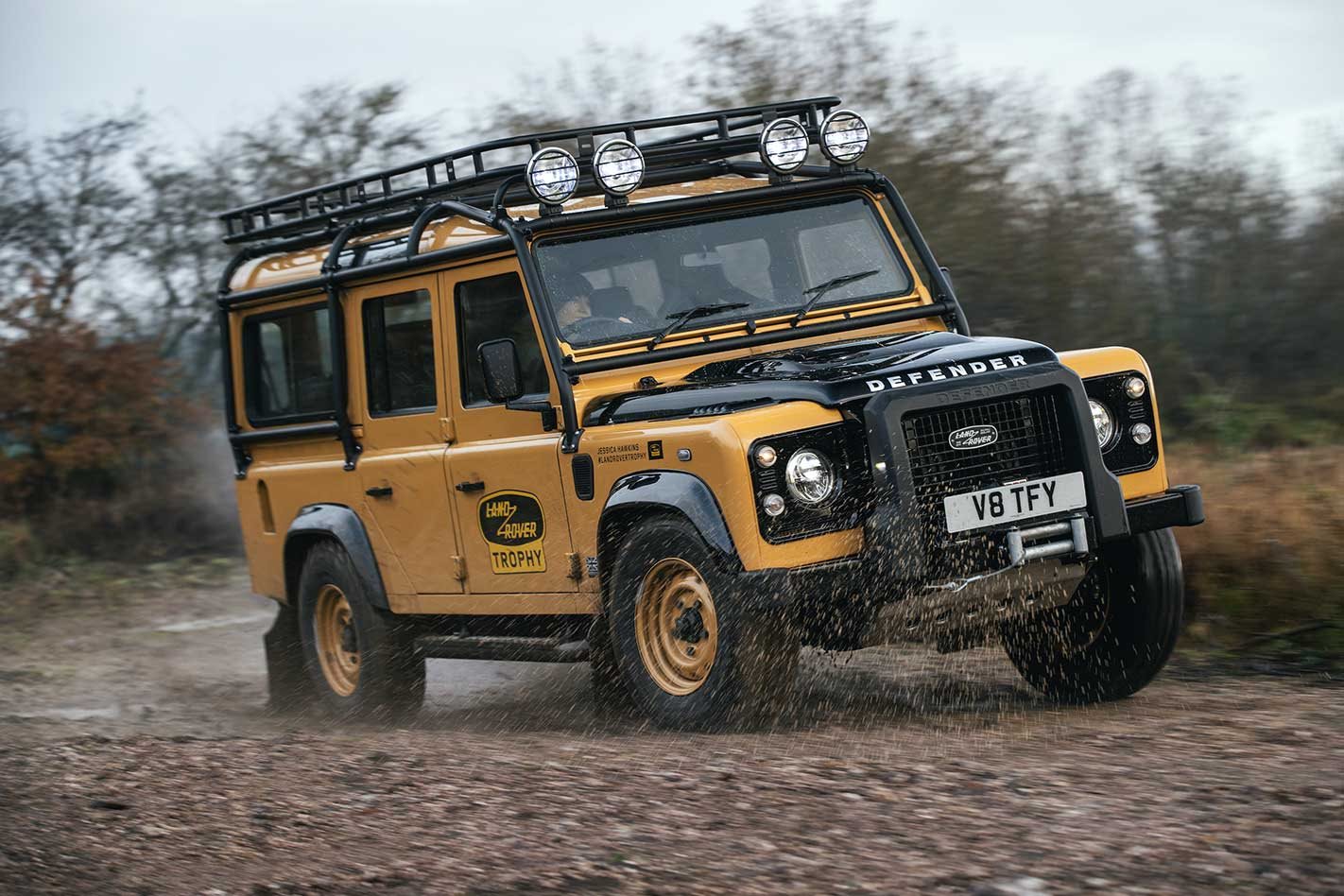 Interiors have been freshly decked out, too, with modern features such as Recaro sports seats with yellow stitching detail, full black Windsor leather trim and a rather interesting Land Rover Trophy clock face by English watchmaker Elliot Brown.

There will be both 90 and 110 wagon models built in the program, all to be painted in any colour you like, as long as it’s Eastnor Yellow with contrasting black paint on wheel arches, bonnet and rear door.

No serious off-roader would be seen competing in a stock vehicle, which is why there’s an additional All Terrain kit, which includes off-road essential such as a raised air intake, LED lighting, mud terrain tyres and a multi-point expedition cage with roof rack. 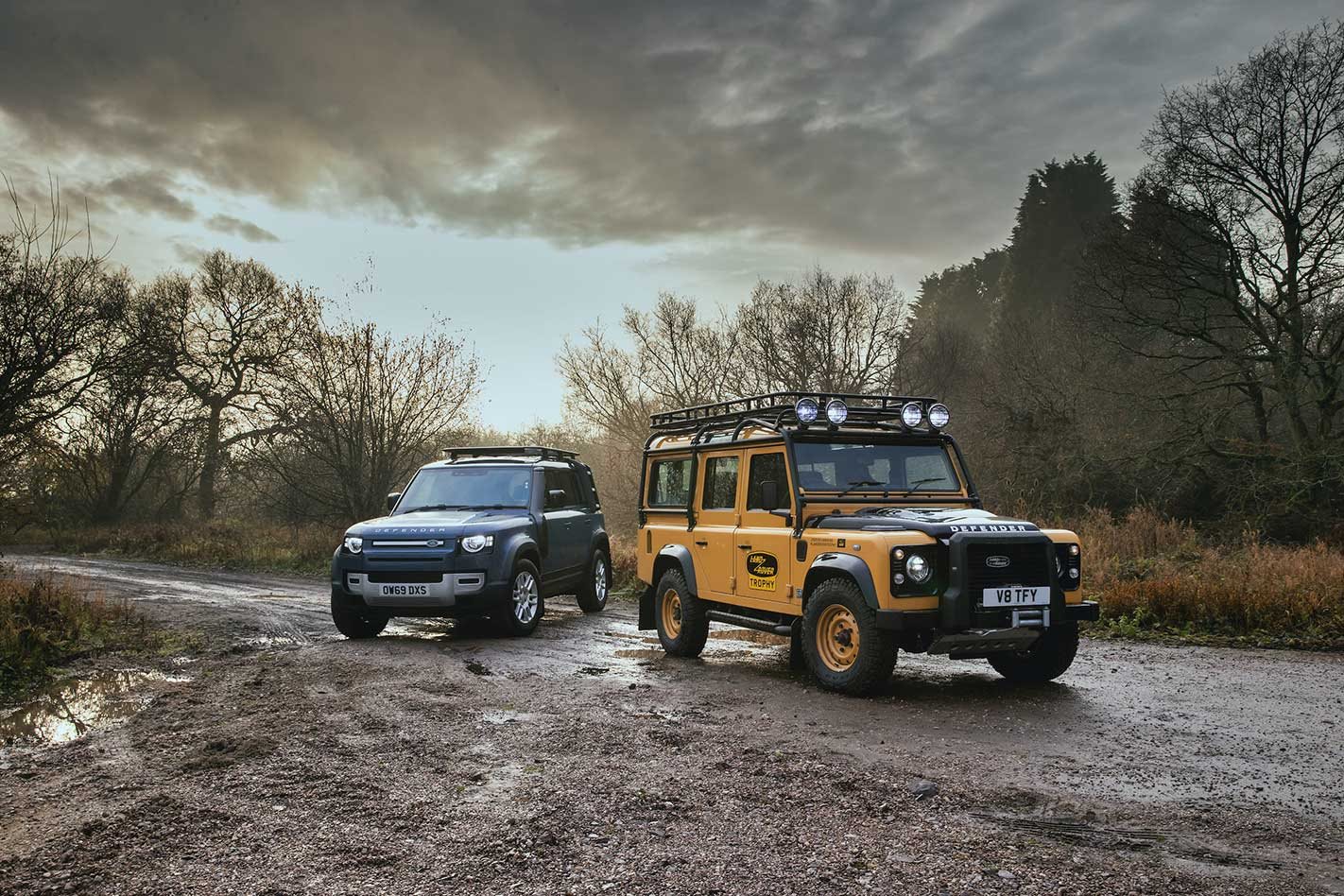 All of those lucky enough to snap up one of the 25 vehicles produced will then be invited to compete in the uber-exclusive event, which runs over three days at Eastnor Castle based in Herefordshire.

To make things even more interesting, this will be the first time the owners will be allowed to drive their V8 Defenders. Thankfully, expert tuition is included as part of this exciting adventure, with one-on-one training available allowing owners to push their vehicles and skills to the limits. This is a competition, so there are a range of prizes on offer including a grand prize for the overall winner.

“The Land Rover Defender has always been more than just a vehicle, its engineering capability and suitability for overland expedition and all-terrain competition means it’s renowned with getting away from it all. The new Land Rover Trophy will bring this to life for a new generation of adventurers,” said Dan Pink, Director of Land Rover Classic. 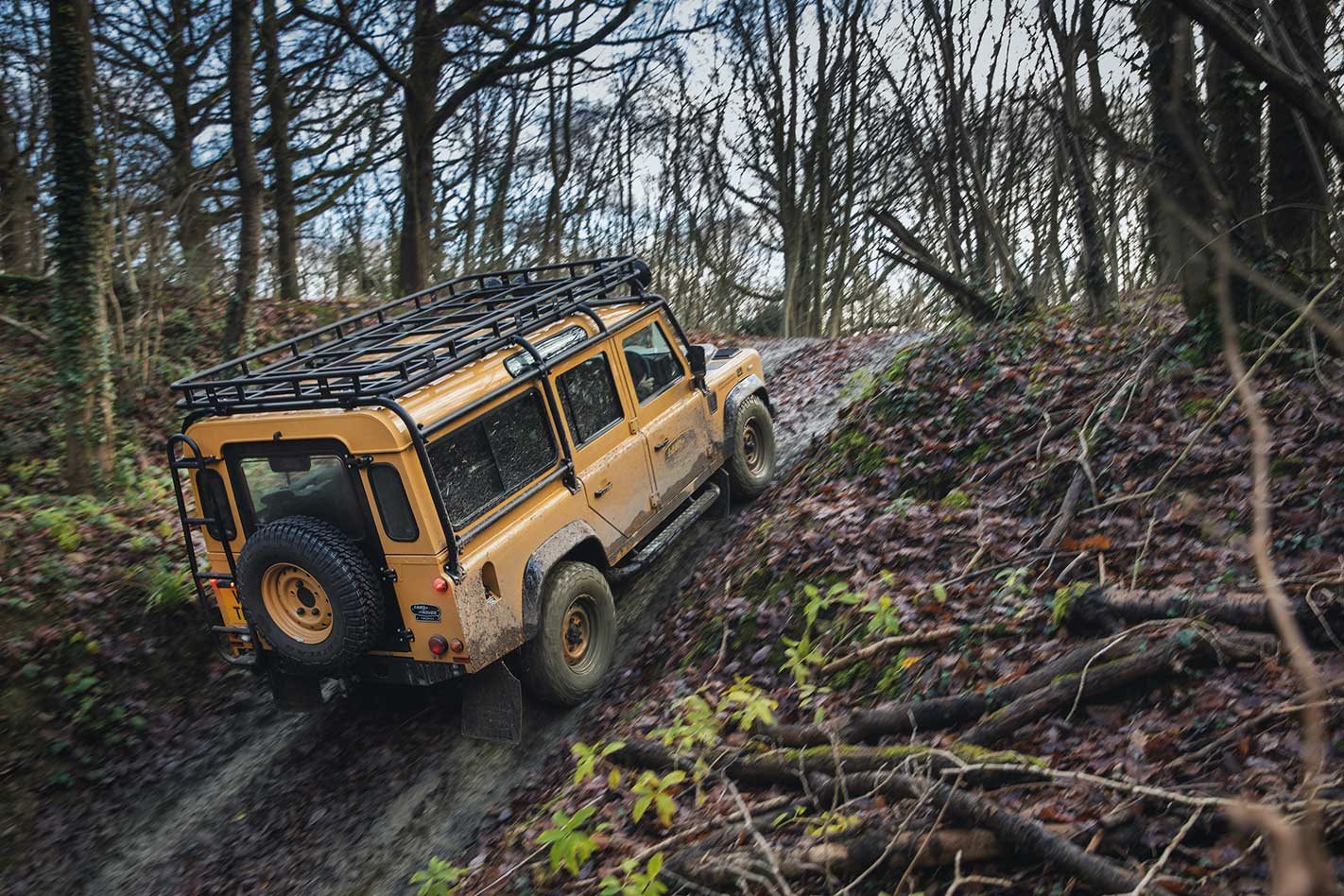 “Experiences are a key part of Land Rover Classic’s DNA and this whole concept comes directly from feedback we’ve received. Our customers want to create their own stories, battle scars and patina with their Works V8 Trophy vehicles from day one, fuelling campfire chats with like-minded enthusiasts.”

In a nod to heritage (something Land Rover has always done well), on arrival teams participating are invited to make their own touches to the vehicle. Things like adding their names and flags from respective countries.

This won’t be a cheap holiday, though, with prices looking to come in at well over $300,000. Who says money can’t buy you happiness? 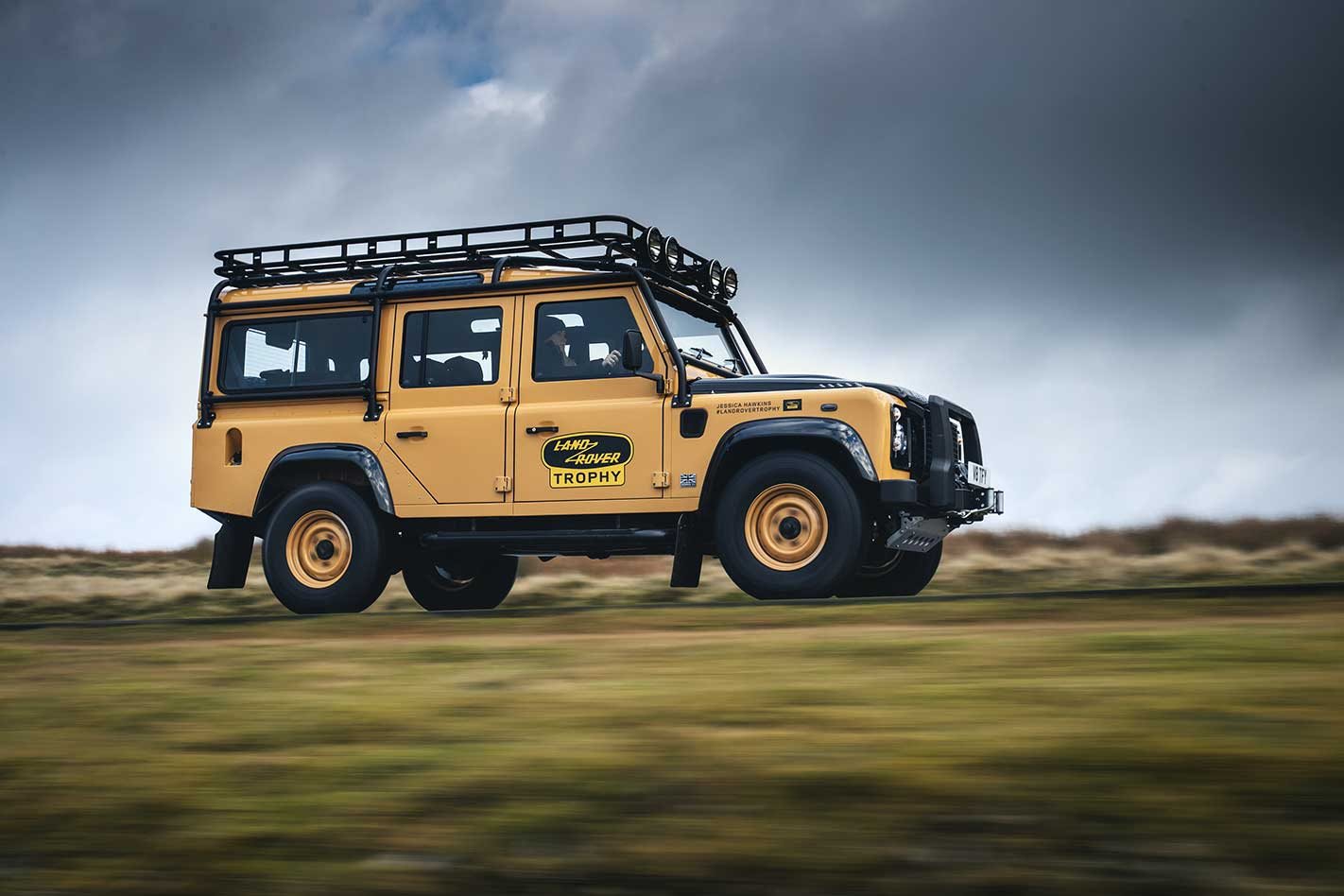 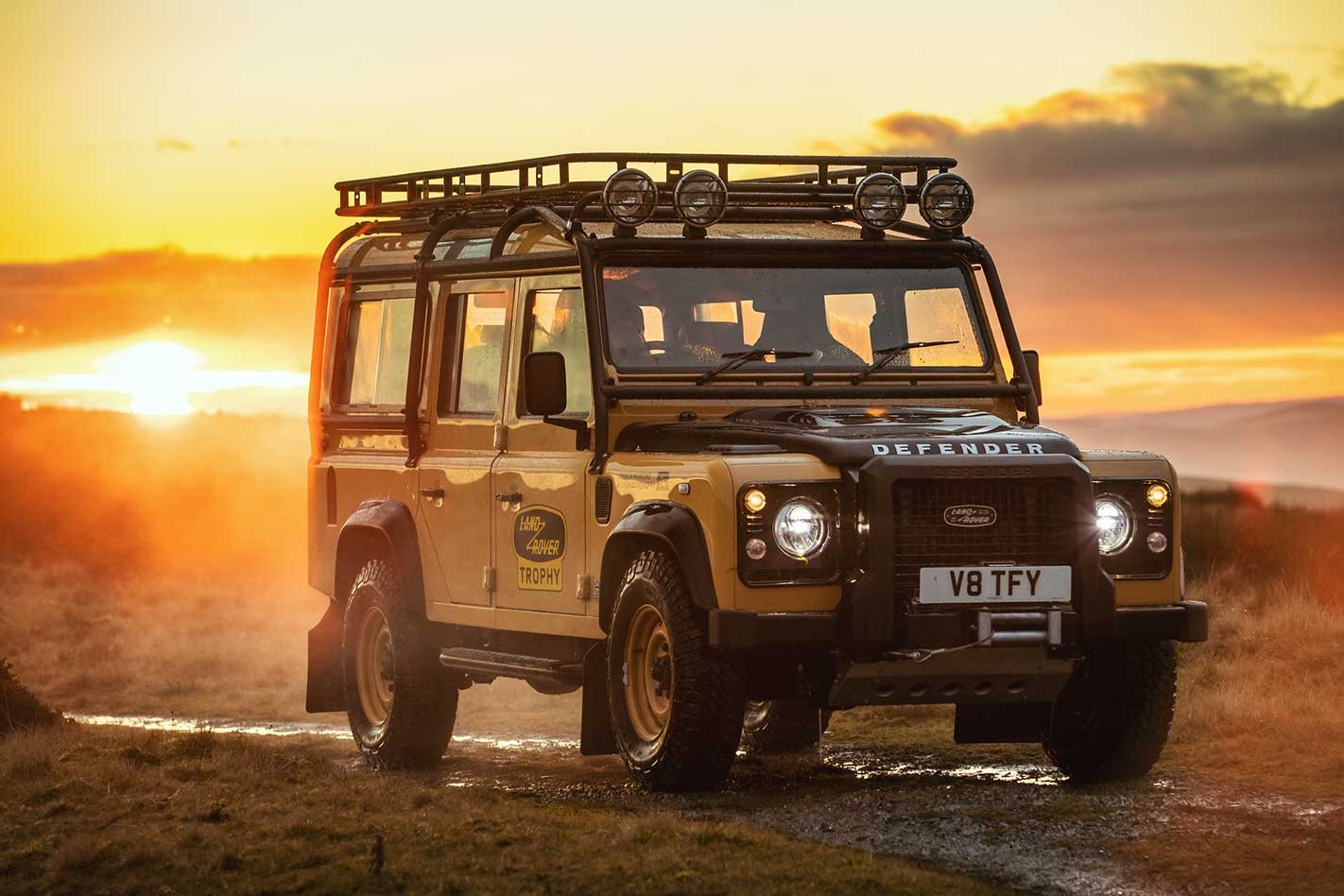 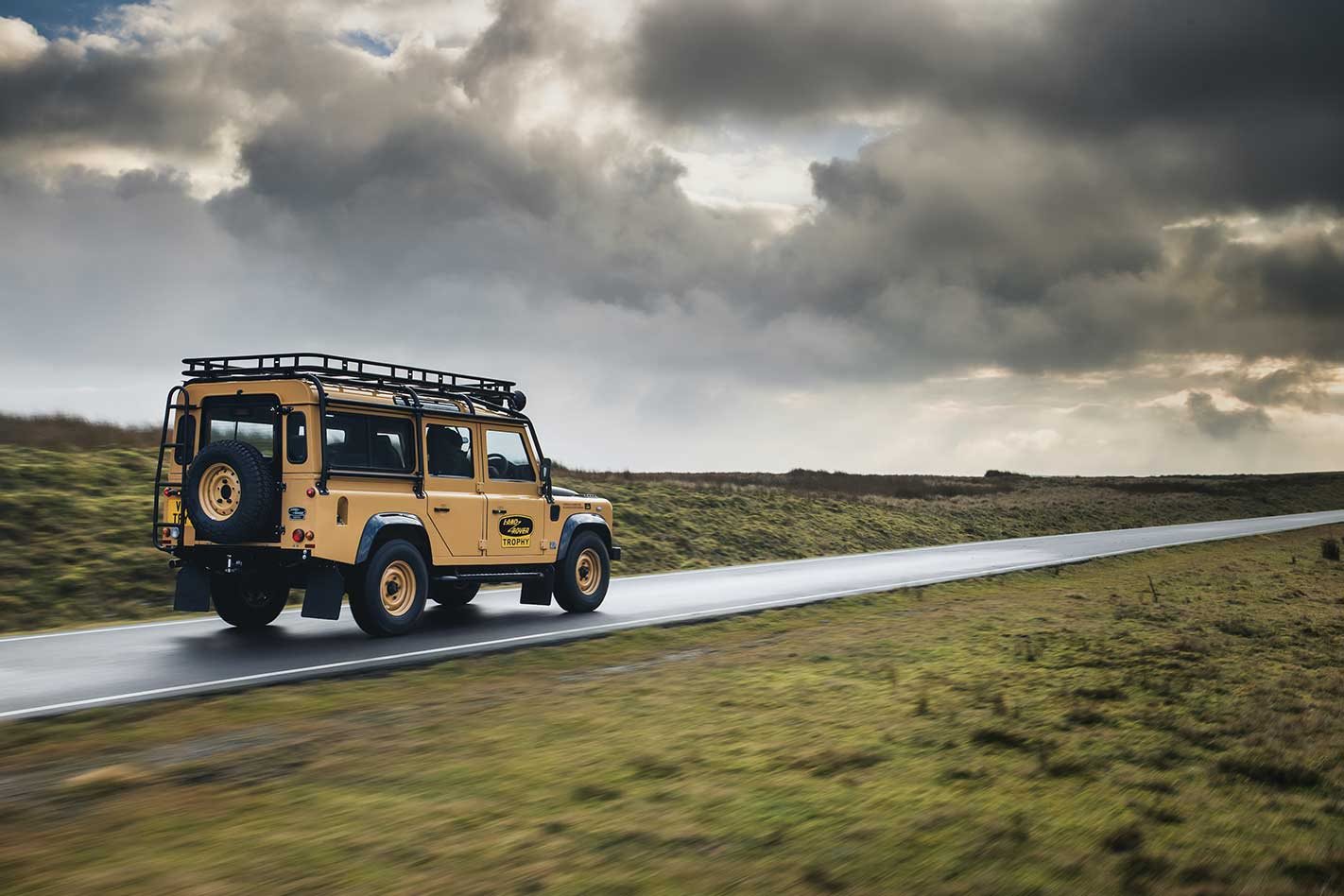 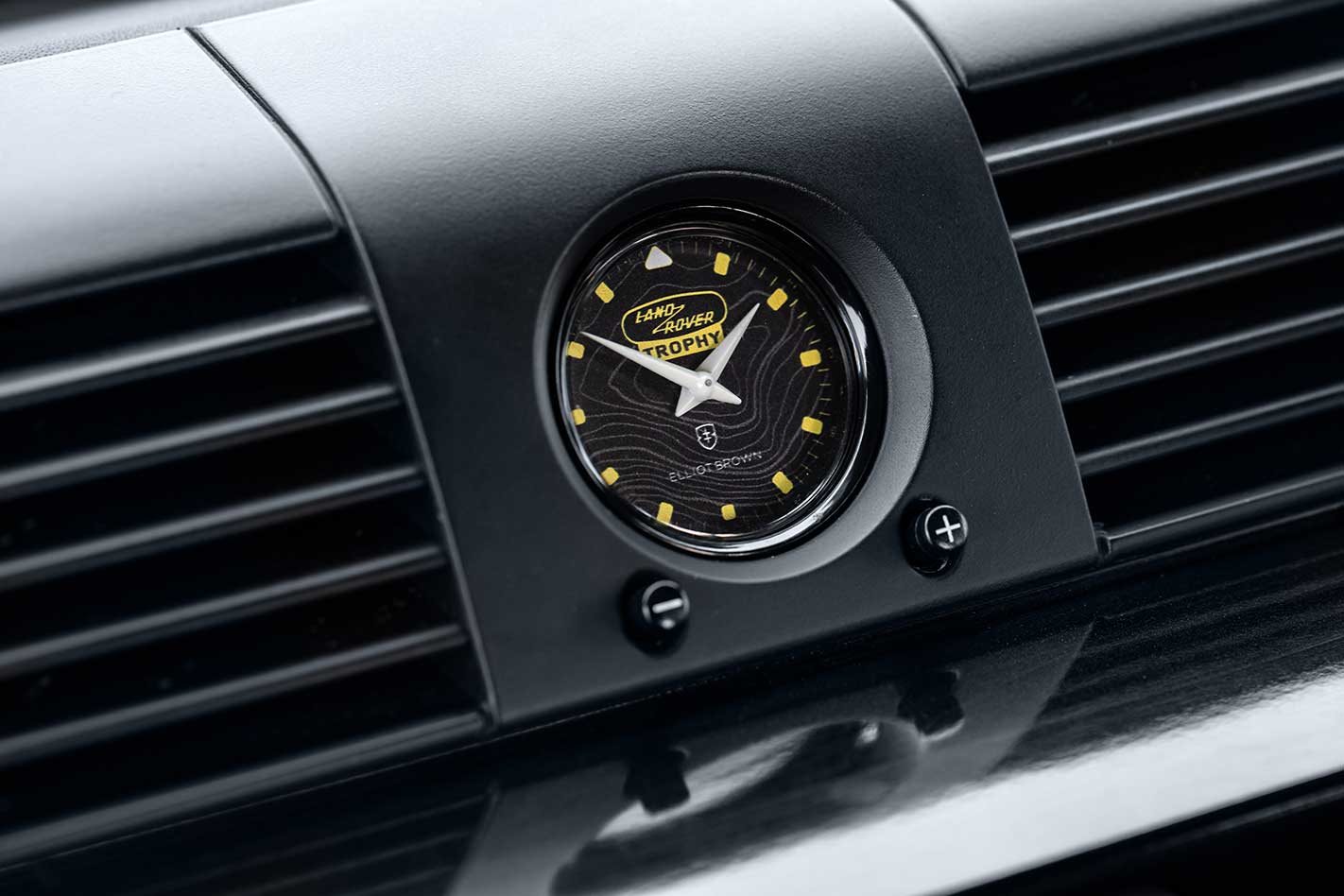 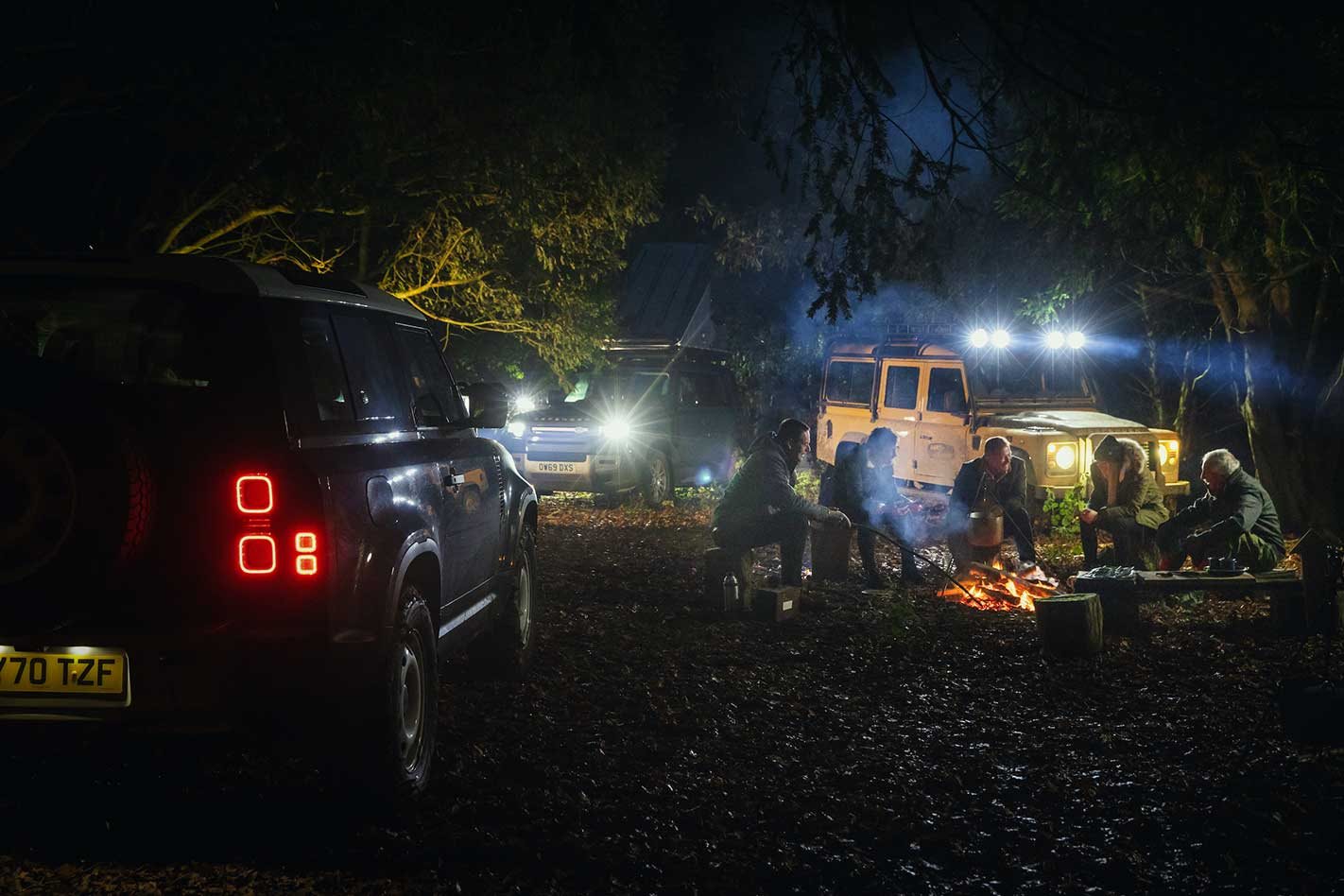 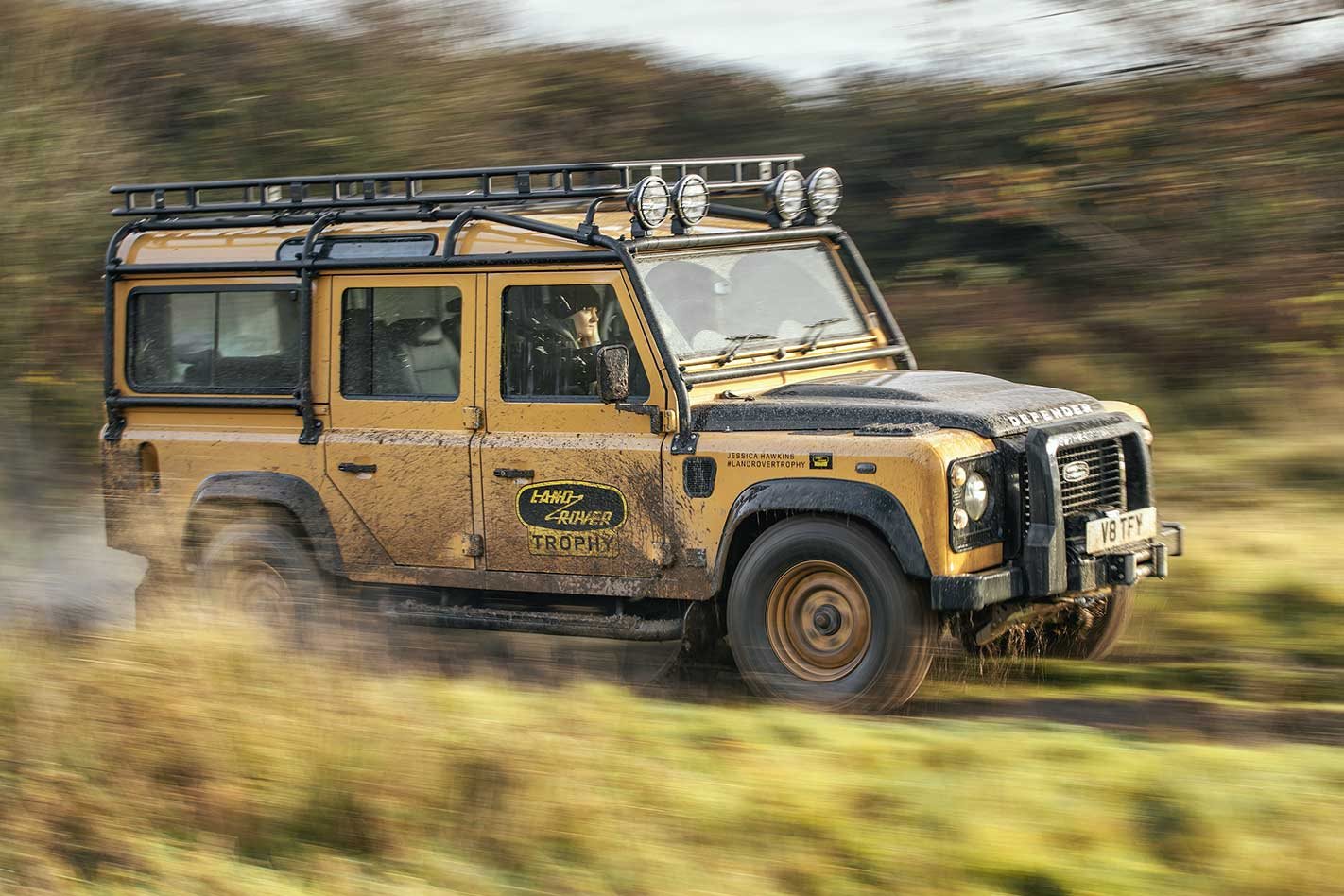 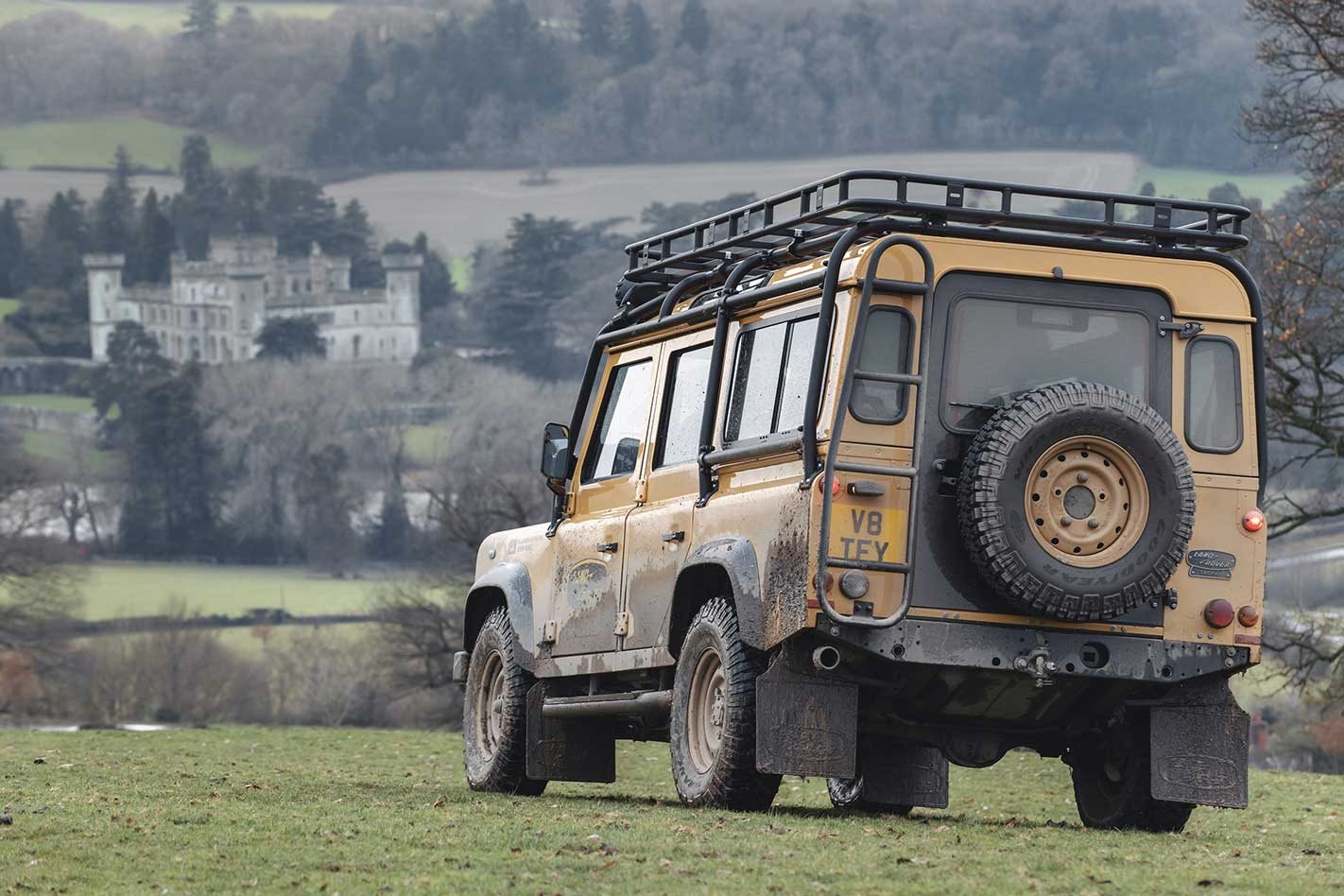 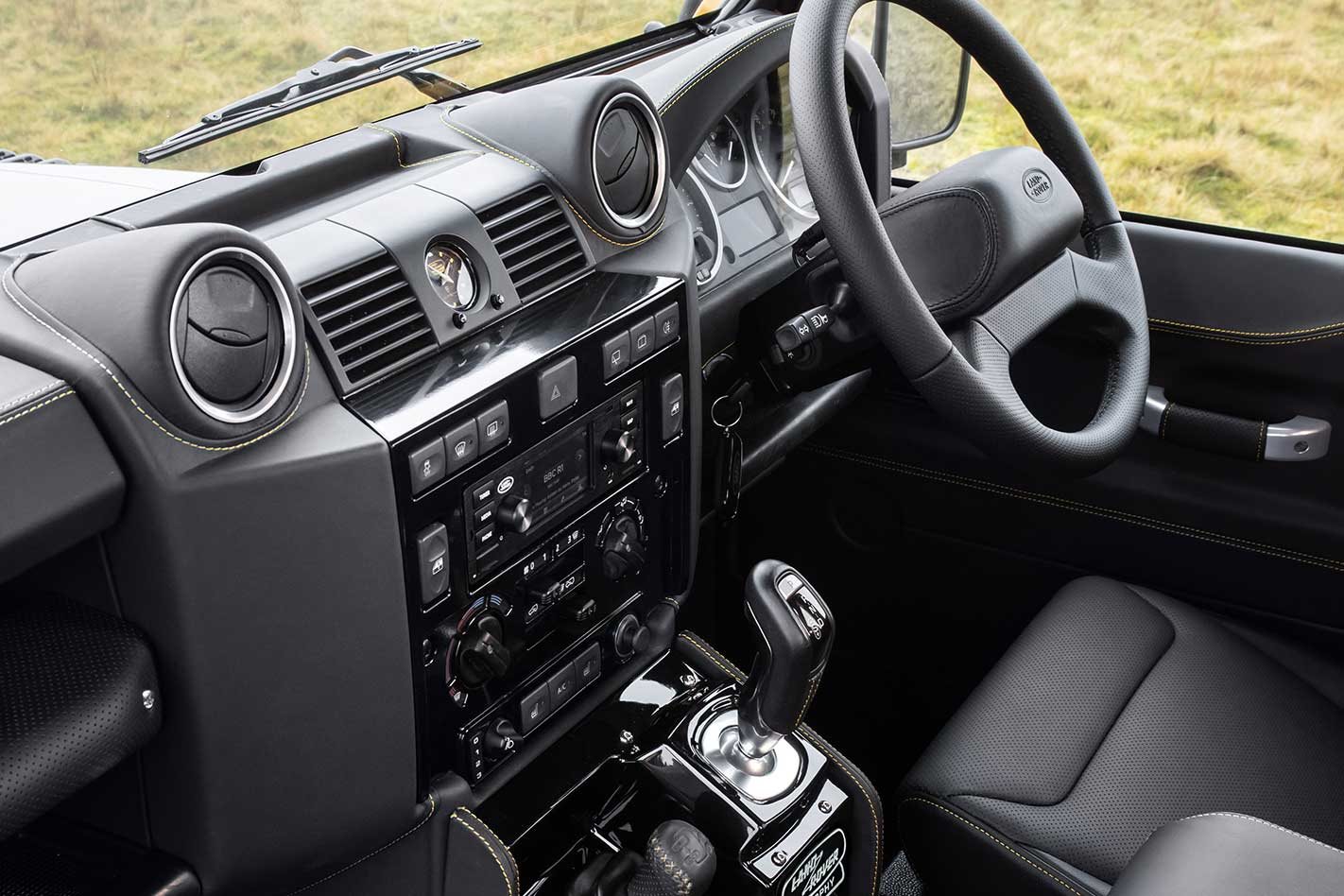 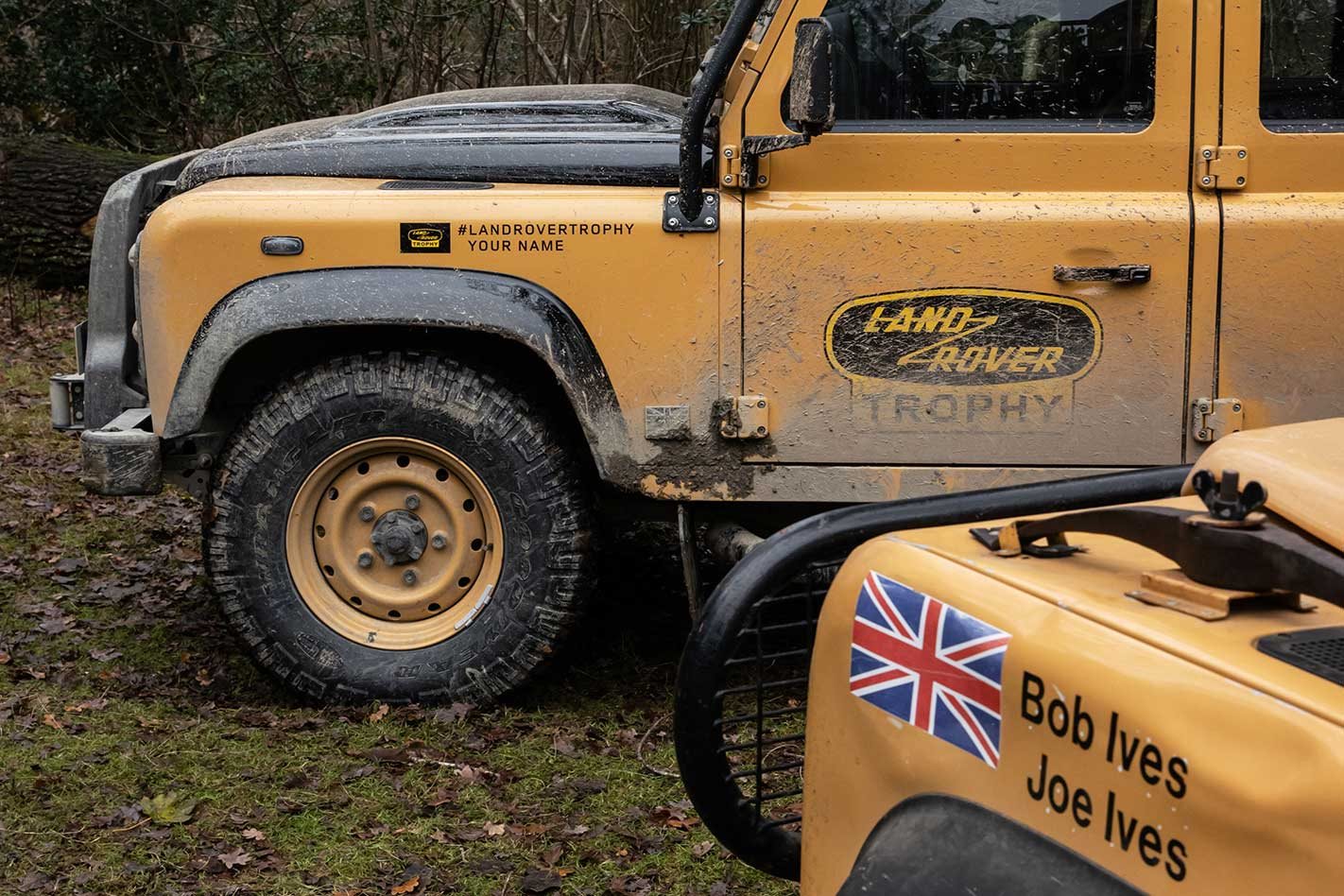 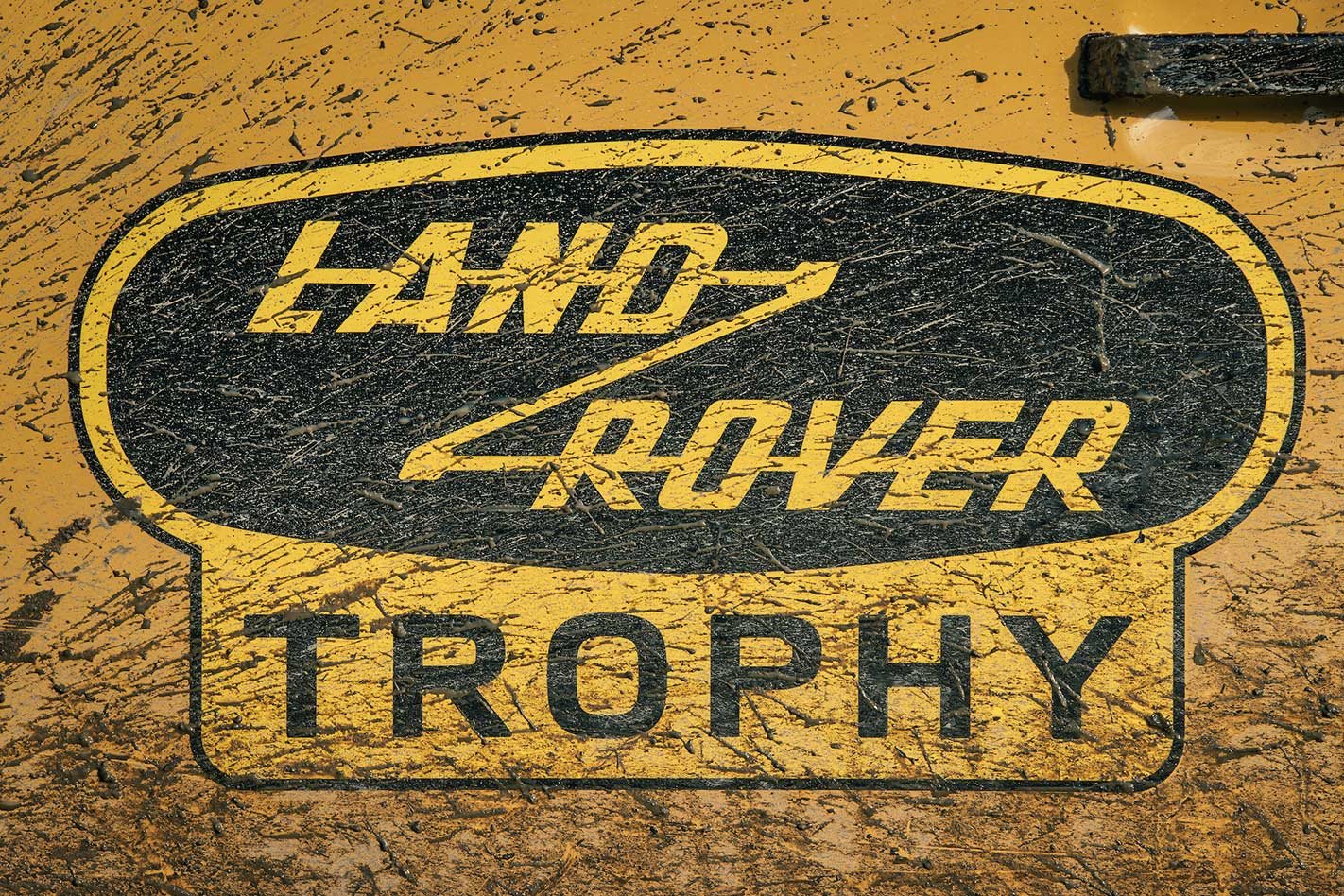 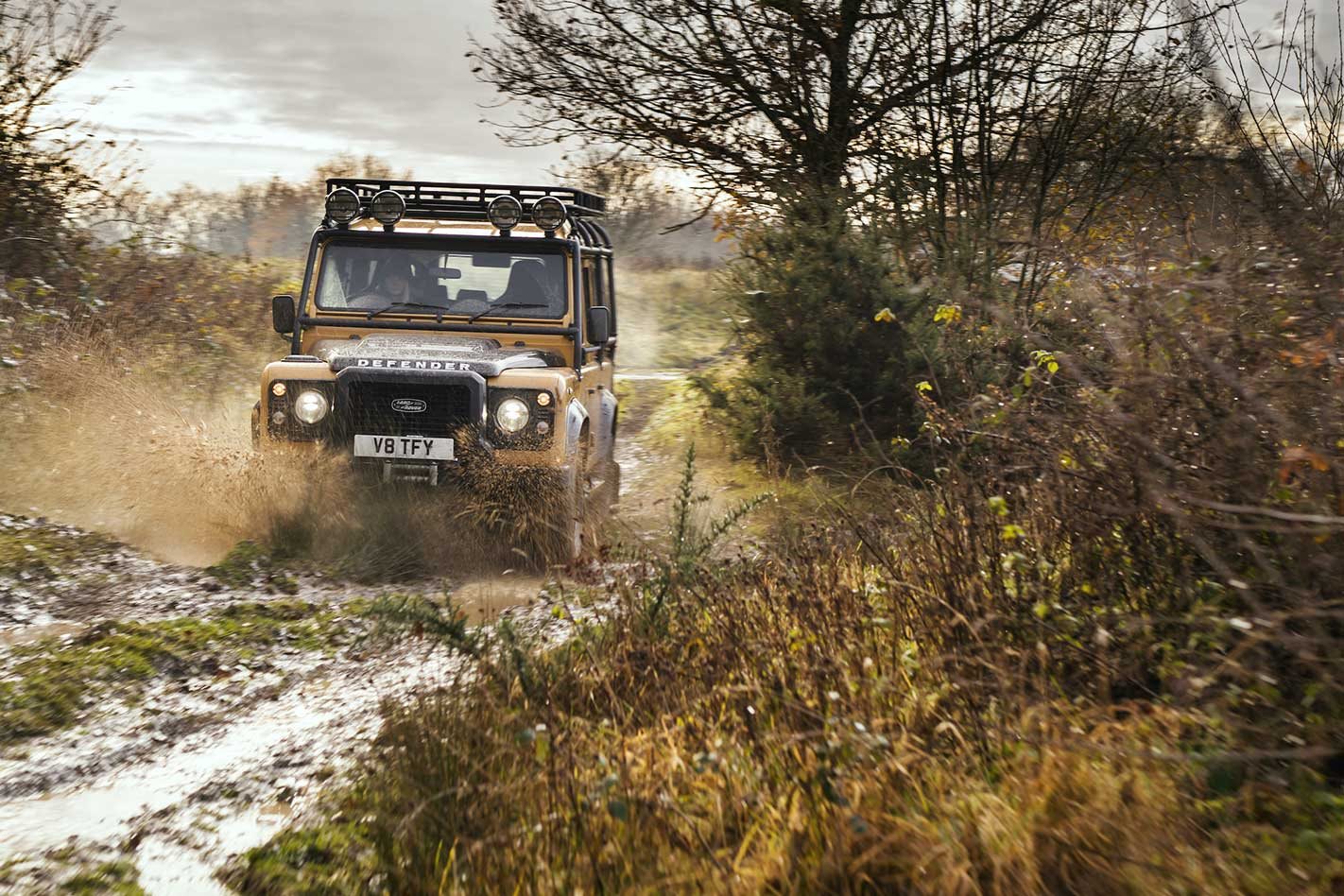 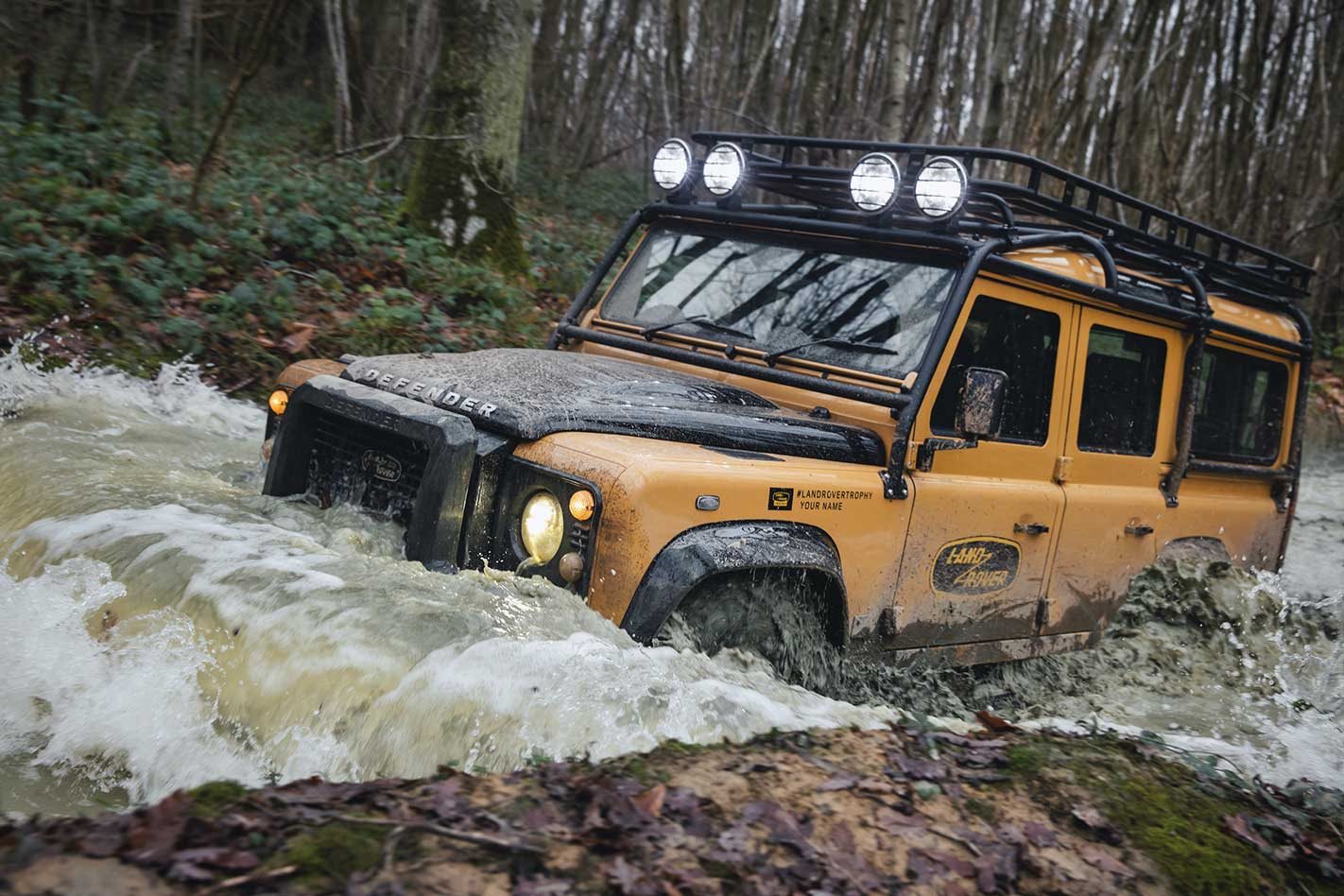