Barra the world, you say? What if that Barra is made of plastic, and was built by one guy with a knack for Lego.

It’s an FPV-spec Barra Turbo, an inline 6-cylinder engine created by Ford Australia and tweaked by its performance arm, for the uninitiated.

The engine seen in this video is rather similar to the first Lego Barra we saw, a standard Ford Turbo motor with the red head to give it away. But this engine has a difference, it can be opened up to see the pistons firing. 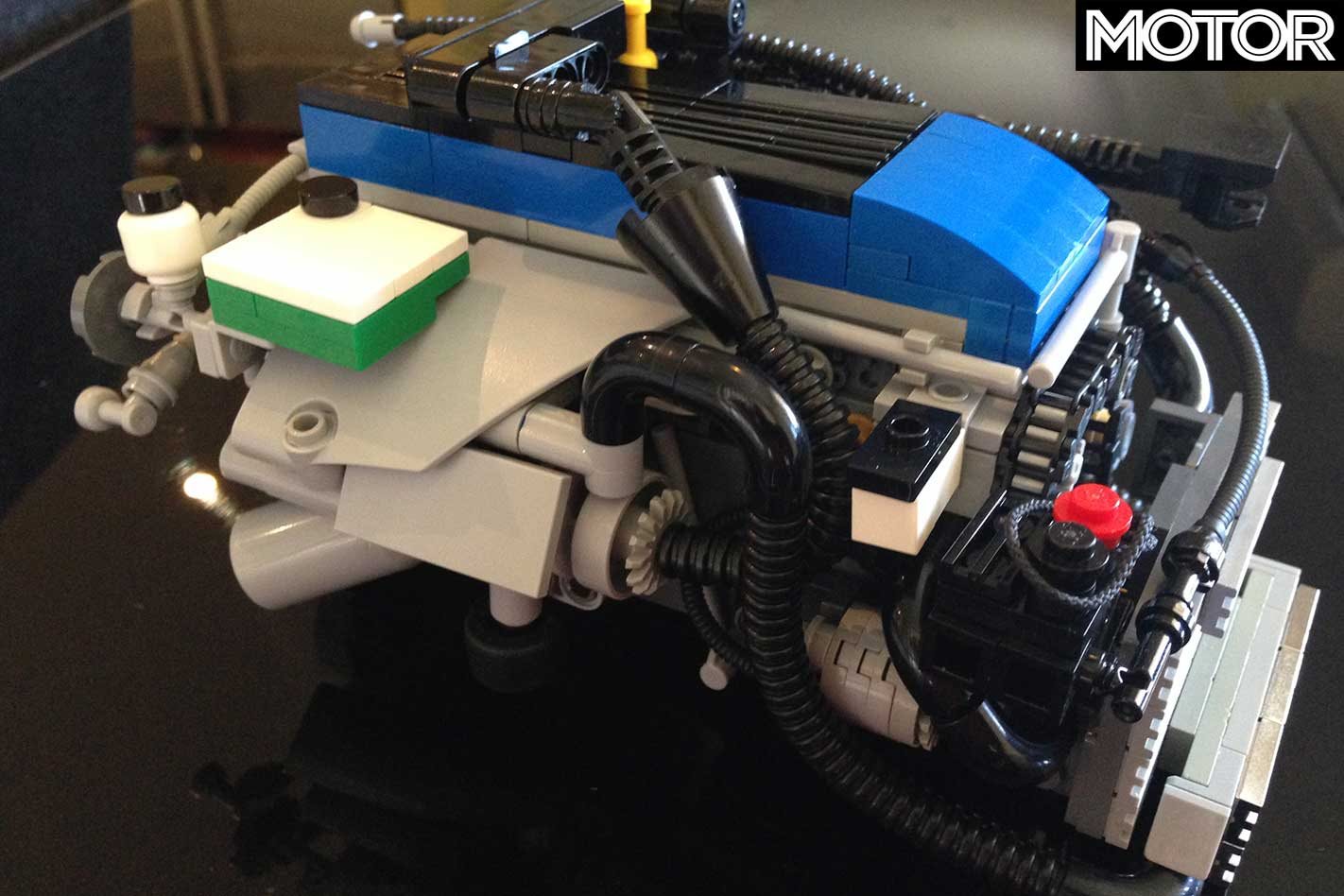 The man who built the Lego Barra, Leo, told us how he came to create another engine after the popularity of the first one.

“I never expected much public interest in my Lego Barra and never planned on another, but now I have completed my second,” Leo tells us.

Leo says even though he ended up buying the XR6 Turbo, he still feels a little regret he didn’t take the FPV.

“The second Lego Barra had to be blue.”

“Besides the colour, the two engines look identical. There are some internal differences, but they are the same length, height, and width, and the piece count is similar.

“The red Barra has standard Lego conrods combined with gearing for the turbo, however the blue engines conrods are longer (using 4 Lego pieces per rod ) and runs a similar, but different flat plane crank.

“Internally the blue engine is more correct, however making the side removable has impacted its strength.”

Leo’s first engine, the standard Barra Turbo, has now been viewed thousands of times on YouTube, and he’s even submitted it as a Lego ‘Ideas’ entry.

If his entry into the Ideas programme gets enough support, there’s a chance Lego will put the engine into production.

Though chances are usually slim for these submissions, a little support from MOTOR readers couldn’t hurt.

You can find Leo’s Barra Turbo (which he’s had to call a ‘Lego Turbo Engine’ due to Ford’s licencing with Lego) at the Ideas website.