The Japanese tuner has turned its spanners toward to the venerable Jimny, with the launch of its first SUV in its history – as claimed by the company on its Facebook page. The company, with its headquarters in Nagoya, Japan, has been churning out insane supercar kits since the early 90s, and it now has distributors all around the world (check out Vogue Industries in Australia). 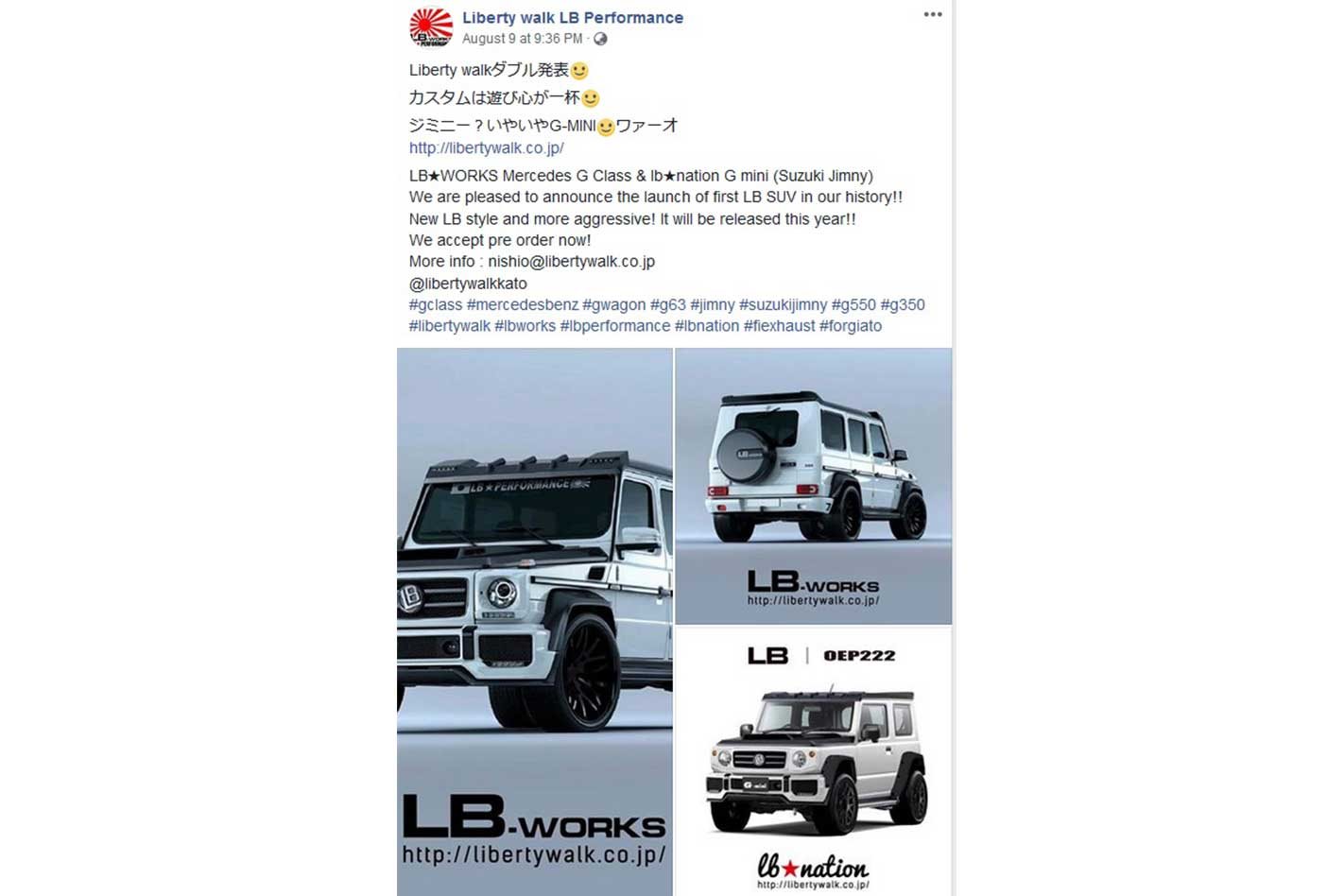 Information is scarce (pics only), but the post to Facebook of the Jimny – called OEP 222 or G-mini – dressed in a G Class-inspired body kit has tails wagging.

Changes to the front bumper and bonnet are most obvious at first glance, with the front-end modifications including a carbon hood with an aggressive bonnet bulge. Other changes include wheel-arch flares hiding bigger wheels, LB insignia and on-road tyres.

Liberty Walk also released the strikingly similar LB-Works Mercedes-Benz G-Class, which gets the same front-end treatment as the G-mini. 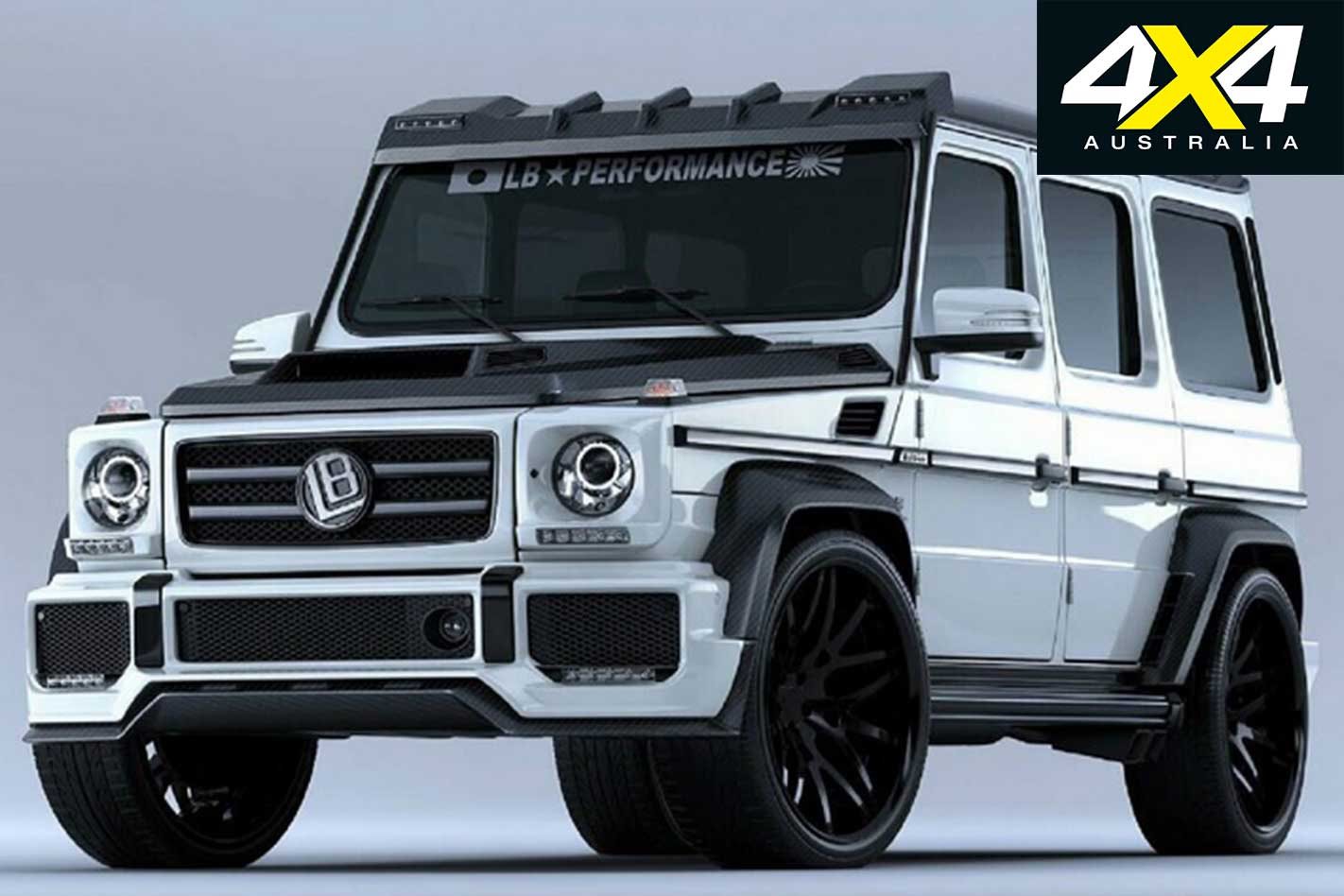 According to the Facebook post, Liberty Walk states the G-mini will be released this year and that pre-orders are currently being taken.

The fourth-gen Suzuki Jimny is due to land locally by year’s end and be on sale in January, 2019. It will retain a ladder-frame chassis, live axles (front and rear) and dual-range transmission. A 1.5-litre petrol four-cylinder engine will be backed by either a five-speed manual or four-speed auto, with part-time 4x4. A sub $30K price tag is expected.