Lewis or Nico? Who has the momentum now?

Has Rosberg found a missing ingredient?

Seemingly powerless to combat Lewis Hamilton’s magical mid-year surge to the front in the world championship duel, Nico Rosberg has regrouped during the summer break and fired back strongly by winning three grands prix on the trot - at Spa, Monza and Singapore – to retake the lead in a volatile world championship.

Okay, two of the three wins were tantamount to Centrelink handouts because in Belgium Hamilton’s engine penalties meant he had to start from the back, and in Italy, the Brit badly fluffed his start.

Still, Rosberg drove flawlessly to win both, and he couldn’t do much better than that. Then came Singapore, and that produced a thoughtful, controlled race to victory from the German – his eighth of the year - while Hamilton didn’t ever seem to find his rhythm.

The title fight between the Mercedes drivers has ebbed and surged but in Singapore the force was with Rosberg.

Hamilton would have been left wondering if having fought so hard to get the ascendancy, the momentum is now with Rosberg with six races left in the 2016 title contest. 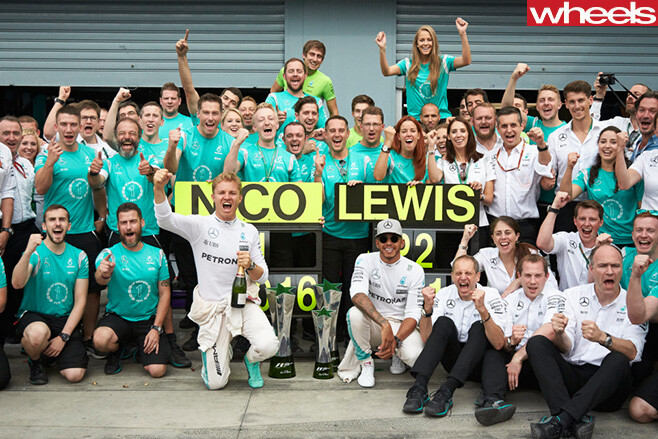 For all his self-confidence and rap-crap swagger, Hamilton tends to make too many mistakes. He is unquestionably very fast but rarely can he drive flat out through a grand prix, or even a practice session, without a clumsy brake lock-up here and there.

It is sad yet obvious that in modern F1, too often the races are decided in the first few seconds and Hamilton doesn’t always manage his starts that impressively. It is true that the Merc clutch is very sensitive to temperature, either prone to slip or engaging too aggressively (leading to wheelspin) when not in the very narrow window. Hamilton was victim to this in Monza but even after discovering the problem after his practice start on the formation lap he failed to adjust his technique enough. But the Mercedes strategy at Spa, when Hamilton took all of his penalties (for changing engines three times) in one spectacular lump may still yet be a championship-deciding ploy.

It meant for the remaining (then nine) races of the 2016 championship, Hamilton had a stock of three brand new engines, turbochargers, MGU-H and MGU-K. Oh and one older unit.

So Hamilton’s engines each had to do fewer races than Rosberg’s supply of just two fresh power units for the same remaining race weekends. 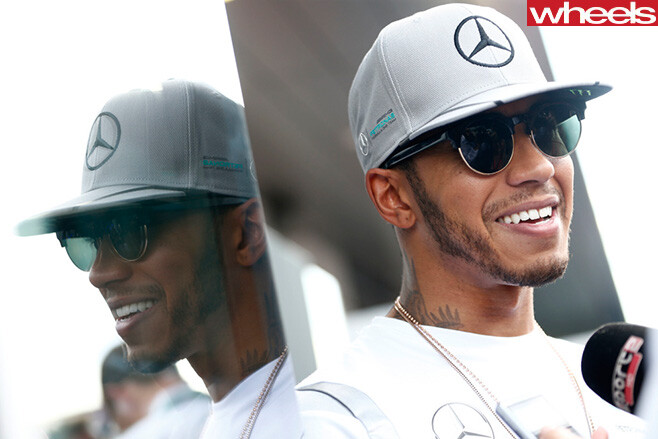 It will be a fascinating championship arm wrestle with perhaps one or two more twists to come.

In the past there has been a feeling that Rosberg thinks too much sometimes, and doesn’t respond positively when the chips are down.

Maybe he is now, finally, a self-believer.

McLaren is almost competitive, even on power circuits

There is a light at the end of the tunnel

The right signs are there; McLaren Honda is finding reliability and speed as the 2016 season unwinds. Fernando Alonso may be sufficiently heartened to stick around beyond next year. 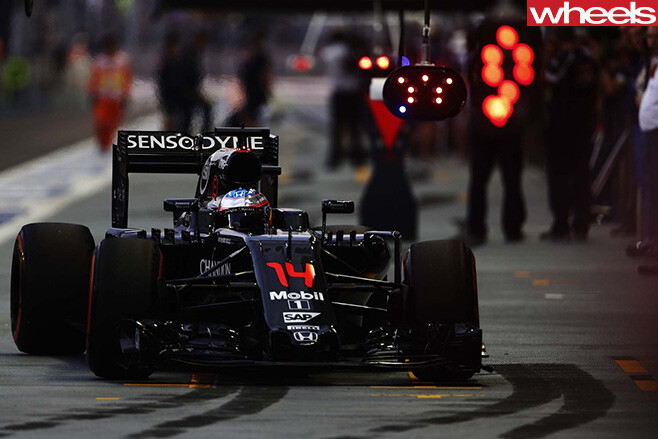 Crunch time came at Monza with its long straights and a requirement for decent power.

Before that, at Spa, Alonso worked his way from the rear of the grid (due to engine penalties) to finish a legitimate seventh.

At Monza, Alonso was in line for a points finish before a bungled pit stop dropped him rearward. Button finished 12th after being bumped into the gravel, and back to last, on the opening lap. It seems the latest Honda upgrade was one of progress. Fuel consumption concerns are a thing of the past, and the team insists the Honda V6 has the best electric delivery of the whole grid.

The 2017 Honda power unit will get the pre-chamber ignition that Mercedes and Ferrari are using to telling effect, bringing (according to F1 tech heads), 60 horsepower if managed properly.

The silly season is upon us

Felipe Massa’s retirement after this year, and Jenson Button’s sabbatical, which may or may not be open-ended, has set up an interesting charge at the available seats in F1 for 2017 Publicly these seats remain still open: one at Williams alongside Valtteri Bottas, a slot at Toro Rosso next to Carlos Sainz, a vacant HaasF1 gig partnering Romain Grosjean, a teammate to Marcus Ericsson at Sauber, and two pews each at Manor and Renault.

There is no shortage of drivers uncommitted for next season, some of whom are quite handy and others less so. Some wave piles of sponsor money; others are skint.

Williams might confuse us all and replace Brazilian Felipe Massa with Brazilian Felipe Nasr, currently at Sauber. In the frame, too, are cashed-up rookie Lance Stroll and Pascal Wehrlein, who is with Manor this year. Where Mercedes-contracted Wehrlein and Esteban Ocon – both currently on loan to Manor – end up next year is largely up to the silver team. Ocon began the season as the reserve driver for Renault, and has been consistently linked to a full-time drive there next year. He looks like a fast, safe pair of hands.

Esteban Gutiérrez broke through to give HaasF1 its first top 10 start at Monza but his future remains unclear.

Daniil Kvyat’s future remains the topic of endless conjecture on the back of an alarming form slump and loss of confidence after being relegated from Red Bull to the Toro Rosso squad earlier in 2016. GP2 star Pierre Gasly has been mooted as first in line should the Russian be pushed towards the exit. 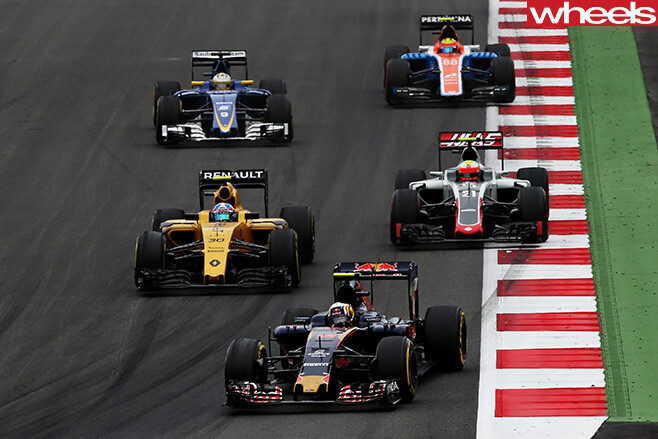 Kevin Magnussen and Jolyon Palmer, the Renault incumbents, are not shoo-ins to stay there in 2017. In a wretched campaign, Palmer is yet to score a point this year, his best result being an 11th place in the championship opener in Australia. Magnussen scored a seventh in Russia, but has been out of the points in all other races. He says he’s keen to stay with Renault for 2017 but doesn’t plan on begging for the drive as others hover like birds of prey.

At least Magnussen has confirmation that while the Renault is not yet a fast car, it is a very safe one, witness his massive shunt exiting Eau Rouge at Spa. He over-corrected a slide at 299km/h and gave the barriers an almighty thump. Data showed the first impact was at 170km/h with 42 g deceleration, followed by another impact with 18 g. Magnussen was quickly out of the wreck with just a bruised ankle.

How long has Bernie got under the new regime?

It’s one of the biggest deals in sports history and certainly a key time in the annals of Formula One. So what to make of US media giant Liberty Media buying F1. Owned by moneybags John Malone, Liberty will initially buy a minority stake in the world's leading motor racing championship and hot TV property. Liberty Media has stakes in several sports and entertainment businesses.

Then Liberty will take over the shares of current owner private equity firm CVC Capital (and other shareholders) to gain majority control – if EU Commission regulators approve the deal. This is not an overnight process and may take up to a year.

The total transaction values the firm at $8bn but includes $4.1bn worth of F1's debt.

And what of Bernie Ecclestone’s future?  Ecclestone, 86 soon and at the helm of the sport for four decades, will remain as chief executive, initially anyway. Chase Carey, vice-chairman of 21st Century Fox, the new F1 chairman, says the running of the sport "can't be a dictatorship, even if probably they are used to it". 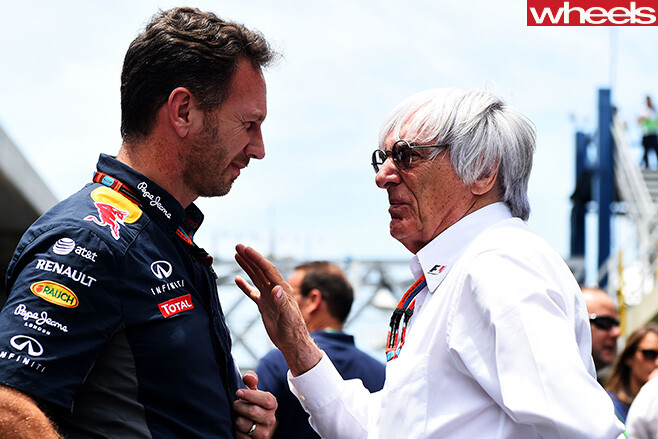 This may not be great news for Bernie who isn’t accustomed to working with others. But at his age, job retraining probably isn’t a possibility.

The reasons for Liberty Media’s interest in F1 is not mysterious. It enjoys massive popularity in most parts of the globe and Liberty will attempt to chase new followers, especially in the US where F1 is minor league.

Against the possibilities, there are the realities of motorsport in 2017 and beyond; a decline in appeal among younger audiences has been mapped, unequal distribution of wealth to teams, cost to fans and host circuits and cranking upwards inexorably, and there is even the threat of noiseless F1 machines of tomorrow.

Dan ready to get hot and sweaty in Sepang

It will be tougher for the Bulls in Malaysia and Japan

After his fighting second place on the streets of Singapore, Daniel Ricciardo heads to the next in the Asian component of the 2016 Formula One World Championship, the Malaysian Grand Prix, relishing the idea of the challenge of a hot race at Sepang. Singapore was a circuit which probably best suited the Red Bulls, but even so, Ricciardo is also looking forward to the rare opportunity to race on successive weekends, with Japan to follow on Sunday week.

“I like back-to-backs,” Ricciardo said.  “Looking at Malaysia and Japan, they are both very challenging circuits. Malaysia physically is a hot one. We usually go there at the beginning of the season so it is going to be interesting going there now with a lot more development on the car and seeing how it performs.

“I checked the weather and it seems pretty constant all year round so that shouldn’t change much. But Sepang has been resurfaced so that could be interesting for tyre life. 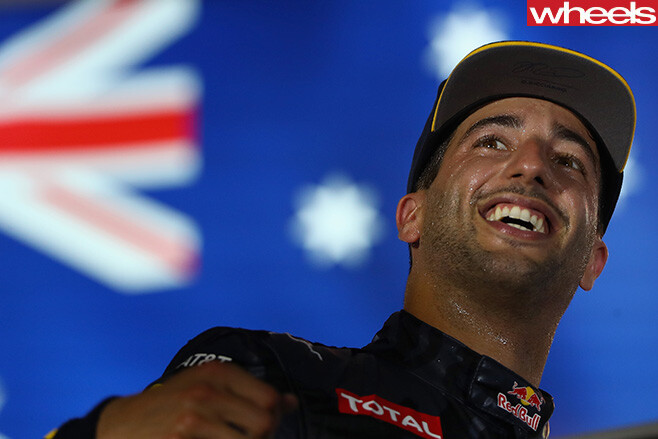 “Japan I have always loved.  I love the food and people in Japan. I’m going to spend some days in Tokyo between the races and hopefully see a lot more of the city, try some more authentic food and experience a bit of the culture. There is Jiro’s sushi restaurant that I really want to try; it had a documentary made about it and is apparently really special so would love to eat there.”

As well as eating, there is also a bit of racing to contemplate at Suzuka.

“It’s tough for a driver… a proper racer’s circuit. The first section you have to connect all the dots because all the corners flow really nicely if you get it right.”