“It was a colossal fuck-up,” he said bluntly to Sky Television. “I know I’m not allowed to say that, but it was.”

It was a pretty damning assessment of a team that has claimed every piece of silverware in the sport of F1 over the last eight years, but it was accurate, and it was an insight into the winning mentality of F1’s greatest team of the current generation.

Plucked from the struggling Williams F1 team only two days before the race after Hamilton was diagnosed with COVID-19, Russell barely put a foot wrong the entire weekend, topping two practice sessions and qualifying second, an agonising 0.026sec behind his teammate Valtteri Bottas.

Russell drove a simply brilliant race, easing into a comfortable lead before a pt stop bungle cost him track position.

A spirited drive put him back into second place with less than ten laps to go, but fate would intervene again.

MORE F1 driver thrashes a BMW M4 around the Nurburgring

The intense young Brit was not awestruck by his sudden promotion to the big leagues; far from it, in fact.

F1 is as much a game of chance as it is a test of skill and talent, and Russell – who’s acquitted himself as well as possible in one of the grid’s slowest cars – knew it after climbing from the cockpit of the #64 Merc, wrung out and despondent after a win was plucked away from him not once, but twice.

He had led the field away with the poise of a bloke who’d been doing it for years, with carnage behind him taking front-runners Max Verstappen and Charles Leclerc off the chessboard early.

He eased out to a comfortable gap over his teammate, asking the team to tell him when he should actually start pushing the car faster. 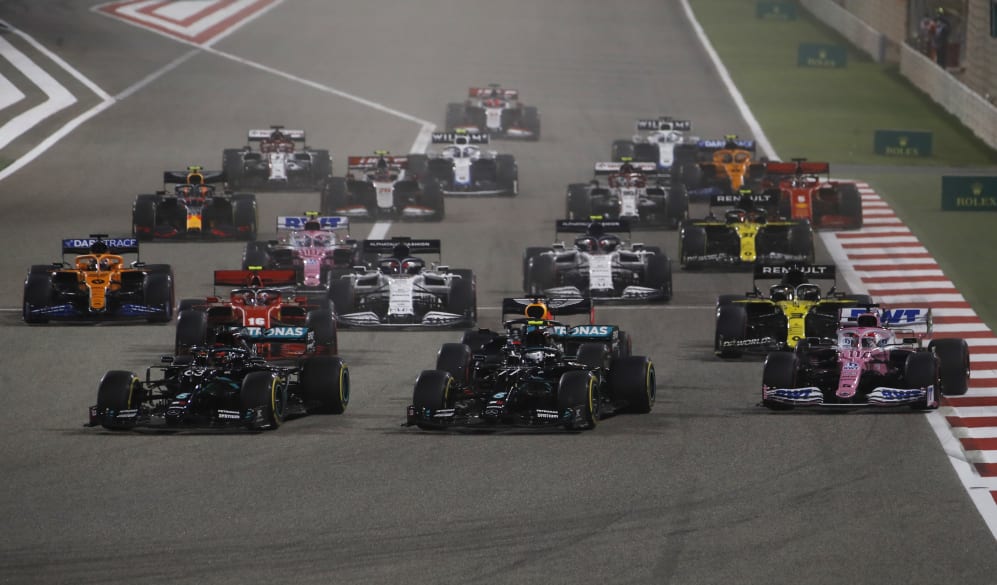 The fairy tale was half-written.

Ironically, it was the driver who filled his spot at Williams for the weekend, Jack Aitkin, who kicked off a chain reaction that would see Russell lose the lead through no fault of his own.

A spin coming onto the main straight knocked Aitkin’s front wing off, which deposited itself in an awkward spot on the racing line and forcing Australian-born race director Michael Masi to slow the field under what’s known as a virtual safety car.

The virtual safety car requires every car to drop about 40 per cent of its race pace immediately, with indiscretions by drivers punished harshly.

It’s also a golden opportunity to change tyres without losing as much track position, and Mercedes decided to roll the dice.

On the sub-one minute bullring of the Sakhir circuit, it was pot luck as to where the safety car lap would place a driver in relation to the pits, and Russell, more than eight seconds up the road in first place, looked to have hit the jackpot, easing into the pits to grab a new set of tyres.

Unfortunately, it was all about to unravel in the most bizarre way.

“One of the tyre crews didn’t hear the call - there must have been a radio failure in their garage – so when [Russell] came in, they didn’t know that had to change the tyres, so this is why we exited with the wrong set of tyres,” explained Wolff.

The result was that Russell’s car ended up with one of Bottas’s tyres on it – a big no-no in F1.

The pain was compounded because Bottas’s race was also compromised after the usually faultless team fitted a mismatched set of tyres to the Finn’s car, forcing him back to the pits.

The result of the kerfuffle dropped Russell outside the top ten – but he put his head down and charged back up into second spot with about ten laps to go. Was the fairy tale back on track?

Sadly, no. A rear-tyre puncture – possibly caused after running over carbon fibre shards from the Williams he usually drives – put paid to a determined fightback from the young Brit. 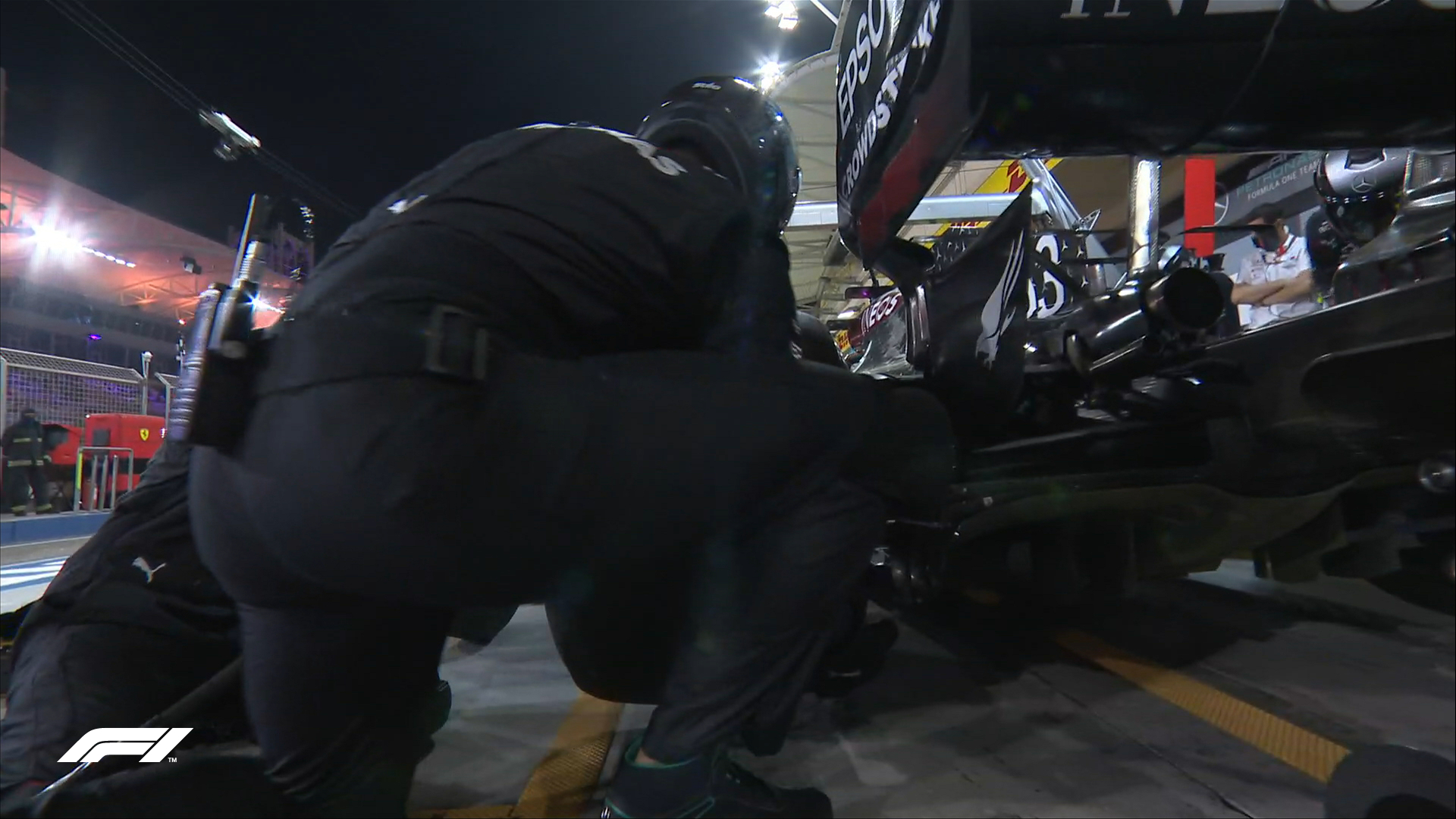 His opportunity was blown, but it was firmly grasped by Racing Point’s Sergio Perez, who claimed his first-ever win in F1 after 190 starts in what is potentially the Mexican’s last season in the sport.

It put a fine point on the chance that slipped through Russell’s fingers through no fault of his own.

As a parade of Red Bull drivers could tell you, driving a top-flight F1 car is a tricky business, and there was no guarantee that Russell would adapt to Hamilton’s car at all.

But adapt he did, and for three-quarters of the Sakhir Grand Prix, Russell was on-track to claim that elusive first win. 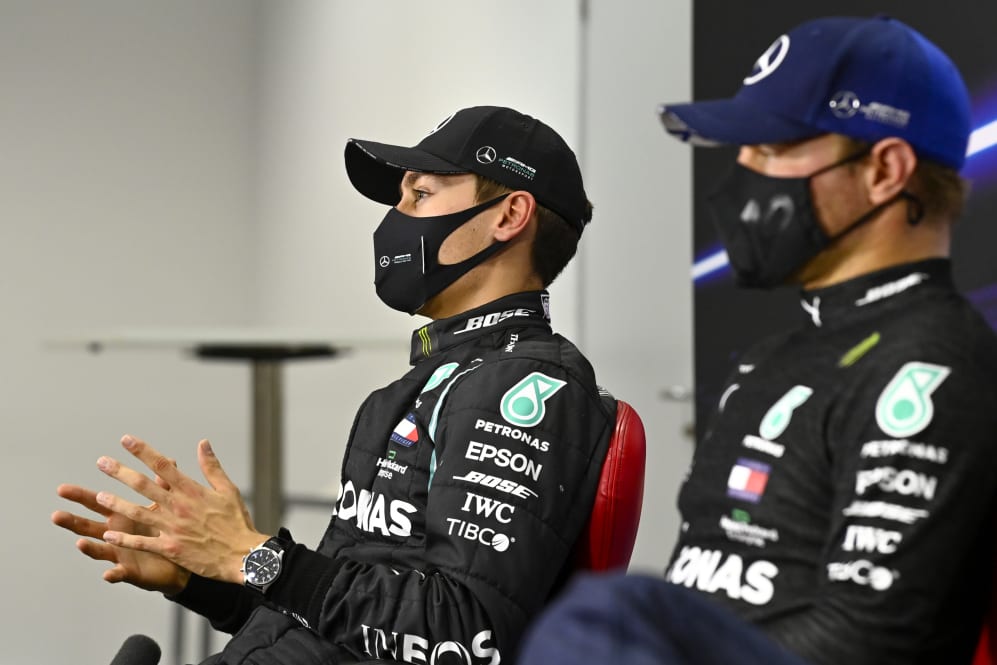 He’s a star in the making, however - along with drivers like Estaban Ocon, who finished second for Renault – and he'll no doubt be in a similar position again.

“I dunno what to say. It was taken away from us twice. Honestly, I’m absolutely gutted. I hope I get this opportunity again,” he said over the radio after finishing in ninth (ironically his first ever F1 world championship point).

There’s little doubt, though, that George Russell’s time will come.

Subscribe
Tim Robson
Contributor
Tim has been involved in automotive journalism since 1999.