With the latest 2020 Ford Focus ST packing an overhauled version of the Mustang’s 2.3-litre Ecoboost turbo-four, unleashing an extra heft of power from it wouldn’t be too difficult.

UK-based tuner, Mountune has done just that with its smartflash m330 plug-and-play upgrade for the Mk4 Focus ST, which bumps up the car’s stock output from 206kW and 420Nm to 243kW and 515Nm. 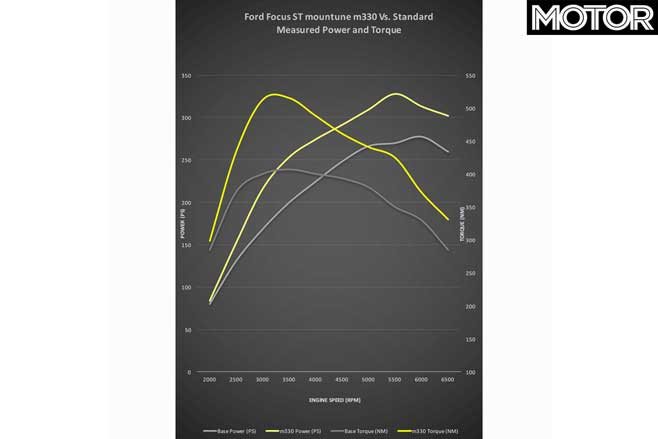 For comparison, the beloved previous-generation Mk3 Focus RS managed 257kW and 470Nm of torque, 276kW and 510Nm in its final ‘Heritage’ spec.

That being said, Mountune says its peak power figures are recorded using RON99 fuel, though the tuner says the engine would still be able to run on regular RON95 fuel. However owners can easily switch between the m330 tune and the stock tune via its smartphone app.

Installing the m330 upgrade is simple as the kit comprises of an OBD Bluetooth interface that is plugged into the car’s OBD port, from which the tune can be uploaded to the Focus ST’s ECU and controlled using the smartphone app. 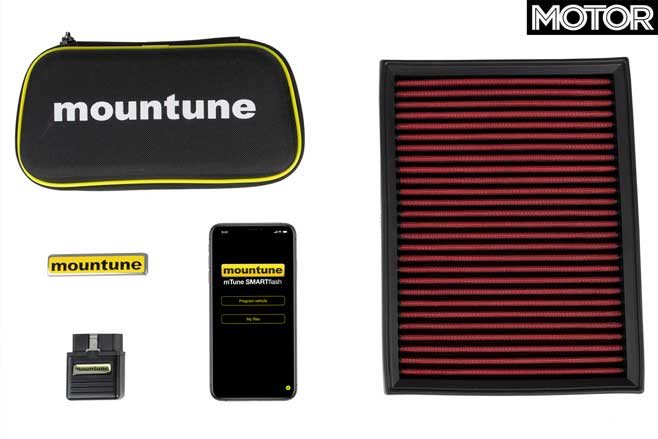 Aside from the increased power output, the m330 tune is also said to deliver a more aggressive launch control strategy, a new track mode which is described as a “recalibrated wet-mode for track settings”, and more pops and bangs from the exhaust in Sport and Track mode.

The m330 upgrade is available in two options, the base £474.17 (AUD$929) pack comes with the OBD Bluetooth interface and the smartflash app, whereas the £499.17 (AUD$978) full upgrade pack includes Mountune’s drop-in air filter that is said to improve the Focus ST’s induction noise.