YEP, your eyes aren’t deceiving you – this one-of-a-kind X-Trail isn’t computer generated. It has been built and it’s debuting later this week.

Nissan USA has given the X-Trail’s (called a Rogue for the US market) normally absent off-road ability a lift with its Trail Warrior Project. 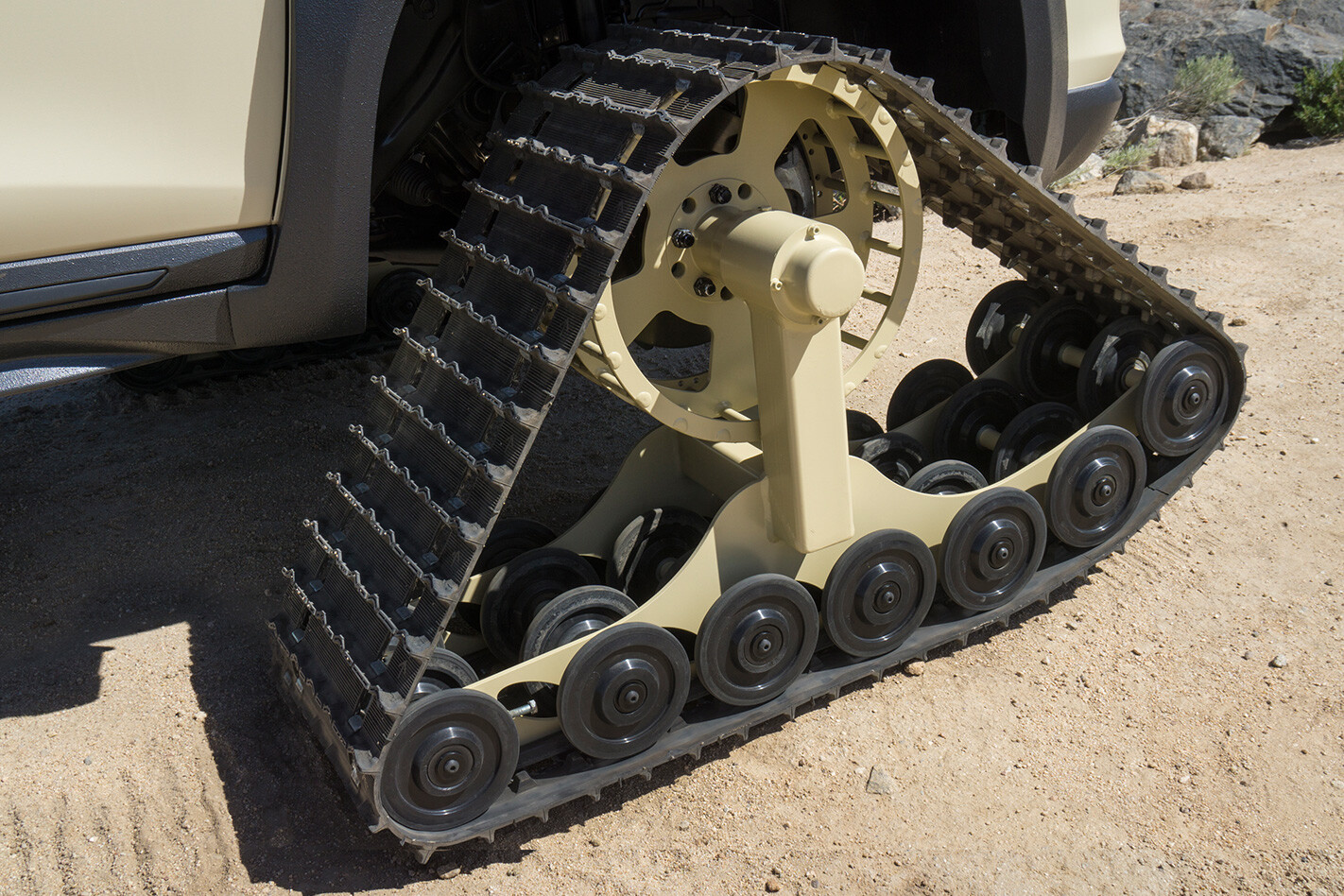 Set to debut at the New York International Auto Show later this week, the one-off project vehicle sets itself apart (and above) from the crossover SUV it’s based on thanks to 30-inch-high Dominator Tracks from American Track Truck.

The snow/sand tracks are 48 inches long and 15 inches wide, and they represent a vehicle capable of dominating snow banks and sand dunes. 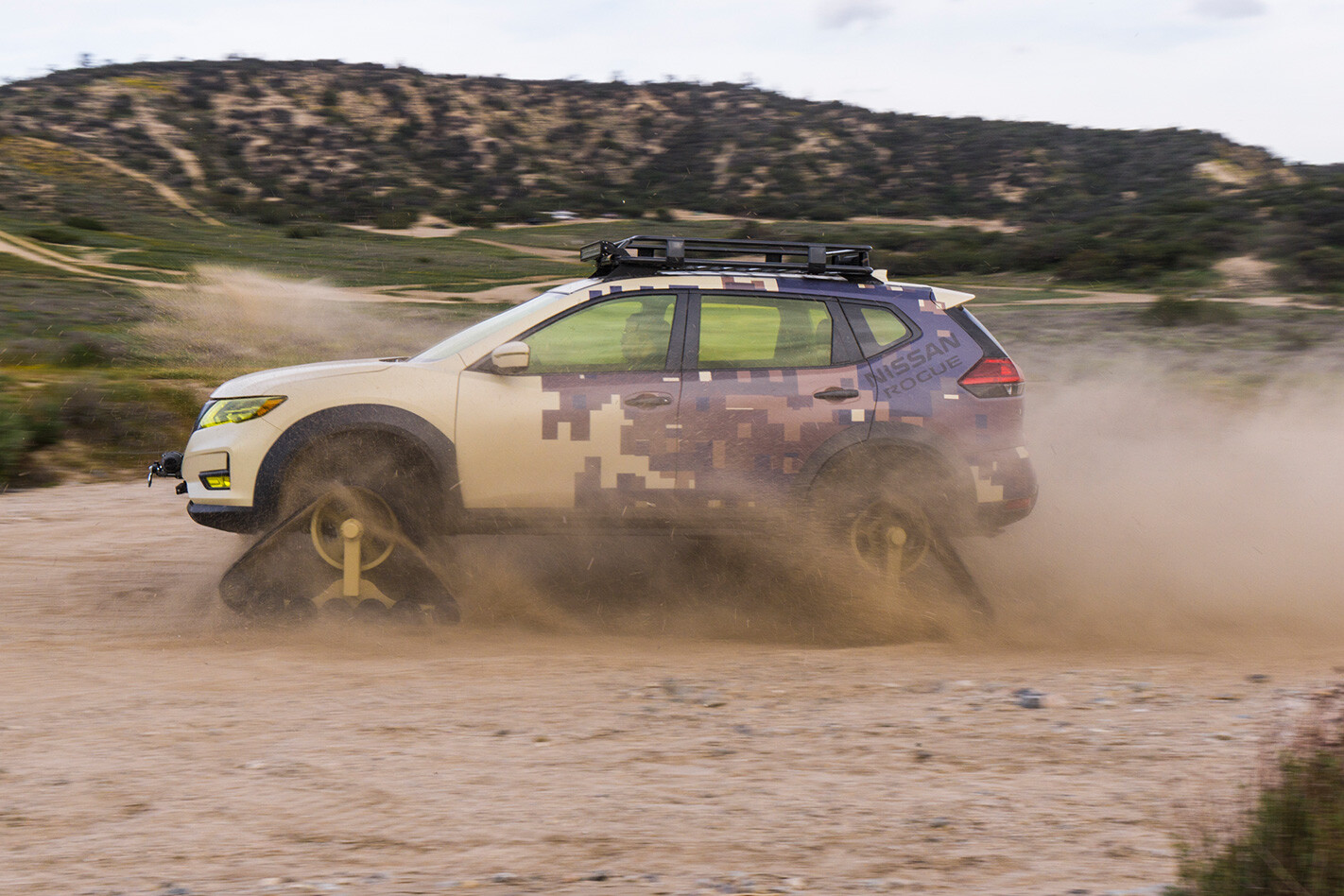 Suspension and tyre wells have obviously been modified to cater for the track system, but the drivetrain is otherwise untouched. That means the standard 2.5-litre DOHC 16-valve in-line four-cylinder (130kW/237Nm) engine and Xtronic transmission remain.

“This new Rogue Trail Warrior adds a new dimension to family adventures with its snow/sand tracks, gear basket, winch and camo paint,” Michael Bunce, vice president of product planning at Nissan North America said. “If you want to stand out from the crowd during a day on the slopes or the beach, this is the vehicle to take.” And stand out from the crowd it certainly does, with its special camo exterior wrap and an extensive equipment list that includes tinted headlights, custom fender flares, an ARB gear basket, LED lights and a Warn 4K winch.

The one-of-a-kind X-Trail will cause many a punter to flock to the Nissan display at the New York International Auto Show, running April 14-23.