No V8 for Kia Stinger GT

Kia confirmed a V8 would fit in the Stinger GT but that we were unlikely to see anything more than a one-off — and that an even hotter V6 Stinger model was not yet in development.

The brand new 272kW/510Nm rear-drive Stinger GT, on-sale in Australia in September, could handle more grunt, said chief engineer Albert Biermann, but that it must be a sales success before Kia could consider building something to rival an HSV Clubsport.

“It could handle more power, definitely, but there is not any plan,” Biermann told MOTOR.

“I think this is good now to get the Stinger out to demonstrate some kind of different Kia, the driving experience, and depending on what kind of enthusiasts we can establish with this car, if they raise their voice intensely and the media, then of course we can always do something."

"We can watch how is the market developing, what kind of customers do we get into the Stinger, and then we could move on and do more.” 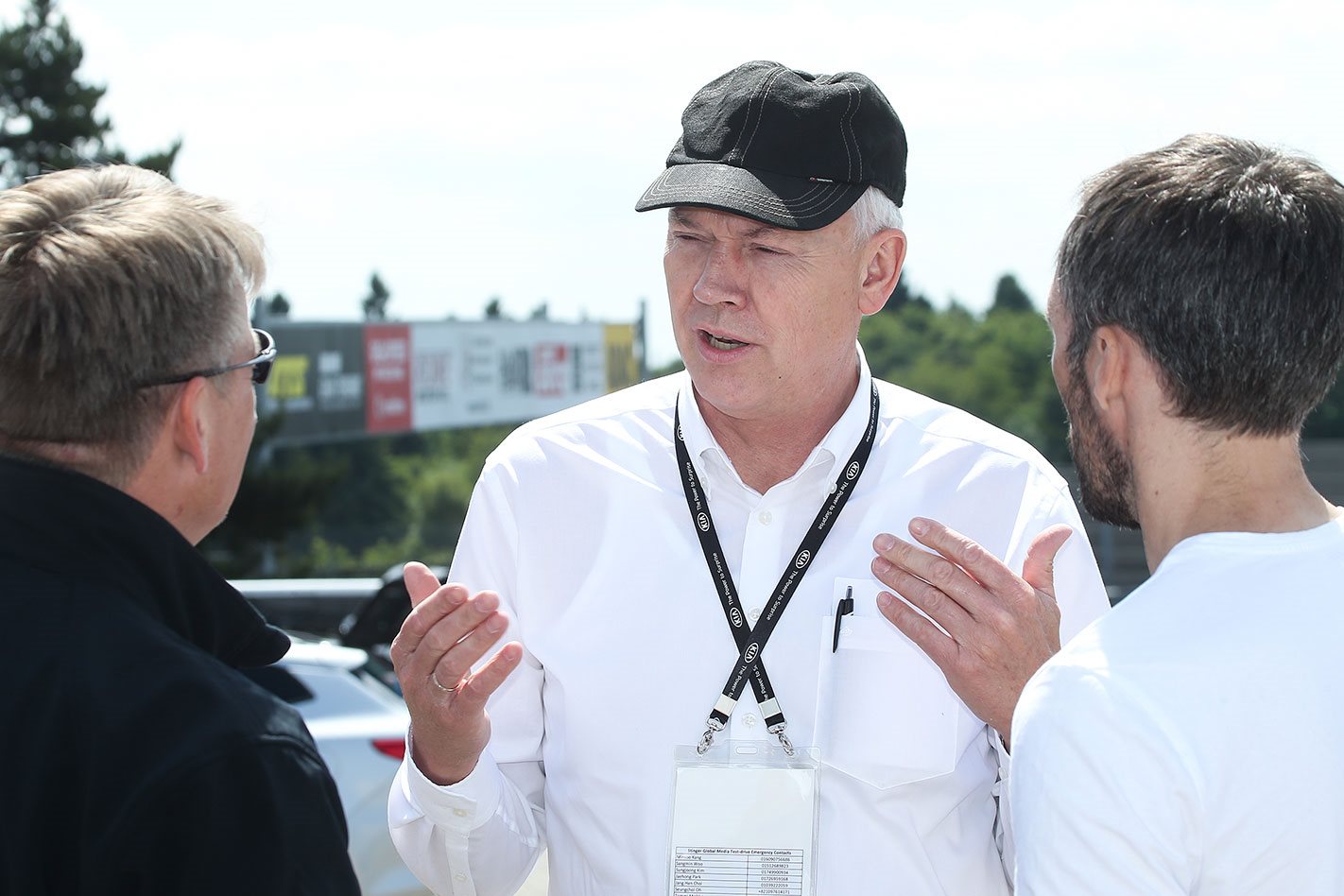 Biermann laughed when asked if Hyundai’s 5.0-litre ‘Tau’ V8 – which is offered in the rear-drive Genesis in the USA and South Korea – would fit in the Stinger GT.

“We’ve never thought about it but it probably would,” he grinned. “But the V8 we have right now, the standard V8, I don’t think would be significantly more powerful, it would need a special treatment!”

The German engineer, who until recently headed up the technical side of BMW’s M Division, said the only V8-powered, manual Stinger we might see anytime soon would have to be a one-off concept-style car cooked up in his engineers’ spare time.

“That would probably be a very entertaining car,” he laughed.

“Maybe I make one with my junior engineers for some crazy Stinger enthusiast event or something, make a drift car or something! Maybe, let’s see. We’re so busy with so many cars! There are so many things we could do if we had more time.” 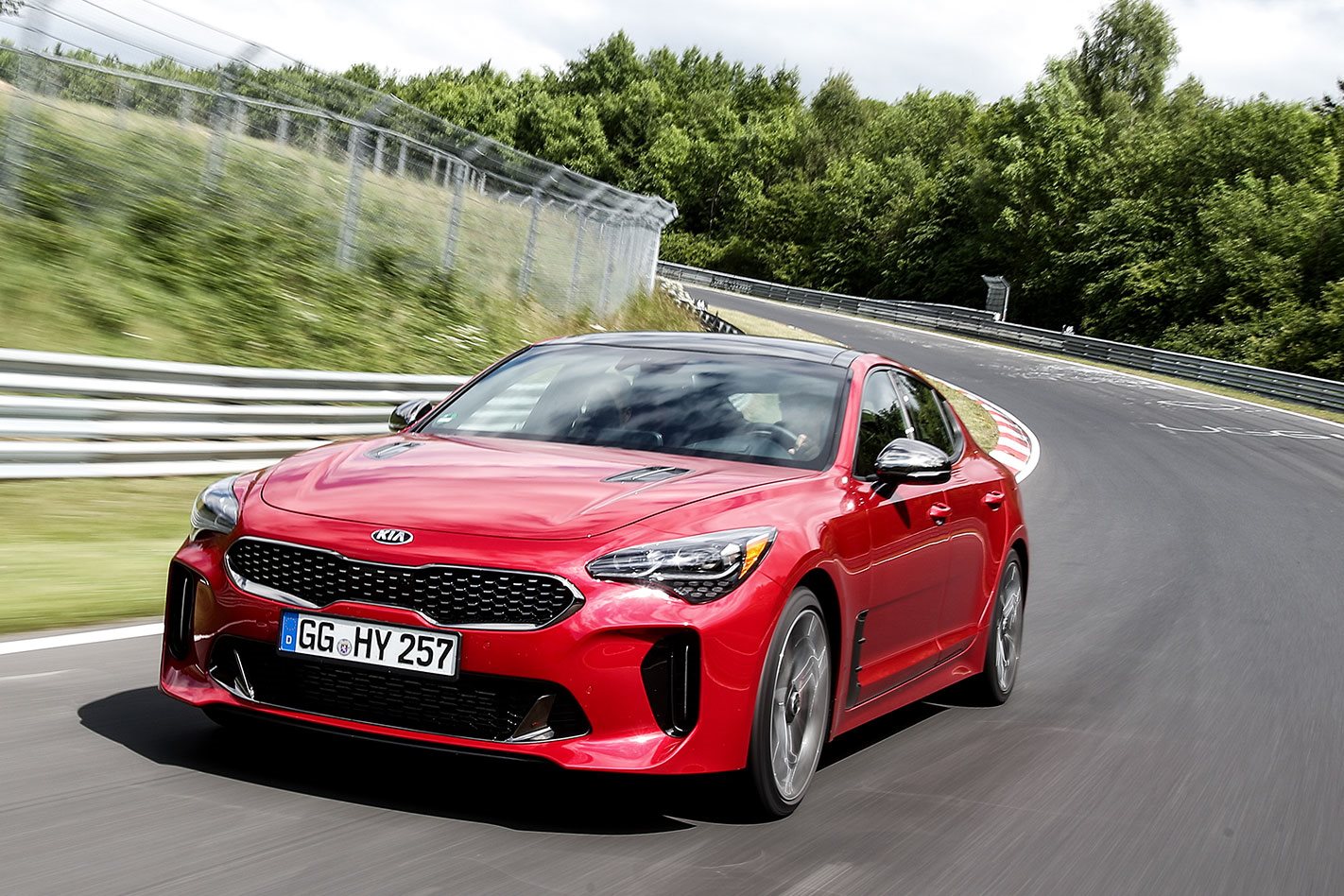 Biermann also clarified why the Stinger GT is eight-speed auto only, interesting when ‘stick shifts’ remain popular in the car’s chief target market, the USA.

“I think for the power level of the V6, I don’t think we would have a suitable manual gearbox,” he said.

“For example, for the 2.0 turbo, we would have a manual transmission … [and] personally, I would love to see one in the Stinger but right now nobody is requesting it.

“It would be very nice configuration to have the 2.0 turbo and then also you can save some weight by putting the manual gearbox in there and definitely a car that I would personally love. But right now there’s no idea.” 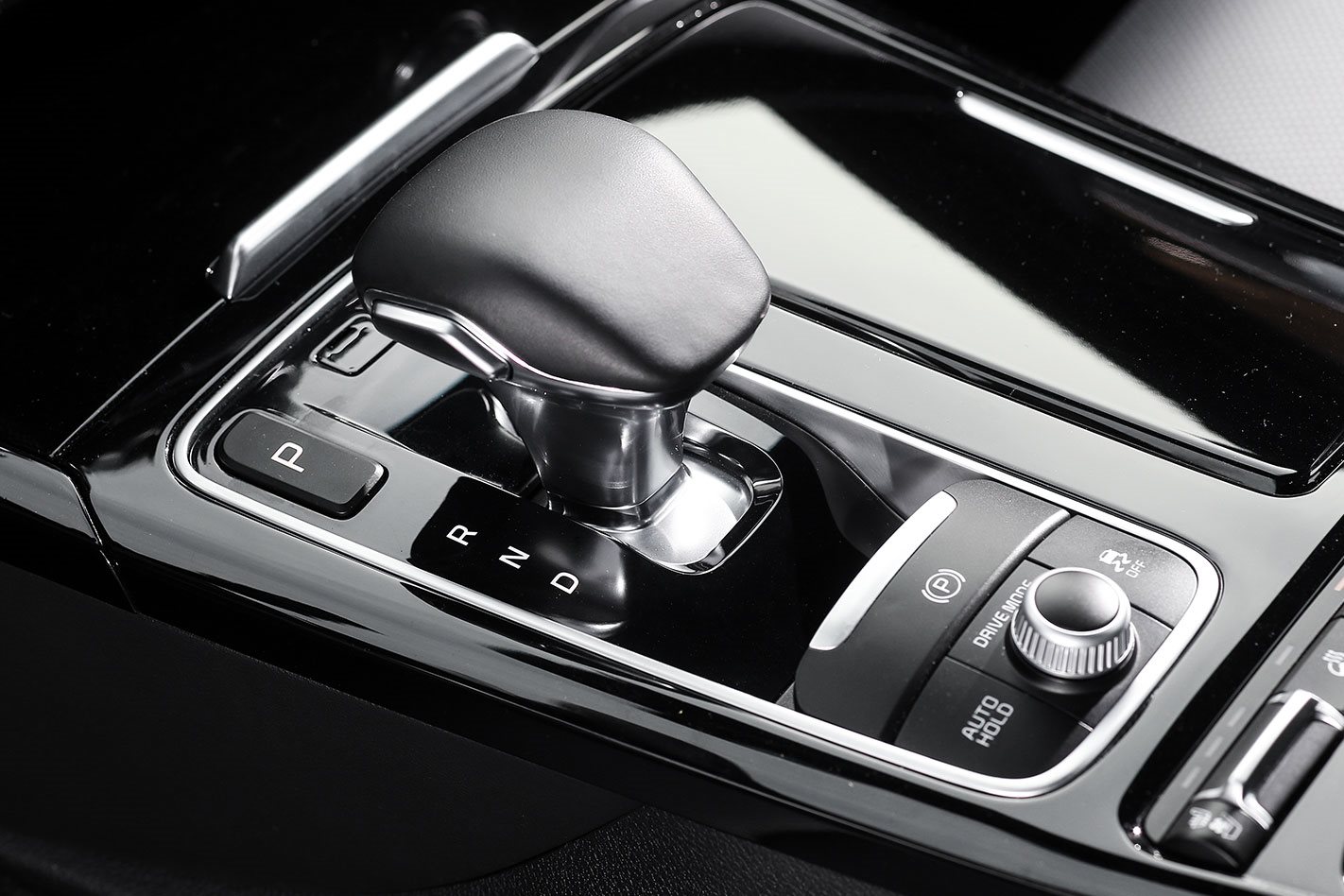 He also said there were no derivatives planned of the Stinger GT like a shortened-wheelbase coupe; that its mechanical limited slip differential is ripe for swapping for an electronically-locking unit in a facelift; and that were was no plans for a Hyundai N-style performance brand for Kia.

“I don’t think it’s necessary,” he said of the performance sub-brand. “I think the Kia GT needs some time to grow strong, and I think with the Stinger GT there will be a big step up for the GT sub-brand of the Kia cars, and for now that’s good enough for Kias.

“At some later stage when we attract more people into GTs, they might ask for more, and then it’s a matter to decide, okay, let’s make a high performance car for Kia, and from my point of view, no problem, we are ready to do it. It would be fun.”