Range-topping roadster receives a dose of 911

Porsche has revealed the most potent Boxster yet, ahead of the car's debut at the New York Motor show.

As predicted by MOTOR, the 981-series Boxster Spyder takes select components from the recently released Cayman GT4 and installs them in the open-top bodyshell.

Unlike the hardcore GT4, the new Spyder is not the product of Porsche's motorsport department, but benefits from lessons learned during that car's development with the installation of the 3.8-litre flat-six from the 911 Carrera S.

Power is 276kW, seven kilowatts less than the GT4, but that's still sufficient for 0-100km/h in 4.5sec and a top speed of an impressive 290km/h. In good news for enthusiasts, like the Cayman GT4, the new Boxster Spyder will only be available with a six-speed manual gearbox.

The chassis has not received the same level of fettling as the Cayman, but the ride height has been lowered by 20mm, there's more direct steering and brakes also lifted from the 911 Carrera.

The most obvious design change is the addition of two prominent rear bulges behind the cabin, while two fabric fins extend from the manually-operated roof to give the car a sleeker profile.

Hopefully this roof arrangement is more user-friendly than the last Boxster Spyder, the fabric roof of which was a right pain. 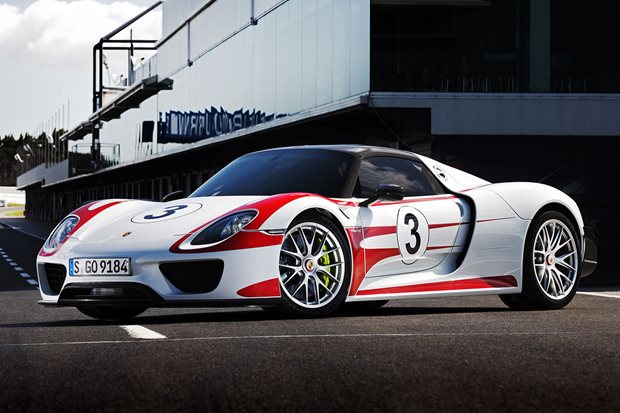 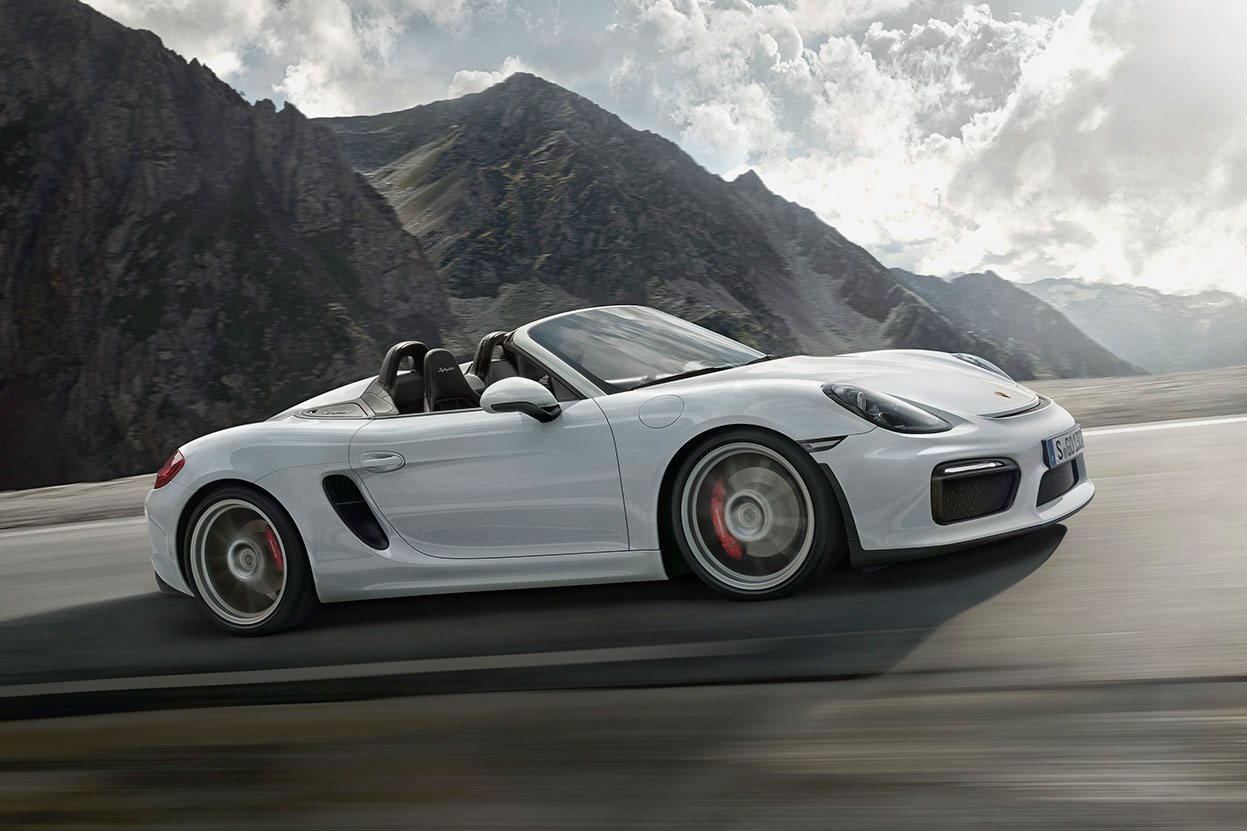 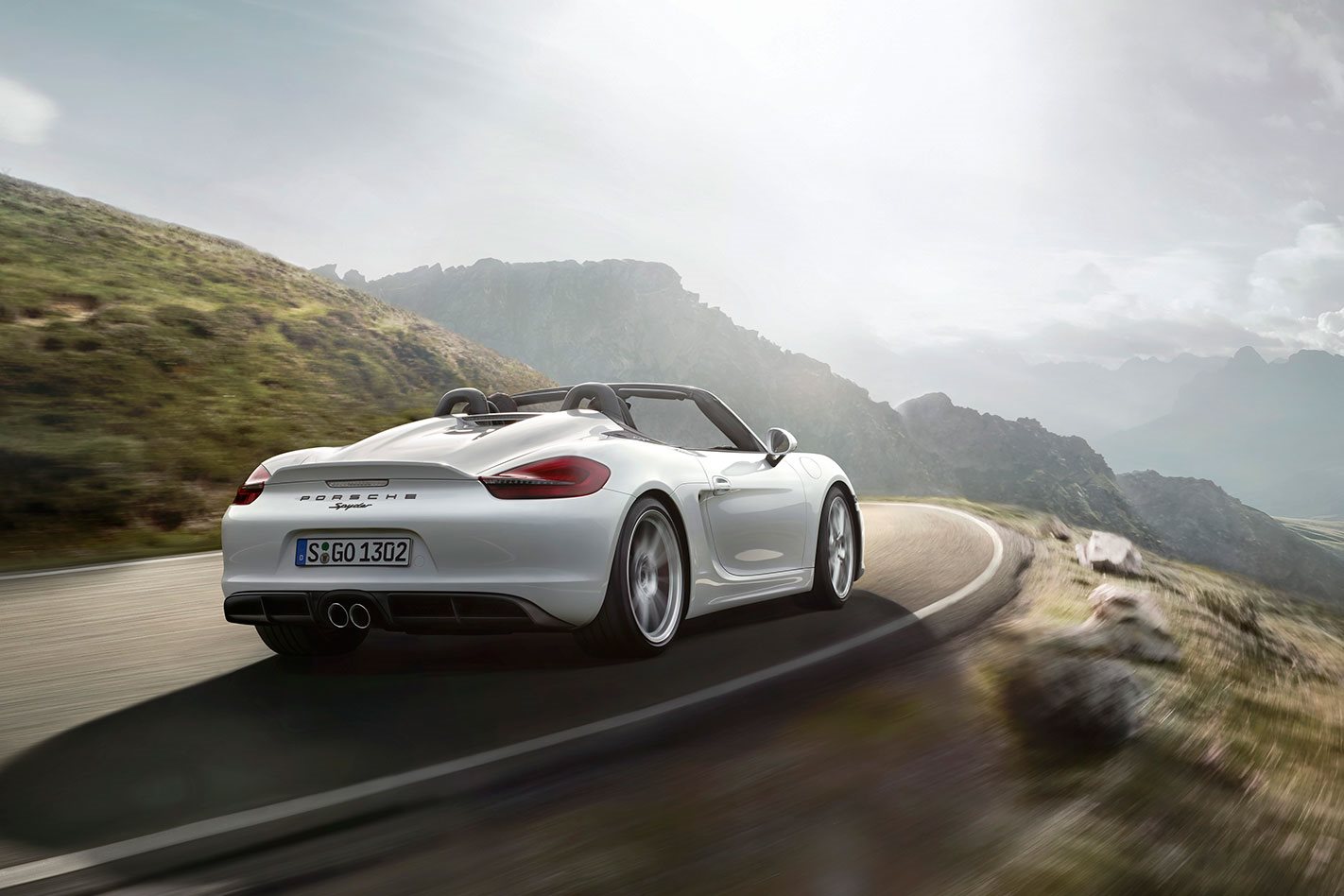 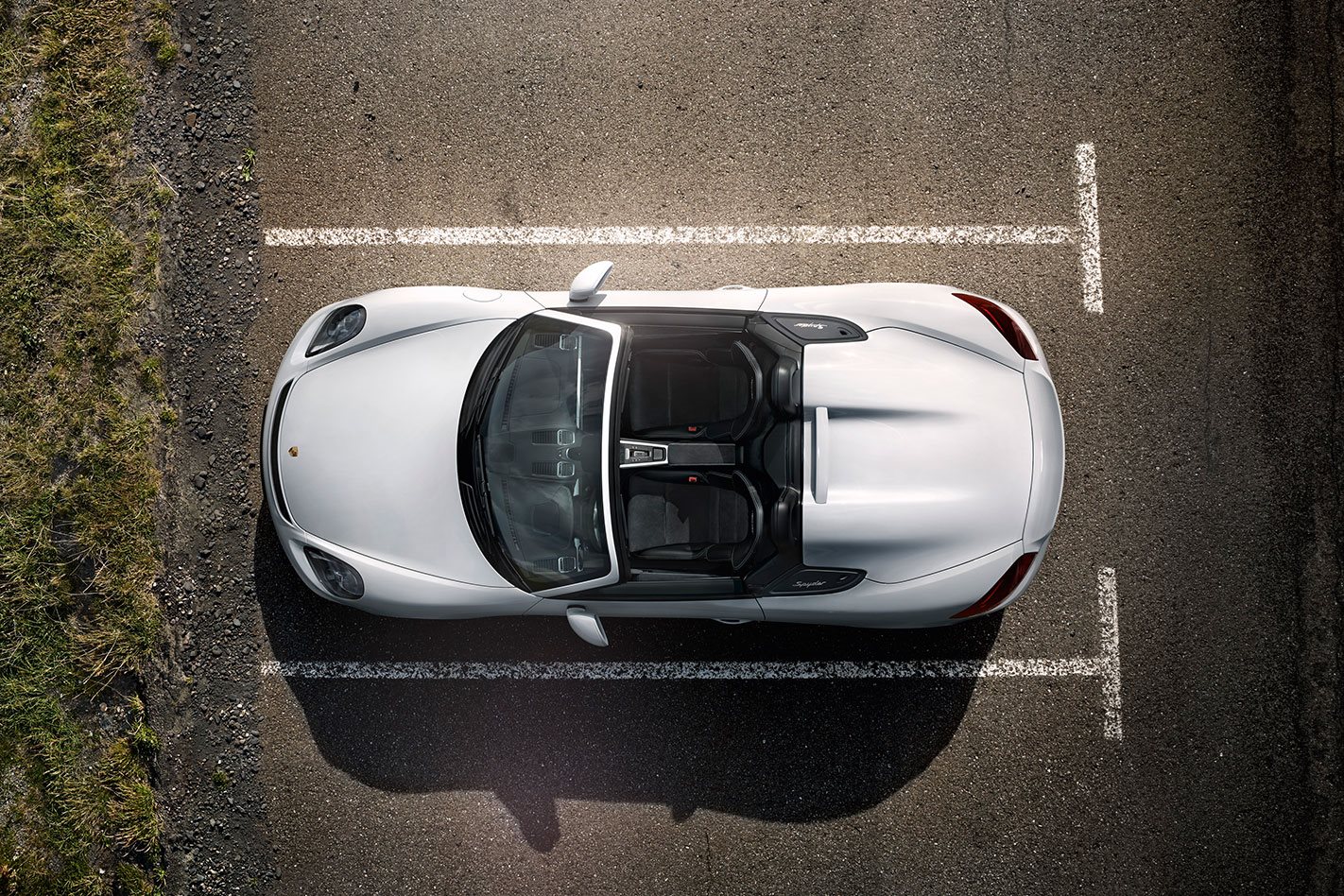 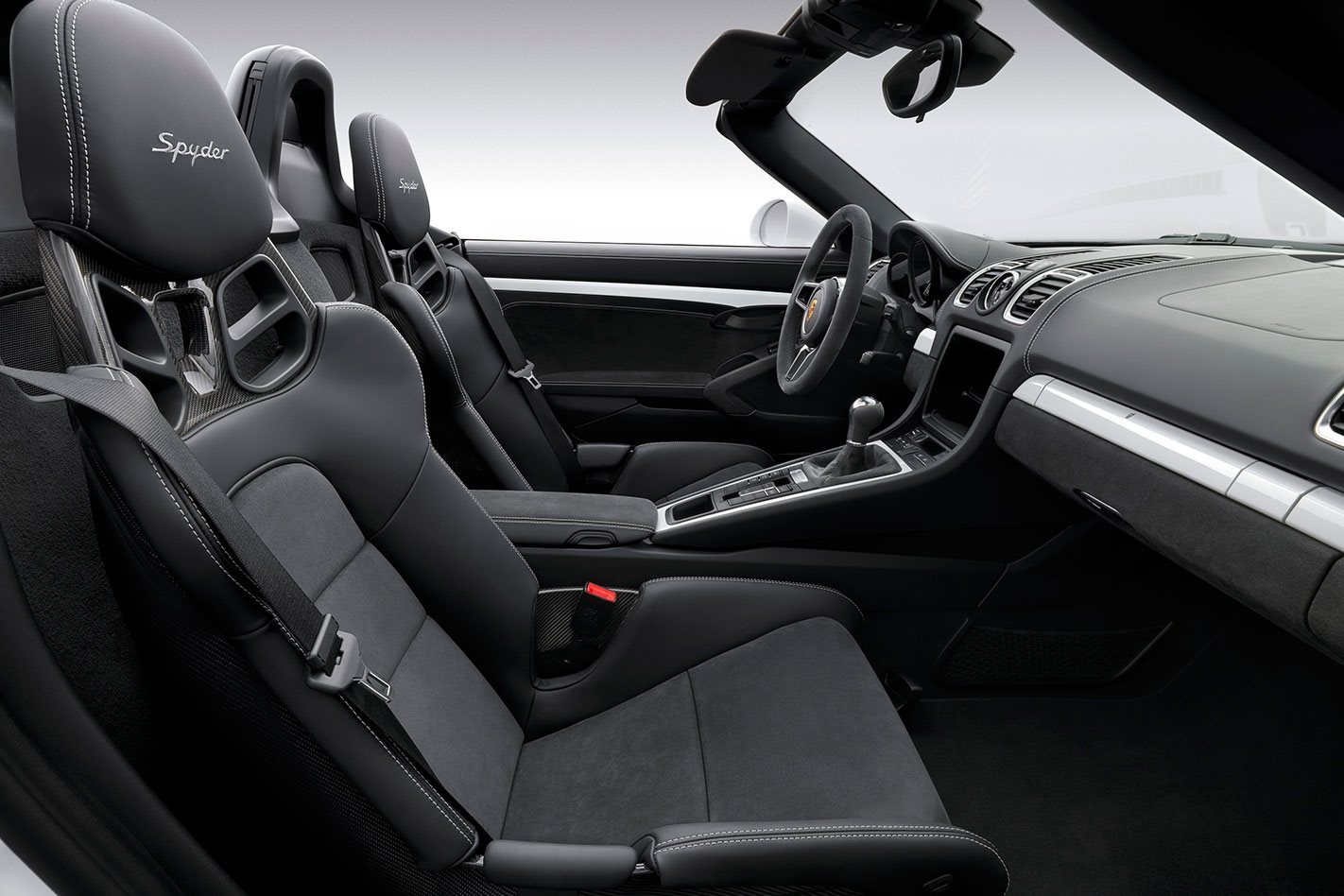 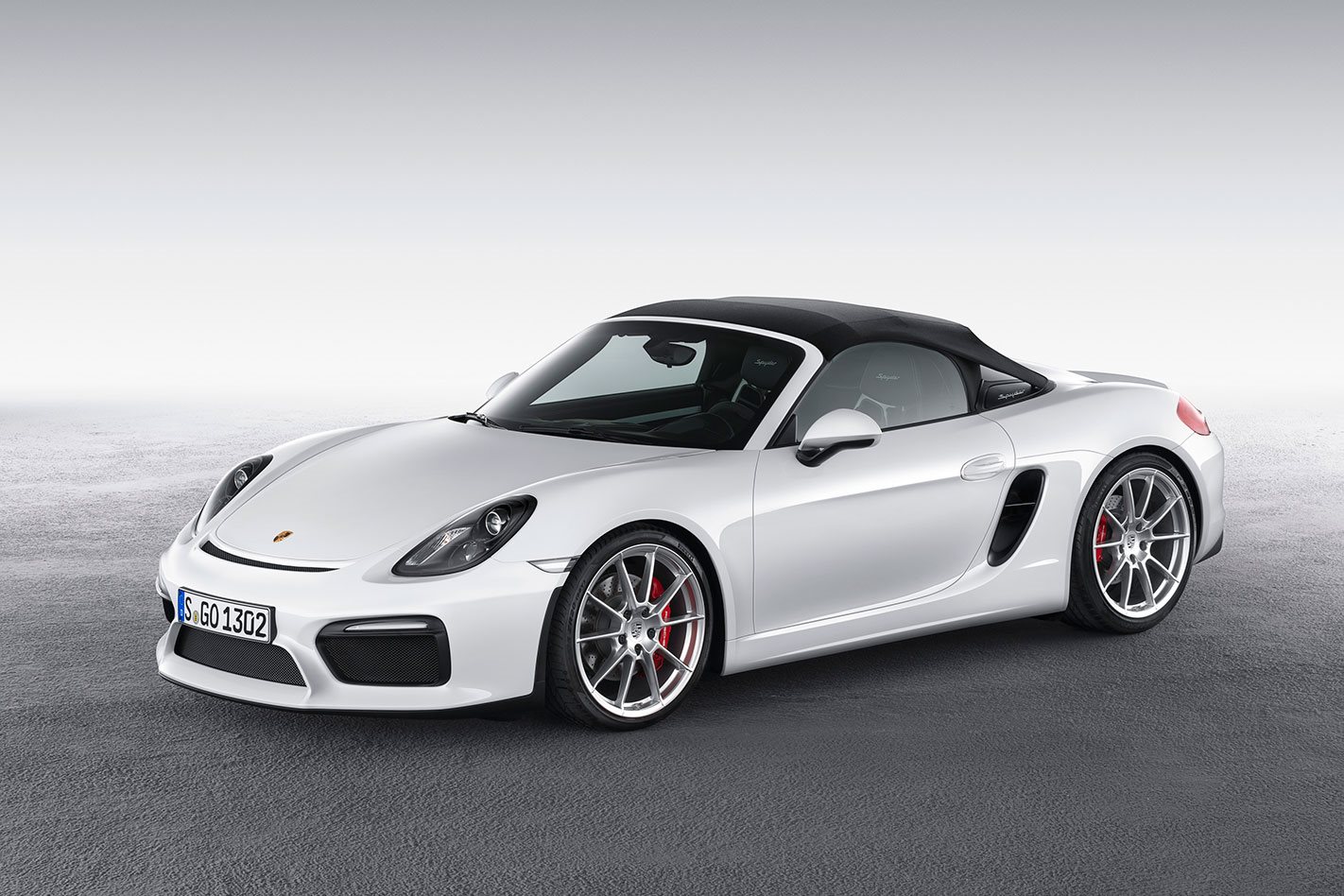 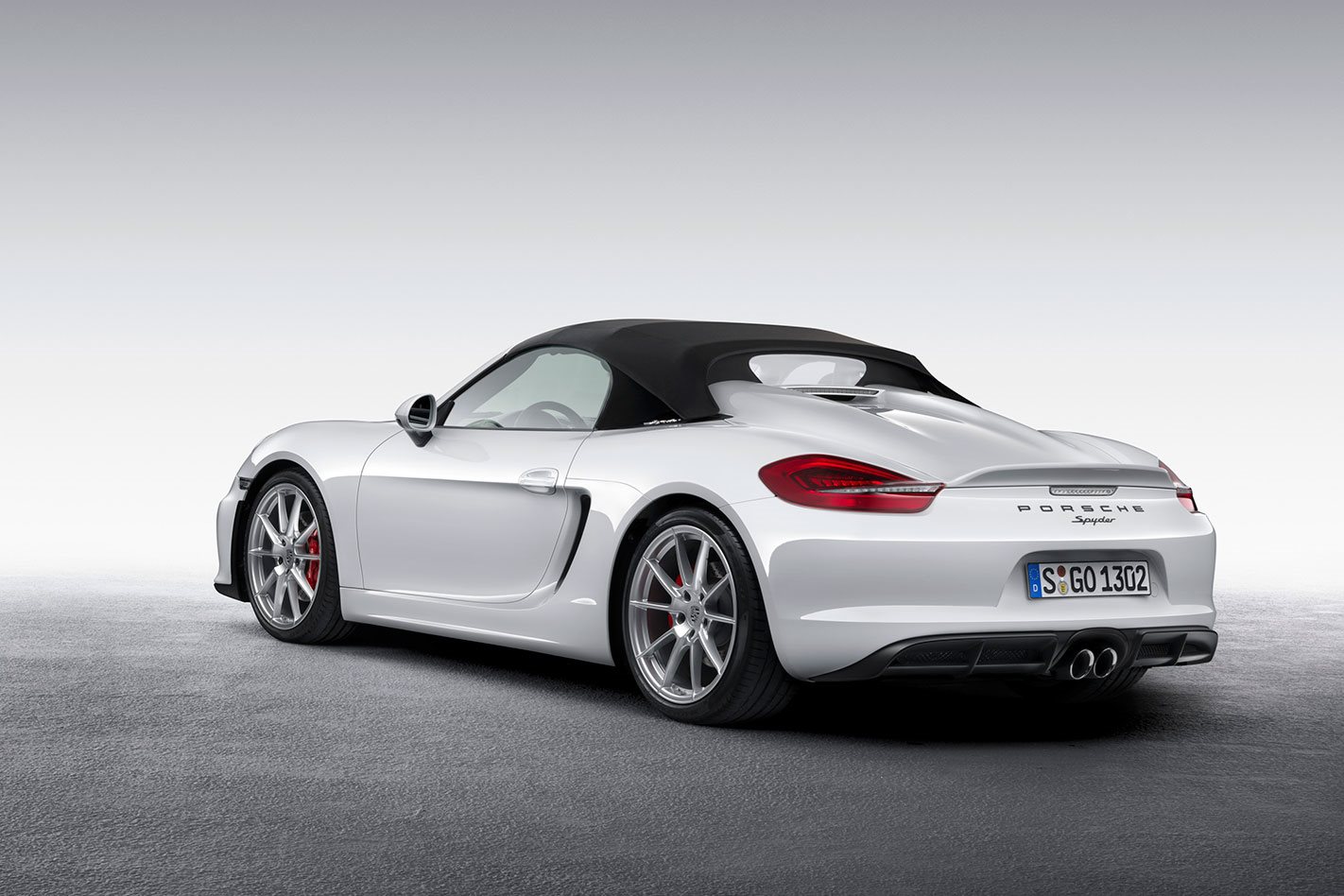 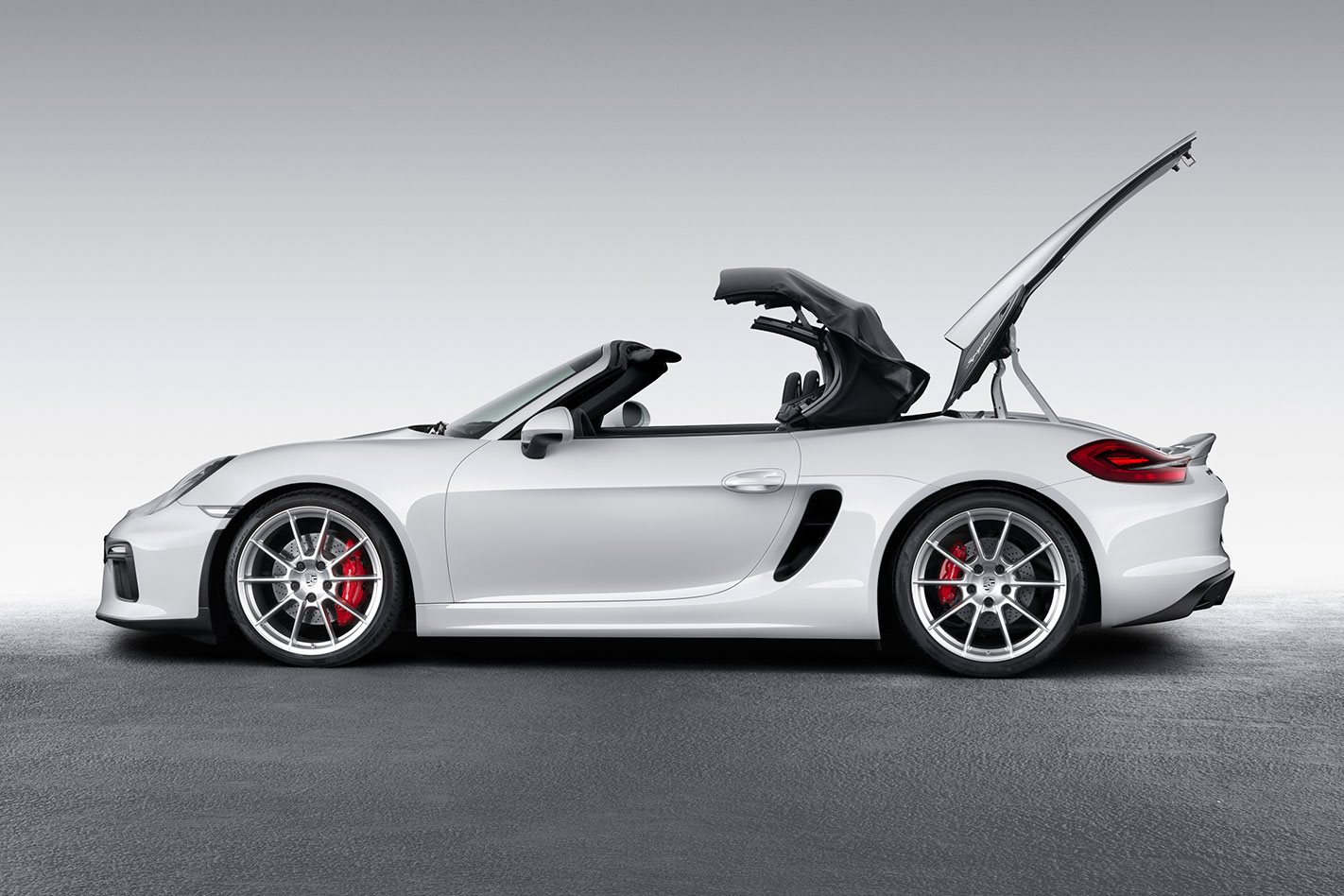