Renault Sport could have just given us a manual transmission, but with the butch Clio RS16 Concept it delivered a whole Megane RS drivetrain instead.

Squeezed under the bonnet of the fourth-generation Clio is the same 201kW/360Nm 2.0-litre turbo four from the Megane RS275 Trophy-R, and a six-speed manual transmission – finally – sits between the front seats. 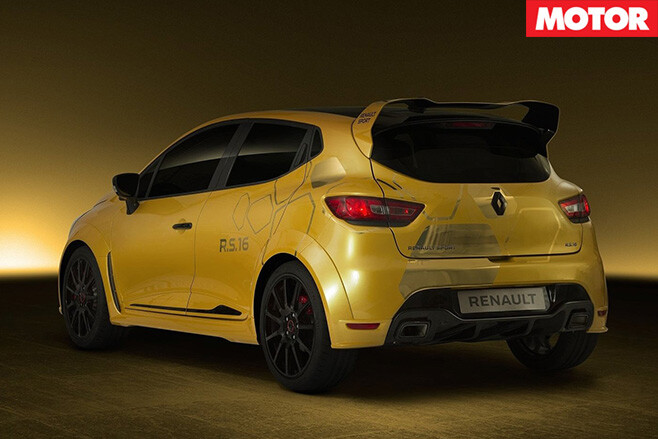 The front suspension needed reworking, too, so Renault Sport chose to combine parts from both the Megane and, curiously, the Kangoo small van and Espace people mover.

It all sounds a bit ‘bitsa’ and indeed it is. The French hot-hatch brand says “a commando unit” of 10 employees was set to task to create a project to complete over five months following a decision made in October 2015 to create a car to celebrate Renault’s return to F1 and Renault Sport’s 40th anniversary. 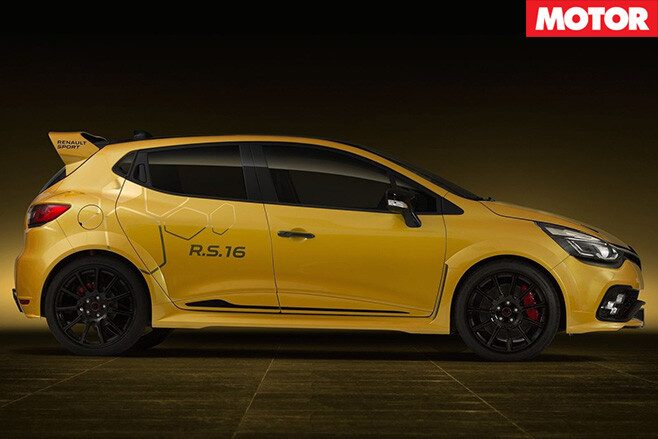 But the Clio RS16 Concept would also recall another past, fast Clio.

“We all recalled the impact made by Clio V6,” started Renault Sport boss Patrice Ratti, referring to the second-generation mid-engined Clio special.

“We wanted to create a technical concept car with extraordinary performance levels but which was more realistically priced … we therefore had to keep our feet on the ground and use simple, ingenious solutions to achieve a vehicle that could be type-approved.” 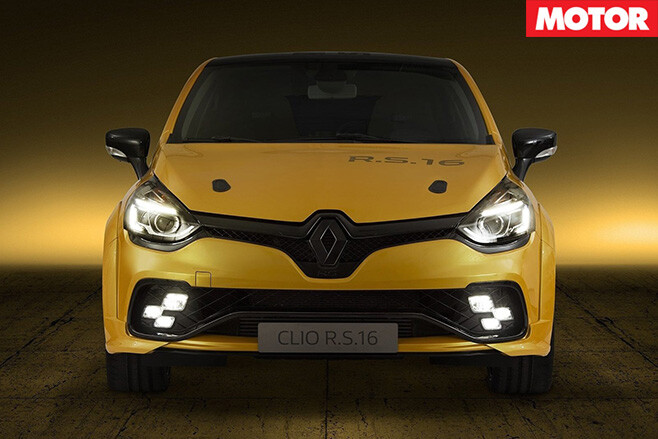 Type approved? Call it a set of conditions enabling it to be sold around the world.

The current fastest Clio, the RS220 Trophy, delivers 163kW/280Nm from its 1.6-litre turbo four but is auto only. Yet its compact size means it’s also 66kg lighter than even the stripped-out Megane Trophy-R.

No performance figures or kerb weights are claimed for this RS16 Concept, but a baby Clio with the performance and handling of a Megane RS275 Trophy-R sounds mighty alluring to us.