With 559kW and 895Nm thanks to a supercharging kit added to the GT’s 5.0-litre V8, the Spec 5 Mustang was already the highest tune offered by RTR (which stands for Ready to Rock, by the way), with a host of upgraded driveline parts and a complete restyle of the Mustang’s exterior.

The 10th Anniversary Edition takes this a couple of steps further with custom options for its 10 customers (yep, only 10 cars will be built), including buyer’s choice of highlight colour (all 10 will be based on Lead Foot Grey), and a numbered dash plaque signed by Vaughn Gittin Jr. 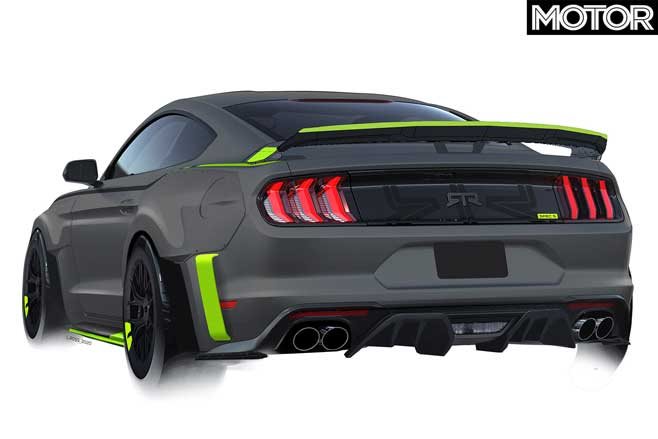 Gitttin Jr says he is “pumped for the official launch of the Mustang RTR Spec 5.”

“Up until now Spec 5s have been a halo vehicle that have been reserved for special projects and racing initiatives only.

“It is going be wild seeing these impressive and fun RTRs on the street in all their glory! I can’t wait to see the smiles on the owners faces!”

Each of the 10 cars will be built by US Ford dealer and tuner Lebanon Ford Performance, itself having recently announced a rather interesting value proposition to extract a lot of power from the current-gen Mustang GT.

But with RTR’s cars, there will apparently be barely a stock part visible left on the car as Gittin Jr says he wants this to be the “most epic representation of what RTR stands for.”

“I started RTR 10 years ago as a project of passion. I wanted to bring something new and fresh to the Mustang world. Now 10 years later, I have an incredible team at RTR Vehicles, and we have multiple RTR models available all over the world for Ford vehicles.

“While we are just getting started, we thought it would be a great idea to celebrate our first decade of living the RTR dream by launching this 10th Anniversary Spec 5.

“This 10th Anniversary Mustang RTR Spec 5 is the most epic representation of what RTR stands for, modern aggressive styling, easily drivable smile inducing power, adjustable performance to suit customer’s needs, and overall just the right enhancements that an owner needs to stand out from the crowd with.” 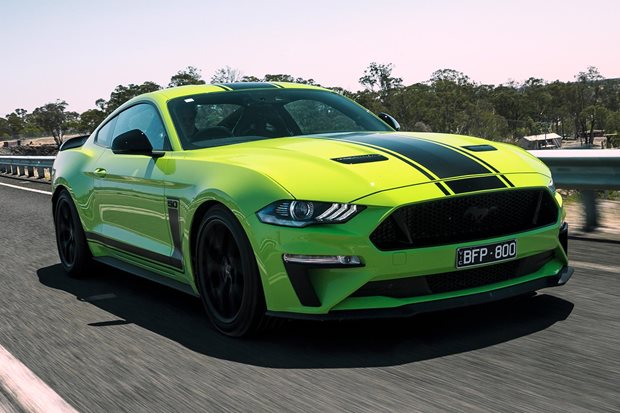 Despite rumours, there’s no plan for further collaboration between Ford and Herrod