This custom tracked Bentley could be ‘peak Russia’

Big, heavy, and impervious, those are the words often used to describe the Bentley Continental GT... or tanks, which can explain the line of thinking that led to the creation of this, the Ultratank.

Based on a used first-generation Bentley Continental GT, the Ultratank is the brainchild of Russian YouTuber AcademeG. 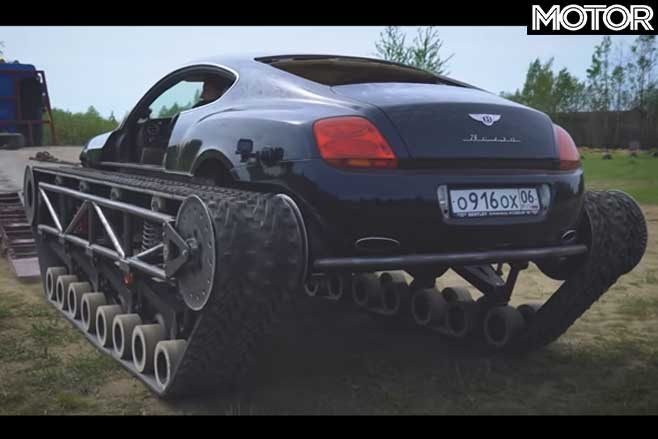 Hailing from a country that is famed for creating off-road track vehicles that are capable of taking on the country’s vast wilderness and suited for its sparse infrastructure, AcademeG claims that the Ultratank was meant to be more than just a showboating one-trick pony.

In a series of YouTube videos that chronicles the Ultratank’s build, AcademeG goes over all the planning and technical considerations that went into building a functional tracked vehicle that is able to work reliably, rather than just go from 0-100km/h in 5 seconds.

Impressed by the rigidity and toughness of the original Continental GT body and chassis, AcademeG kept much of its passenger cell intact, though parts of its front crash structure was lopped off to accommodate the tracks. 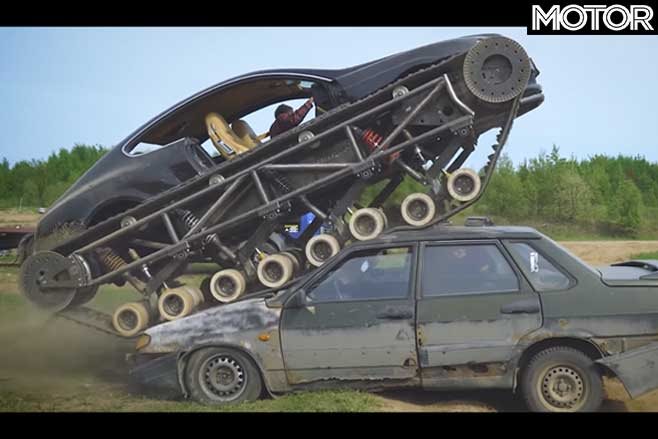 The same however can’t be said about the Bentley’s complicated running gear, which was quickly discarded for something more suited for rough and tumble life away from the comforts of the road.

In place of its sophisticated W12 engine, the Ultratank has adopted a Toyota 4.3-litre 3UZ-FE V8 engine that has been tweaked to produce power in upwards of 300kW.

Power from the engine is sent to “the biggest rear axle” they could source, a Dana 60 solid rear axle with an open diff, whereas the front axle is lifted off a UAZ and the transfer gearbox hails from a GAZ-66 military truck.

These drive components are attached to a fabricated spaceframe and suspension system, on which the car’s original body would sit. The construction and design of the tracks itself was said to have taken more than two months to complete. 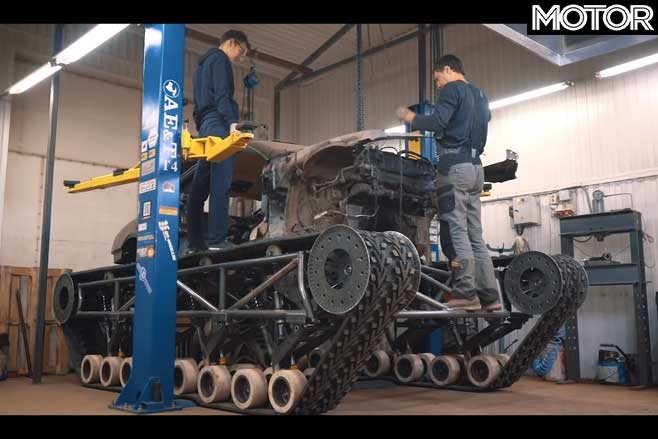 Put together the Ultratank tips the scales at 3100kg, a significant weight gain from the Continental GT’s already portly 2385kg mass. Nevertheless it is still able to hit an ‘electronically limited’ top speed of 60mph (97km/h) rather expediently.

All that work however seems worth it with videos of the Ultratank climbing effortlessly over obstacles, turning on a dime, and running over cars as tanks are meant to do.  According to AcademeG, there are still some technical kinks to iron out and improvements to be made, with the Ultratank copping custom made doors in its latest update.