The Ford Focus RS500 has been caught venting its angrier performance at the Nürburgring.

Bonnet vents on the Focus RS development mule photographed suggest the Blue Oval is planning to build an even faster version of its all-wheel-drive hot-hatch – the launch of which, in standard guise, is imminent locally. The mule also appears to feature an adjustable rear wing, while an RS500 would also be expected to feature stiffer suspension, bigger wheels and brakes, and stickier tyres.

Speculation, however, suggests Ford may derive quicker acceleration and more nimble handling – courtesy of a lighter body, rather than dramatically increased engine performance. With the Focus RS’s 2.3-litre turbo four-cylinder believed to be already nudging its power ceiling at 257kW, there are rumours of polycarbonate windows, carbonfibre bodywork and a stripped-out cabin that could shave up to 100kg from the fast five-door’s kerb weight. 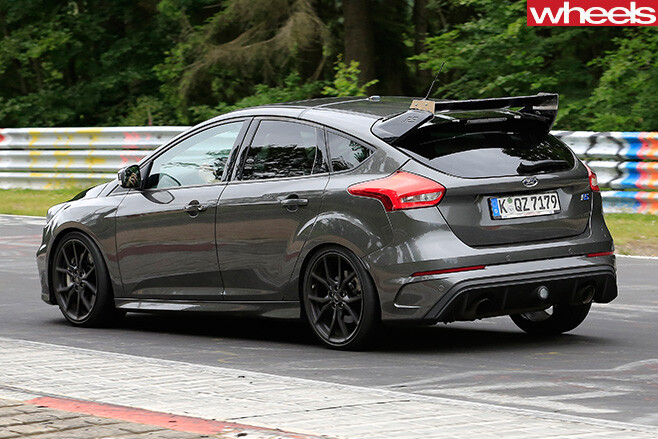 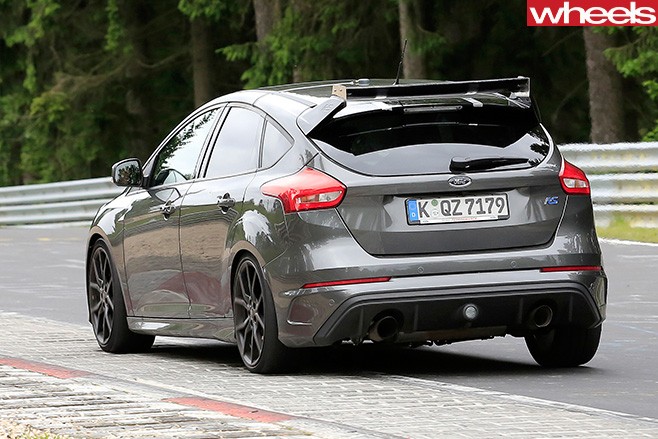 Even if Ford were to build a new RS500, best not get too excited yet. The previous RS500 was not only produced in limited numbers, its left-hand-drive arrangement further prevented the model from making it here to Australia.