Light at the end of the ‘production hell’ tunnel

TESLA has its tail up. That’s if you believe pitchman Elon Musk. In a sometimes emotional and frequently bullish shareholders meeting near the company’s Palo Alto headquarters, Musk outlined his plans for the brand and attempted to address many of the issues that have led to Tesla’s stocks being the most shorted in the auto industry. 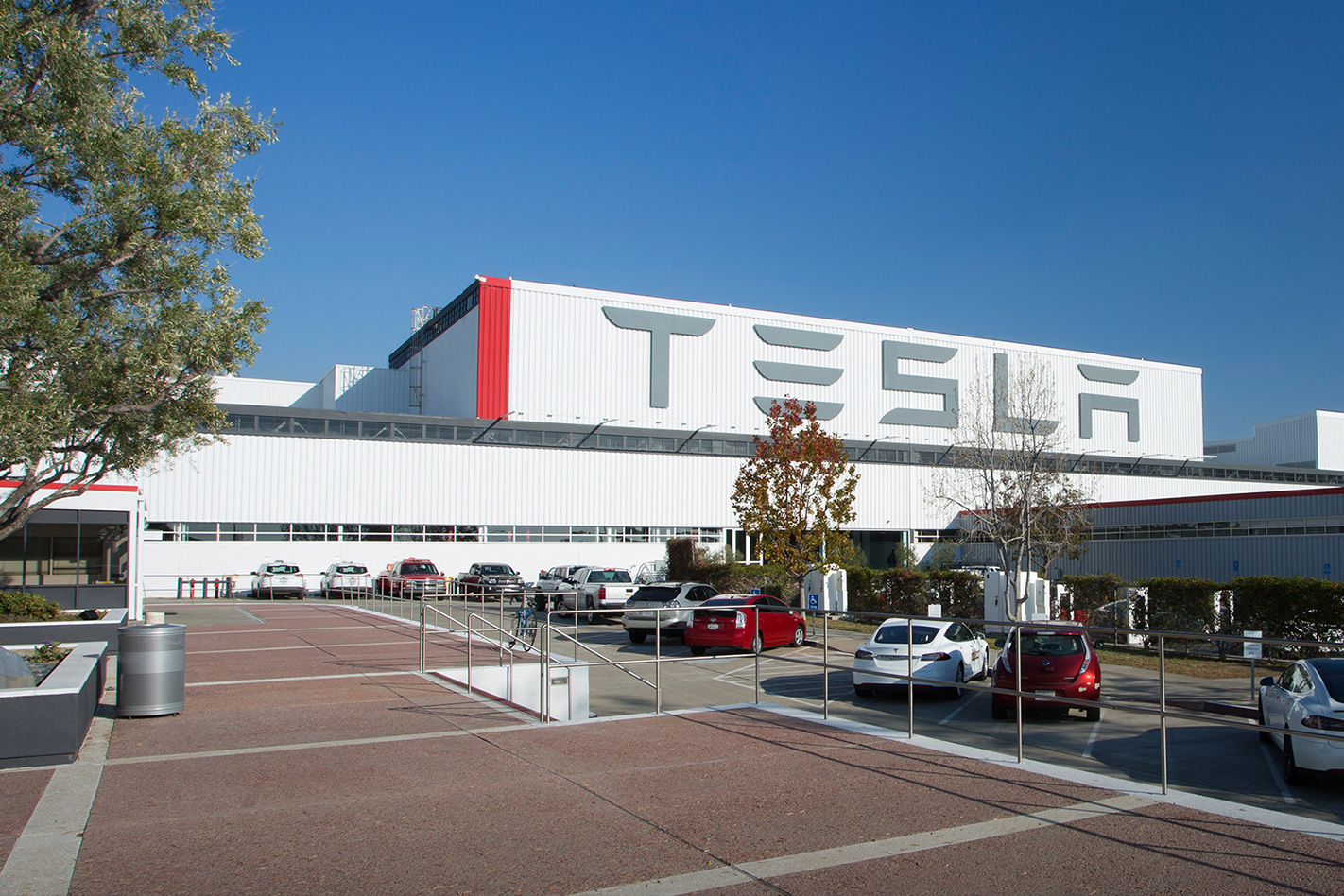 While he was keen to spruik the fact that the Model 3 production line can now make 500 cars a day and is targeting 5000 cars per week by the start of July, significant issues still remain. According to purchase analytics company Second Measure, twice as many Model 3 deposits are being refunded than  acquired, with a quarter of all Model 3 pre-orders being cancelled.

“This was, I have to tell you, the most excruciating, hellish several months I’ve maybe ever had,” Musk admitted, alluding to the production issues that have dogged the Model 3, “but I think we’re getting there.” Profitability has proven an even tougher nut to crack for Tesla and the recent layoff of nine percent of its staff was a “difficult but necessary” strategy to achieve that, according to Musk.

Undeterred by the company’s issues with getting cars to customers, Tesla displayed a third Roadster prototype (for which he announced an updated ‘SpaceX’ performance upgrade) and its semi-truck project, currently mired in intellectual property litigation with competitor company Nikola. In addition to this, Musk showed teaser images and announced dates for the much-rumoured Model Y crossover, citing a March 15th reveal and production slated for late 2020. Running on a modified Model 3 platform, the crossover would not be built at the at-capacity Fremont factory, and would also utilise a more traditional build process. 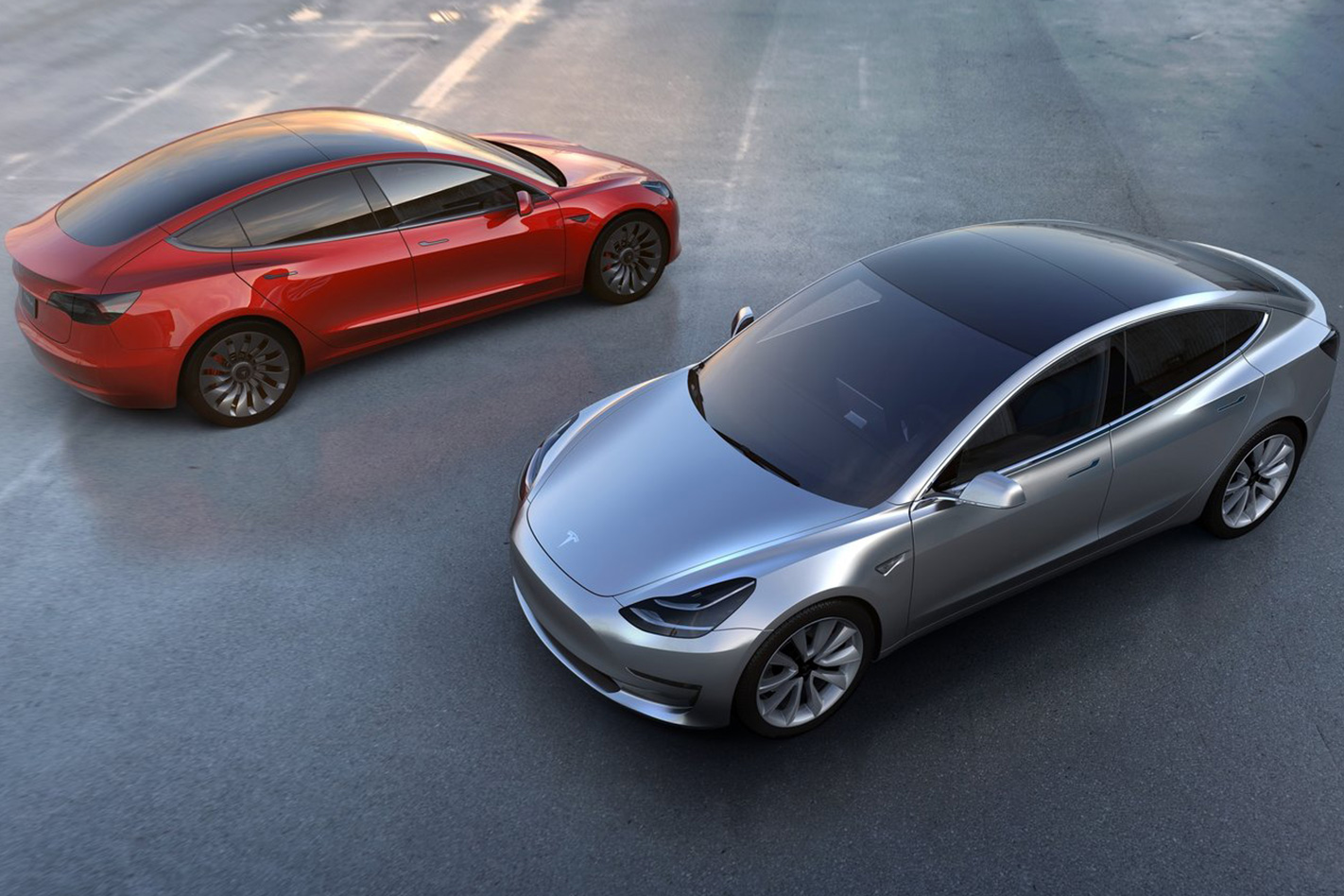 In an attempt to clear its production backlog, Tesla opened a third production line this weekend, built not inside the Fremont factory but in a vast temporary tent structure outside. Built over three weeks, the makeshift assembly line had just produced the first Model 3 Dual Motor Performance.

Musk claimed that the Model 3 is already outstripping US sales of the BMW 3 Series, Audi A4, Mercedes C-Class and Lexus IS. The dual motor all-wheel drive version of the Model 3 is set to bolster its market appeal when it hits showrooms in July, although the big kick-on in volumes remains reliant on the addition of the “shorter-range battery/lower-cost” Model 3 which Musk stated was due “around the end of this year.”

Musk also suggested a Golf-rivalling compact car was in the works. In an apparently off-the-cuff remark, he said, “I think we’ll do a compact car in less than five years.”

When asked during the shareholder’s meeting whether it was possible to specify a Tesla with no leather used in the interior, Musk indicated that it was currently possible to do so via special order although this slows the build process. He then let on that the forthcoming Model Y would feature no leather in its build, with seats and steering wheel trimmed in a more sustainable material. “If it does have a steering wheel,” he deadpanned. 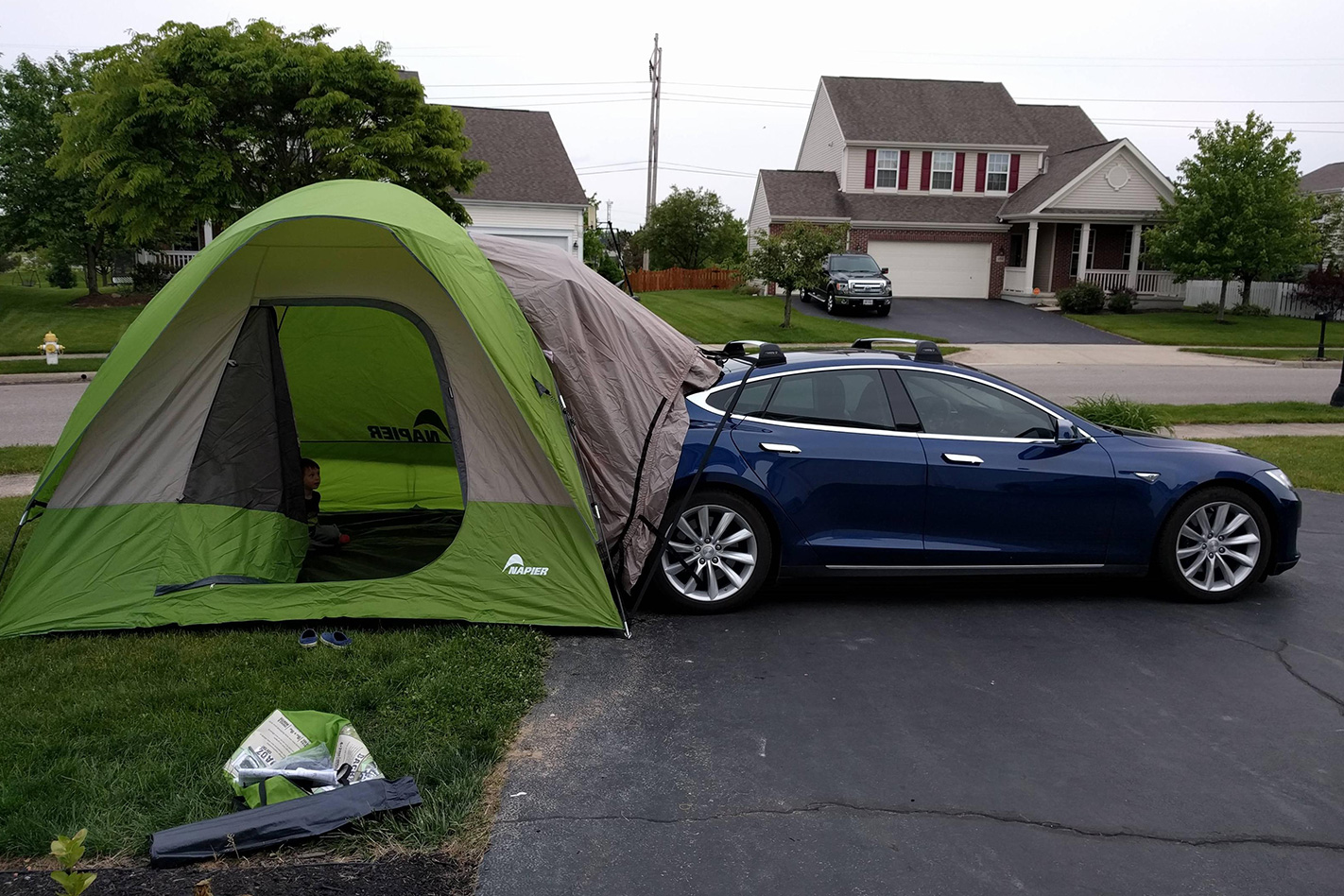