However, there are some caveats offered at the same time by the Californian manufacturer.

Equipped with a higher-density 100kWh battery pack, it’s said to smash 60mph (97km/h) in 2.5sec. This, it says, is actually the “third” fastest time for a production car.

Other cars serving up quicker times are the Porsche 918 Spyder and Ferrari LaFerrari. Why Tesla goes on to boast its new P100D is the quickest accelerating cars in the world, is that both these hypercars are ‘limited run, million dollar vehicles that cannot be bought new’. 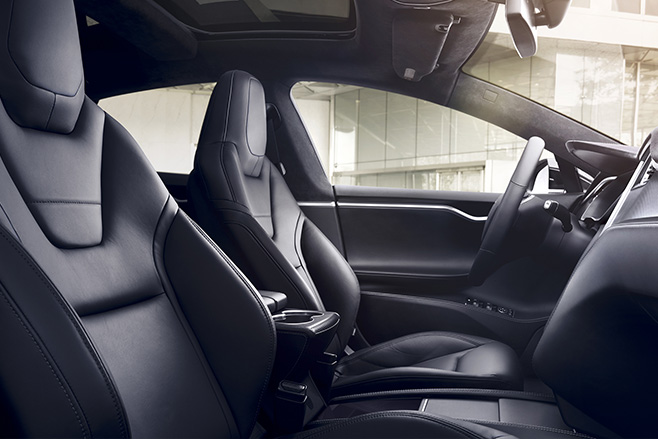 To further douse the claim, Tesla then partners the ‘2.5sec’ claim with an asterisk. Saying the figure is an ‘expected’ value and calculated using US magazine Motor Trend’s benchmark (which factors in roll-out).

On the upside, if the P100D can’t match its heroic claims on the drag strip, the new battery pack extends the car’s range to 613km on the EU cycle, which Tesla says is the longest for range for any electric vehicle so far.

Keen to bait Lambos with Tesla’s newest toy? If you’re waiting delivery of a $208K Tesla P90D with Ludicrous mode, it’ll be an extra $10K for the big battery, while existing owners of the same car can upgrade for $20K – more because the battery needs to be recycled.