Tesla’s new Model X is faster than an AMG GT

Revealed yesterday to a global audience, the company’s follow up to the Models S debuts with the top-specification P90D model, which is said to dispose 0-97km/h in 3.2seconds when optioned with ‘ludicrous’ mode (for US$10,000), or 3.8sec if not.

The SUV's quarter mile time is equally as impressive; Tesla claiming the Model X lunches the distance in 11.7 seconds. 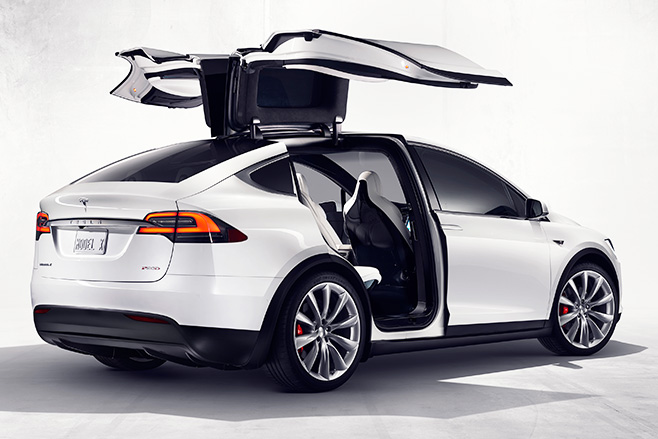 Providing thrust is the same drivetrain layout as the sedan Model S P85D, where front and rear mounted electric motors produce a combined total of 568kW and 967Nm deployed via all-wheel drive.

Tesla also offers a base model, the 90D, which is a second slower in the sprint to 97km/h than the performance model.

Top whack for all models is 249km/h, no doubt helped by a 0.24 drag coefficient which Tesla claims is the lowest for any SUV and makes the Model X slippery as Mercedes-Benz’s S-Class. 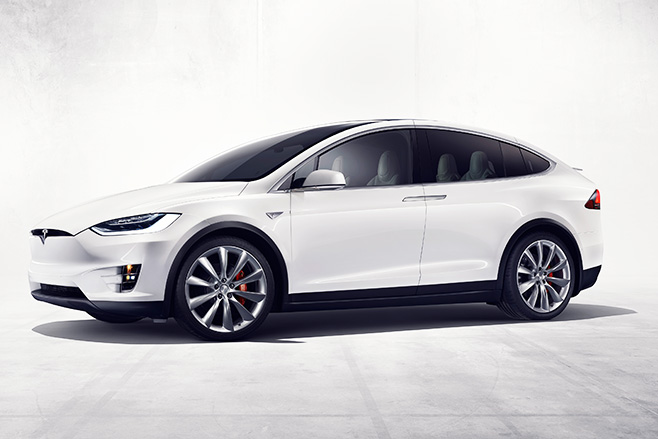 At 2467kg, she’s heavy, and 263kg heavier than its sedan sibling, but it’ll swallow seven forward facing passengers, a task made easier by its ‘Falcon wing’ rear doors.

Double-hinged, and said to be a parent’s dream, the automatic ‘falcon wing’ doors open up and out to allow unobstructed access to the rear seats. Sonar sensors are said to help them manoeuvre tight car spaces.

Inside, the Model X also boasts a suite of high-tech features like a 17-inch touch screen, active safety systems, 17 speakers, and a climate control ‘bio-weapon’ defense mode should you drive through any clouds of mustard gas. 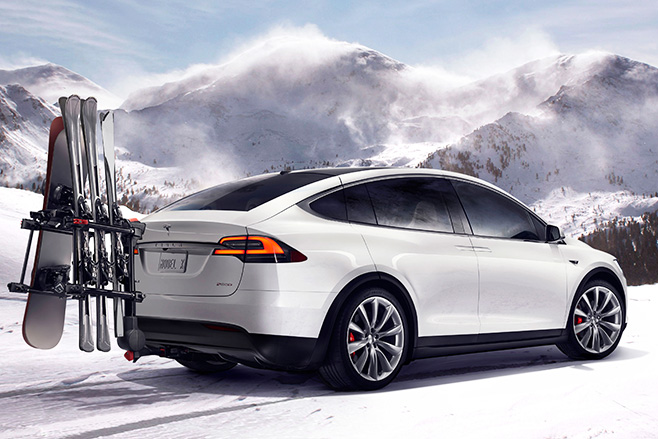 Local timing and pricing is yet to be confirmed, but Tesla says any new orders for the Model X will see the car delivered in late 2016.