It probably hasn’t escaped your attention, but track-only hypercars have become a bit of a thing.

Should you have a million dollars or two tucked down the back of the sofa, you could put that to good use by sourcing a Brabham BT62, a Ferrari FXX K, an Aston Martin Vulcan, or a McLaren P1 GTR.

Get even more niche and you can track down any number of limited-run unobtainium exotics that can never and will never wear number plates. Or you could just demolish the lot of them with a three-seater F1 car, like this Arrows AX3. 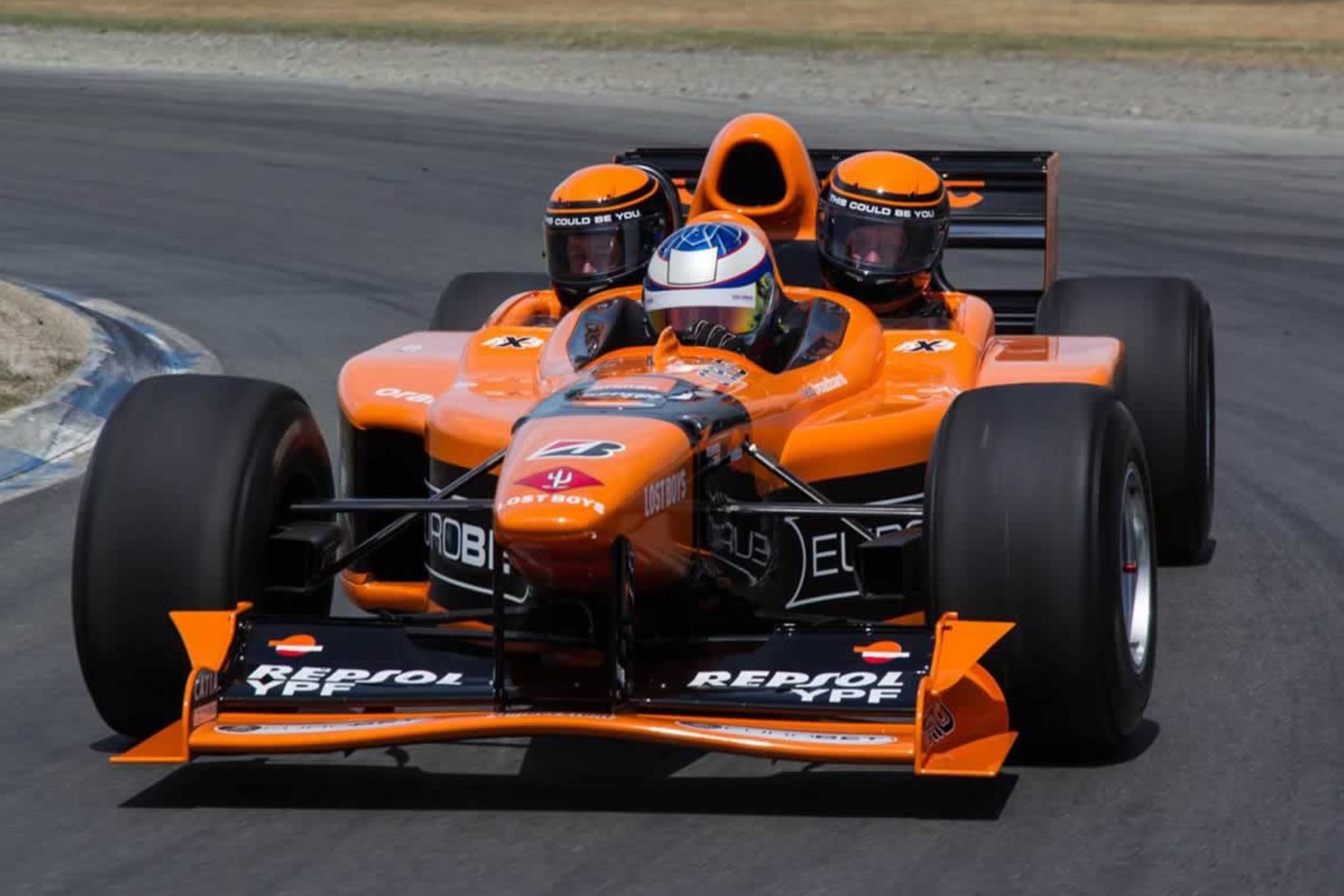 Racecars Direct is just selling a pair of these 2001 model year Arrows V10s which will run you a bargain €595,000 for the duo, or roughly what a brand-spankers Lamborghini Aventador S would cost you in Australia.

The cars were built by the Arrows F1 team back in 2001 for demonstration and promotional events, supporting their driver line up of Jos ‘The Boss’ Verstappen and Enrico ‘Not The Boss’ Bernoldi.

Don’t let the fact that the team finished the 2001 season with just one point, scored by Verstappen at the Austrian Grand Prix, lull you into thinking the car is a bit of a slug. The three-seater cars don’t get the 3.0-litre Asiatech V10 units that powered Jos to that glorious sixth place, instead being fitted with Hart V10s of 1998/1999 vintage that are nevertheless good for 537kW. 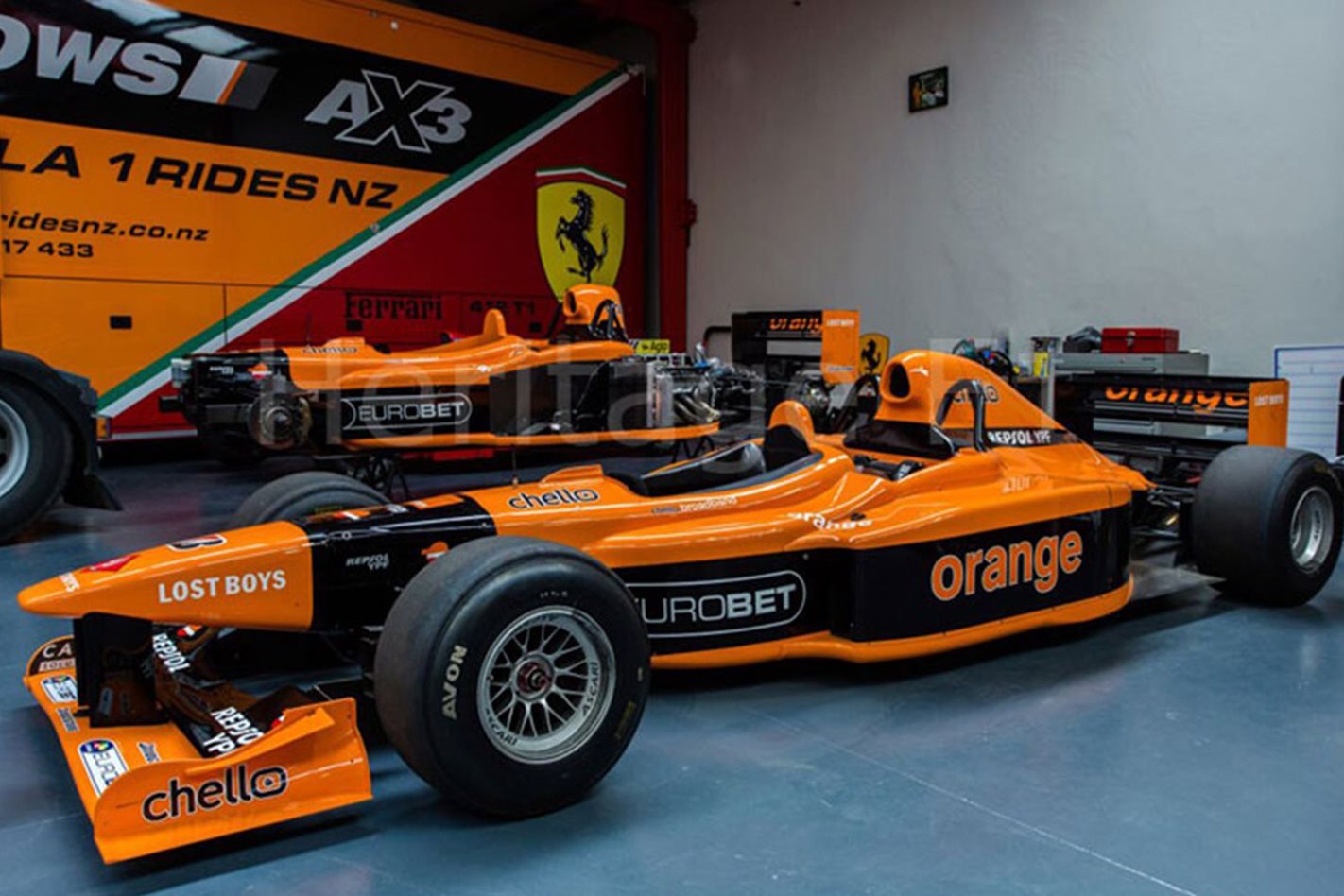 Being a normally-aspirated V10, it’ll rev to 15,000 rpm at which point your ears will be bleeding and you’ll be staggering around like a shellshocked sapper from the Somme. With the current aero and gearing package, top speed is pegged at 330km/h.

The passenger compartment doesn’t look the last word in luxury, positioning the passengers just behind and outboard of the driver with that V10 right behind your head. Should you blow your V10 engine to smithereens in your first enthusiastic downchange for a hairpin, it’s good to know that the price also includes a zero mile unit as a spare. Come to think of it, we’d probably find a way to lever that one into the front of a Toyota 86. 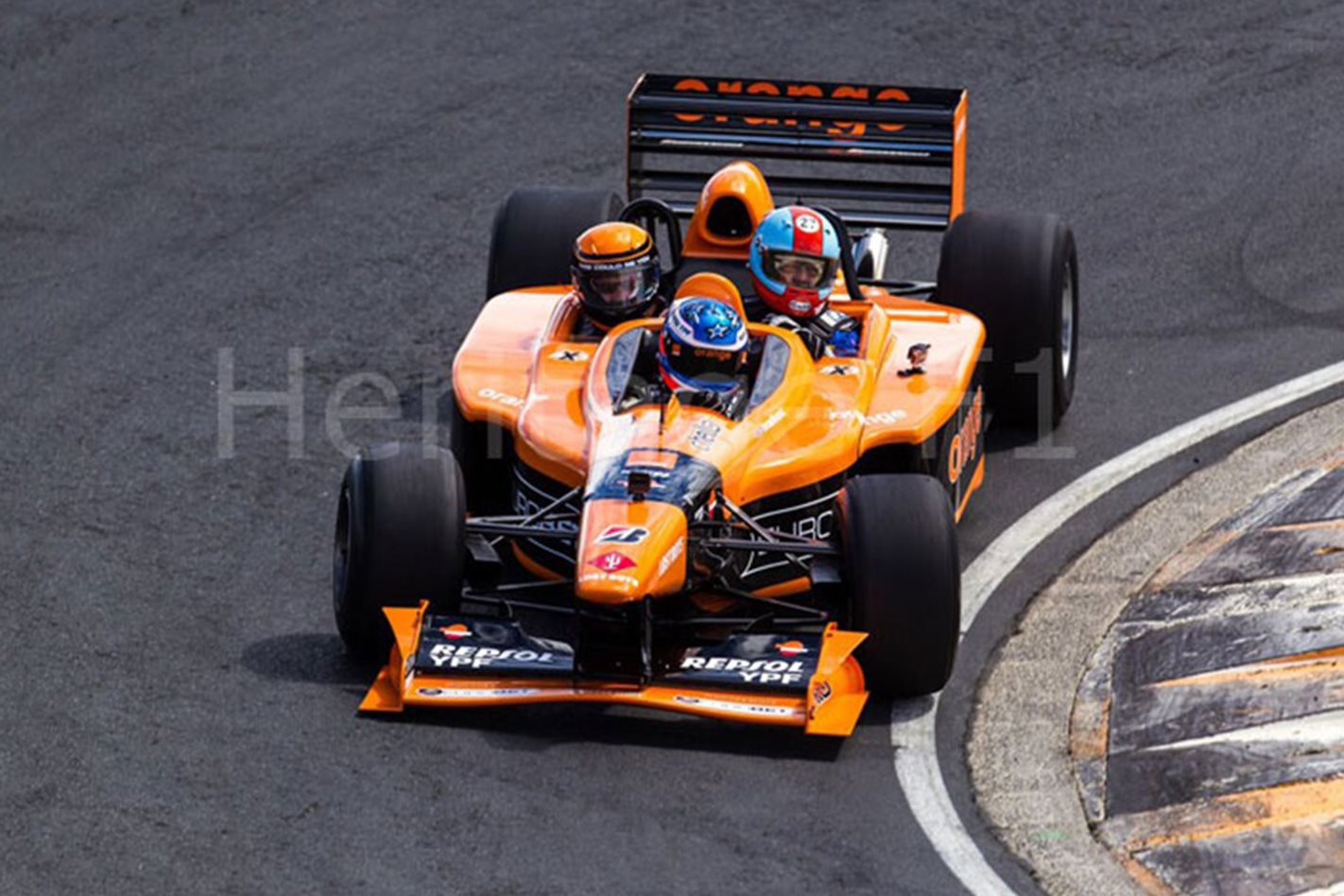 Also thrown in are a set of custom exhaust silencers (for tracks with noise limits), as well a collection of spares and specialist tools. The engines fitted to the two cars have less than 180 miles on them and have been recently rebuilt. What are you waiting for? The outright lap record at The Bend is there for the taking.