Toyota’s Altona plant has been blowing smoke recently, but not because production lines have switched back on.

Beau Yates and his wild pair of Toyota 86s infiltrated the defunct factory to film a promotional video for Toyota’s Genuine Parts and Accessories division.

He’s unleashed his two drift machines, a turbocharged AE86 and GT86, at the deserted plant to give us what we’ve been missing since the government banned Block from filming Gymkhana Nine here two years ago. 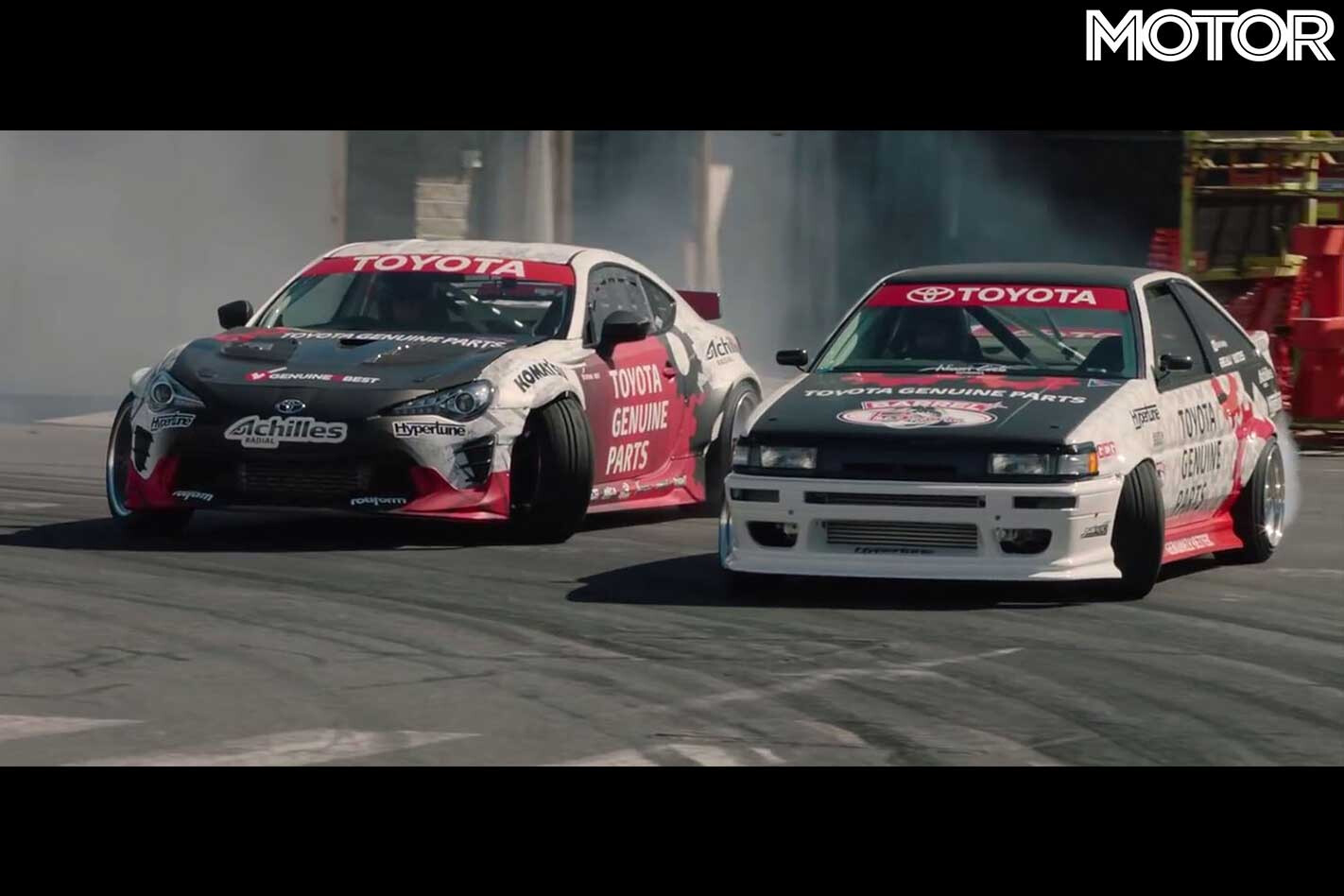 As a multiple-time drift champion Yates circles the factory grounds, both inside and out, with the sort of precision and broadside antics Ken Block would envy.

The storyline follows Yates confusingly entering a battle against himself, where he consecutively swings each car through the plant’s nook and crannies.

Footage concludes outside where an unnamed driver joins Beau in his own AE86 to evaporate tyres in synchronisation.

While Yates’ GT86 features few actual factory parts and accessories, it does have Toyota’s most legendary engine bolted into its bay. There’s a 3.0-litre ‘2JZ’ turbo six, producing 517kW and a lot of glorious noise.

Its dance partner isn’t a concourse classic, either. The AE86  features another revered Toyota powerplant, a 3SGE Beams inline-four, matched to a big turbo and lots of shiny piping.

Highlights, besides seeing a professional drifter given access to an entire car plant with competition cars, include Yates charging at robots that have been switched on for the stunts.

And you’ll close your eyes while he flicks through paint-inspection halls lined with fragile lights.

There are some odd messages littered throughout the video, with words like ‘courage’ and ‘precision’ flashing up here and there. But it’s an adrenalin filled three minutes.