THE JAPANESE Aerospace Exploration Agency (JAXA) is creating a wheeled vehicle to traverse the surface of the moon in 2029, and it has gone to automotive giant Toyota to come up with the vehicle.

Toyota is an off-road specialist brand that manufactures and sells more 4x4 vehicles globally than any other car company, so it was the logical choice for the new moon rover, or should we say ‘Moon Cruiser’. 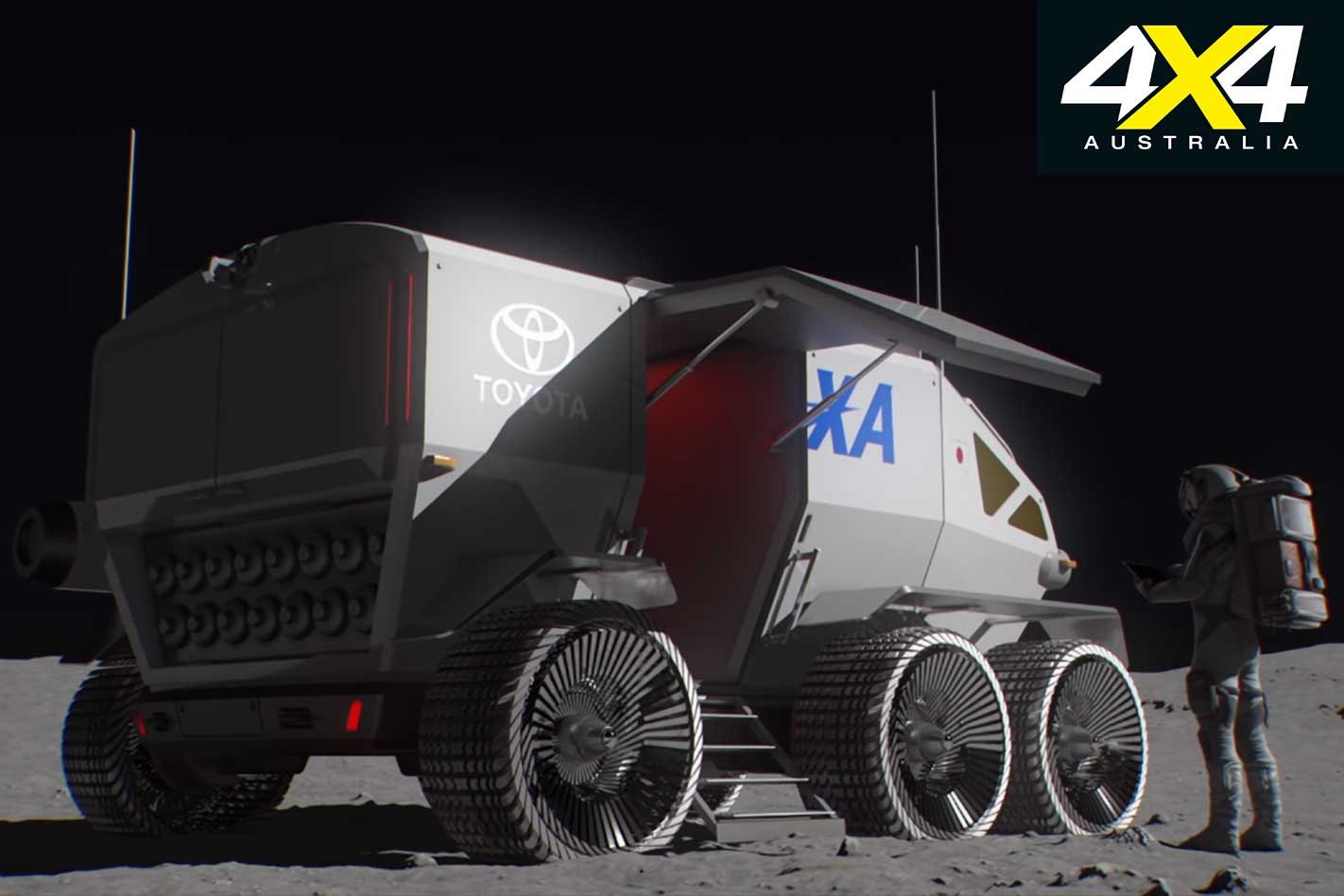 The concept in the above video shows a six-wheeled vehicle that pays tribute to Toyota’s Land Cruiser heritage, with a pair of round headlights at the front which are surrounded by an elongated version of the old Land Cruiser’s grille bezel with TOYOTA lettering.

The moon rover is said to be pressurised to allow the astronauts on-board to live and work without having to constantly wear their space suits. The 13m² cabin will house two astronauts, and the solar-fuel-cell vehicle is designed to have a range of 10,000km. No common rail diesel engine and DPFs to throw faults on this Cruiser!

Toyota is a leader in fuel cell development back on earth, with many vehicles in testing – while its hydrogen fuel cell-powered Mirai compact car has been on sale in the USA, Japan and Europe since 2014. 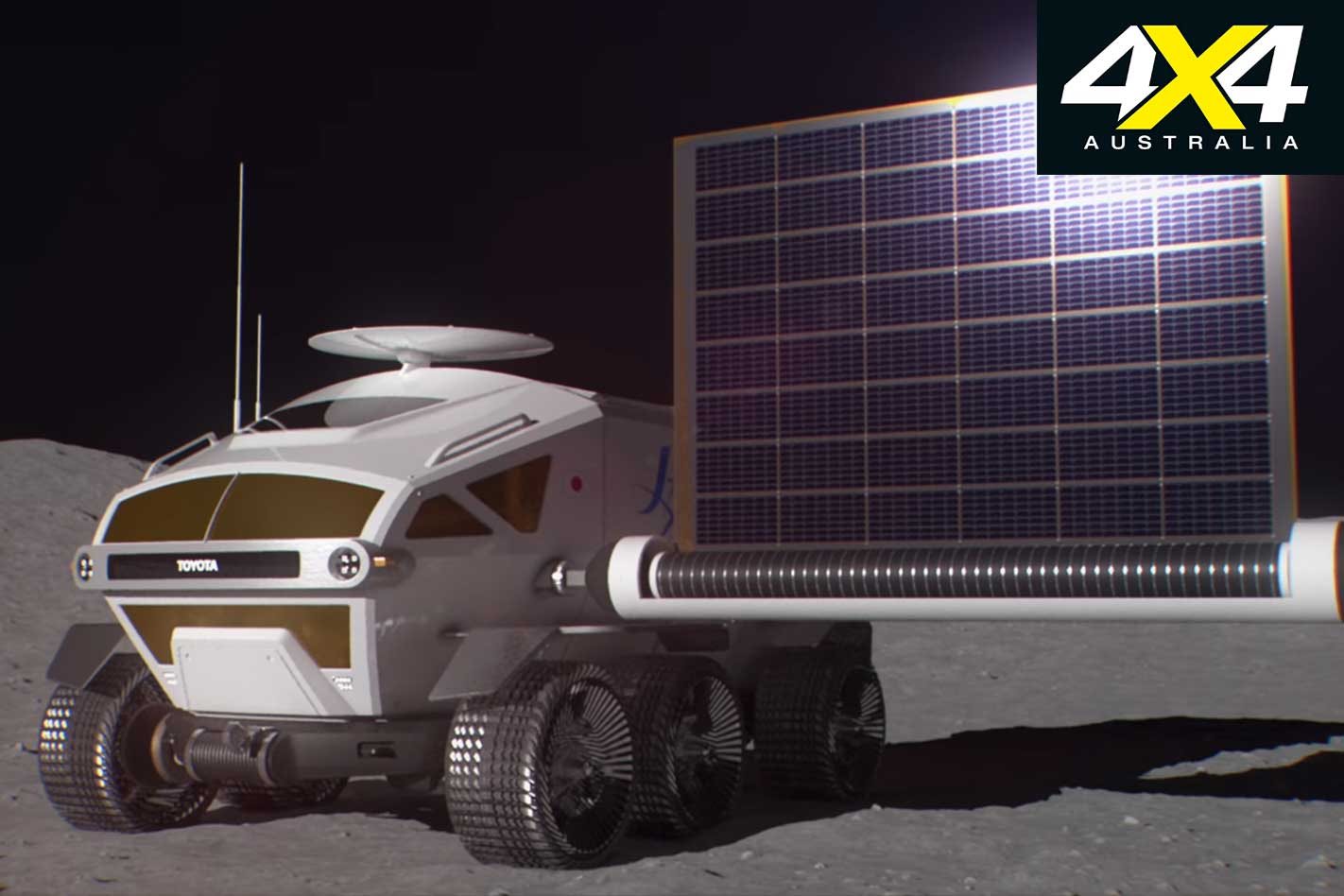 With recent space exploration from China and developments for SpaceX in the USA, the space race is again hotting up with nations striving to explore further and spend extended times in space and on the surface of the moon.

Land Cruisers have explored every continent on Earth; will we see one on the Moon in 2019 thanks to JAXA and Toyota?

The original manned moon rover was the Boeing LRV (Lunar Roving Vehicle), which was used during the Apollo space missions in the early 1970s. Three LRVs went to the moon on separate Apollo missions (15, 16 and 17) and each of them was driven on the moon surface three times, one per day during the time the astronauts were there. The LRV’s range was limited to within walking distance of the lunar landing module, in case the vehicles failed and the astronauts could walk back to the module. 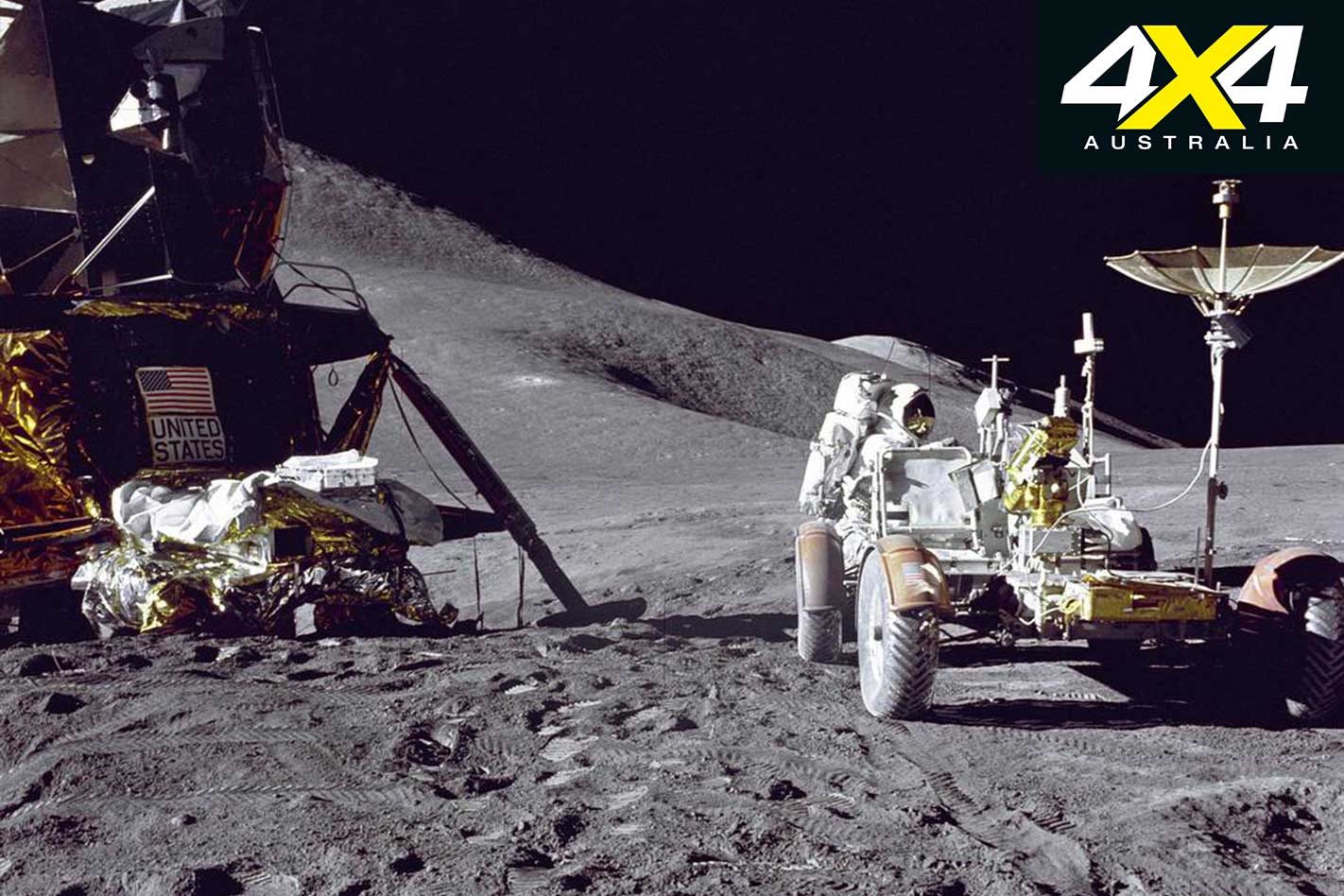 The first instance of bush (space) mechanics occurred on the Apollo 17 mission when a fender on the LRV broke and astronauts Harrison Schmitt and Eugene Cernan taped it back together, but the tape didn’t stick in the dusty conditions and the pair was covered in moon dust. For the next outing they bush-fixed a replacement fender out of maps, more tape and light clamps from inside the module. The LRVs remain on the surface of the moon, along with unmanned rovers from Russia and China.