You know what we didn’t think we’d be publishing today? Yep, a story about a Toyota Mk3 Supra drift ute.

No, this isn’t something we found during our isolation-fuelled attempts to clock the entire internet. We accidentally found this. 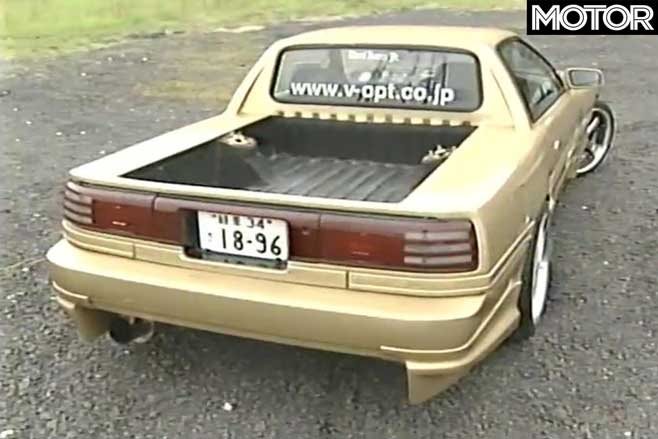 Unfortunately, it seems to be primarily lost to history. But YouTube exists, and we can still tell you what we’ve managed to find.

It seems the Mk3 Drift Supra Ute Thing was filmed for an episode of Drift Tengoku’s video series (the first, if the internet is correct) from November 2000.

It was the last feature on the hour-long episode which also includes some segments that… have not aged particularly well in the last two decades.

But the short clip segment with the ‘El Camino-inspired’ (as the owner appears to point out) Mk3 Supra doesn’t fail to deliver.

After speaking about his car and walking around it for a short while, most of which is unfortunately lost on MOTOR’s primarily English-speaking staff, the owner lets rip around the small track serving as the filming location.

If you haven’t yet watched it, scroll up and check out the video.