Toyota Australia’s decision to increase the price of its fourth generation Yaris by such a big margin – up to 44 percent depending on model – is unprecedented in the local automotive market.

The new Yaris starts at $22,130 plus on-road costs for the entry level Ascent Sport with manual transmission, a huge rise from the $15,390 figure of its predecessor. Premium ZR models with alloy wheels, head-up display and roof spoiler, among other additions, now start at $30,100 plus on-roads, almost 33 percent more than the previous car’s $22,670 price tag. With dealer delivery, stamp duty and other costs factored in, Toyota customers will need to pay about $25,000 to get into an entry-level Yaris, while the range-topping hybrid model will be around $35,000 on the road.

So the obvious question is: what’s the reason for the huge hike? 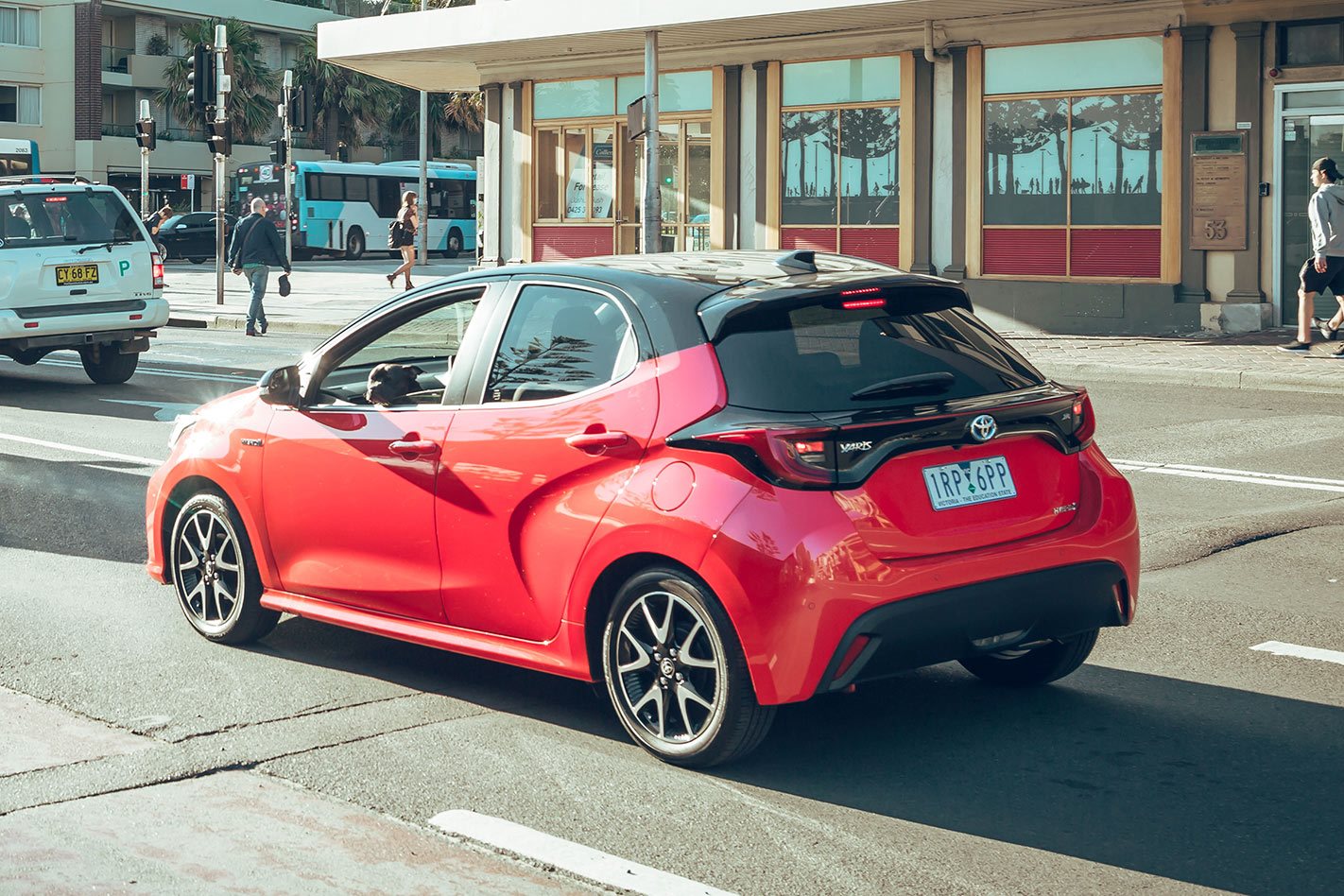 If you’re looking for an easy explanation, you won’t find it from Toyota.

Sean Hanley, Toyota Australia’s vice president for sales and marketing, simply told media, “This is the cost of bringing a car of this nature to market now”, referring to the high standard level of safety, assistance and convenience equipment fitted to the B-segment light car. 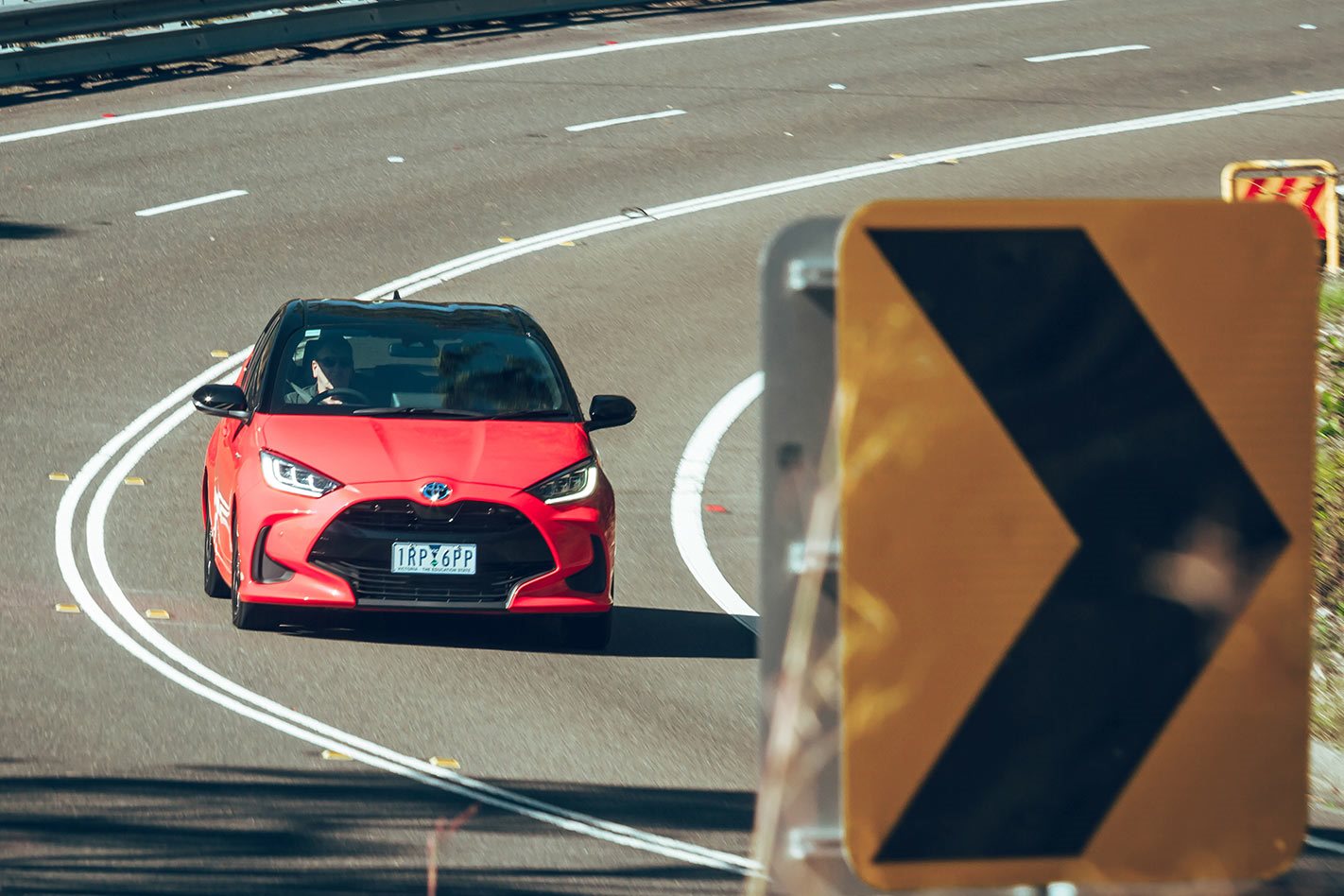 Hanley insisted that features such as a front centre airbag positioned between the driver and passenger, plus auto emergency braking with pedestrian detection, active cruise control, and lane-keeping assistance made the new Yaris the safest car in its class, and this contributed to the price position.

“Yaris is the first car for Toyota achieve five stars for 2020 ANCAP testing,” a spokesperson explained, and made mention of the technology fitted to the light car which is absent from Corolla in the segment above, including ‘intersection assist’ which enables the AEB to intervene when the car risks turning into a pedestrian or on-coming car, and AEB while reversing. 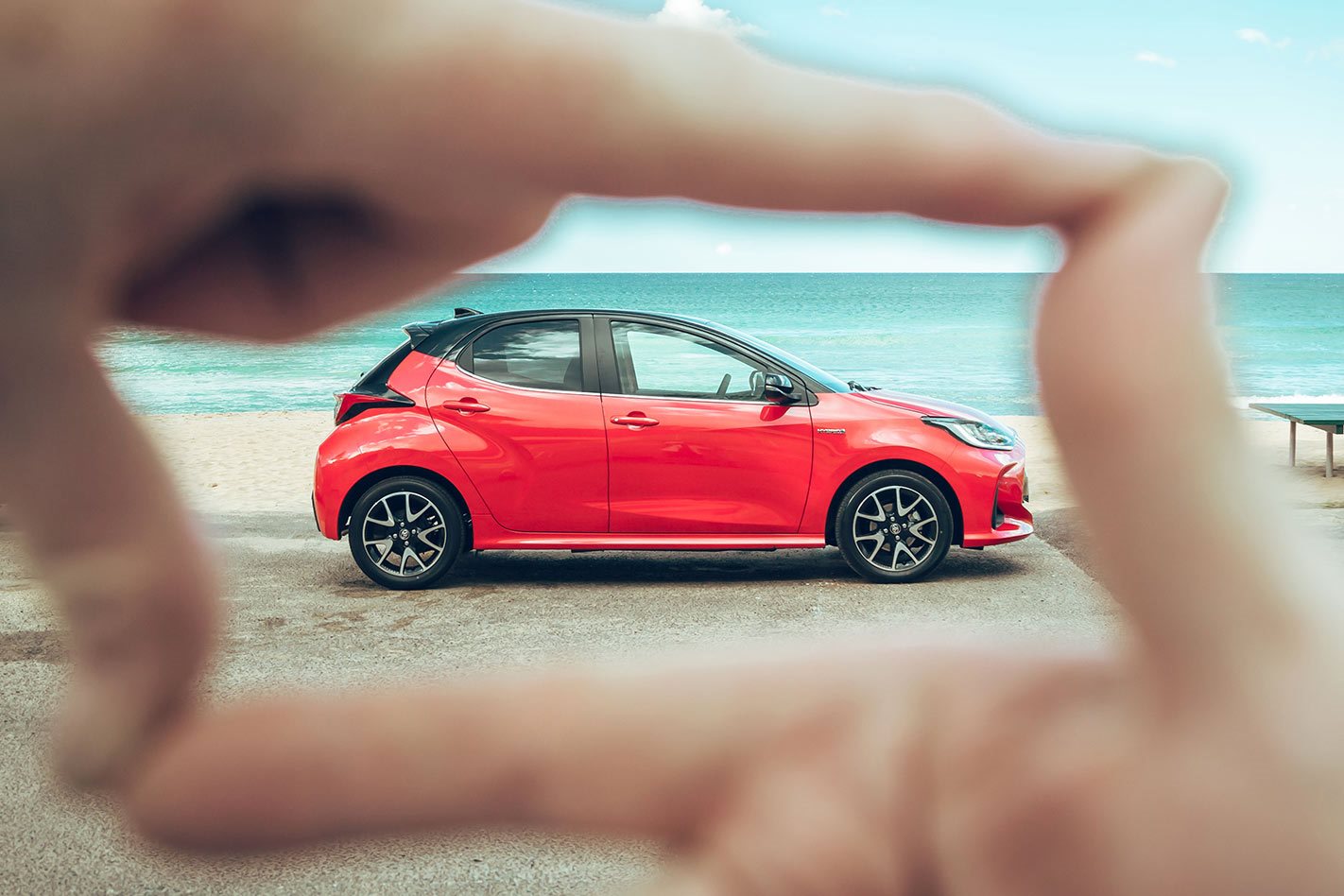 Toyota further defended its decision to push the Yaris more upmarket by saying it is built on a new platform, with fresh technology and more efficient three-cylinder engines. But hang on – don’t those factors apply to pretty much every new generation car on a new platform?

Anyway, Hanley was quick to make mention of the company’s strategy to offer lower cost alternatives.

“If in the event that someone can’t afford [Yaris], the credible alternative that we’re seeing is a Toyota certified pre-owned vehicle,” he said. “It’s a choice.” 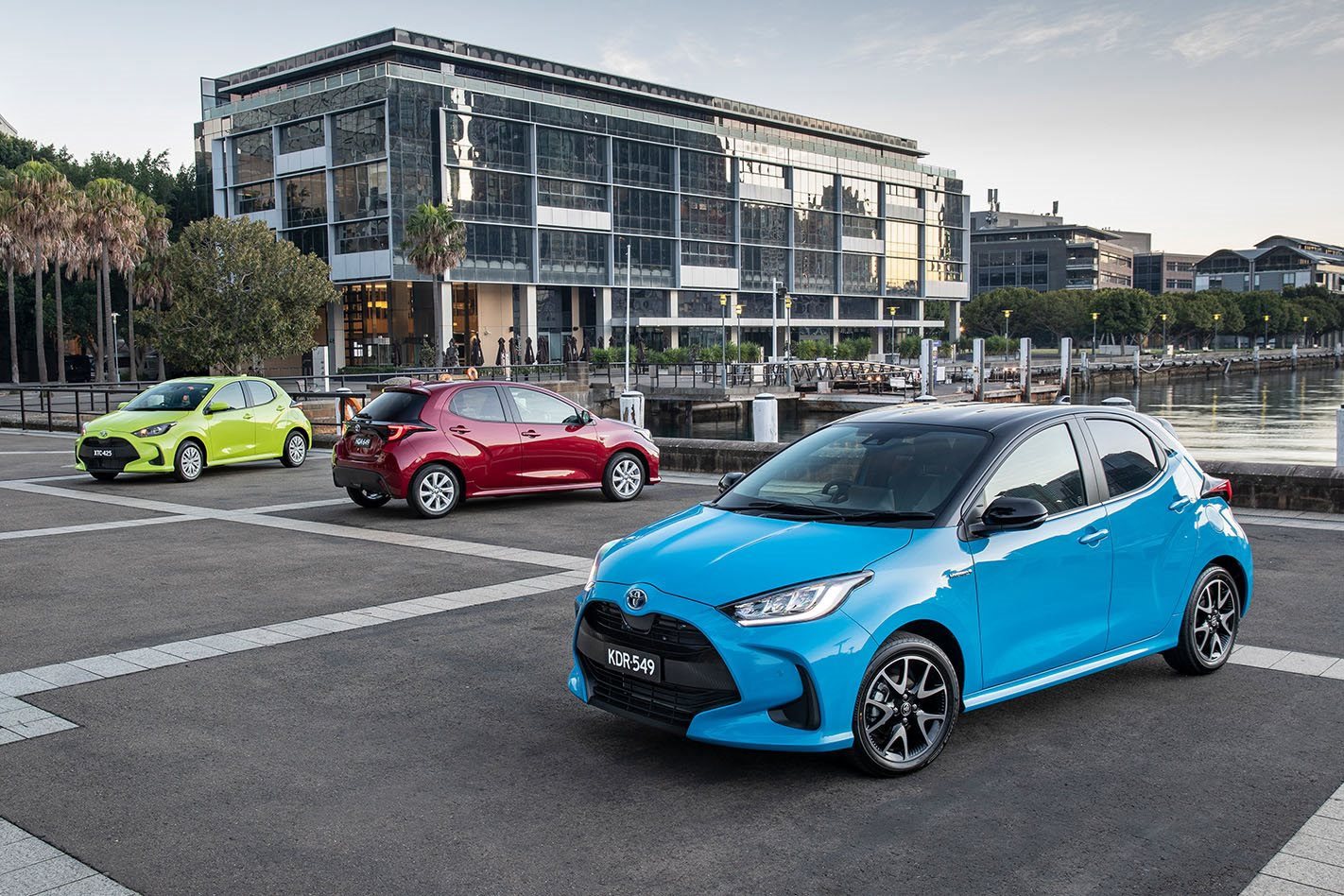 So it would seem the company is hopeful that any prospective customer deterred by the high price of the Yaris will consider an older, less well-equipped Toyota from the company’ second-hand fleet, rather than choosing an alternative, less expensive new car from a different manufacturer.

The other factor that can’t be ignored in all this is the weaker Australian dollar against the Yen. Toyota’s spokesperson admitted that exchange rates did play a part in the pricing of the new Yaris, but declined to be more specific.

Okay, but what about the premium attached to the Yaris Hybrid, which is 33 percent more than the cost of the petrol-electric drivetrain when speccing it for a Corolla? 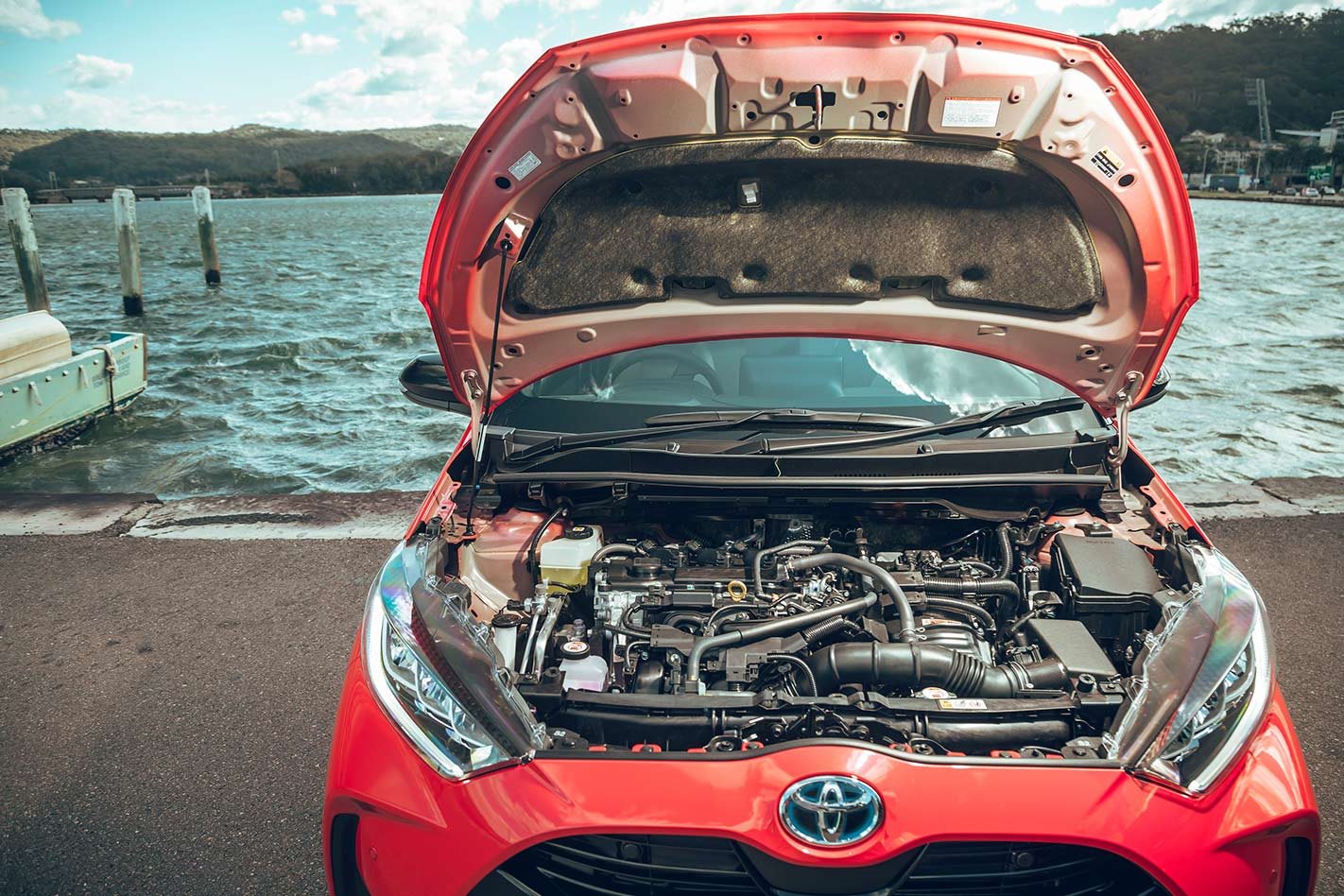 Hybrid models represented more than 40 percent of Toyota sales in July this year, with more than half of Corolla, RAV4 and Camry customers choosing the pricier but more frugal powertrain.

Opting for hybrid power (available on mid-spec SX and top-spec ZR) over the conventional 1.5-litre three-petrol petrol engine adds $2000 on the Yaris, as opposed to just $1500 on the Corolla.

At SX spec level, that leaves the Corolla Hybrid a mere $715 more expensive than the equivalent Yaris. The key difference we can find is that the Yaris Hybrid uses a lithium-ion battery, the same battery technology used across the entire automotive industry for hybrid and BEV vehicles. Toyota has been the only major EM that has insisted on sticking to nickel metal hydride cells since the first Prius was launched way back in 1997. 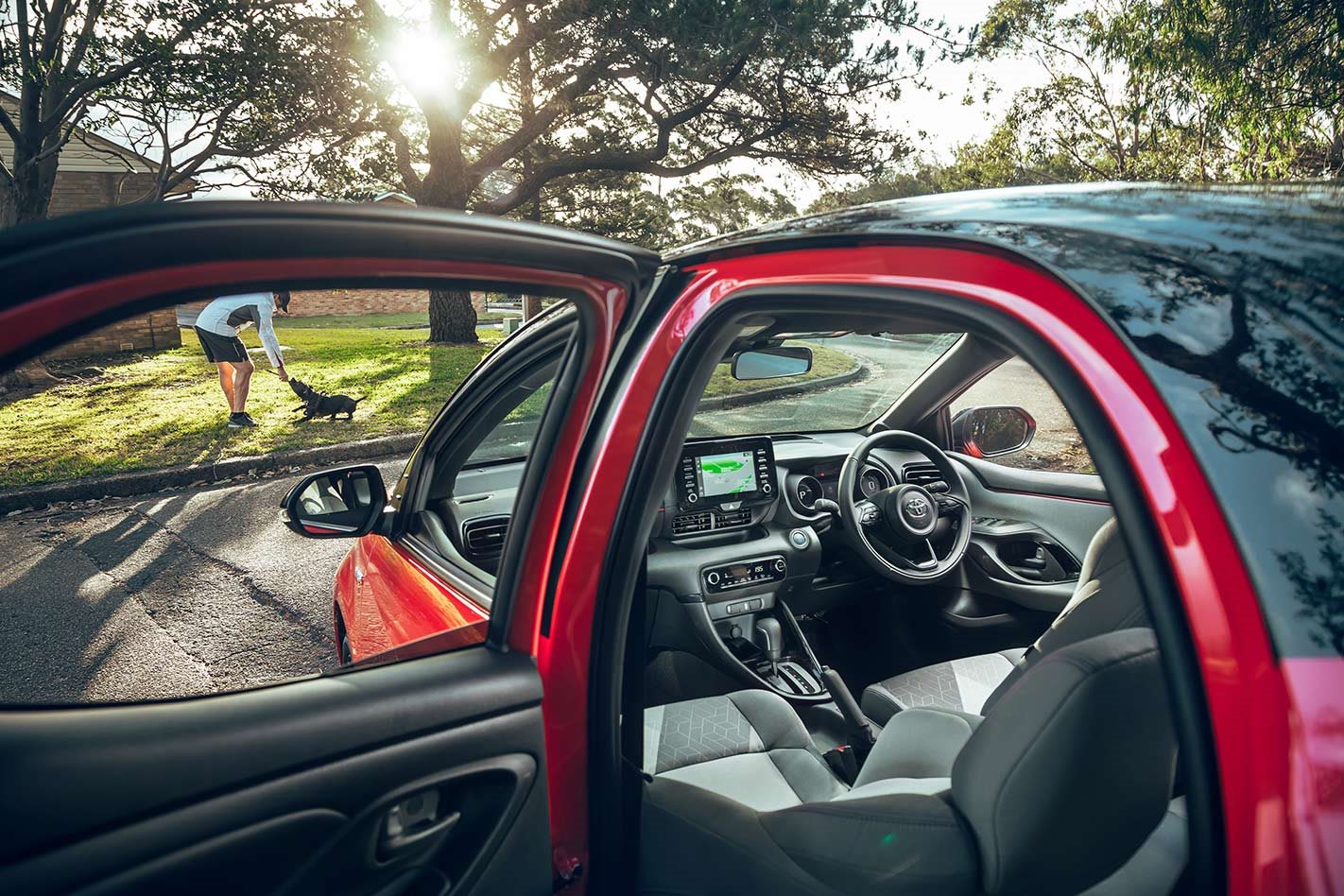 The Toyota spokesperson we contacted claimed the Yaris’s hybrid superiority went further than just the battery type, saying “there are hundreds of changes that make the hybrid system on the Yaris more compact and efficient than that on Corolla.”

So will buyers in the light-car class see value in the Yaris, and choose it ahead of the larger Corolla, or the multitude of similarly priced cars? That really is the $35,000 question…