Meet one of the fastest* Nissan GT-Rs in the world – a heavily tuned example that clocked a crushing 7.168 second quarter mile. 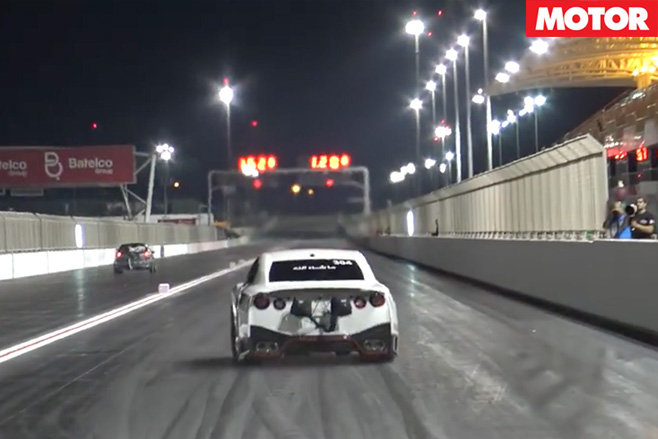 Modifications to the R35 are unknown, but the Hoosier slicks-equipped dragracer showed off its squirming turn of speed and ‘chute deployment on YouTube. Despite the blistering turn of speed, the company says, “We are just now scratching the surface of what this new setup is capable of.”

EKanooRacing is no stranger to mightily wound-up drag racers. An absurd Toyota 86 Pro Import clocked a 5.85sec quarter at 394km/h – definitely not with the standard 2.0-litre atmo four, then. 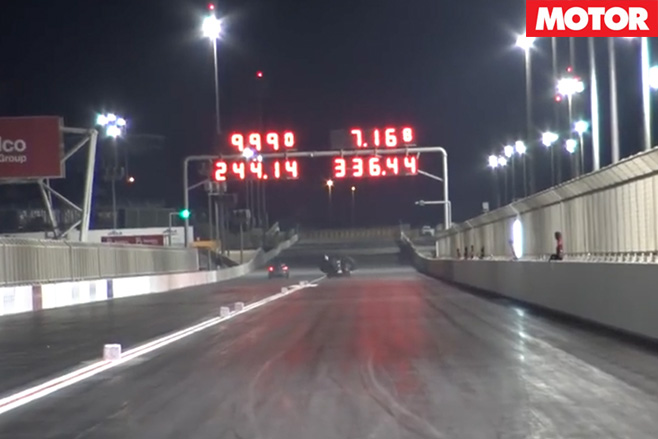 *When run the pass made Ekanoo Racing builders of the fastest GT-R in the world. However, a rivalry for that title has quickly emerged from America's AMS Performance and its Alpha-G GT-R - which has since pinched the title with a 7.14sec pass. Story to come.