Australian aftermarket supplier Walkinshaw Performance has released its first ever package for an American muscle car with the Performance Power Pack for Camaro 2SS.

The package is suitable for any locally-converted Camaro (pre- or post-facelift, manual or automatic) and will cost around $10,000, Walkinshaw claiming it is “taking an already impressive power plant and improving on its torque-rich characteristics. 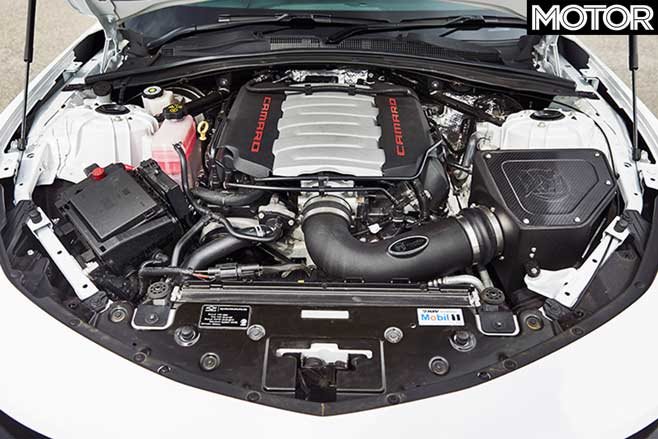 No precise figures have been released, Walkinshaw claiming that power and torque are increased by “approximately 15 per cent”. Applying this calculation to the standard Camaro’s 339kW/617Nm results in 390kW/710Nm, which tallies nicely with info from a WP source who told MOTOR 400kW and 700Nm were rough targets for the upgrade kit.

To achieve these numbers Walkinshaw installs a new stainless system exhaust system, as well as a cold air intake and engine re-calibration. The only external modification is a Walkinshaw Performance badge in dark chrome, but a certificate of authenticity is included and the package is covered by Walkinshaw’s driveline warranty.

The exhaust system is available separately, made from stainless steel and incorporating 4-into-1 ceramic-coated headers with 1.875-inch primary pipes, high-flow catalytic converters, a 3.0-inch catback exhaust with 4.0-inch tips finished in either black or billet silver. The exhaust retains its electronic bi-modal activation.

We’ve put our hands up for a road test and will bring you a full review of the Walkinshaw Performance Camaro Power Pack as soon as we can.