Back in 2013, German magazine Auto Bild posted this video of former rally champion and Porsche test driver Walter Röhrl pushing an Audi S3 to its limits with a terrified passenger.

That passenger, German actress, singer, and TV presenter Barbara Schöneberger, is undeniably out of her comfort zone, clinging for life in the passenger seat.

For the entirety of the three-minute clip, Röhrl pilots the 206kw/ 380Nm Audi S3 on a test drive at what appears to the Porsche Weissach test track in complete calmness while a terrified Schöneberger provides some hyperbolic facial expressions.

The video, which has now garnered over 2.7 million views on YouTube, has been well received by car enthusiasts, with the general consensus being that ‘Röhrl looks as if he is going shopping for the weekend’ whilst Schöneberger is ‘dying a thousand deaths.’

Röhrl has built an incredible motorsport career having driven for Audi during the controversial yet groundbreaking Group B rally era, piloting the legendary Audi S1 Quattro which made as much as 440kW in its final rally guise. 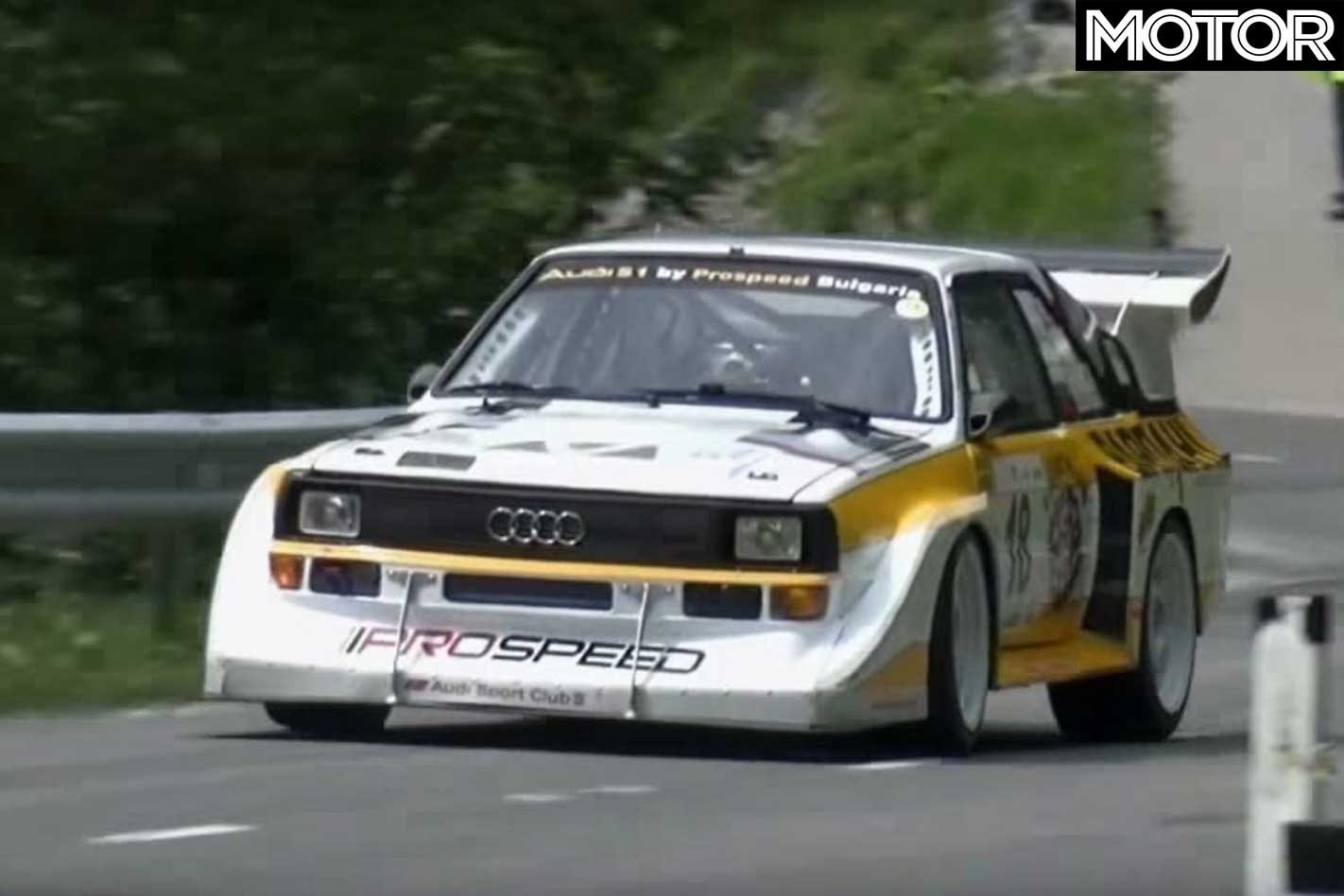 Röhrl also drove the S1 in the World Record Pikes Peak Hillclimb event in 1987 with a 10:47 time. Röhrl now spends his time as an ambassador for Porsche. He has also been named the ‘Genius on Wheels’ by legendary Formula 1 driver Niki Lauda.