His much-anticipated Climbkhana: Pikes Peak hill climb has been released and it’s eight minutes of Block’s riskiest driving ever.

With 1044kW at his disposal in the form of his upgraded methanol drinking, twin-turbo, AWD Hoonicorn Mustang, Block returns to a course which he has a lot of respect for, and a little history with. 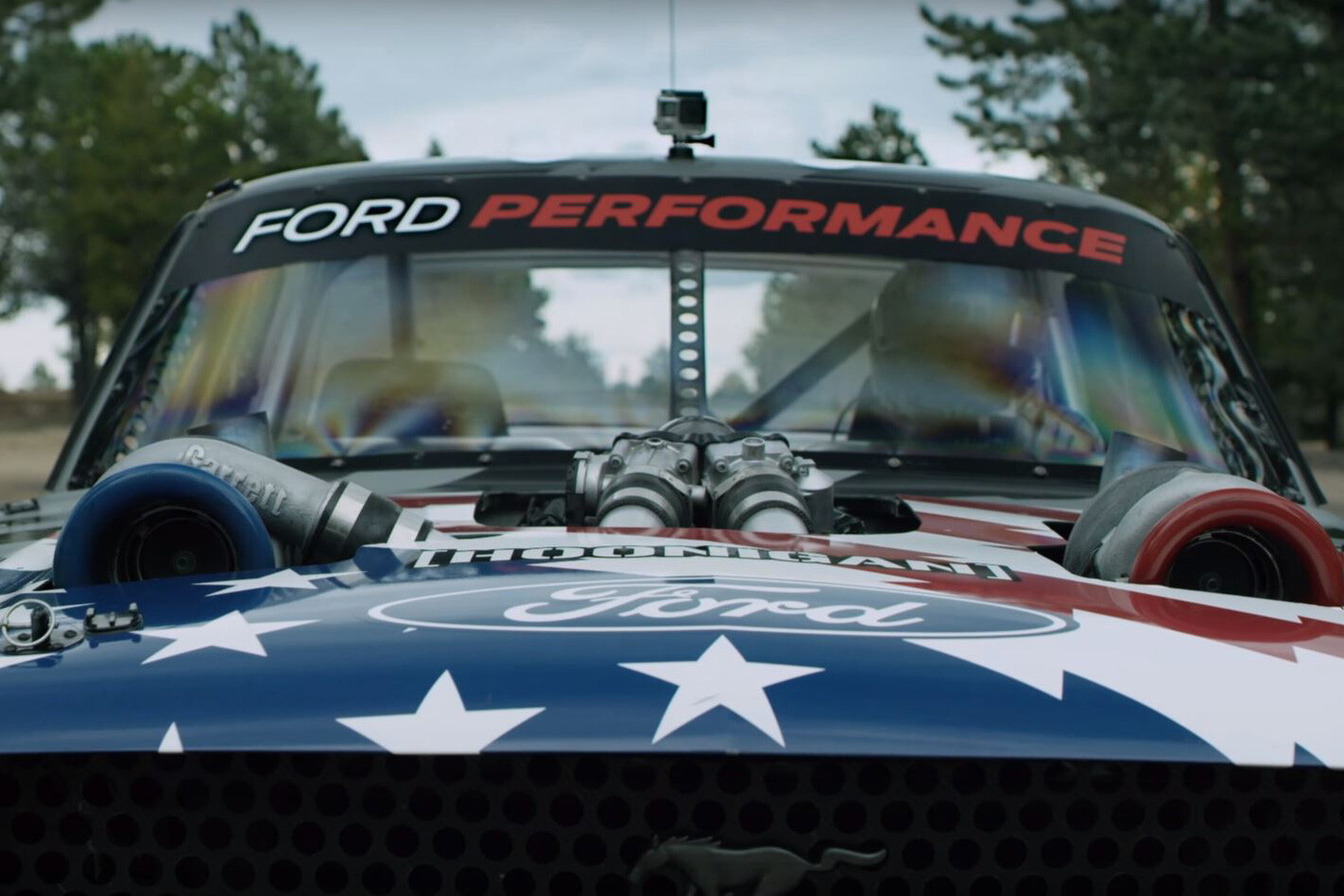 “When I was young, I caught the The Pikes Peak International Hill Climb on TV once or twice,” says Block.

“Even as a kid I remember dreaming about racing there some day because it looked so epic.

“Eventually I did, back in 2005, but it was in a Group N rally car which didn’t have much power up in that high and thin air! “It was an underwhelming experience because of the horsepower issue, but I loved the road and mountain - and I had always wanted to go back and do it right.

“So, to drive it like I get to drive in my Gymkhana videos - and do it in the Hoonicorn with 1400 horsepower, well that truly is a dream come true!"

But, as should be clear to Blocks fans, the hill climb wasn’t an effort to get a fast time out of the course. The point was to wreck tyres. 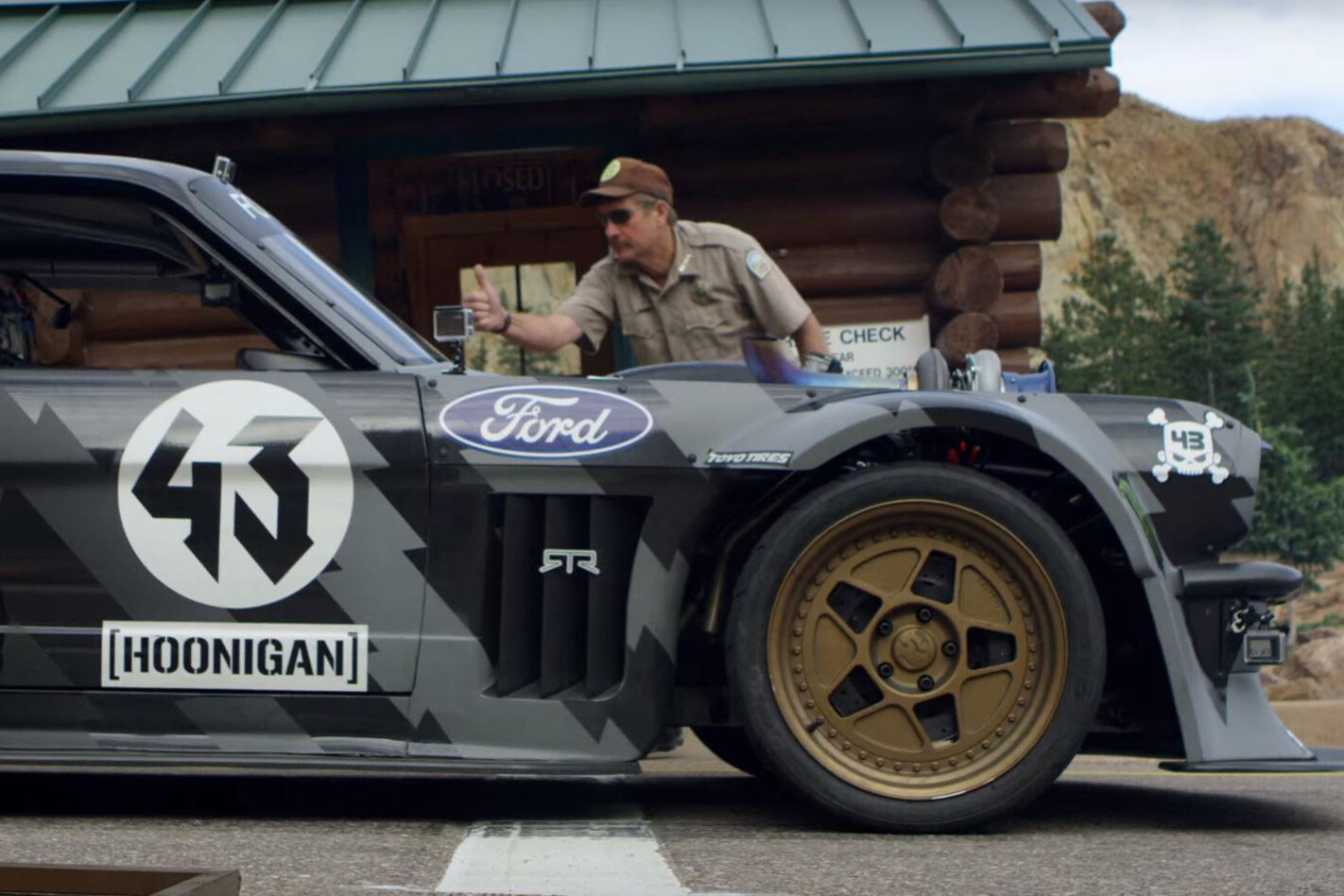 “To have this thing be such a beast and then take it to this very dangerous mountain, well, I thought I’d maybe finally taken on a project that might be too much for me to handle.”

“This is the most powerful AWD-type car in the world to be driven this way, so I’m genuinely glad I didn’t die making this video!"

And so are we! Because it means we’ll get to see more of Block’s antics in the future. If you haven’t already, scroll up and give Climbkhana a watch!