How does HSV's original road racer stack up?

Dunno about you, but the VR/VS HSV line-up is really looking old to these cynical eyes. It’s not that the LS1 changed the way we think about HSVs, rather that what was cool back in 1996, ain’t necessarily so chillin’ these days.

This feature was originally published in MOTOR's February 2005 issue 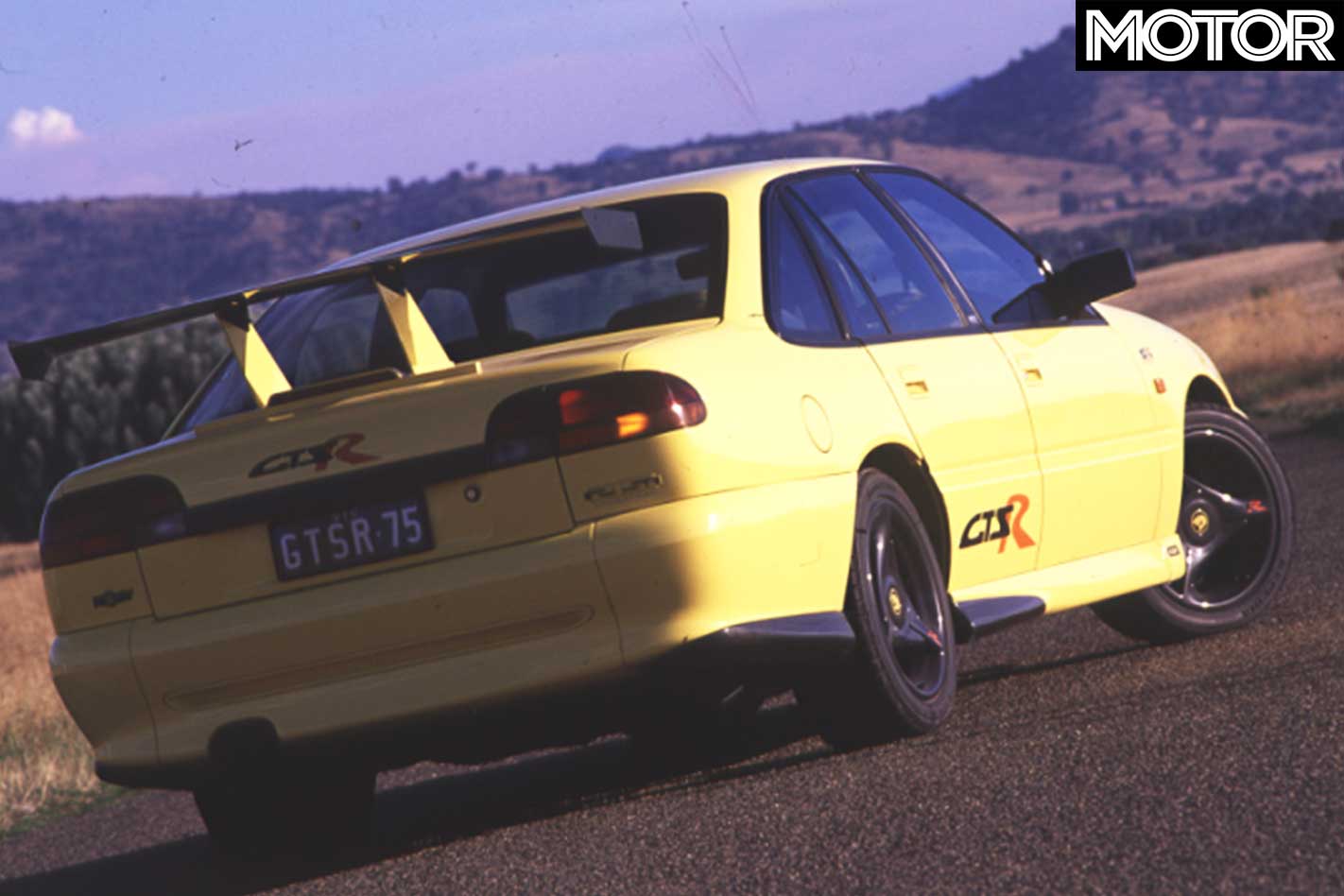 But to dismiss the GTS-R as simply a collection of dodgy styling cues is completely missing the point. See, with a tough driveline and probably the best local V8 ever, the big yella bloke was a real force to be reckoned with.

Obviously, one of the highlights of the GTS-R was that legendary stroker engine which, with a bore of 101.6mm and stroke of 88.4, measured 5737cc and suddenly made the five-litre the little brudder of the pack.

In fact, it wasn’t until the 255kW version of the Gen III in the VX HSV cars of 2000 that the GTS-R’s torque was matched. And you better believe the stroked Holden-block made its grunt a whole lot earlier in the rev range than the peaky Gen III. 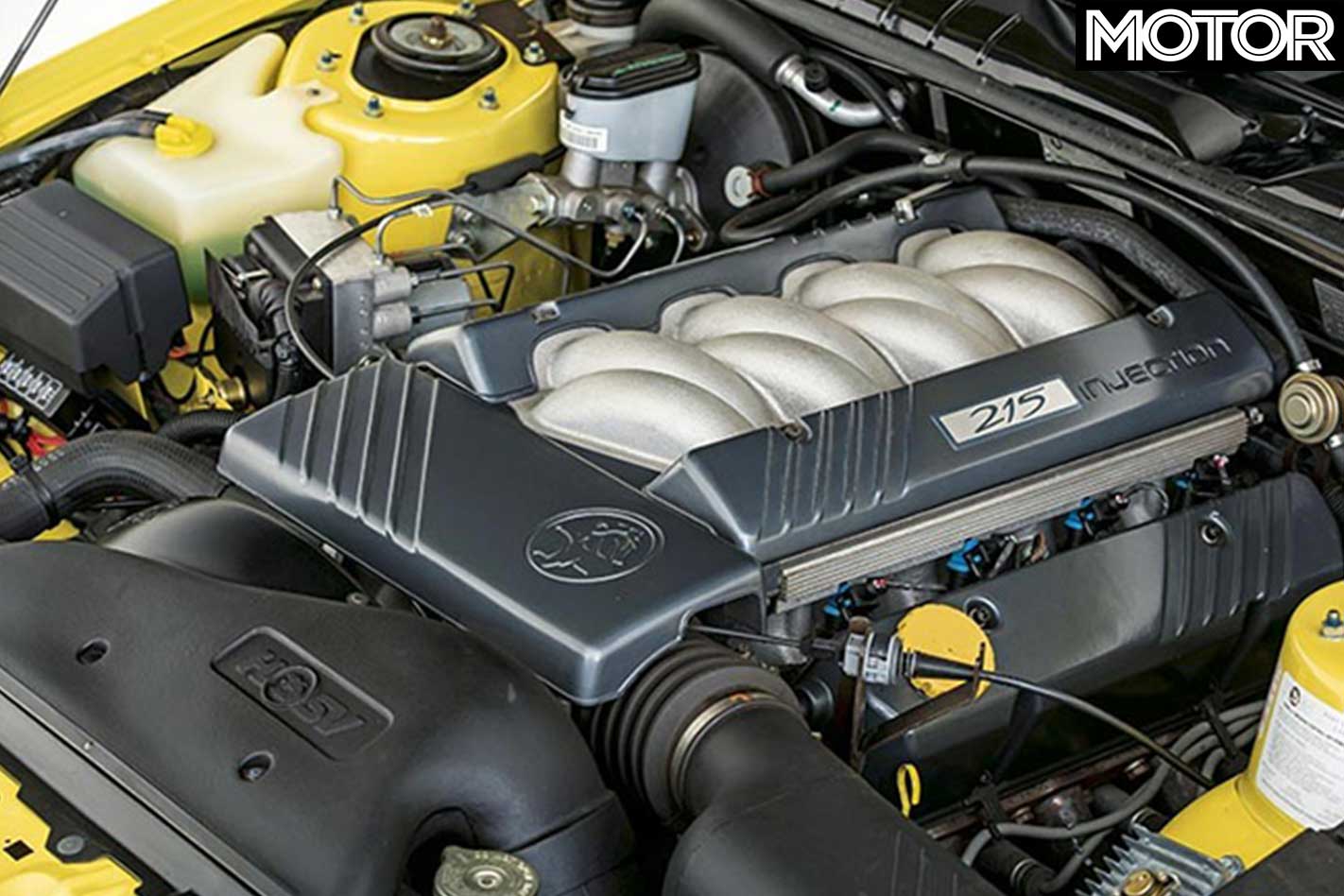 The GTS-R wasn’t the first HSV car to use the stroker mill, but the development of the engine is a hell of a good yarn. It started back in about 1990 when Melbourne-based engineer Ron Harrop (yep, him of the big brake packages) screwed together a stroked five-litre Holden lump for his own personal use.

HSV had already identified the need for a bigger stick than the 200kW version of Ol’ Faithful, and Harrop’s hot-rod got HSV’s white coats thinking.

Harrop was eventually coerced into building a stroked short motor which was shipped to HSV where it was fitted with a couple of different camshafts (not at the same time obviously) and, apparently, “went like hell”. (Well enough for one staffer to stick the mule backwards into a pole, anyway.) Harrop’s original strokers used 350-cube Chev cranks with the snout machined off and a new one welded on.

But eventually, the supply of good used Chev cranks started to dry up, so Harrop bit the bullet and began casting his own, nodular iron cranks which were ultimately cheaper and better quality.

After a bit of re-calibration (okay, a lot of re-calibration) to get the engine refined and docile enough for consumption by HSV’s well-heeled customers (the GTS-R was a $76,000 proposition back in 1996, remember) somebody managed to put the proposal to the top brass in a convincing (or maybe creative) enough manner, and the project got the green light.

For production engines, the stroke was set at 3.48 inches which is the same as a 350 Chev and allows the use of stock-length conrods. It’s possible to go longer in the stroke, but at that point, you’d need to use a longer rod and, given that HSV figured there was a market for about 150 stroker motors only, that just didn’t make sense. 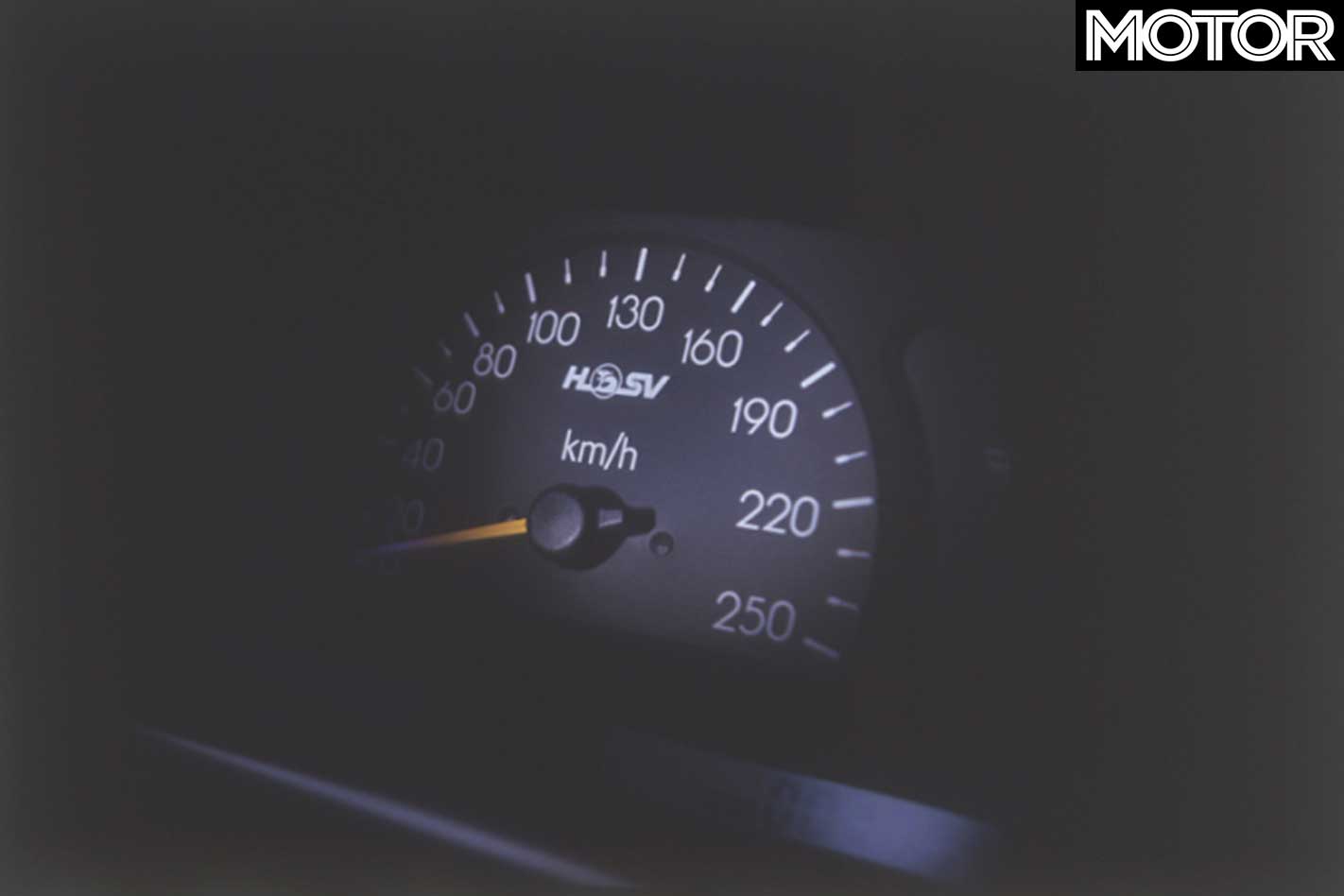 Initially, Harrop was machining conrod clearance into the cylinder block, although HEC (Holden’s Engine Company) later began casting the same clearances into the base blocks, meaning that the stroker crankshaft should fit any late five-litre crankcase.

Pistons were the other consideration and, instead of machining down stock five-litre slugs, ACL agreed to cast a stroker-specific piston with a stronger, recessed crown, short skirt and used low-friction rings. Neat touches include injectors that flow 25 percent more to cope with the deep breathing 5.7, thinner-neck exhaust valves and a smoothed-out inlet tract. Interestingly, the big crank was located by the standard two-bolt main bearings rather than the four-bolt items and used standard bearings.

Durability? According to both Harrop and HSV, there was nothing in it in a road car. 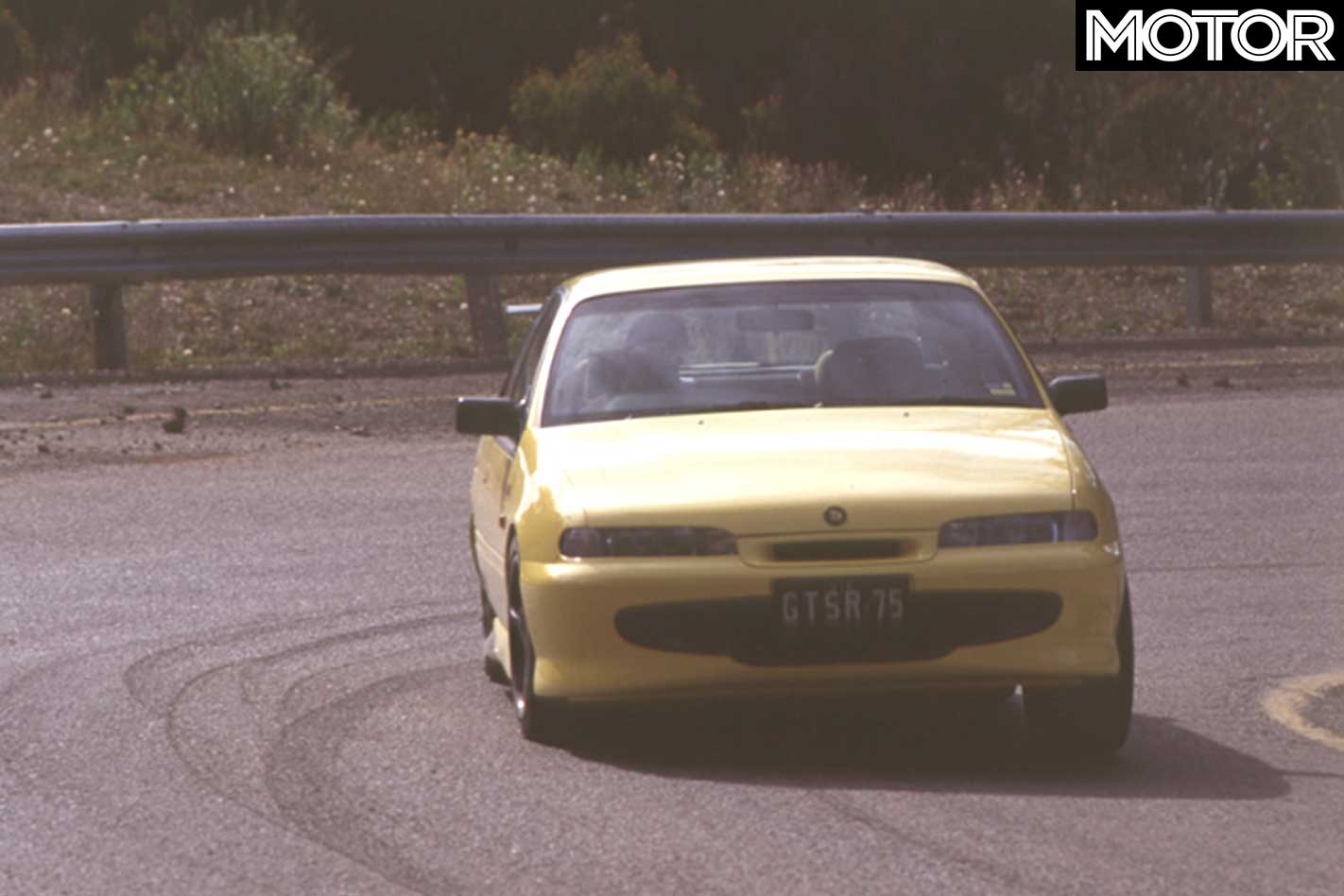 But that’s not all. HSV cheerfully predicted that most buyers would go for the optional optimised engine. Essentially, this was a blueprinting job with a full balance (which you might have expected from such an engine in the first place), CC-ing of the heads to make sure each combustion chamber measured the same capacity and the compression ratio in each pot equalised at 8.5:1

Apart from the extra poke liberated by the blueprinting job, the big selling point was that the engine was stripped and re-assembled by HRT race engineers. The down side was that HSV relieved you of a further $10,500 (on top of the $76,000 of the basic package) for the honour of having an HRT bloke spanner it up for you. It also got you 226kW and 507Nm.

The rest of the mechanical deal started with the six-speed manual gearbox and there was, in keeping with the race-car-for-the-street thing, no slushbox option. The firmer of HSV’s suspension package was slotted in and the Premium brake package with ABS was par for the course. 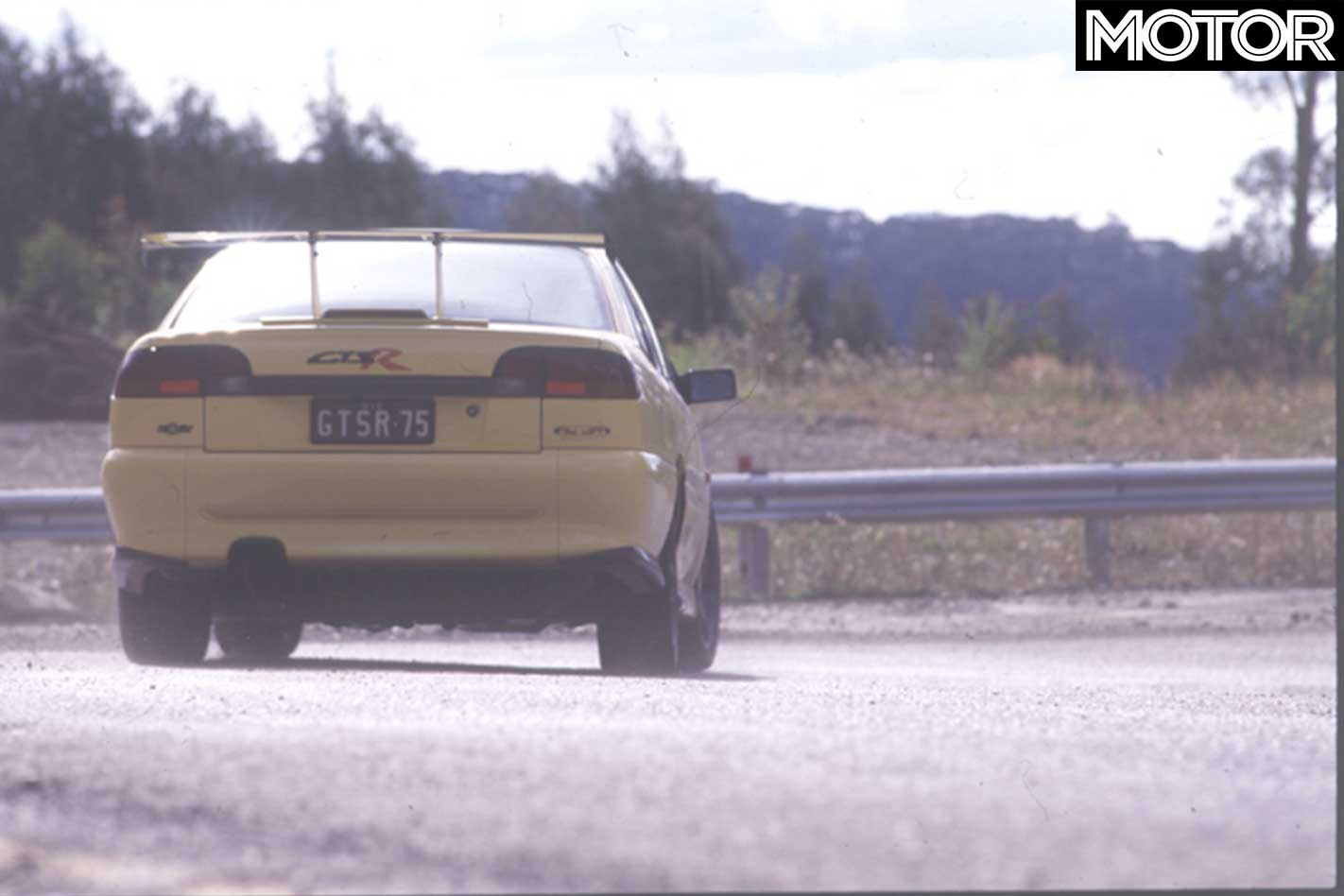 Bridgestone Expedia hoops got the nod and the rear end was fitted with the clever, locally-developed Hydra-Trak limited-slip diff. This was actually a really nice piece of work and got rid of the slapping and clapping of conventional, clutch-pack operated LSDs.

The rest of the deal was derivative of what else HSV was doing at the time, although the visual package was really something else. At a time when carbon fibre was still too cool for school, the GTS-R had lashings of the stuff.

In fact, HSV actually set up a joint venture with the CSIRO to develop aramid fibre technology, including the CF that adorned the GTS-R. The stuff was used for the car’s lower air-intake, side skirts, rear trim panel, rear bumper highlight and centre caps in the wheels. The rear wing was a straight rip off of HRT’s race cars, complete with its CF blade and end-plates.

The charcoal of the carbon fibre was matched up with the 17-inch alloys and then everything else was doused in a colour HSV called XU3 Yellah. Only one problem: It was the same shade of yellow that Victorian premier Jeff ‘Boofhead’ Kennett decreed for the State’s taxi fleet about the same time. Bugger. 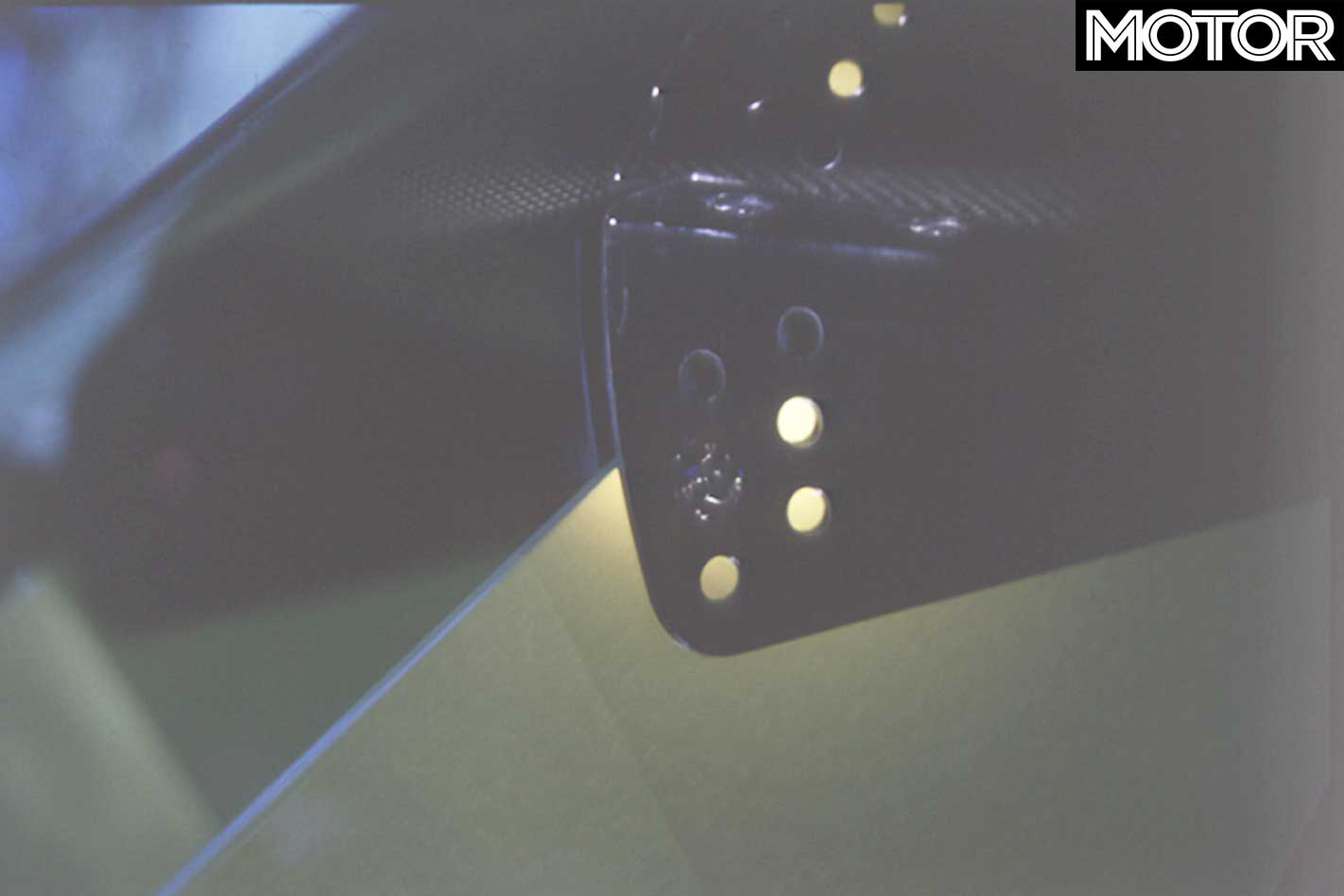 Inside, she was pretty lairy with a black dashboard and trim panels, contrasted with big, bold yellow stitching on anything that was sewn together. HSV built a total of 85 cars, including 75 for Aussie consumption, nine for New Zealand madmen and one press-test car which, I am happy to say, I had a lovely time caning around the countryside when my time came to snaffle it for a few days.

The performance was short of the current HSV stuff (fair enough given the current thing has a dirty great 6.0-litre), but realistically, more fun than early LS1-powered HSVs thanks to the excellent low-down torque that let you either pootle about in a high gear or frap the tach needle into the red in every gear. Remember, too, that the basic VS package on which the GTS-R was based was a whole lot lighter than the post-VT models that copped the LS1. 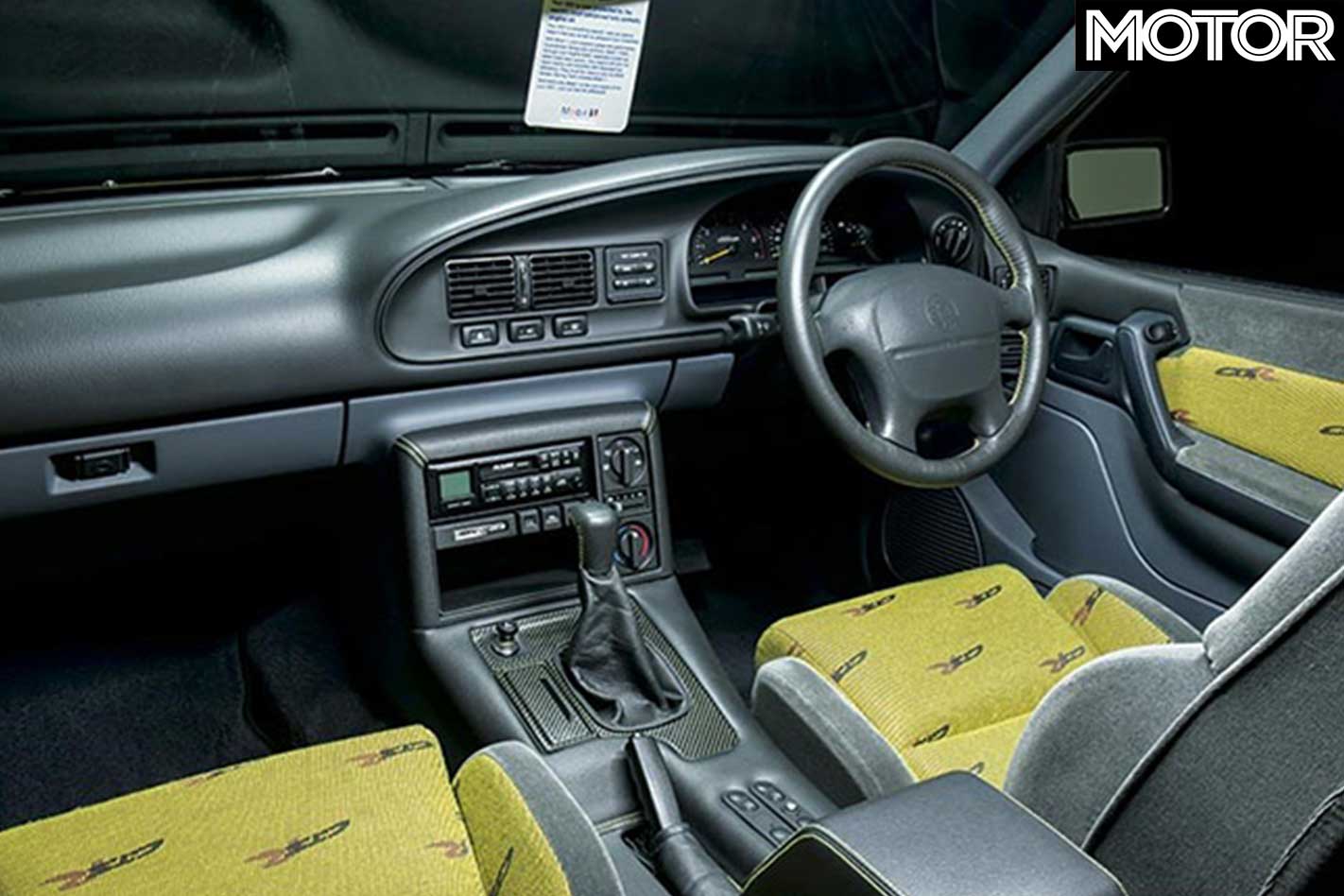 The six-speed ’box was the same notchy old bugger that afflicted many an HSV and the clutch was heavy but progressive enough. The biggest hurdle with owning one now is that they’re a bit, ahem, dodgy looking. Taxi-cab paint-scheme aside, the GTS-R is just plain lairy and that interior? Phew, give it a miss if you’ve had a big night on the tiles the evening before.

“The GTS-R has the show, but more importantly it has the go to match. It hits home what a gutsy, trusty, refined, world-class fighter the HSV is as we blast down the twisty road etched into Mount Buller – it’s torque is amazing. There’s no substitute for cubes and that’s why the HSV kicks all comers from low down.”
- Paul Ellis, April 1996 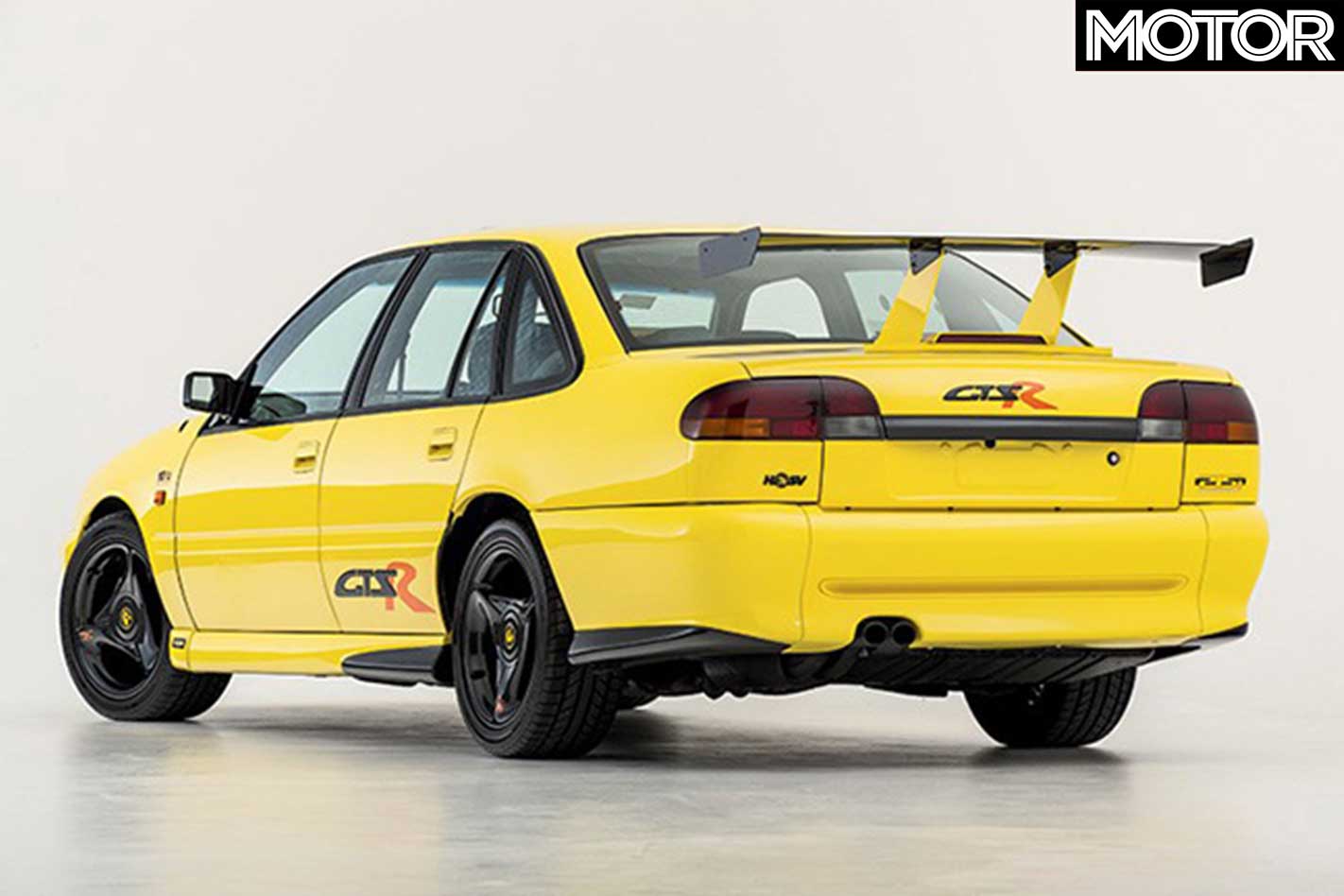 IN 2005: If you can find a GTS-R, chances are it’ll have covered around 150,000km, many of which may well have been covered at a fair old velocity. Some have been club raced, so watch out for anything with a roll-cage and drilled and wired sump plugs.

The good news is that, unlike Brock Commodores and some other local muscle cars, it’s unlikely that anybody has faked a GTS-R. Maybe that says a fair bit about the whole stylistic package, or maybe it’s because, at around $25,000 for a good one, it’s just not worth the bother. 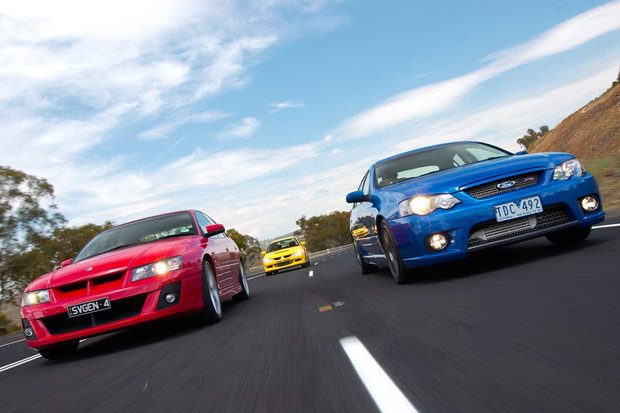 FPV’s Typhoon is new kid on the block, but is its turbo six enough to put the wind up the Evolution VIII and ClubSport? 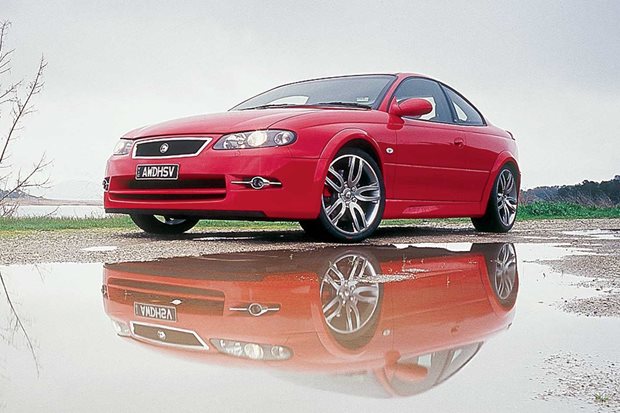 Two days, 1200 kays and every weather and road condition we could find. We put HSV’s Coupe 4 through its toughest-ever test 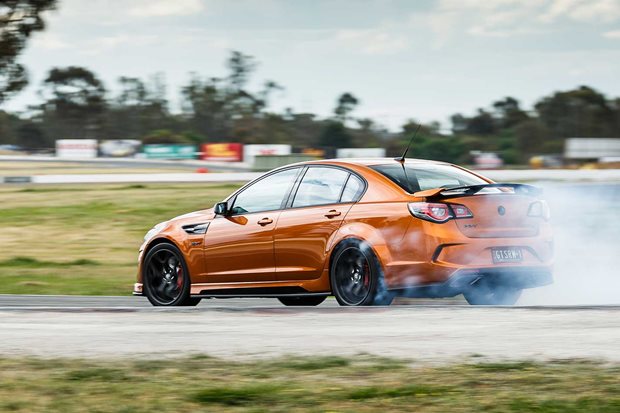 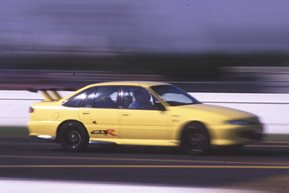