Just like a big rack on a small rib-cage, you’ve got to love an unfeasibly big engine crammed into a small car. It’s why we regard with such reverence gadgets like the Peugeot 205 GTi, the SLR/5000 and the 147 GTA. And Dannii Minogue.

This review was originally published in MOTOR’s February 2005 issue

And it’s also why AMG has been so successful and well respected. It has almost nothing to do with the core engineering inherent in the Mercedes-Benzes on which it bases its creations. Nope, it’s pretty much all because AMG continues to take small cars and jam dirty great V8s between their front rails. 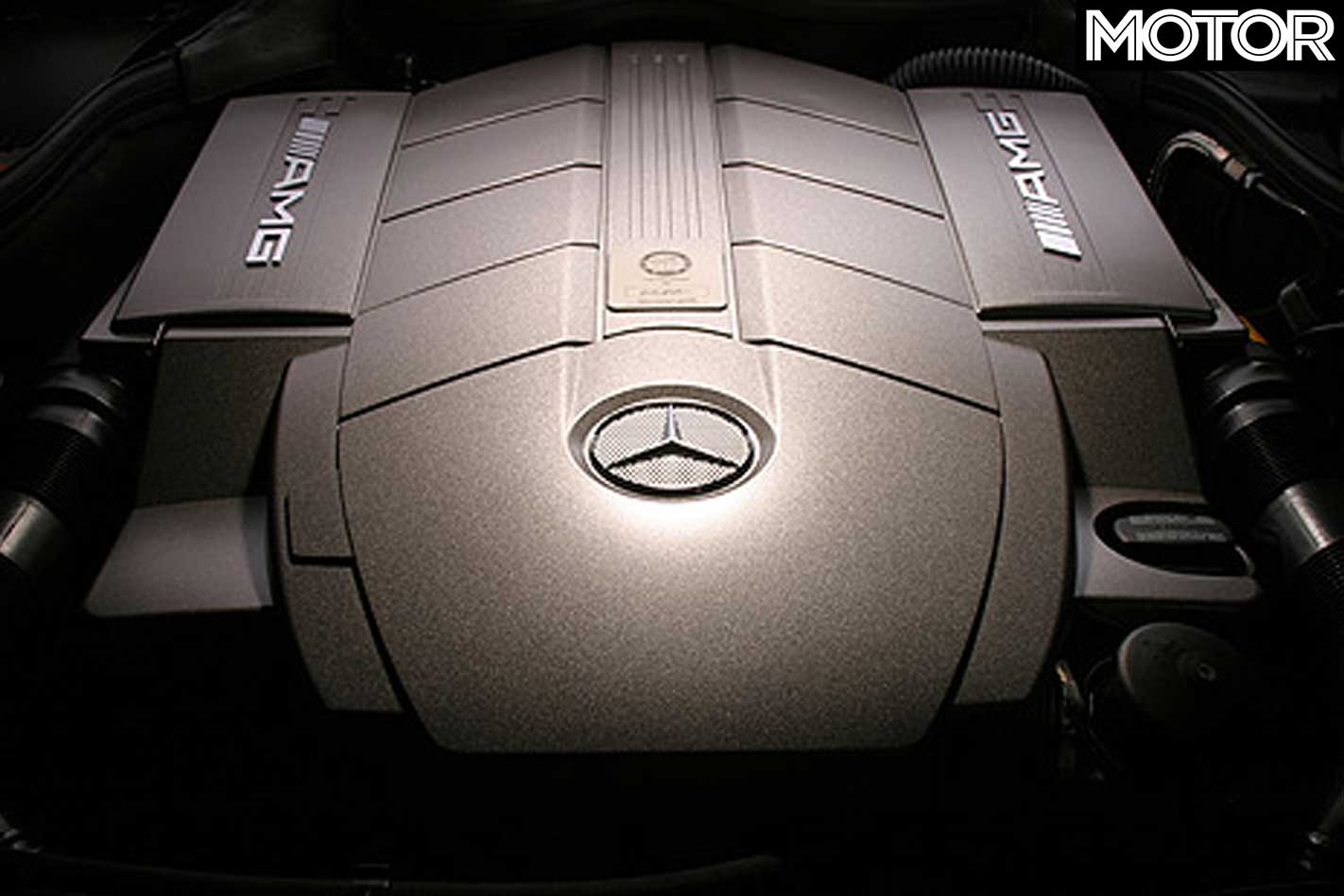 I mean who, for instance, would have dreamed the car we associate with a kompressor-fed four-banger or a mid-sized V6 would ever be the recipient of an AMG-massaged 5.4-litre V8, complete with 265kW and 510Nm? Not us.

Thankfully, such a mechanical Frankenstein was not beyond the realms of possibility at AMG and, equally thankfully, those crazy funsters up in Stuttgart gave the thing the green light.

Exactly how a conservative outfit like M-B justifies the SLK55 at boardroom level is anyone’s guess. But just in case the Stuttgart suits have been conned the thing is anything but a complete headbanger, allow us to spill the beans. Even though it’s based on a clever, well made sun-chaser, it’s that monster-donk that completely dominates proceedings. 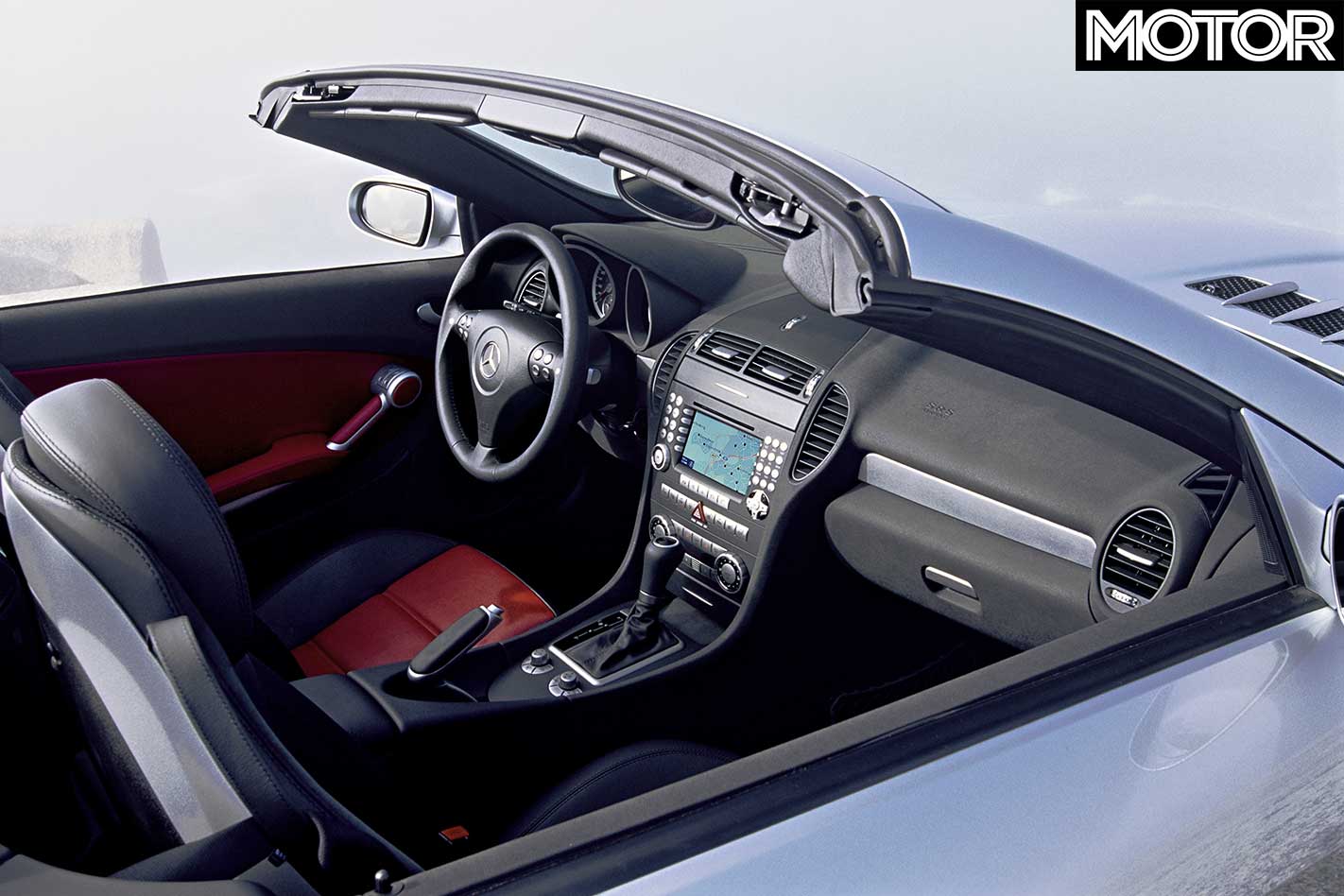 Drive it back-to-back against the garden variety SLKs with their supercharged four-bangers and V6s, and even though most of the package is the same, you’d never really pick the AMG version as being from a limb of the same family tree.

And that’s purely because – like we said earlier – it is going to take months of ownership before you can get your head around the engine and what it’s capable of doing. There’s oodles of urge from the minute you fire her up and it continues to swell, flinging the SLK along as if it’s in a giant slingshot.

Speed builds and builds fast, but it’s also very linear and the 55 gives the impression that it’ll never stop accelerating. It will, of course, the computer pulls the pin smack dab on 250km/h. 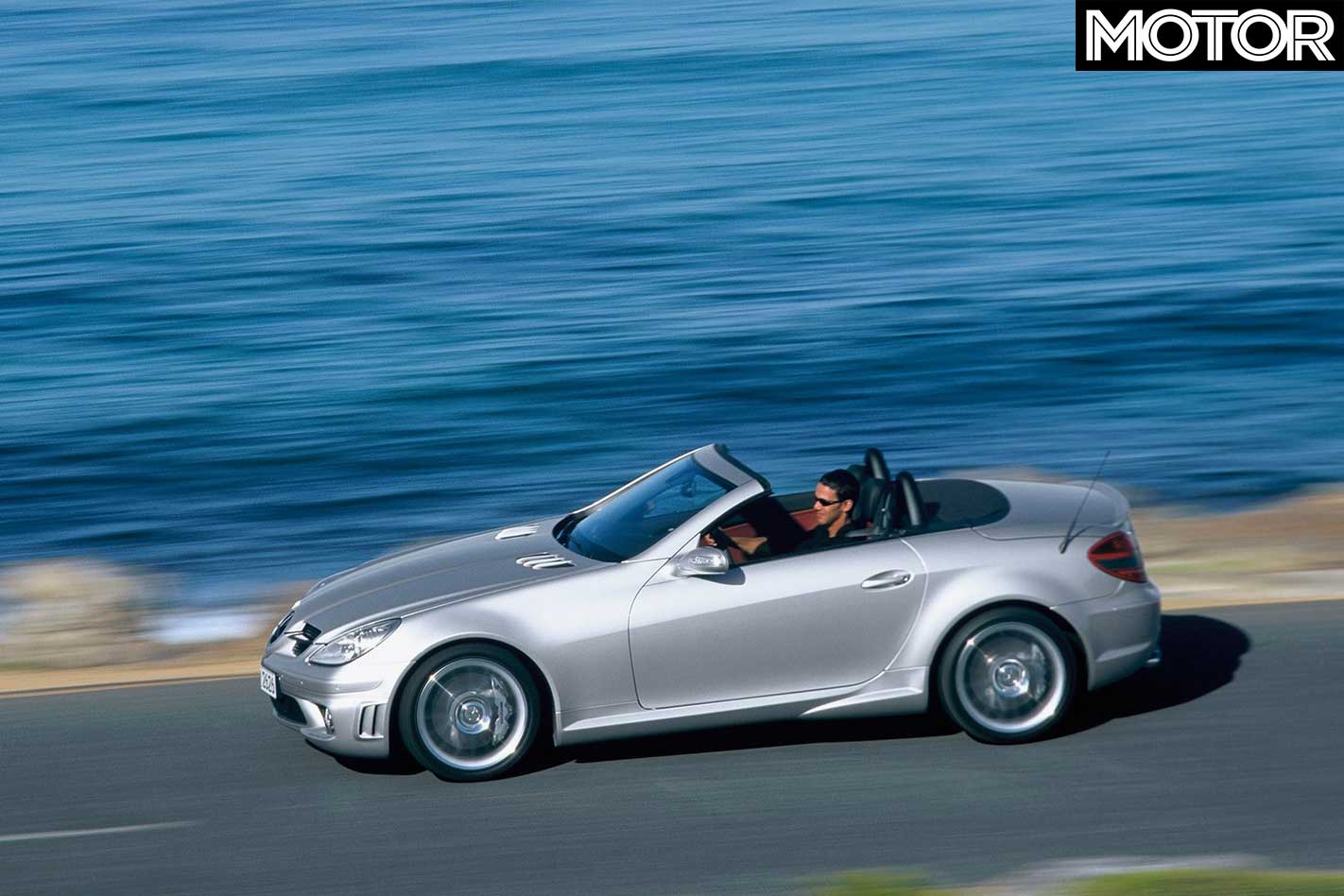 In the process, says AMG, you’ll trip over 100km/h in the first 4.9 seconds and there’s not a single mark on the speedo where you can’t mash the throttle and feel a real spurt-o-squirt.

Equally, there’s excellent part-throttle response via the dead-feeling gas-by-wire set-up and keeping the SLK wafting along requires nothing more than breathing lightly on the noise pedal every couple of kays. 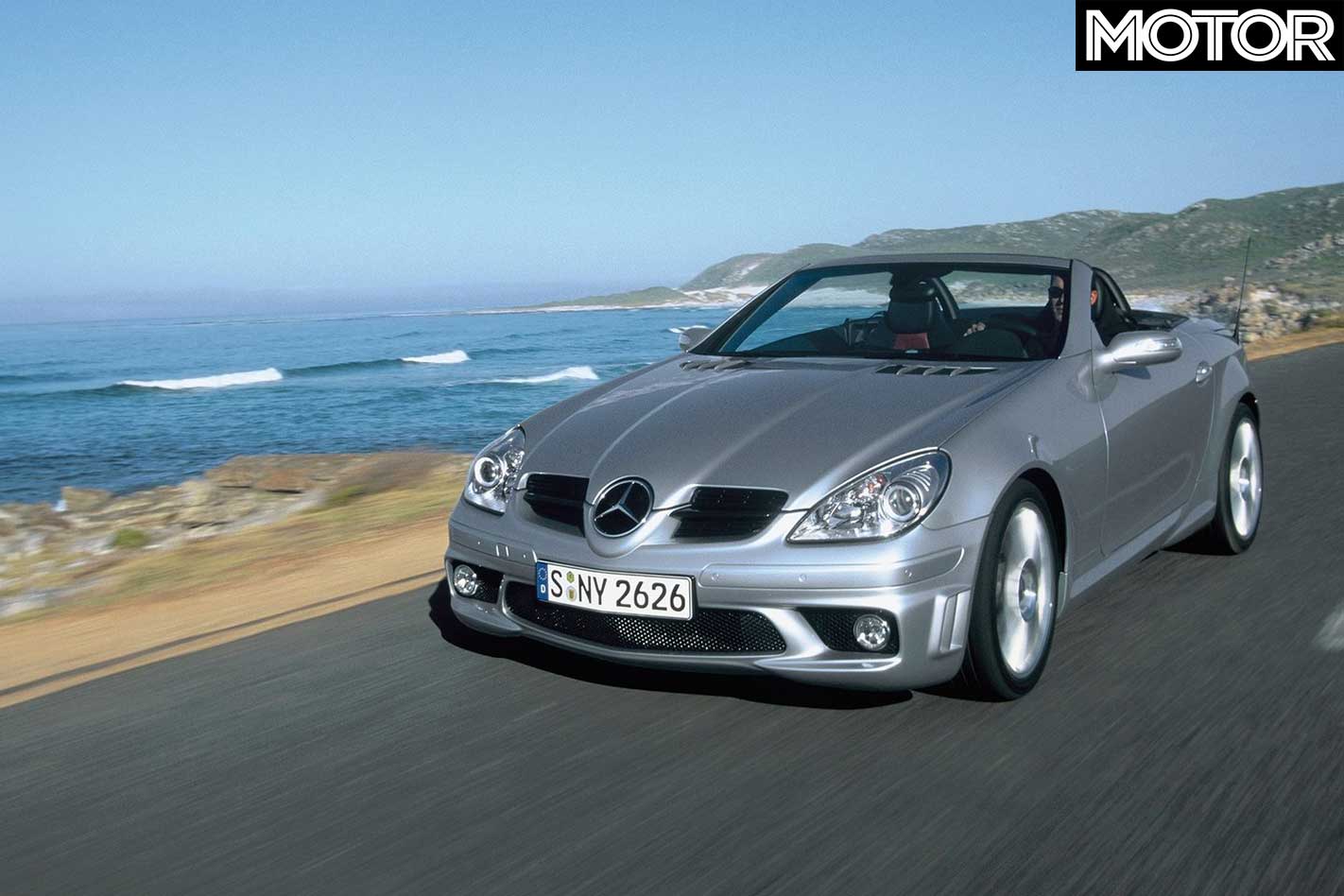 Throwing seven forward gears at such an engine suggests a seamlessness will ensue, and so it does. The seven-speed auto shifts almost imperceptibly and only a bit of a clunk as it picks up the very lowest gears as you roll to a stop spoils the illusion of the thing not having fixed ratios at all.

Tragically, the dopey shift mechanism doesn’t give you full over-ride, so maybe it’s just as well the bugger is smarter than you to begin with. Even so, having decided to shift manually and then having the ’box shuffle its own deck makes you wonder what the hell Mercedes-Benz was thinking about when they specced the tranny’s brain. 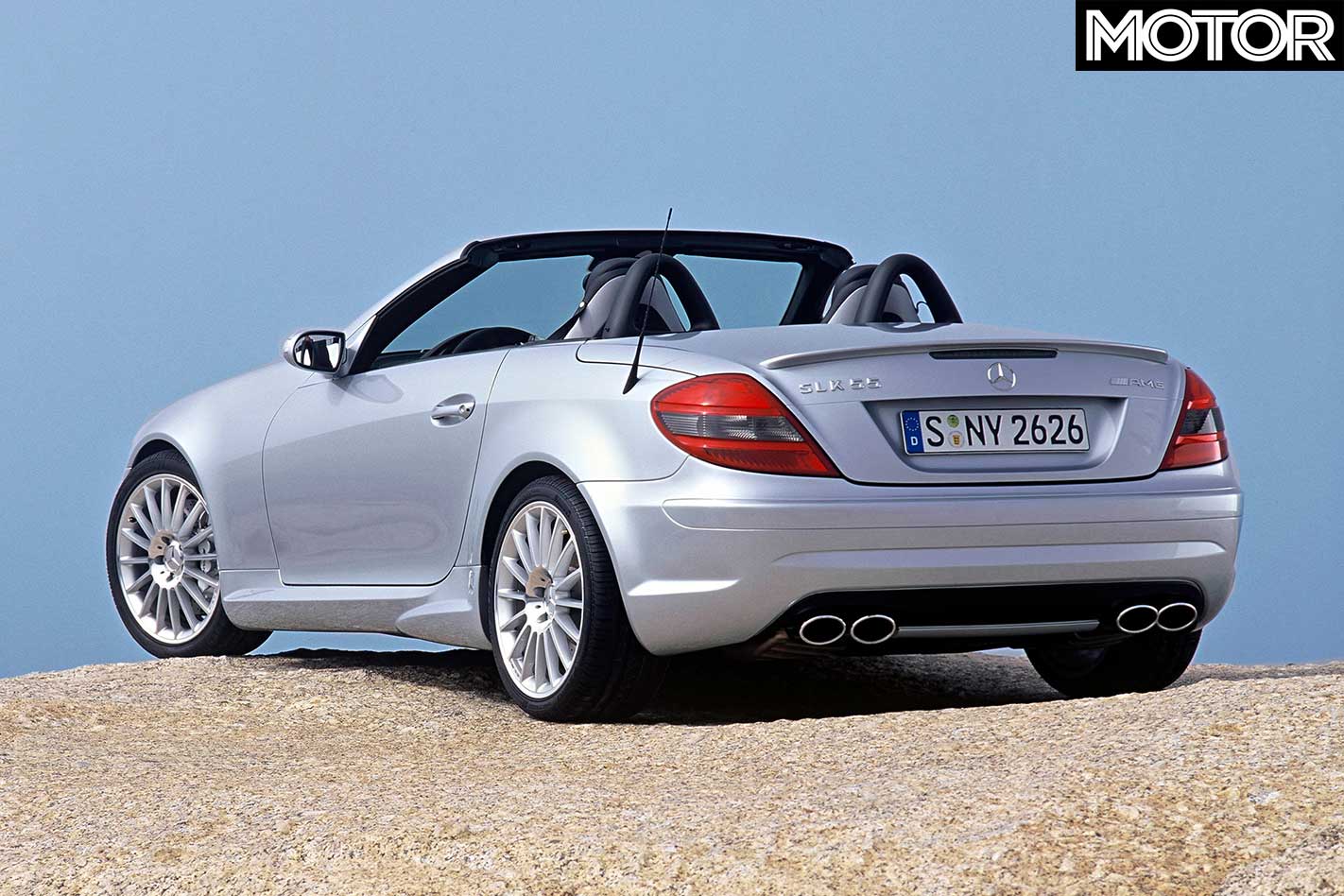 Maybe it’s the extra weight over the front axle, but the AMG version of the SLK doesn’t have the same rubbery steering feedback as the garden varieties.

Just as well, too, because given the 55’s propensity for piling on the pace, the last thing you want as you tip into a sweeper is a tiller that doesn’t want to talk to you.

Blasts from the past, only on classic MOTOR

Even then, it’s not as razor sharp as an M3, nor as talkative as a 911, but it does place the front wheels pretty much where you want them with a fair degree of repeatability. 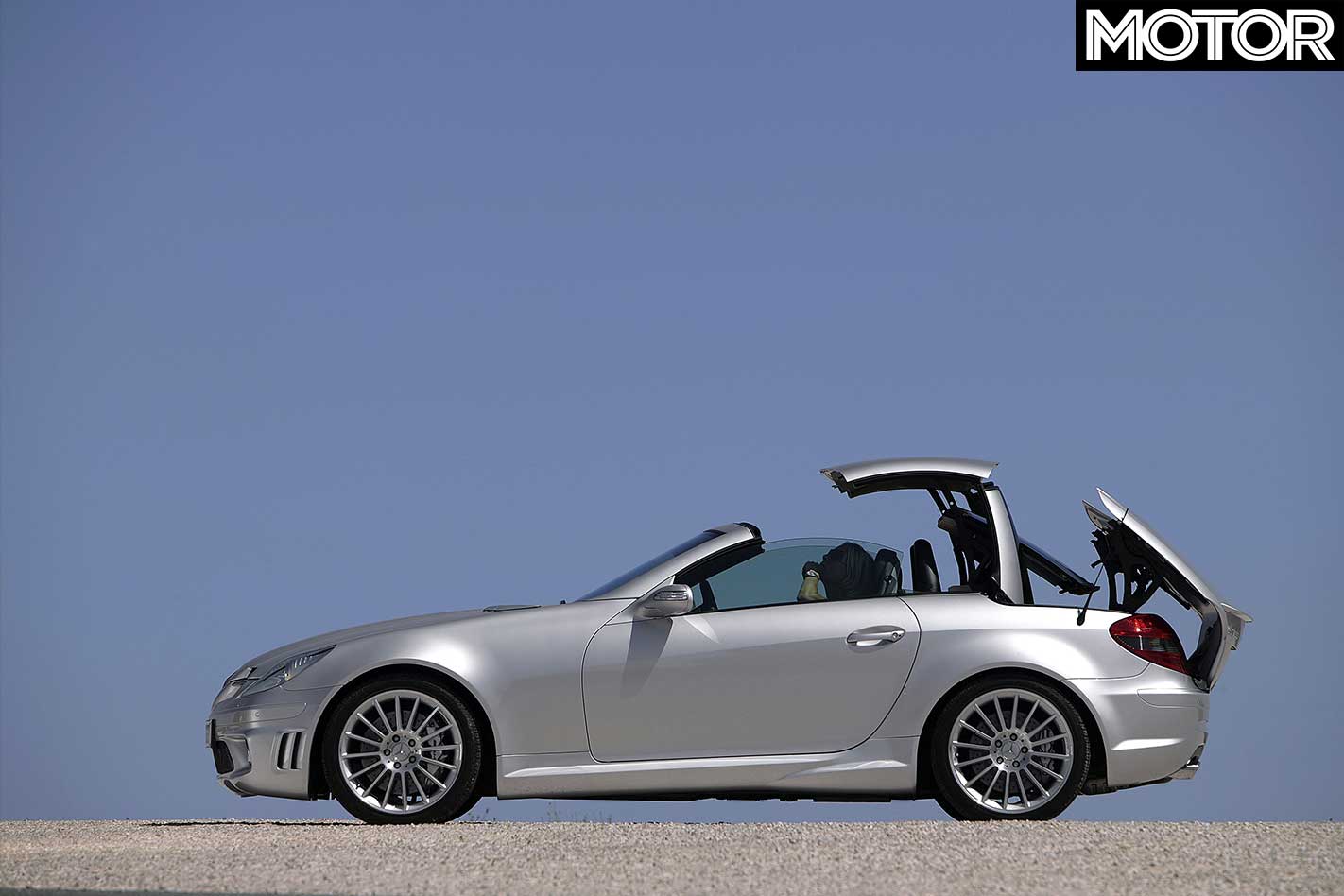 The rest of the deal is just how you remembered the SLK. The cabin is roomy (although it’s still a strict two-seater) and the ergonomics are faultless.

The clever tin lid that folds away in seconds is the best in the business and it all feels beautifully made, giving the impression that it’ll all still be working in another 30 years’ time.

And that’s about the length of time it’d take most of us to pay the bugger off. 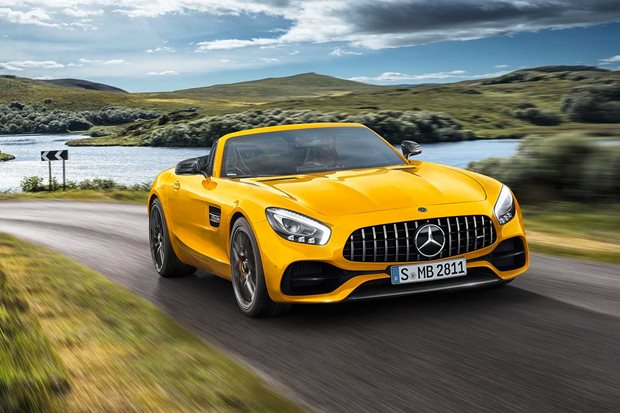 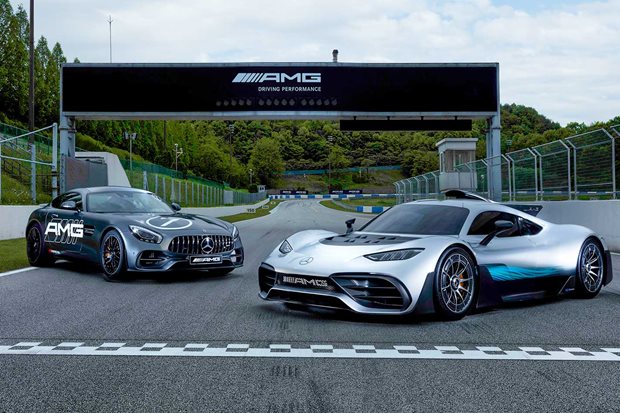 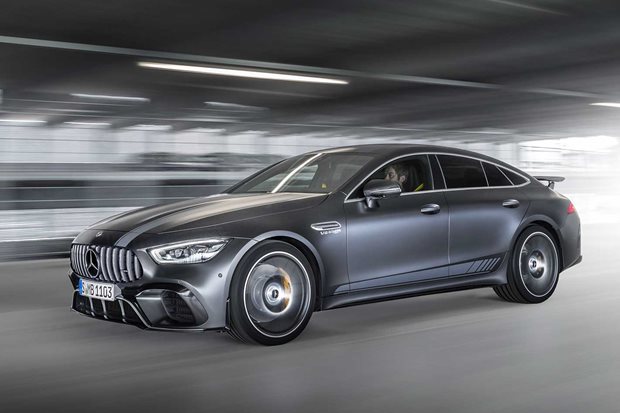 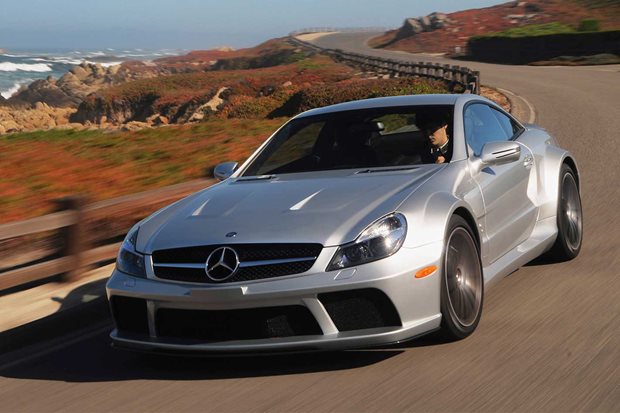 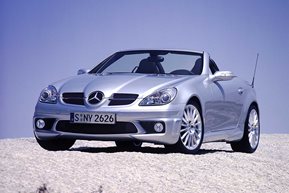 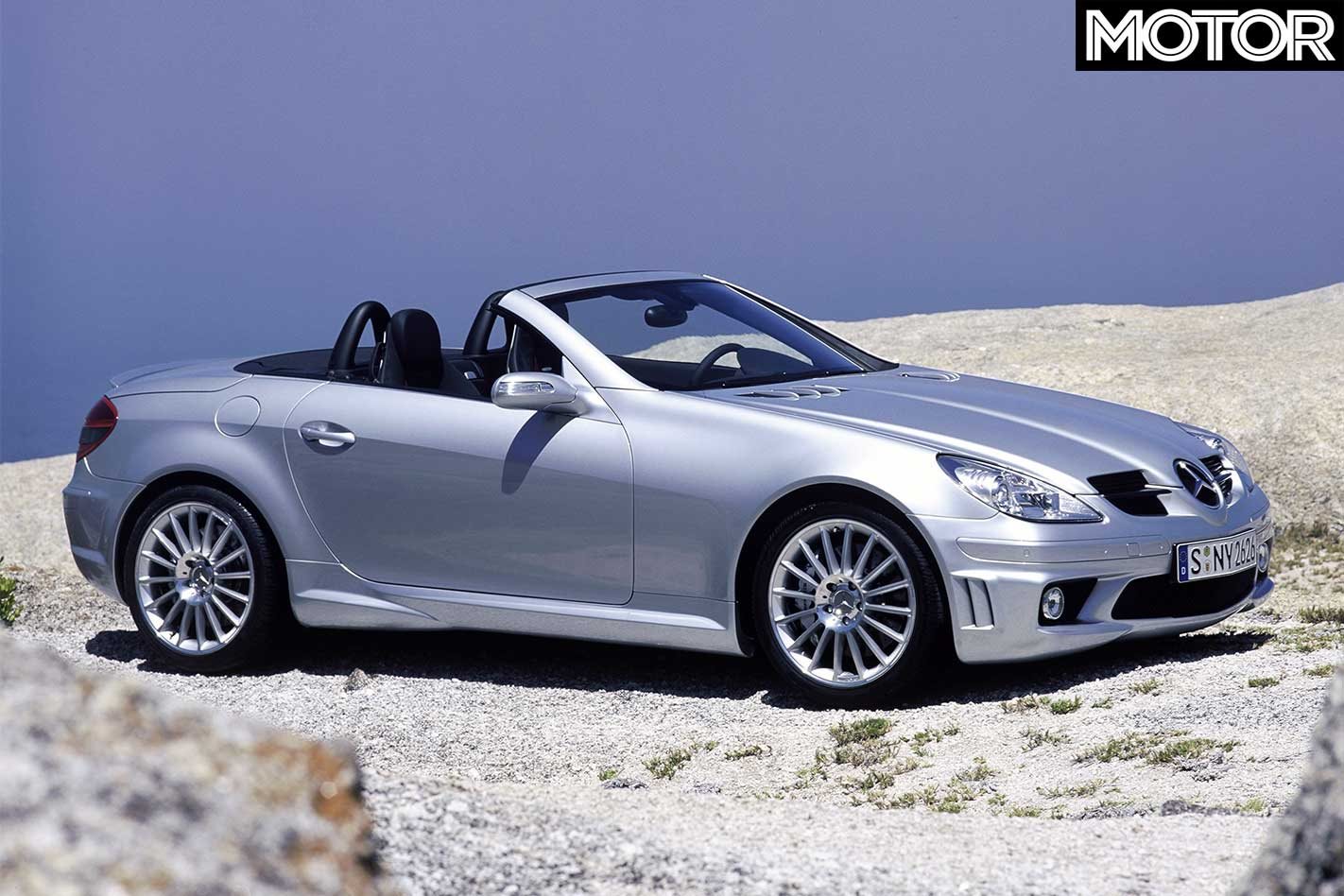 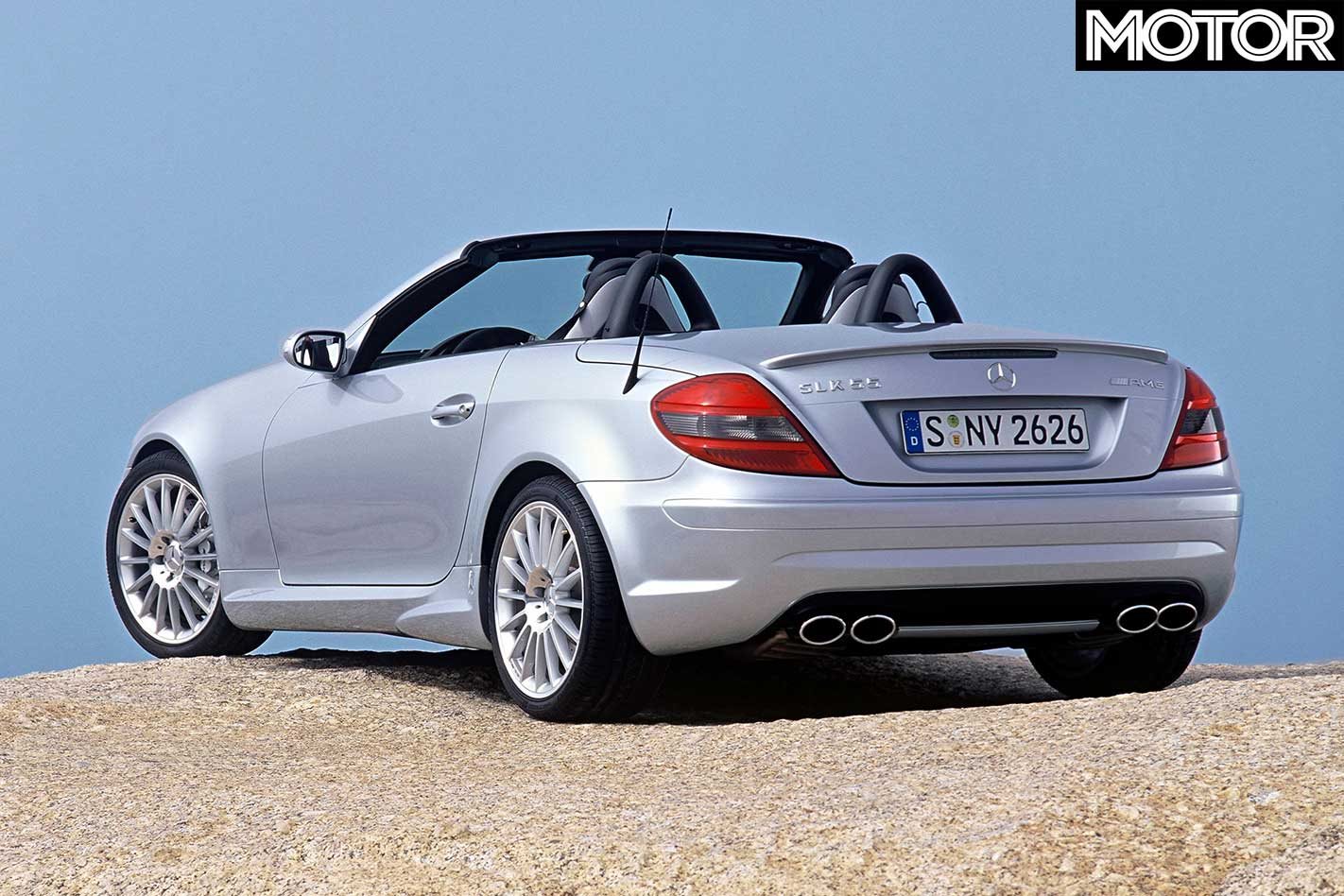 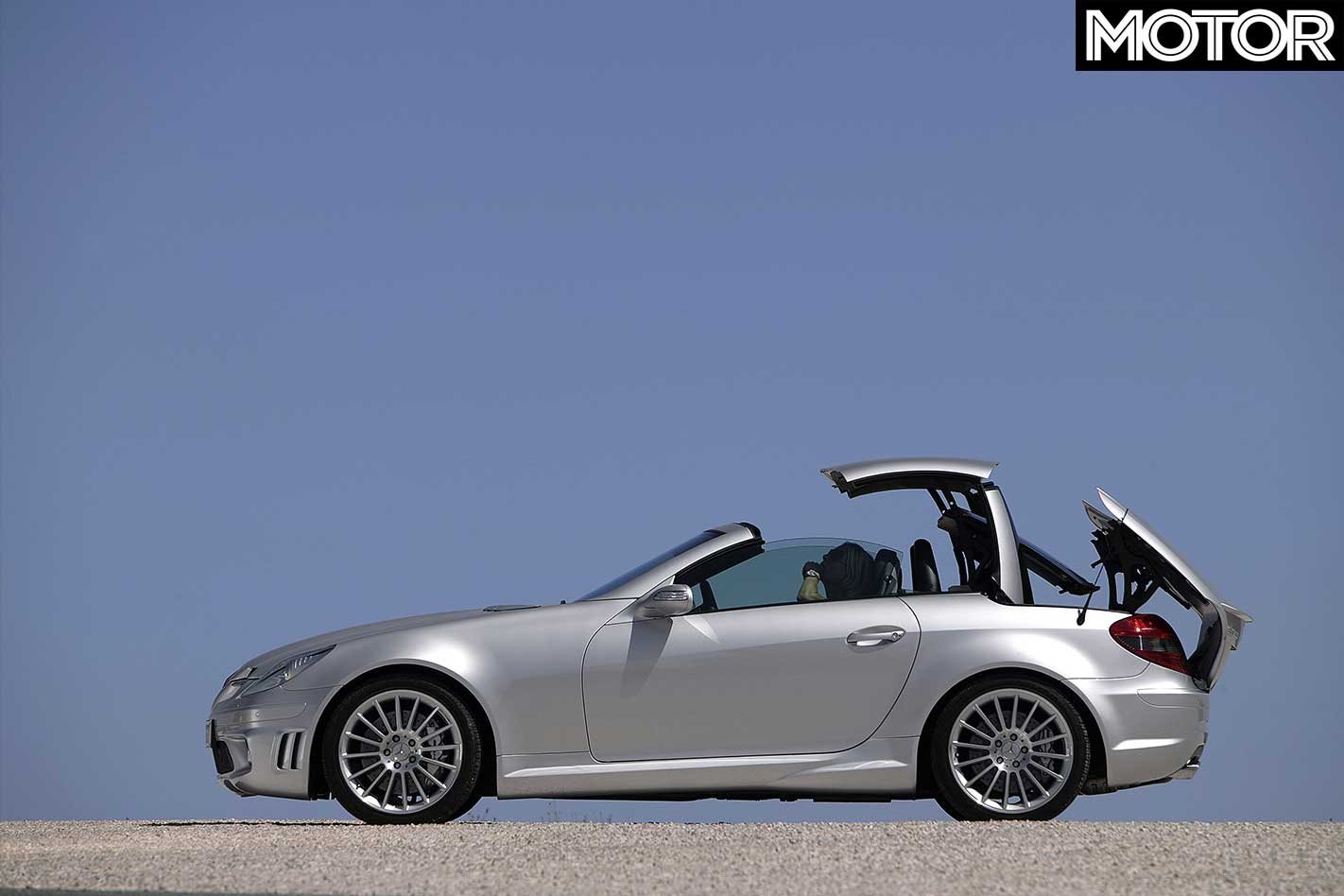 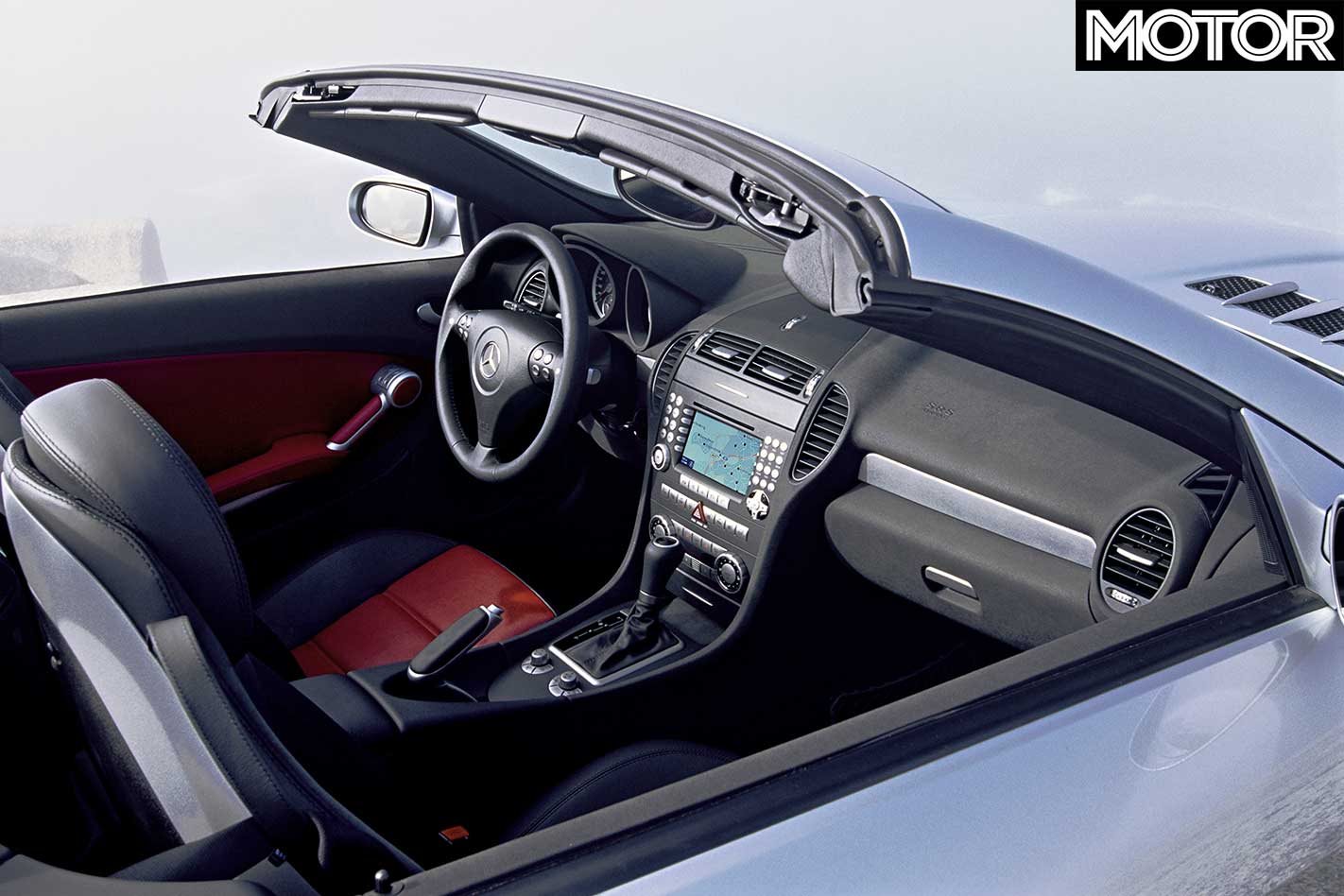 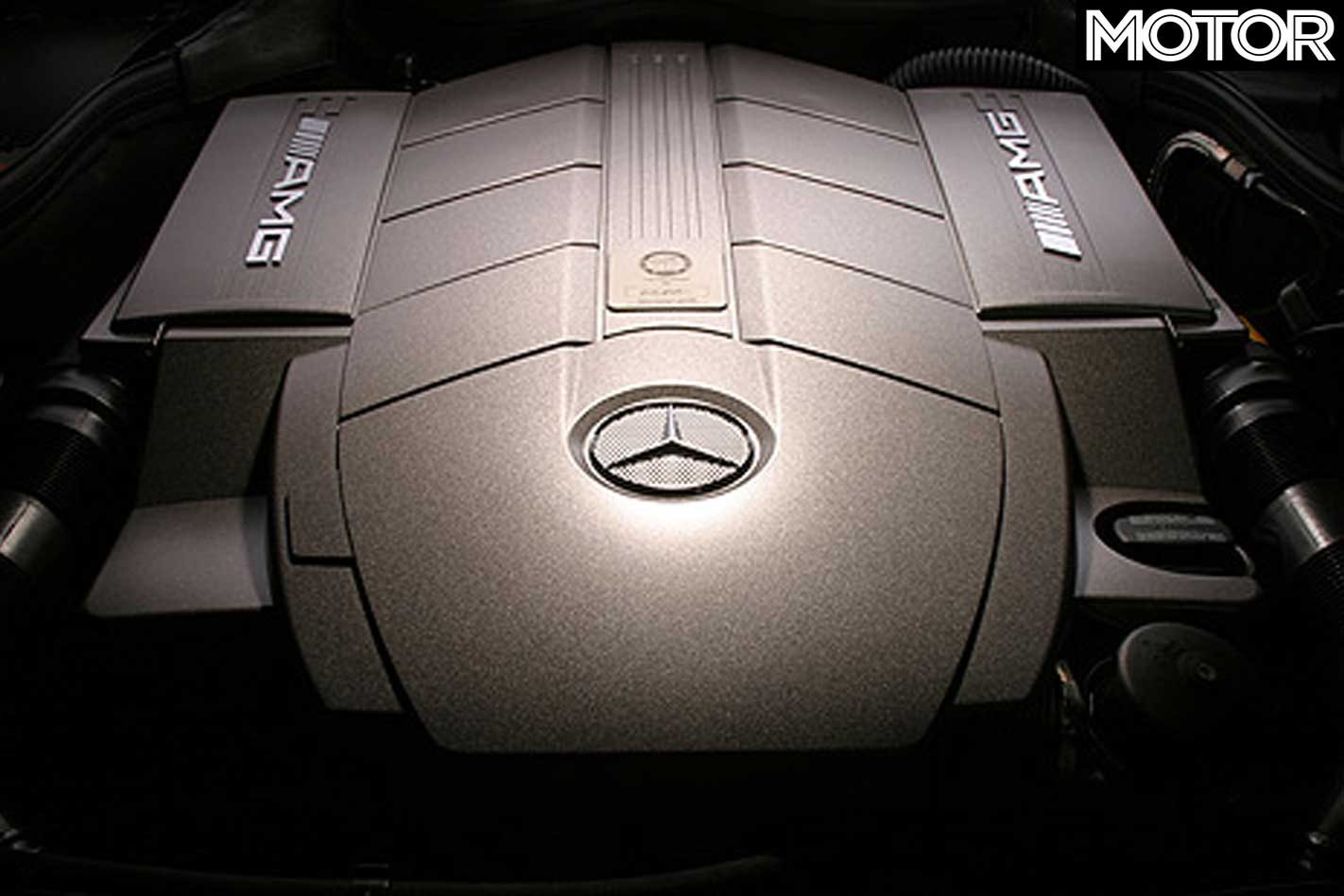