You’d be hard pressed to find someone who thought the Audi A6’s 3.0-litre diesel donk a bit of a duffer. It hoofs along all right and achieved great mileage, which is just what you want in a diesel. Right?

Well, that’s not quite enough any more, according to Audi. It wants to make its diesel cars sporting and sexy. And it’s got a clue or two about how to do that. It is, after all, the first ever manufacturer to win Le Mans with a diesel-powered racer. Not only did the 478kW, 1100Nm diesel-powered R10 win, but it also set the fastest lap time and reset the record for the furthest distance travelled on a single tank of fuel. 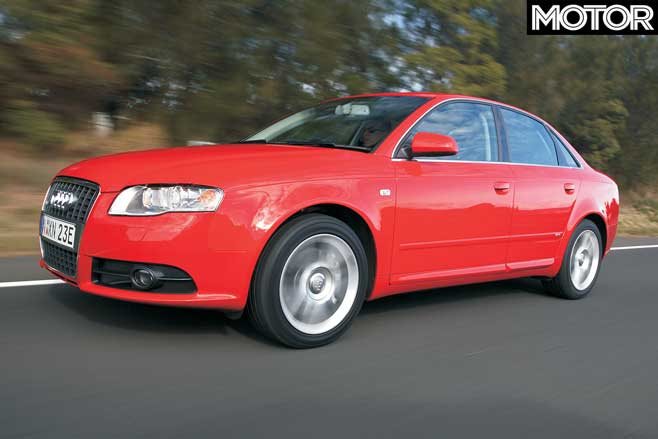 To celebrate, Audi has rolled out two new diesel cars: the deadly Audi A4 TDI quattro and the stupidly powerful A8 TDI quattro. The A4 borrows the A6’s 3.0-litre bent-six TDI, spinning out 171kW and a stump-pulling 450Nm. It hauls its 1655kg to 100km/h in just 7.8secs.

Audi claims the A4 will return around 8.4L/100km and get nearly 750km out of a single tank. They’re not too far off. The trip computer on the launch drive, which took in some incredibly spectacular and some very demanding roads in Tassie, recorded 9.5L/100km. And believe me when I say the horses weren’t spared.

That’s the thing about the A4; it actually encourages you to get the whip out. Kinky, no? And rather than being a bit of a rough experience, it’s actually bloody enjoyable. Power, and bucketloads of the stuff, is just always there. This donk in the new TT would be very nice indeed. And that notion might not be too far-fetched, either. 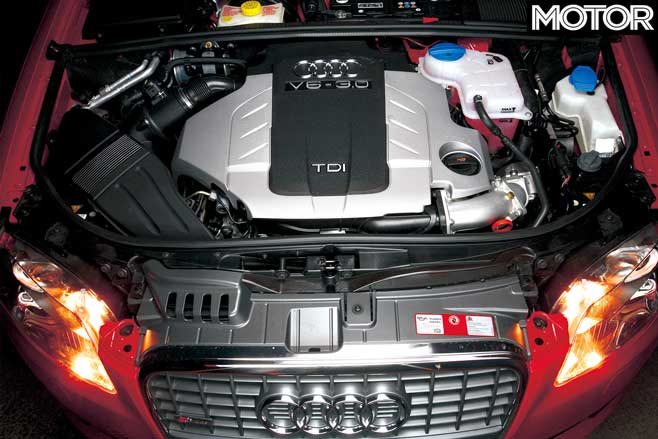 Time and time again you find yourself flapping down through the gears (A4 cops the six-speed tiptronic ’box from the S4) via the steering wheel-mounted paddles just to ride the wave of 450Nm. Third gear, mid-corner and feeding in the power – nothing else in this segment feels as good or as planted. I mean it.

And without quattro (all-wheel drive) you wouldn’t be able to exploit all that oomph. Grip, even on the icy, snow-lined roads we found, was immense. You can really lean on the well-balanced chassis, too – only barrelling into tightening second-gear corners saw the nose run wide. Even then it was only a smidge. And a simple lift brought it back to heel.

Ride quality is excellent. Sure it’s firm, but it’s firm on the sporting side of things, and isn’t what you’d call uncomfortable. Damping is excellent, and the A4 soaked up all of the lumps and bumps Tassie’s back roads could throw at it without upsetting its ride or handling. 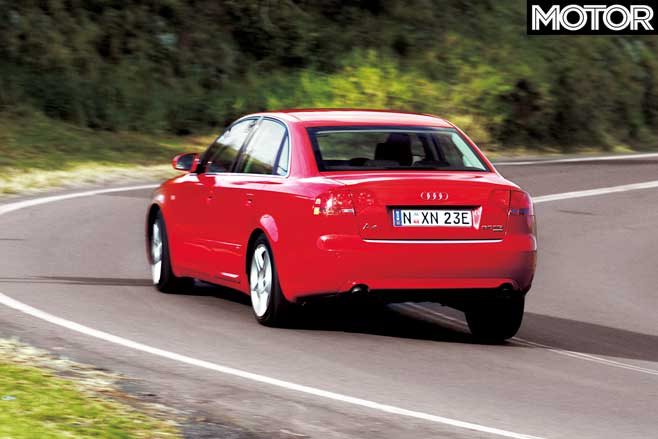 Styling-wise, we’re already familiar with the A4’s look. It’s subtle, purposeful and menacing, though the rims could do with an extra inch. Take a look inside, and the build quality is typical Audi. Our only gripe would be with the dash plastics: they’re just a little too cheap-looking for an $86K car. And the seats, though comfortable, don’t offer anywhere near enough lateral or thigh support for a car with this much grip and go.

Whether you’re just slinking around town or belting through the hills, the A4 TDI quattro is a diesel worth getting your hands dirty for. It’s got style, awesome grip and a heck of a punch.

Blast from the past at classic MOTOR 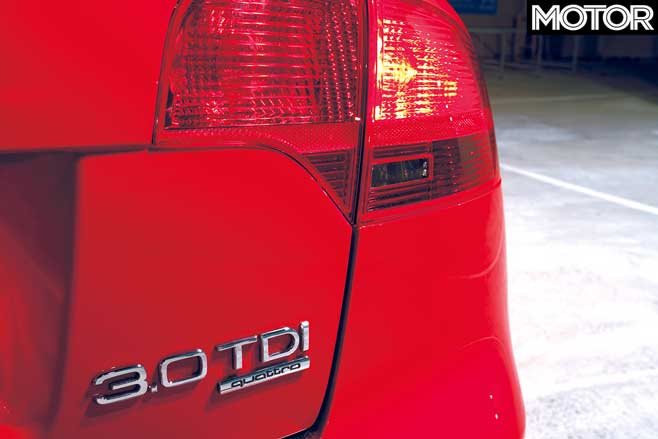 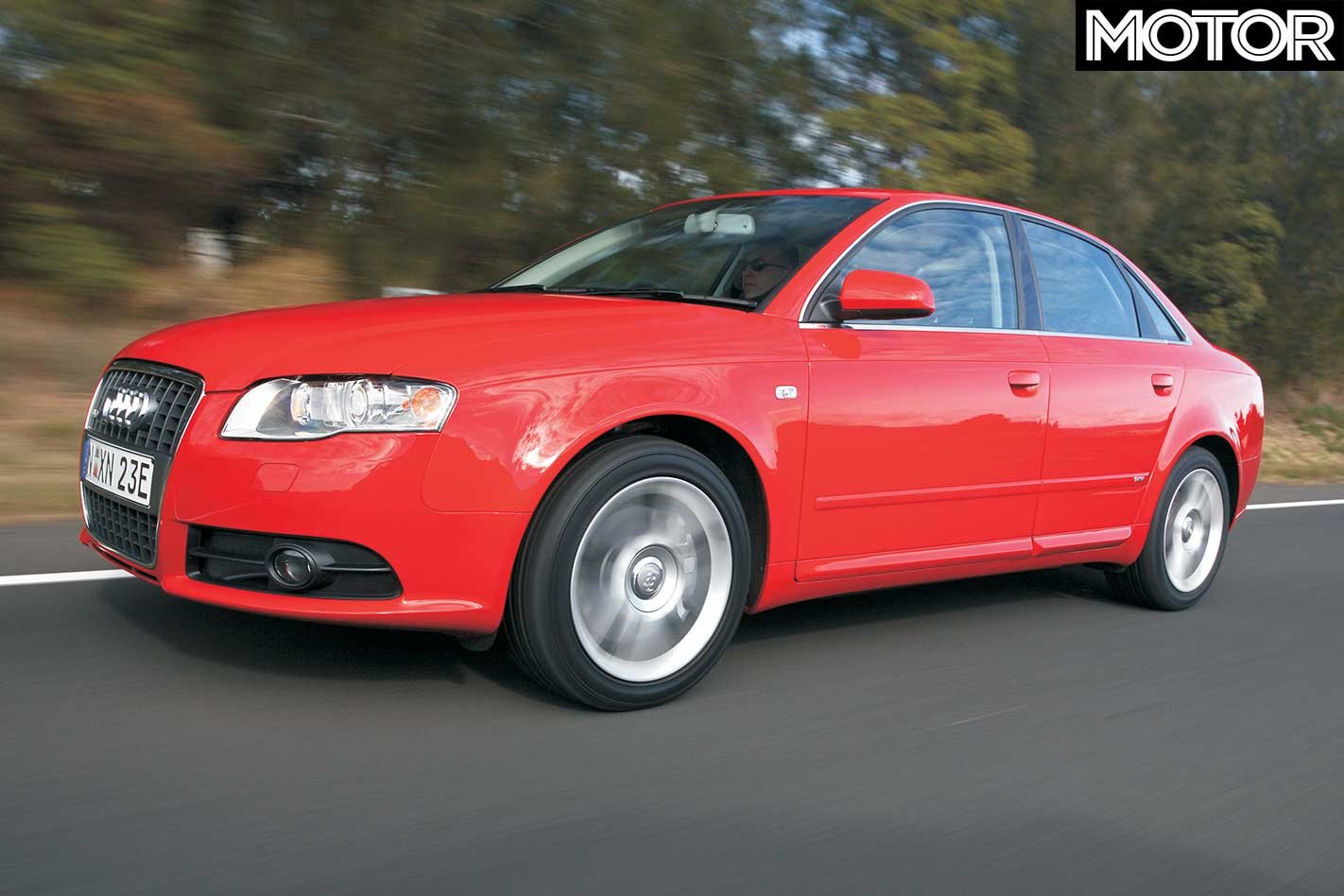 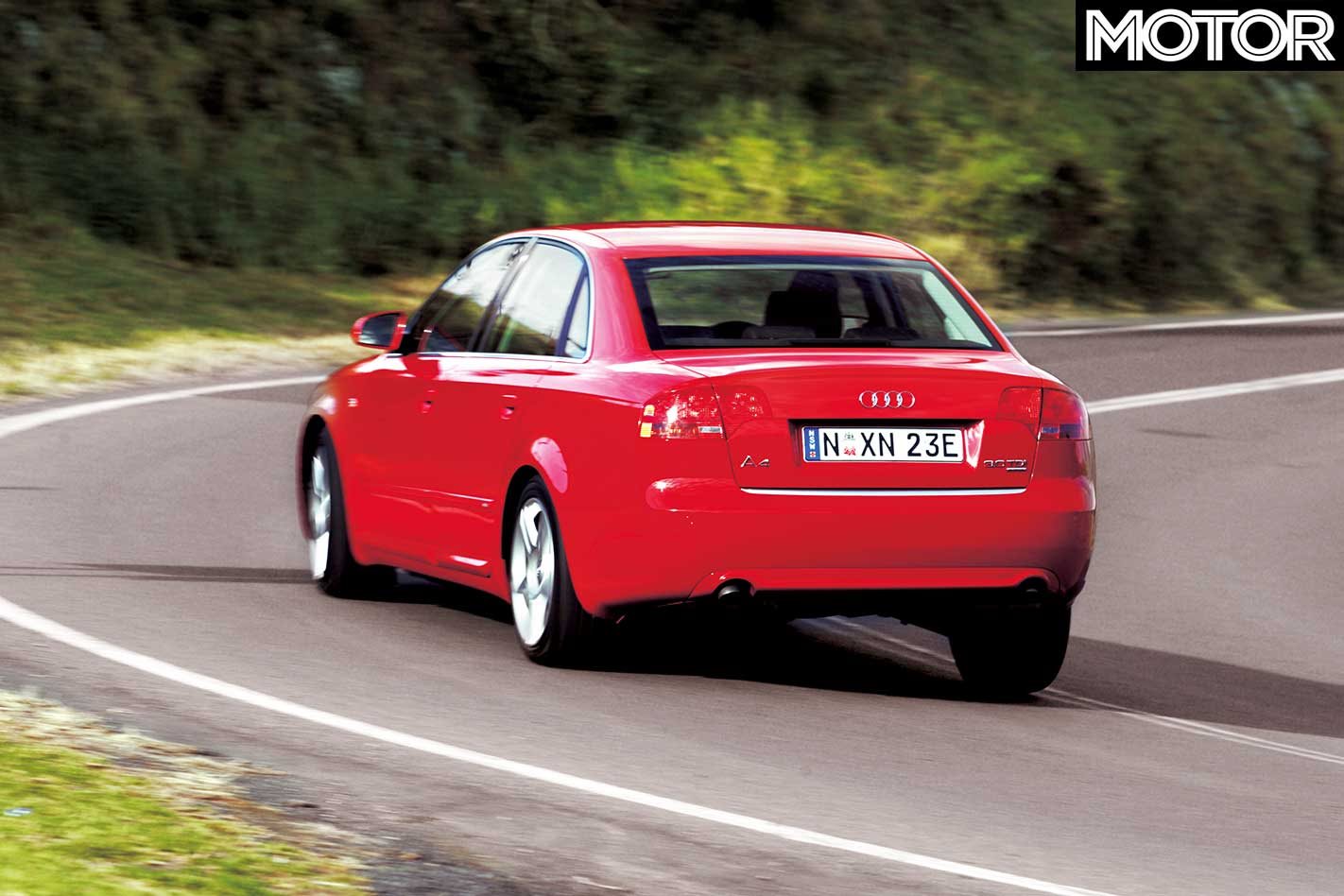 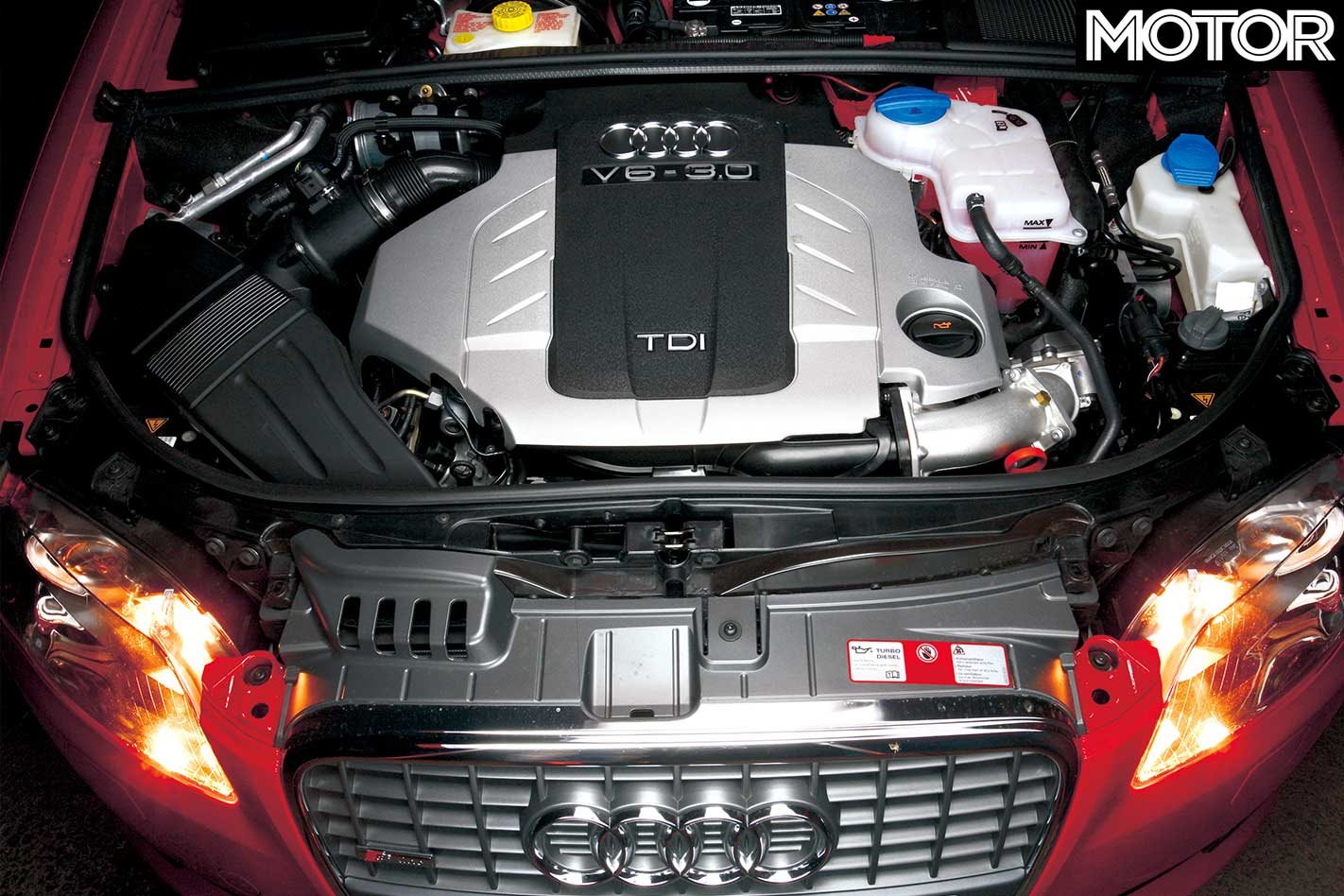 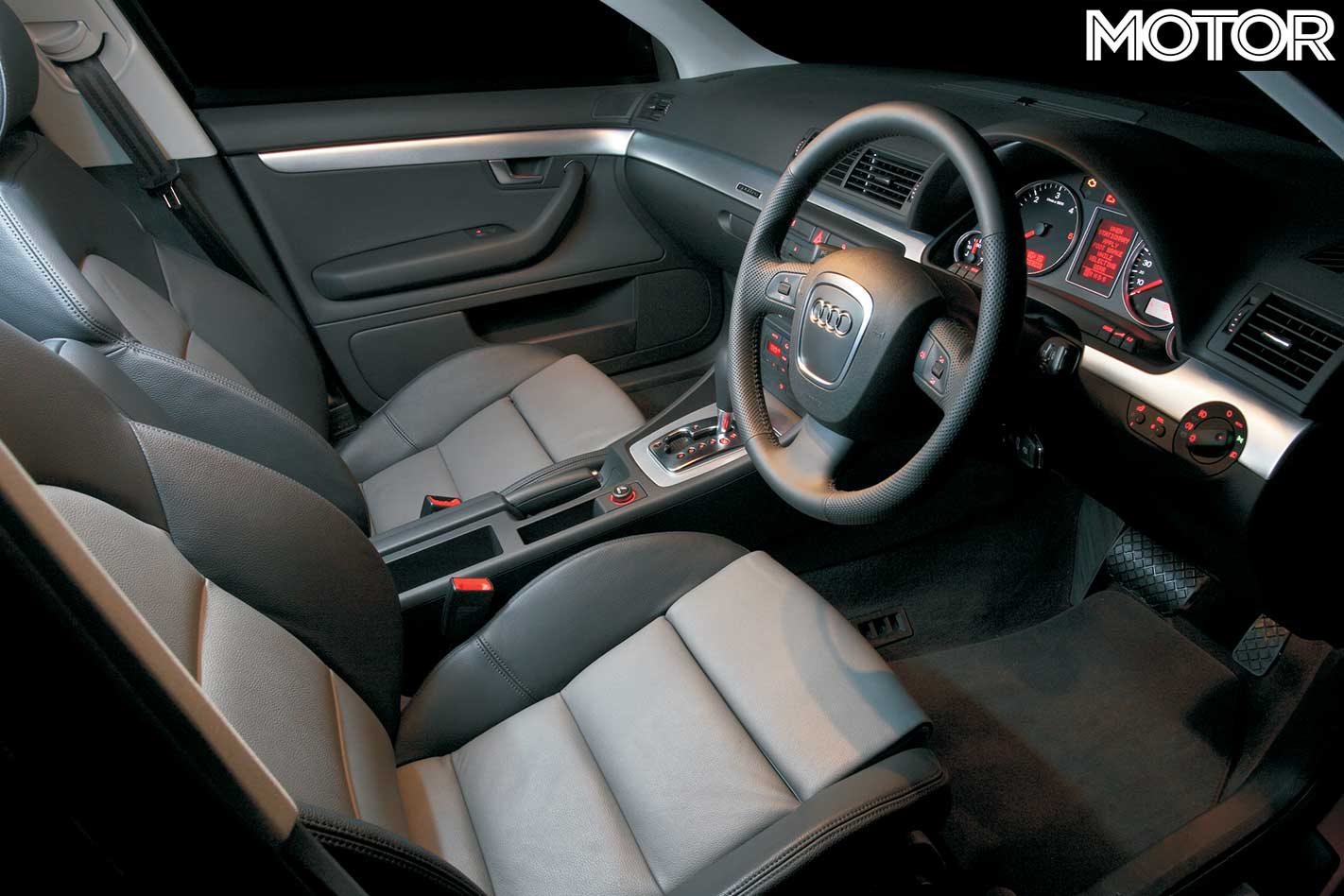