You almost giggle. You have to. This is a Fiat Cinquecento, after all. You’re not supposed to be in a car like this and cursing the chicane for interrupting your flow at 195km/h. This isn’t supposed to be the car where you find Brembo calipers on relatively massive 284mm ventilated front rotors under your foot.

See, while people are going to harp on about the ridiculousness of a car like this having twin exhausts, 99kW, and a flat torque curve from an Abarth-tweaked 1.4-litre turbo four, it’s not the big achievement. 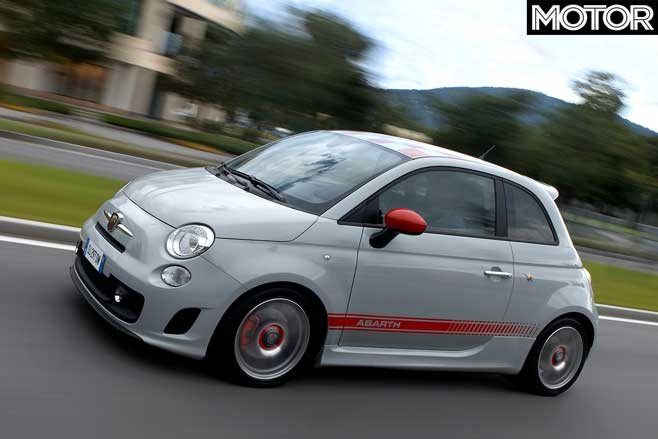 Sure, it helps, because the thing weighs 1035kg and that allows its smallish engine to rip it to 100km/h in 7.9 seconds and on to a top speed of 205km/h — a claim that I kinda believe — but it’s everything you can’t see on the 500 Abarth that should impress you most.

The worst of the stock 500’s handling problems all come from the pedestrian Panda’s rear end. But the Abarth gets an anti-roll bar squeezed into its date and the differences are immediate. Over any mid-sized and even large bump, the Abarth just hunkers down and goes. And goes hard.

The trick is that the roll bar has allowed Abarth to soften the rear springs by about 20 percent, stiffen the front ones by about the same and to drop the roll centre 20mm. The result is an agility that belies its origins. Stand on the anchors across a bump as big as you can find and the back end doesn’t move. It just hunkers down deep into the front spring travel and waits for you to change direction. 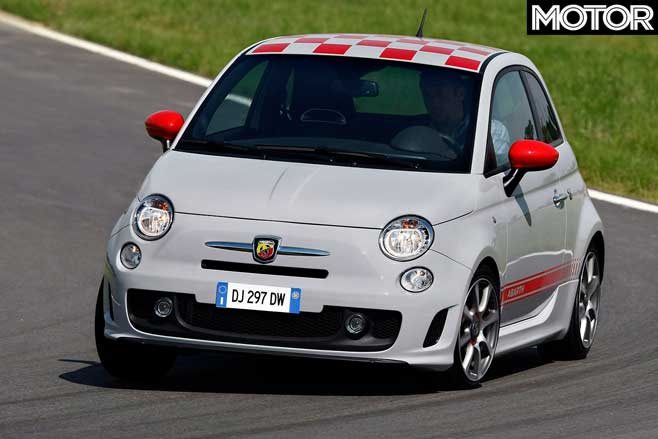 The Sport button livens up the ESP but also delivers more mid-range gristle, while the boost-gauge mounted gear-shift indicator swaps from fuel saving to attacking advice. Push on and the steering feels too slow, especially in its initial movements, but gives just enough info to earn its keep, not stardom.

Instead, that goes to the feel the Abarth imparts through the seat, and the accuracy and alacrity of its pedal response — both on and off.

The back gives an occasional tiny drift as you trail brake into faster corners, but it never threatens to meander far from where you want it to be and it can even help tuck the elongated nose back to the apex. It also keeps its body alarmingly flat in corners and on direction changes. There’s no lurching, no stumbling over roll centres. It just flicks one way and then the other. 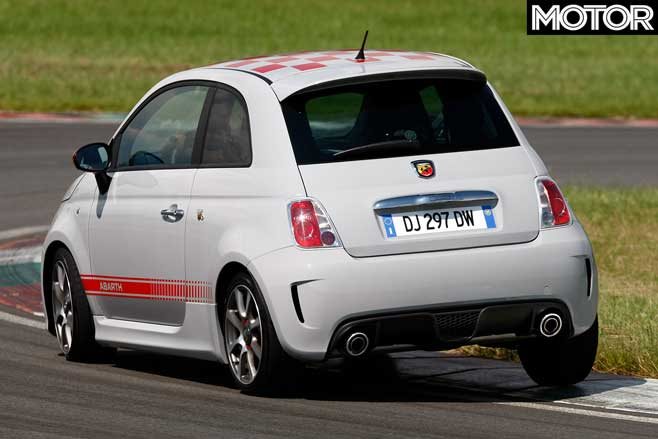 Fire up its Torque Transfer Control diff and it gets even better. The system basically predicts the onset of wheelspin and brakes the clumsy wheel, effectively sending the drive to the other (usually outside) wheel, which Abarth reckons lifts its lateral g-load from 0.95 to the full gee and whiz.

The result is the negation of the annoyingly over-helpful ESP with its elongated consideration before it will allow you full throttle — almost like it’s deciding whether you’re worthy of it. 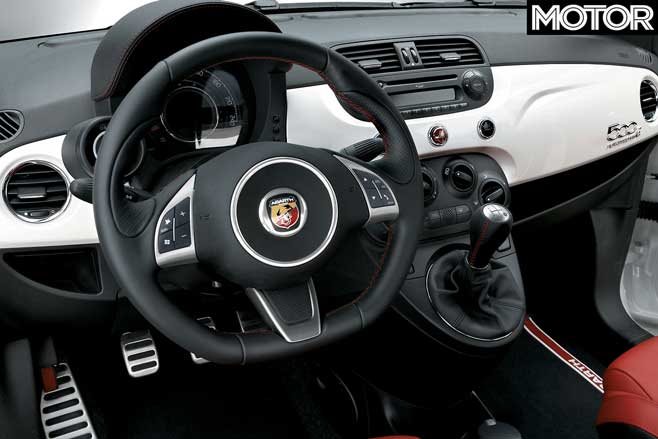 Instead of the wheelspin setting off the computer’s alarm bells, the TTC just gives you drive and drive and drive — sometimes enough to spin up the outside wheel, too. The TTC manipulates torque to reinvent a chassis with a lot more drive, pushing power to the wheel with the most weight on it, making the car a hoot.

So the 500 is nimble and its chassis actually works, even if the steering rack is a bit too slow for the rest of the chassis feel. Which leaves only a few bits and pieces, like an engine that sounds dullish in normal mode, but purposeful and stroppy in Sport. Stuck on the side of it (well, it is laterally mounted) is a five speeder with ratios so close together that you’re always pumping back, forward and sideways.

It doesn’t hide the best of its soul, either. In Sport mode, it’s forever burbling and spitting and crackling on the overrun and you know when it’s giving its all, even if its best is confined to events beneath 5000rpm. 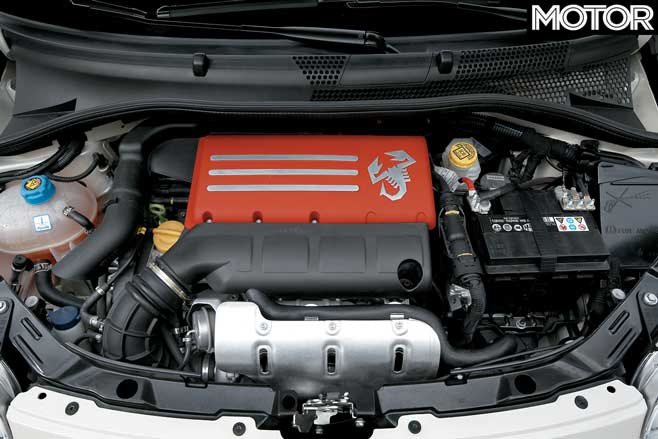 Opening the door is enough to know this isn’t just another grown-up toy of a Cinquecento. It’s far more masculine that the stock car, with a thick-rimmed, flat-bottomed steering wheel, leather seats with impressive bolstering and aluminium pedal facings.

It’ll be cost that prohibits the 500 Abarth’s appeal in Oz. The regular 500 is massively over-priced, and if Ateco does the same thing with the Abarth, it could end up playing with Evos and STis — and that’s well above its weight. 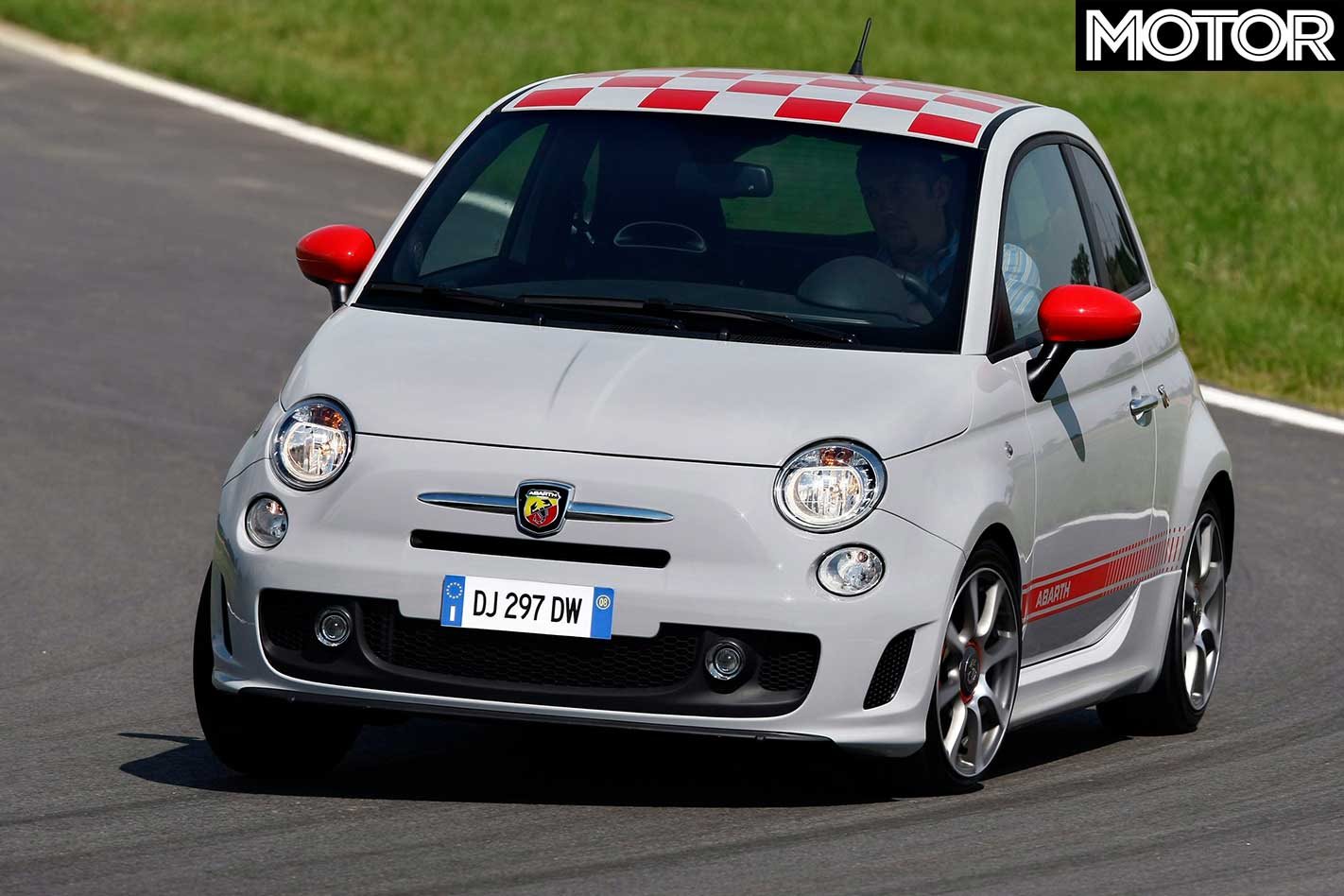 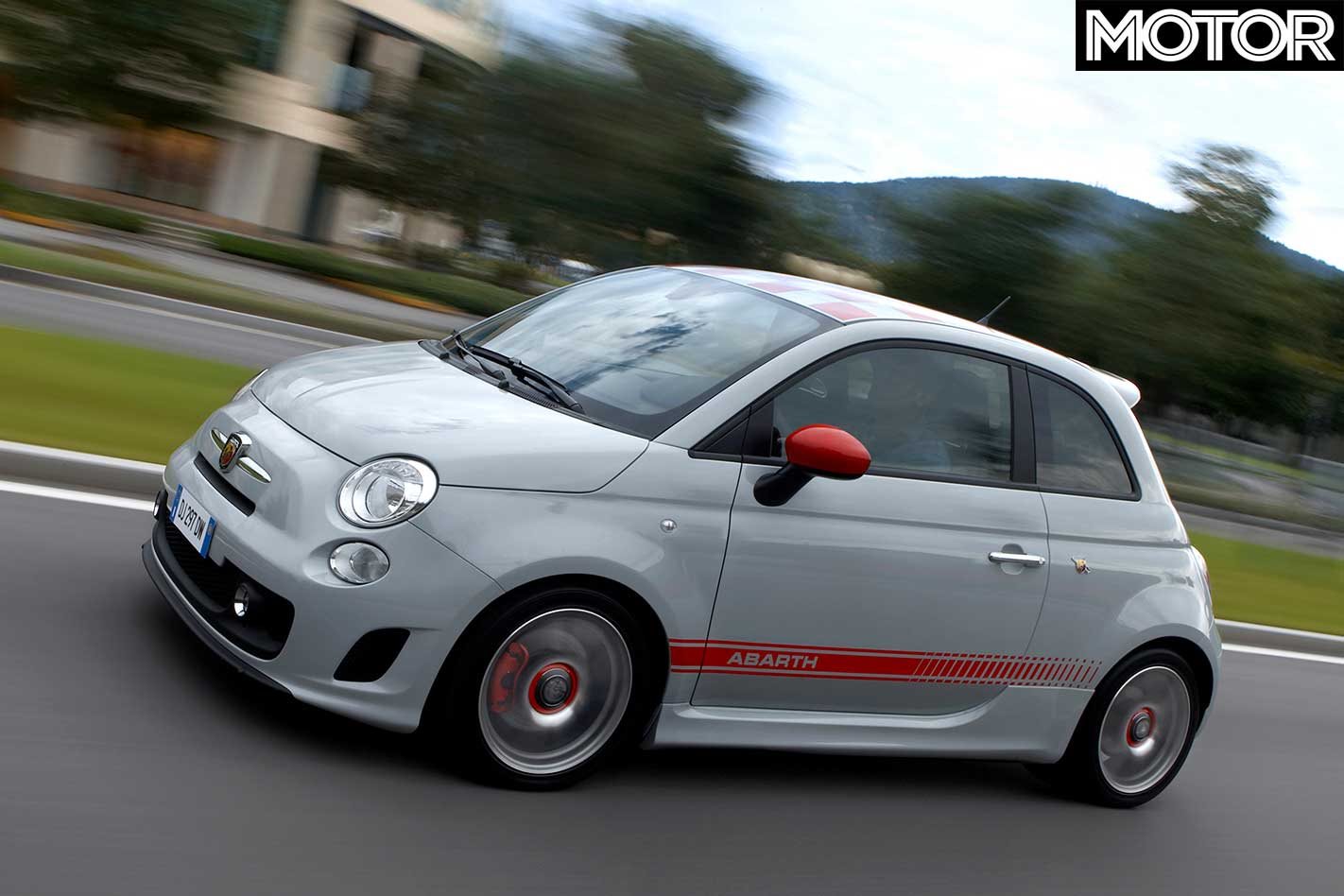 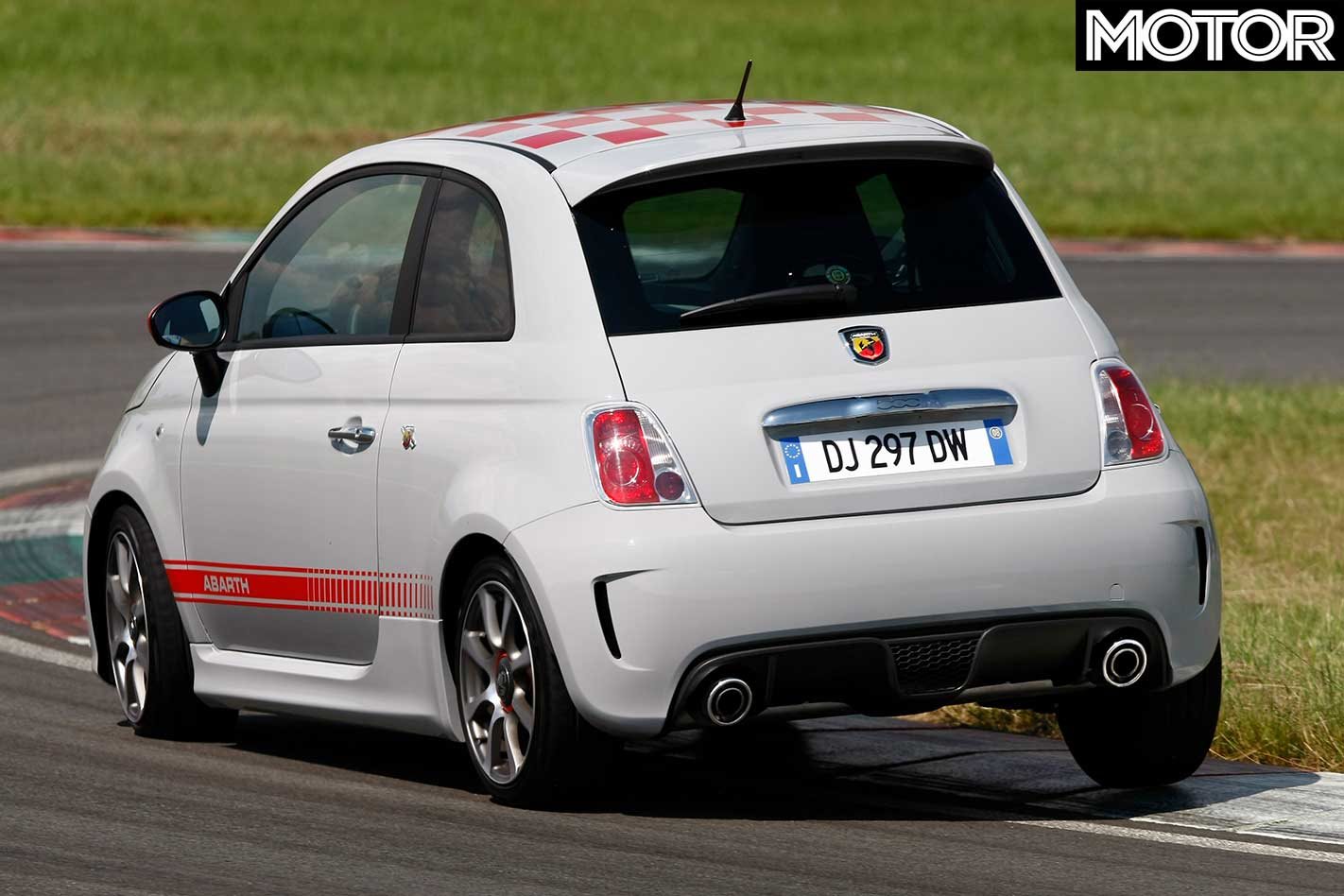 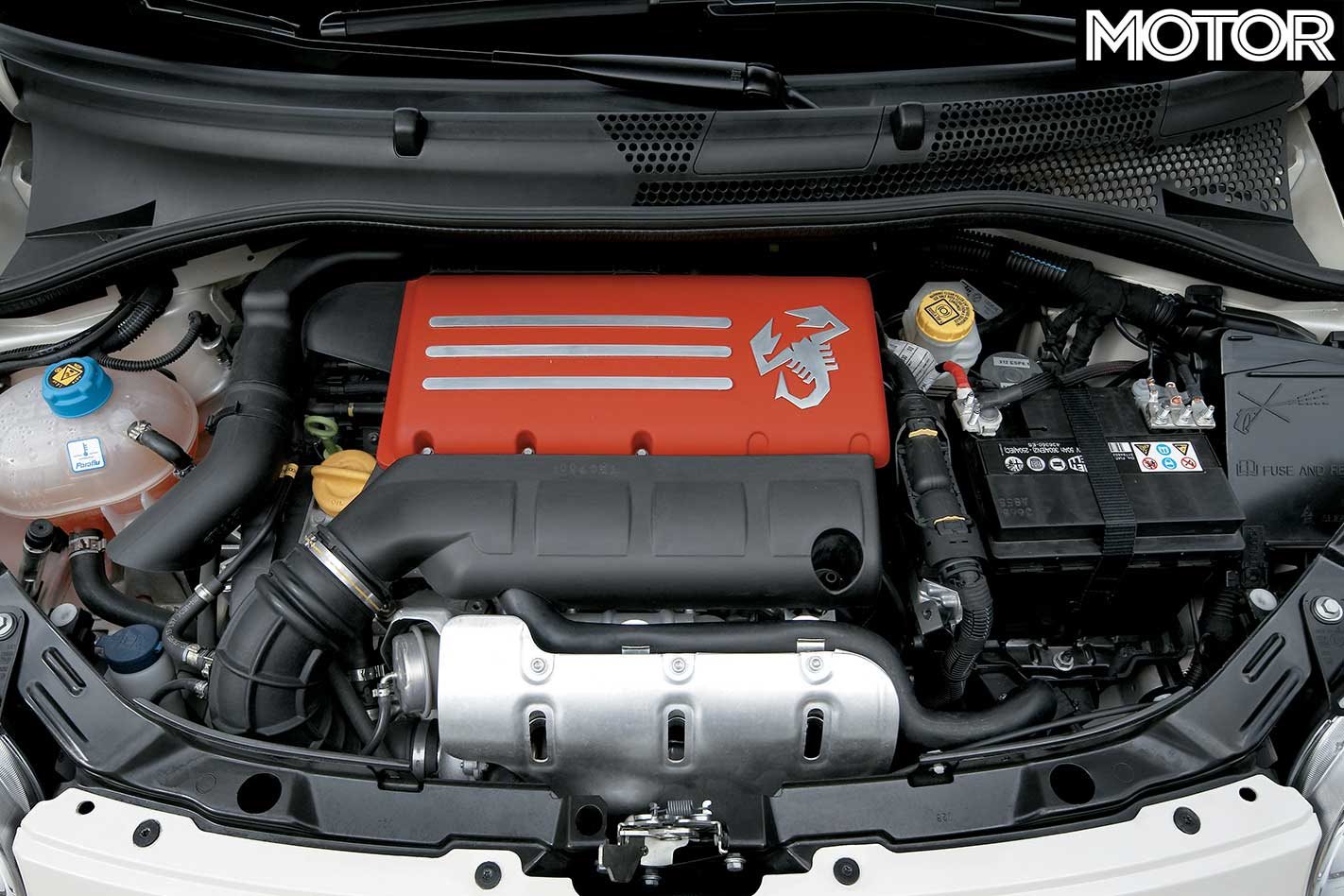 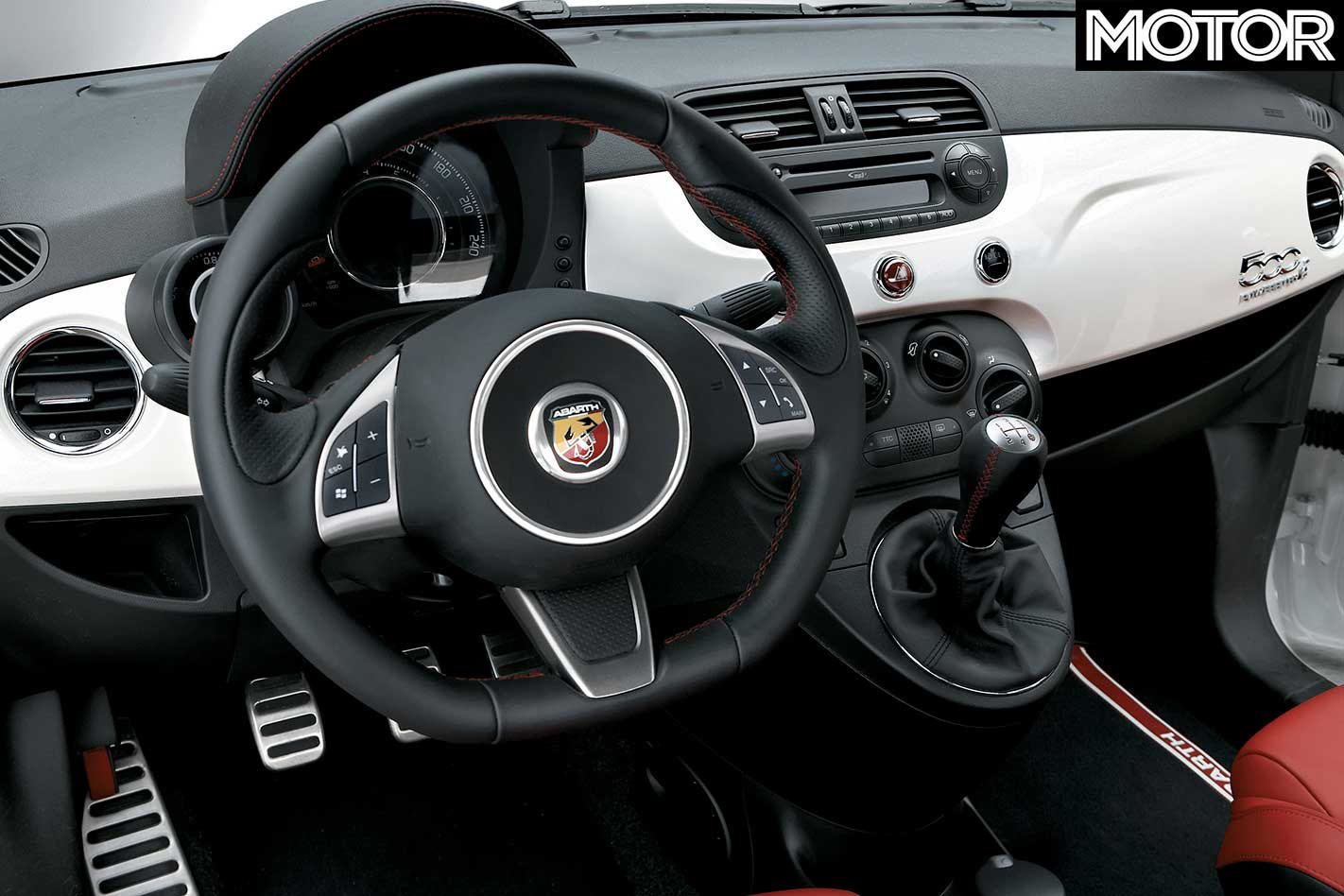 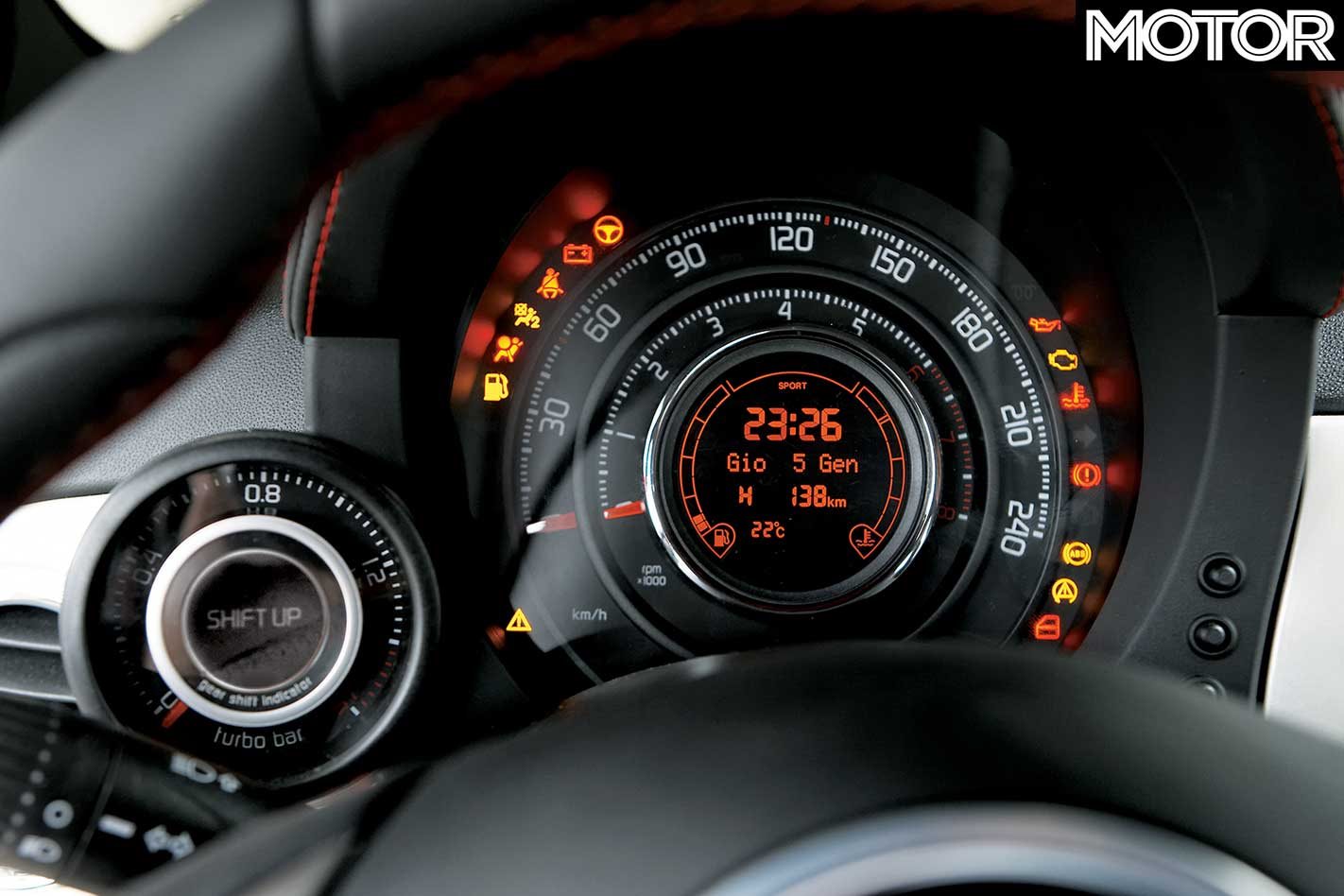