WHAT IS IT?
Small SUVs are a booming market, but most of them look and feel like boosted hatchbacks, while this is a more serious-looking option. It’s powered by a 1.6-litre naturally aspirated engine in the $29,500 manual-only base model, or a 1.4-litre turbo with a dual-clutch transmission at $32,500. For serious off-roading you can also get a Trail Hawk version, which rides higher, looks tougher and will actually go up hills thanks to a 2.4-litre powerplant.

WHY WE'RE TESTING IT
Because it’s a big new player in a hugely popular section of our market, and a potential volume booster for the already hugely successful Jeep brand. It’s already been a hit in Europe and Japan and is rolling out in America, where it will be seen more as a novelty car to buy your teenage daughter, because they don’t drive “trucks” this small.

MAIN RIVALS
Mazda’s CX-3 (from $19,990) is the classy class leader in the small SUV market and Honda’s slightly offbeat-looking HR-V ($24,990 and up) are the two obviously cheaper benchmarks, but neither of them really compete directly with the Jeep’s styling, or its mysteriously earned brand values. The people who will line up to buy the Jeep Renegade will see it as having no rivals at all (okay, maybe a Mini Countryman, but seriously, no one buys those). 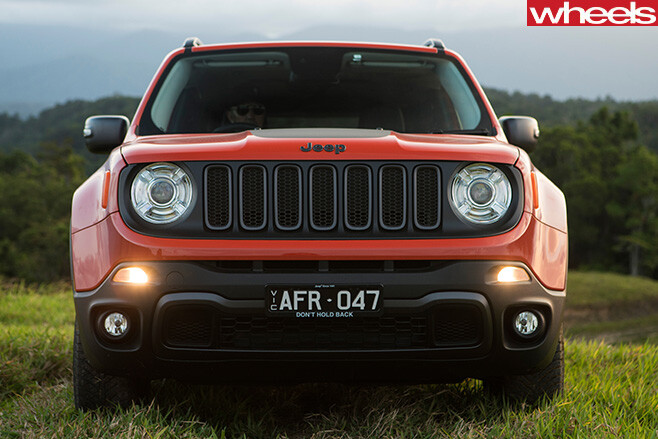 THE WHEELS VERDICT
Concerns about build quality, product recalls and the fact that bits of trim and some roof panels were already buzzing and vibrating on the launch drive should be enough to put off buyers, but you can bet they won’t be. The Renegade looks funky, pseudo tough and cool, inside and out, comes in bright colours and is, by the brand’s own description, a gateway drug to buying a Wrangler, something a lot of Kardashian fans want to do when they ‘money up’. It’s also spacious inside. No matter which engine you go with, however, you’ll be underwhelmed. A guaranteed sales success, almost in spite of itself, and its slightly ambitious pricing. 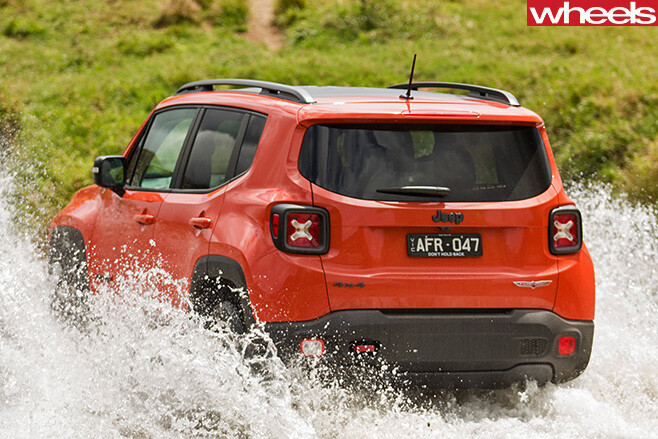 THE WHEELS REVIEW
IF YOU marketed a watch as being able to keep perfect time on Mars, or inside a volcano, there are some credulous fools who would buy it, just as there are people who will snap up the Trail Hawk version of the new, dinky-toy Jeep variant, the Renegade.

The idea of a shopping-cart-sized SUV that can tackle any trail (although not the famous Jeep-testing Rubicon, apparently) is patently absurd, like sending a toddler to climb Everest, but there are people who will buy the rugged Jeep Renegade, just so they can point out to friends what it’s capable of.

And, to be fair, they’ll buy it because they like its tougher looks, higher ride height, bonnet stripes and shiny red tow hook. Fortunately, even by Jeep’s own estimations, only 10 to 15 percent of Renegaders will opt for this $41,500 not-oft roader, despite the fact that it’s the only variant that comes with actual four-wheel drive, and an almost passable 2.4-litre “Tigershark” engine making 129kW and 230Nm. Yes, we did say $41,500. Jeep’s ‘sell ’em cheap’ pricing policy seems to have gone west with Renegade. 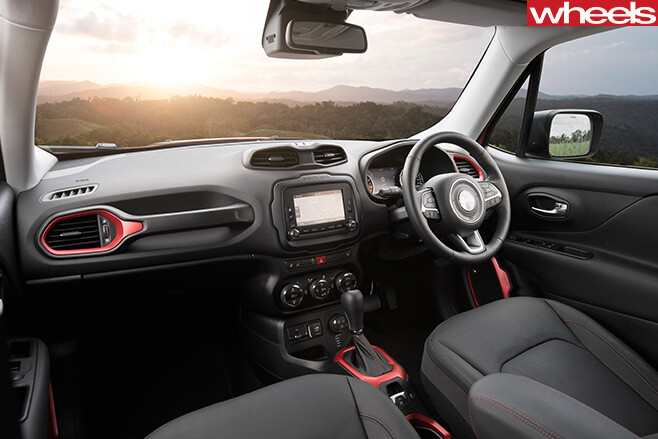 The other Renegade that almost no one will buy (less than 10 percent, which is probably an optimistic claim) is the $29,500 1.6-litre showroom-bait base model, with a manual gearbox, which is the equivalent of a camel toe for this car’s young, hip customer.

Most buyers, then − and there will be multitudes of them because this car looks and feels both tough and trendy and is backed by the advertising fairy dust that has made Jeep so popular − will opt for the $32,500 dual-clutch auto Sport, which comes with a 1.4-litre turbo engine that makes 103kW and 230Nm, which goes up hills about as breezily as a cyclist with his feet tied together (0-100km/h times are, perhaps unsurprisingly, “untested”).

It is a unique experience, though, to be able to drive along and tap your right foot in time with whatever music you’re listening to, without making any difference to your acceleration. You might be tempted to call this 1.4 underpowered, except that the 1.6 offers even less, at just 81kW and 152Nm. 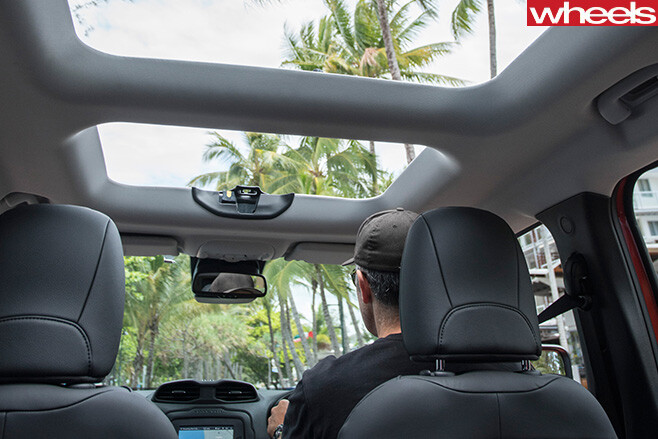 The Renegade is not exciting to drive, then, and it does favour body roll and understeer, but its steering is at least better than traditional Jeep offerings.

Also on the plus side, it looks fabulous and feels much better fitted out inside, although the fact that we found buzzing and rattling noises from both the optional removable roof panels − known as My Sky − and the dash in the launch cars suggests quality control might still be a foreign concept, perhaps a Japanese one, to this most American of brands.

While it looks small and cute, it’s surprisingly roomy inside (the roofline is higher than a Cherokee), with excellent rear leg room, but the boot space is barely big enough for the tool kit you’ll need to carry, just in case.

The new Jeep Renegade is very much a city SUV − although the Trail Hawk version can hack some proper off-roading (I still managed to bog it in a cane field) − and the fact that 90 percent of sales will not even have 4WD will not bother the market for this car at all. They’re buying an image, and the idea of off-road toughness, and they’ll buy it in droves, at any price.