Swedish brand’s new dawn begins right here with the stylish seven-seat Volvo XC90 SUV that takes up the challenge to the German luxury brands, starting with the Audi Q7 and BMW X5

Swedish brand’s new dawn begins right here with the stylish seven-seat Volvo XC90 SUV that takes up the challenge to the German luxury brands, starting with the Audi Q7 and BMW X5.

WHAT IS IT?
The second generation of the car that saved Volvo, the XC90 has to do it all over again with a new platform, new engines and new design language.

WHY WE’RE DRIVING IT
This is Wheels’ first drive of the XC90 on Aussie soil. And, appropriately, it’s in politically charged Canberra with its mix of rough, winding roads, smooth corridors and take-no-prisoners pollies. It’s question time for the largest Volvo SUV.

THE WHEELS REVIEW
THIS is a new era for Volvo. Car companies often wax lyrical about new dawns, but the Volvo XC90 is off a slate that’s as clean as they come. 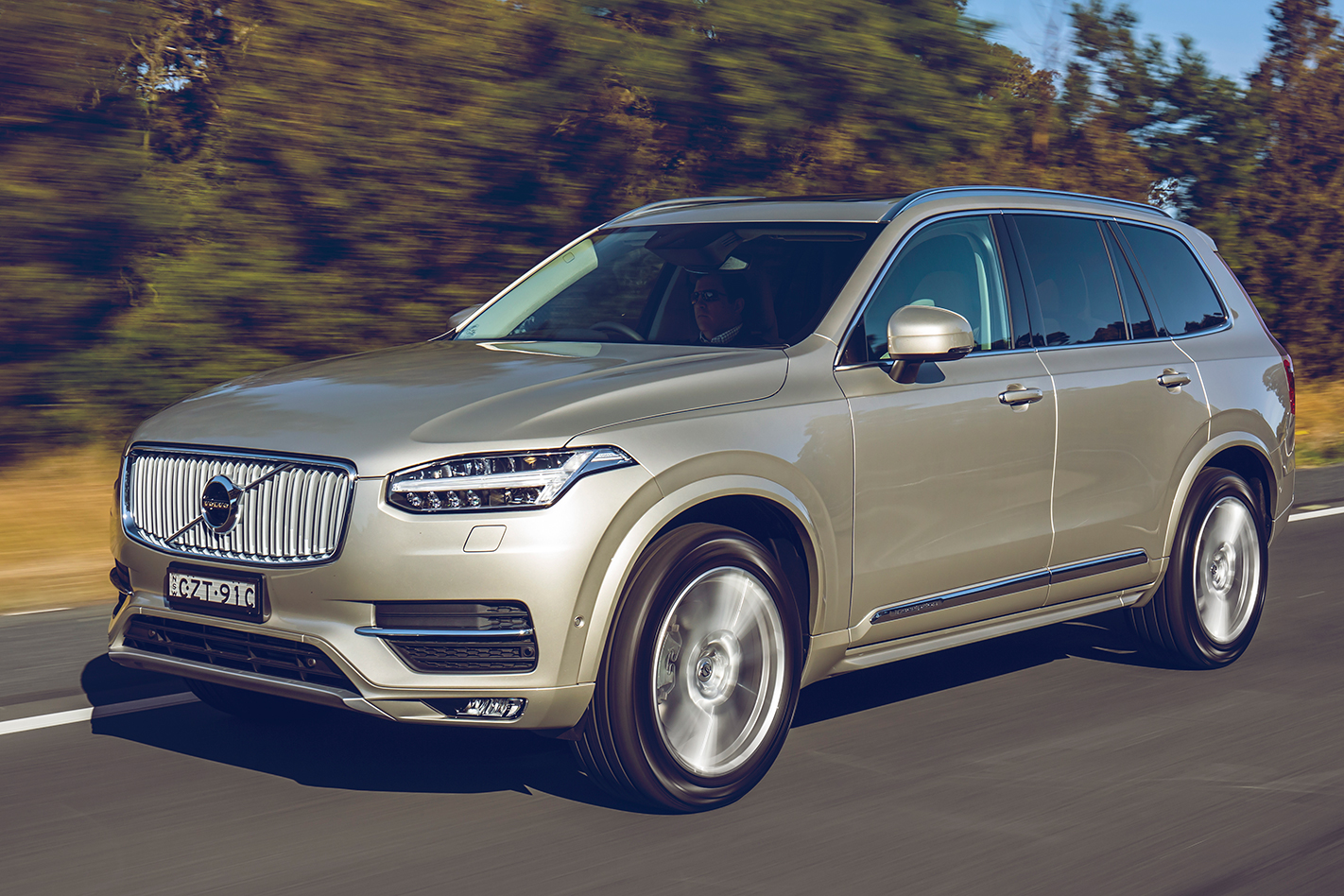 The smooth new design is distinctively Volvo yet with Ingenlath’s VW lineage evident in the clean, smart shutlines.

The most popular model is expected to be the $96,950 Inscription D5 (about 60 percent of sales), which is the mid-spec model that rides on 20-inch alloys, has leather interior and can be picked by its chrome grille. 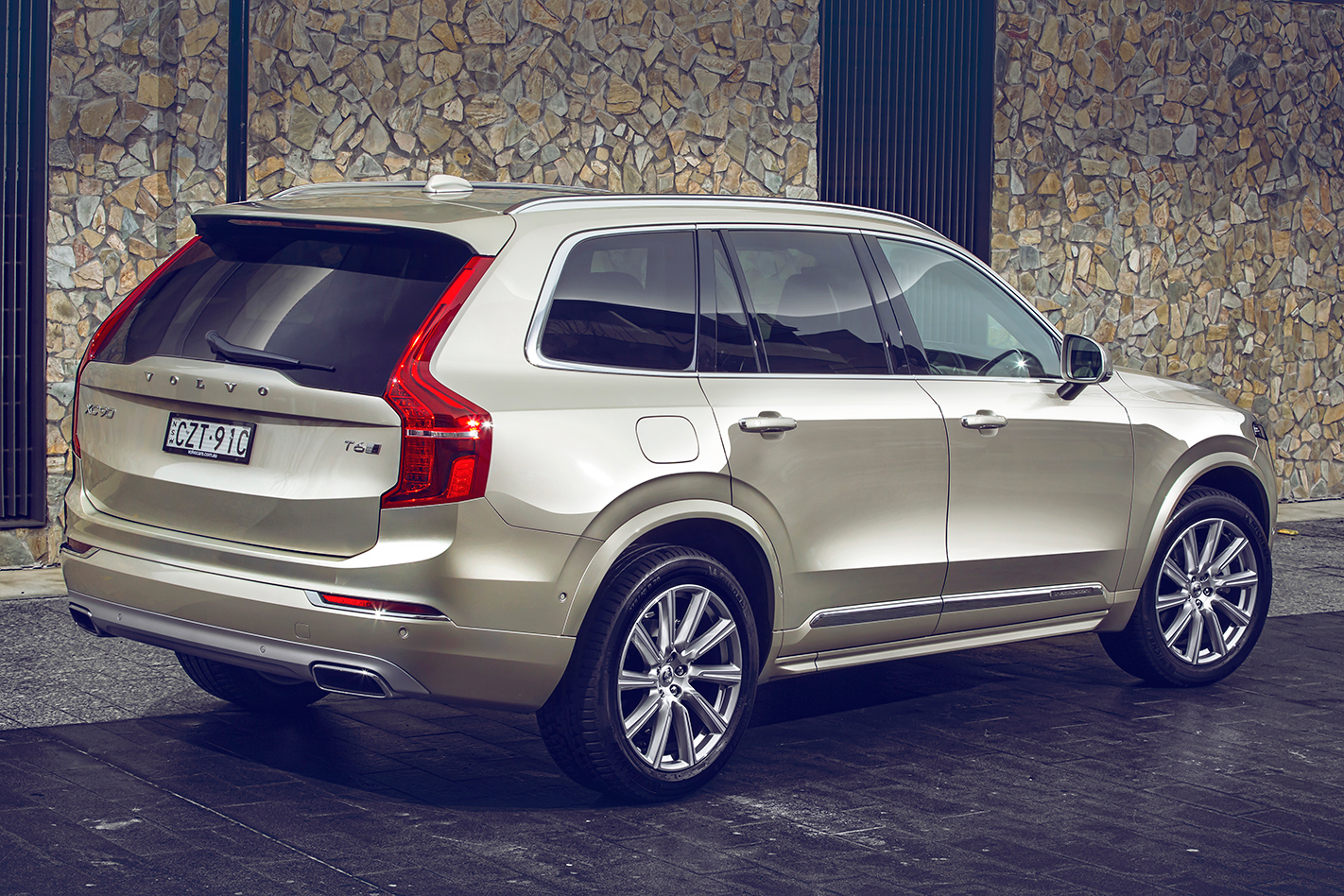 On paper, it struggles to match the equally new Audi Q7 3.0 TDI.

The interior of the XC90 reeks of effort, with stunning attention to detail. The surfaces, fit and finish are top-shelf, with perforated leather seats that are six-way adjustable (with electronically adjustable bolsters). 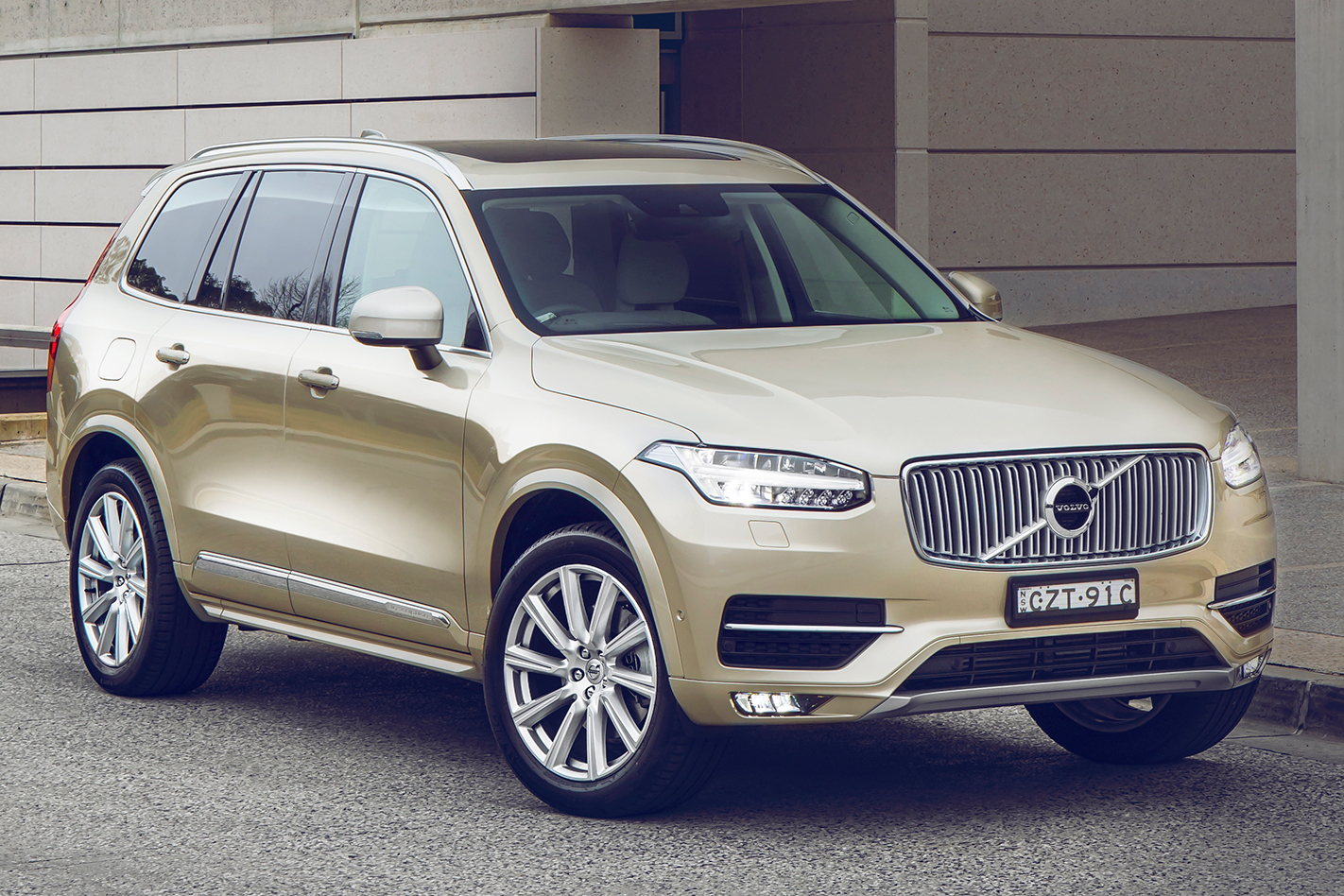 It has an excellent driving position, large mirrors and cool design touches including a rimless centre mirror. All-round vision is excellent, and the digital instruments are crisp and clear.

The dash has been designed around a superb nine-inch centre touchscreen. It performs like a tablet: you swipe its menus, which are simple and intuitive, and the haptic touch means you can even wear gloves or tap it with your fingernails – clever.

It also helped the designers de-clutter down to eight physical buttons. 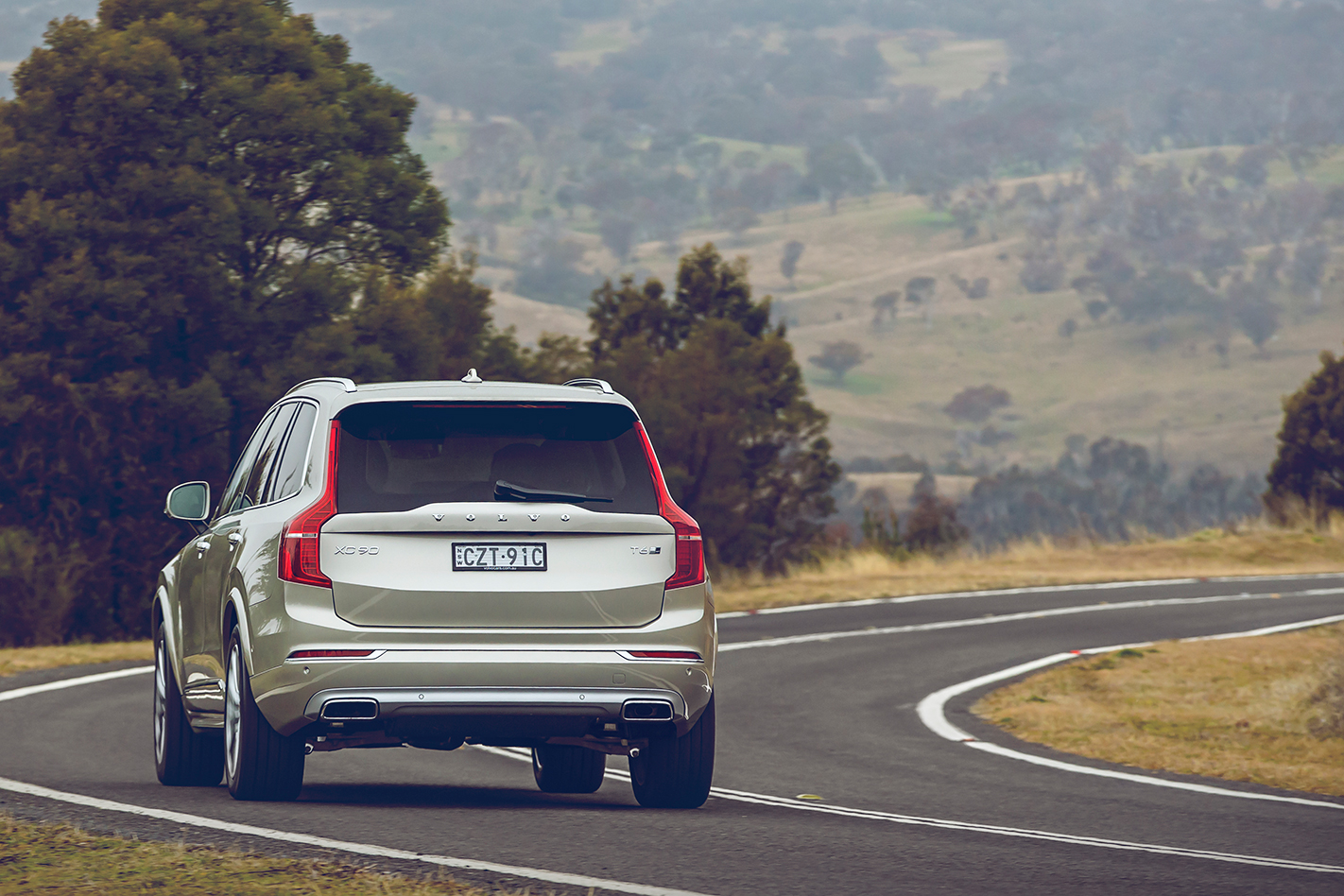 The stalks are solid and feel premium, and the steering wheel has the rest of the menu at your fingertips. Add the optional head-up display and it’s tough to beat.

To start the car, you now turn a nicely textured knob in the centre console next to the gear lever.

At idle the engine is smooth and quiet while on the road, you wouldn’t know it’s a diesel from its grunty sounds, but you do from the strong torque. 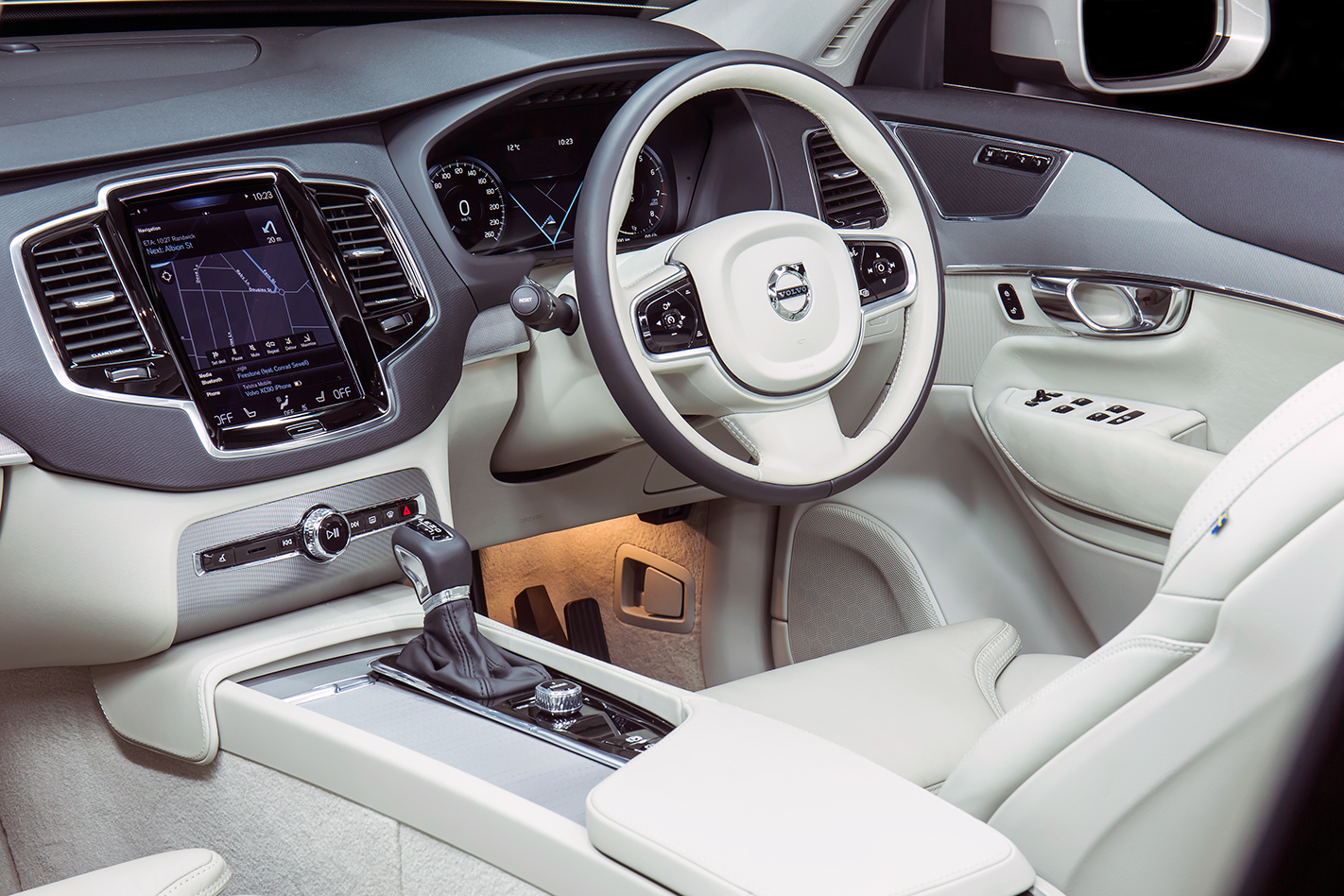 The eight-speed auto changes gears seamlessly. Response is good, but kickdown from the throttle is far too slow to be called sporty.

Our test car rode on standard 20-inch Michelin-shod alloys and was equipped with the optional ($3600) air suspension. Don’t bother ticking this box; while it gives the XC90 a cloud-like primary ride, it’s sharped-edged over bumps and robs the vehicle of any composure.

Volvo talks up the compliance offered by the double-wishbone front end and the integral axle rear end – which provides a larger boot (2427 litres) and genuine space for adults in the third row – but there’s far too much head-toss and constant input in the steering even in a straight line with the soggy air set-up. 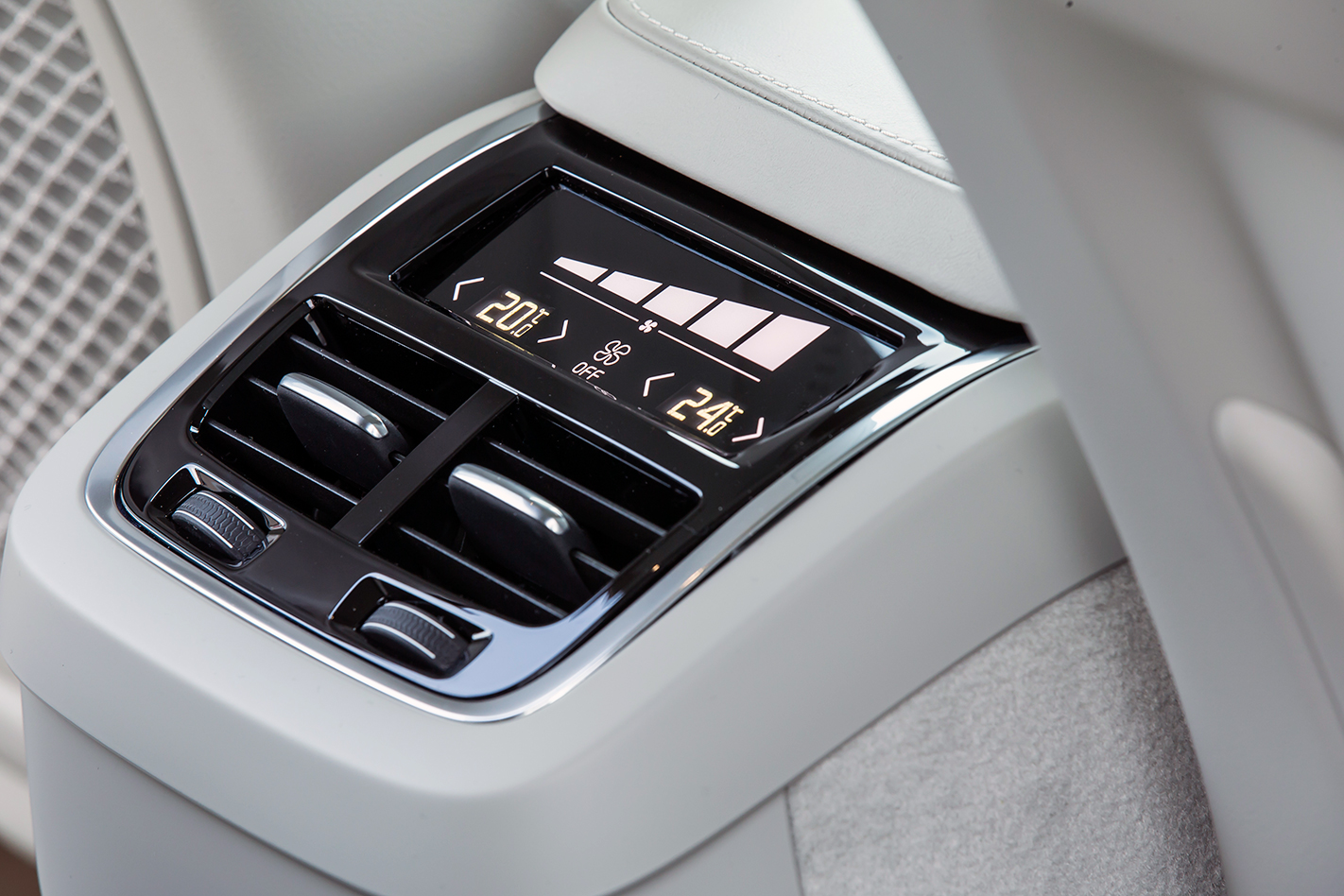 On standard ‘Touring’ springs, the XC90 is far better, yet still lacks composure and that head-toss, while lessened, remains. There’s too much nose-lift under throttle, and too much dive under brakes.

Change of direction is also a moot point, with too much body roll, even for a large SUV.

The steering weighs up oddly, and its lack of consistency is a menace on winding roads.

At least around town the previous model’s stadium-sized turning circle is gone, now a reasonable 11.8m for a 4950mm-long SUV. 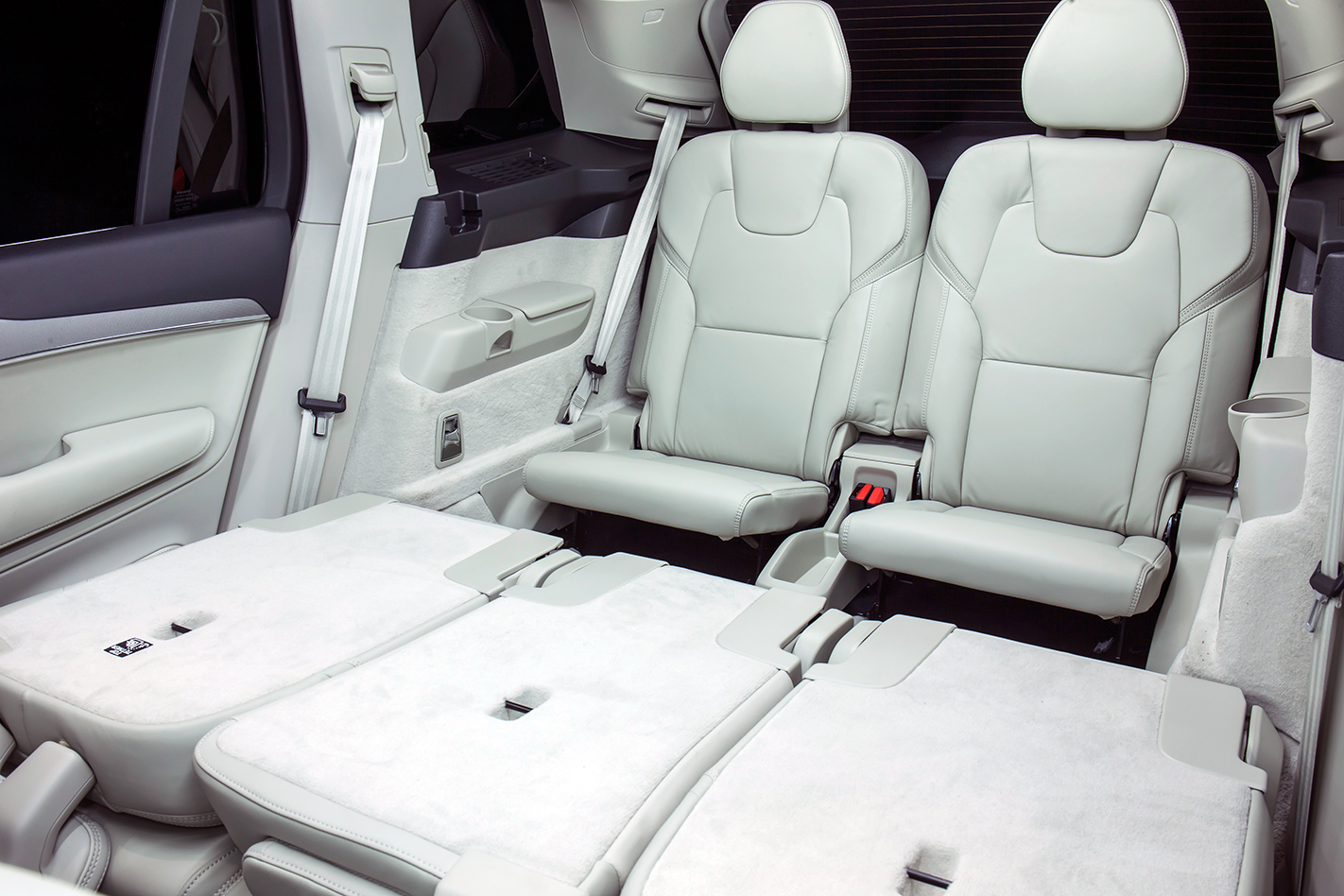 The XC90’s dynamics, then, are generally adequate rather than athletic, and may prove a stumbling block for SUV buyers looking for entertainment as well as extra space.

Granted, it’s loaded with airbags and a 5-star Euro NCAP rating, while refinement is good – there’s too much road noise for it to be class-leading – and the overall execution pleasant, but the XC90 fails to knock your socks off. A hit, but not yet a knockout.