Some Fiat 500 Abarths cost truly ridiculous money, but on balance we’re glad cars like the unhinged 695 BiPosto exist – if there’s one thing the fast car world needs more of, it’s mad scientists who put racing gearboxes and Lexan windows in a tiny city car, even if it will cost you $100,000.

In the past, a tax on those who listen to impulse over their better judgement has worked in the Abarths’ favour; the price is so far north of apparent rivals that comparisons almost didn’t make sense.

That was until Abarth created the new cut-price, entry-level model, the 595. At $27,500, it’s some $6500 cheaper than the previous base Turismo, the 595 ditching 17s for 16s, bolting in basic cloth seats and giving up a little grunt along the way. 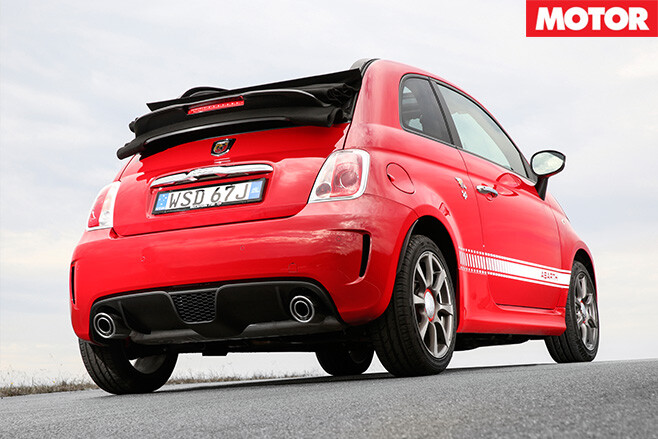 You still get a five-speed manual and turbo 1.4-litre four with 103kW and 206Nm – although we’ll resist teasing it given it weighs only 1042kg.

Like every other Abarth, you sit quite high in the 595, a cramped pedal area also making it tricky to get comfortable. While the interior is an ergonomic disaster zone and quite low rent in places, visibility is great and being a small car with short gears that make the most of its 103kW, it’s impossible to feel bored zipping around the city in the 595, chopping up traffic like Mario Kart in easy mode. As a bonus, it’s a cinch to park (though its turning circle is appalling). 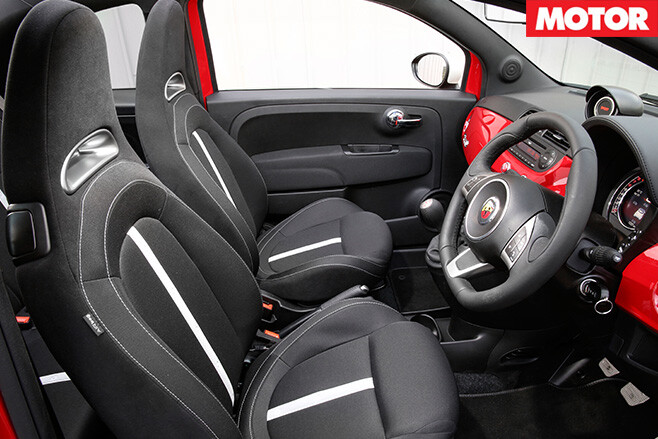 It also sounds pretty cool; with a throaty exhaust at lower revs, it’s a bit funny in underground car parks when you think a bigger, badder car is coming – and then a little Fiat zips around the corner.

While it’s fun in the city, unleash the 595 on quicker roads and you immediately notice this is no Ford Fiesta ST, VW Polo GTI, or Renault Sport Clio. Not only would it be left for dead by all of them in a straight line, the 595, like most other Abarths, lacks serious chassis sophistication. 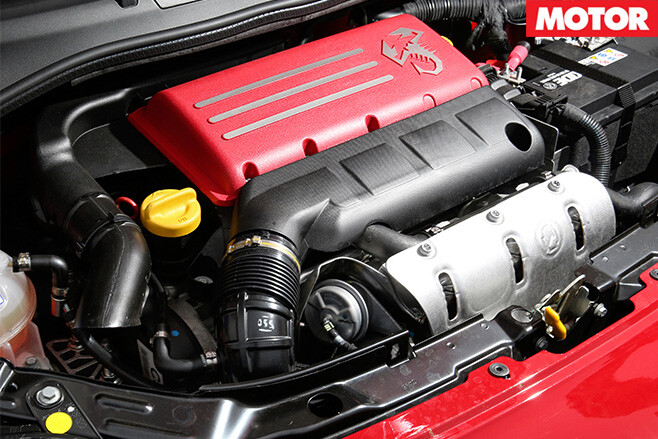 It’s not an enormously bad thing that the ESP doesn’t have a Sport mode, let alone a button at all, because this is a car best enjoyed at six or seven tenths. Which is kind of a shame; it has a likeable engine and enough power to have low-speed traction issues, despite the front brakes allegedly simulating a limited-slip diff.

Though the cheaper price is the main impetus for the 595, to some extent it’s still fundamentally too expensive. It’s swimming in a tank full of sharks like the Polo GTI, Fiesta ST, Clio RS and even the Peugeot 208 GTi – and the food chain is working against it.

There’s no doubt the 595 has a bigger personality than all of them. 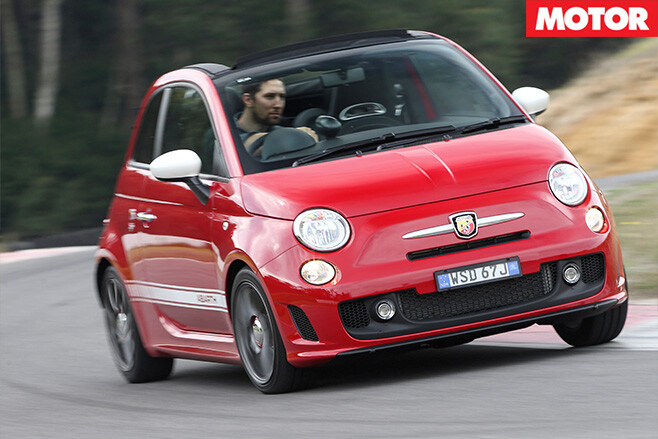 It’s gregarious and has a big heart, but as a performance car, it is equal parts fun and flawed. If you like going for long drives, or the track, there are far better performance cars for the price – or even cheaper. And that’s really the short of it. M