The fastest BMW road car ever. But the best?

The BMW M4 GTS is this year’s helping of Bavarian temptation for anyone who’s been in the market for a Porsche 911 GT3 RS or a Mercedes-AMG GT S and who’s ready for a change.

Clearly track-intended but road-legal, the BMW M4 GTS is the fastest-accelerating production M car to date, pipping the M6 Competition to 100km/h by a tenth of a second.

It’s also almost double the price of an M4 Competition. And it’s already sold out. Just 700 will be built, with almost half going to the US, while Australia’s allocation doubled to 25 cars after customers threw cash at BMW Australia in vast quantities. 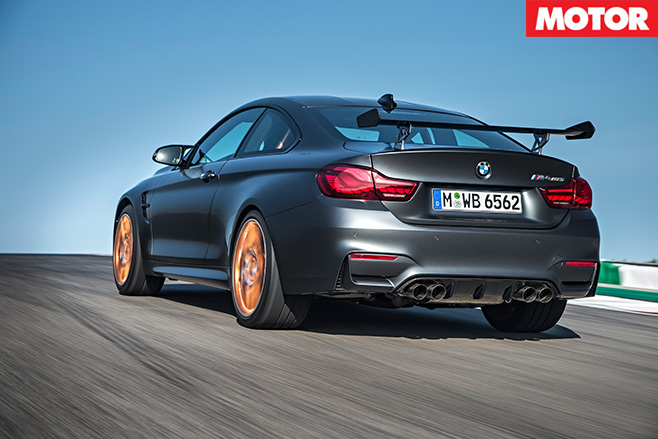 The GTS builds on the collective genes of a long list of predecessors going all the way back to the original 1980s E30 M3 Evolution. It gets more power, less weight, new aerodynamic add-ons, specialised adjustable suspension and retuned electronic aids. So far, so familiar.

But the new car’s key mechanical asset is a water injection system for the 3.0-litre twin-turbo straight-six petrol engine. It sprays vapour into the intake plenum at high revs, cooling and condensing the fuel mixture enough to allow boost pressure on the car’s bigger turbochargers to be turned up without risking lunching the engine. And because it reduces peak thermal loading, BMW says it actually makes your engine last longer than that of a standard M4.

The car’s weight-saving program has been far-reaching. Alongside the standard M4’s carbonfibre-reinforced polymer (CFRP) roof, the GTS gets a CFRP bonnet and bootlid, as well as the extendable CFRP front splitter, the three-position CFRP spoiler scaffolded deliciously onto its rump, and the equally wicked rear diffuser. 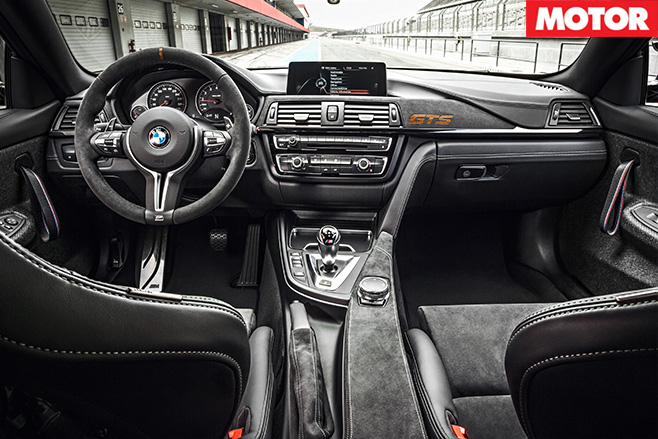 Inside, the back seats have been jettisoned and lightweight carbonfibre buckets fitted up front, while the dashboard support, door trims, transmission tunnel console and rear bulkhead have all been respecified in CFRP. You can even have optional carbonfibre wheels, saving 7kg over the standard forged aluminium rims, which sit outboard of standard pizza tray-sized carbon-ceramic brakes.

Suspension is by KW Automotive and is manually adjustable through 15mm for ride height and myriad settings of high- and low-speed bump and rebound damping. The forged aluminium control arms are shared with the standard M4, but there are new rigid mountings and ball joints throughout the suspension and steering systems. BMW’s standard tyre is a Michelin Pilot Sport Cup 2 of 285 section on the driven rear axle.

It only took seven laps of the Circuit de Catalunya to establish that this is a very special car. Not quite compelling enough to trade in your GT3 RS for, perhaps, but almost that good, in all sorts of ways: grip level, cornering balance, adjustability, handling precision, control feedback and ultimate driver reward. It’s very close to the Porsche for out-and-out lapping pace, too, and from where the current M4 started out, that’s quite some achievement. 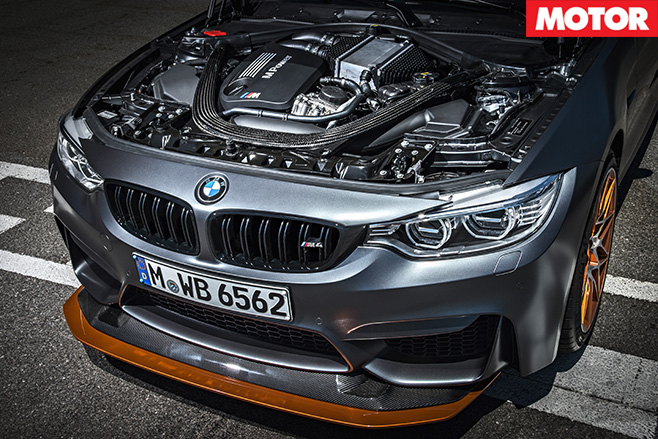 Start the engine, punch the accelerator and listen. The noise of BMW’s straight six, filtered through a new titanium quad-pipe exhaust, is louder and more rasping than before, spitting and crackling on the overrun. All you’re hearing is exhaust behind you and combustion ahead, by the way. BMW has turned off the Active Sound Design speaker-borne engine note fakery of its series M cars here, and it turns out that its twin-turbo six isn’t so bad to listen to after all.

The steering is uncompromisingly heavy, although it’s probably lighter with the suspension set more moderately than that of the launch cars, which were at rock-bottom ride height with dampers close to maxed-out. Select the angriest settings for the seven-speed dual-clutch gearbox, electronic LSD, traction control and engine management systems, and the rear wheels will spin up momentarily under big throttle openings and on cold tyres as you move off, giving instant attitude to deal with if the car isn’t quite tracking straight.

We’re rolling then, in third gear. Feeding the accelerator all the way to the floor beckons a power delivery that doesn’t have the drama of a great naturally-aspirated engine and isn’t quite as potent in outright terms as some at the same price level (think Nissan GT-R Nismo, Porsche 911 Turbo S). But the mid-range torque comes in crisply enough to feed in with metered precision – which is arguably what matters most in a track car – while the high-rev power is more than enough to put the car into super-sports territory. 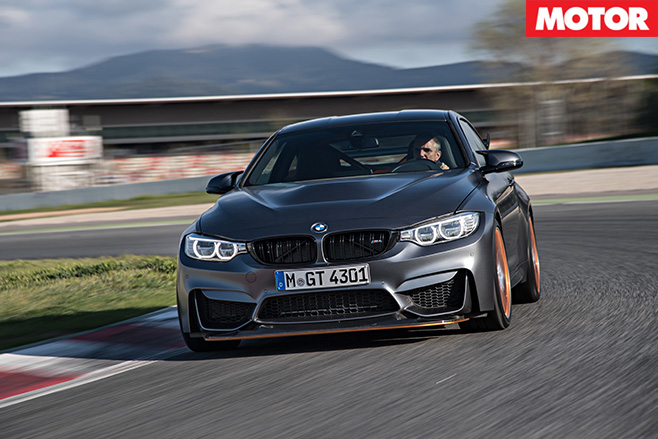 A slightly faster-acting, firmer-shifting paddle-shift gearbox would enhance your enjoyment of the whole powertrain, though, the BMW M DCT acting just slowly and softly enough to make you aware of its shortcomings.

Attacking a few corners on warmed-up rubber brings the car’s steering to life even more vividly. There’s an unmistakable sense of weight in the nose and a feeling of dependable high-speed stability about the handling.

Perhaps BMW’s choice of chassis setup has teased a little bit of extra understeer out of the on-limit responses today, for the protection of us unfamiliar test drivers and in anticipation of rain. But I bet you could set the car up to be more pointy. In fact, that’s entirely the point.

As it is, you need to do nothing more than take a smooth, steady line towards the apex to feel that sensational steering load up as lateral forces squash into the sidewalls, then pick your exit, lay on some power and feel the car pivot and point smartly away along your intended path.

The wheel is tactile, talkative and alive in your hands, the body flat and hunkered down on the outside rear tyre, but still working all four hard.

Outstanding camber control clearly maintains a broad contact patch under the front wheels, so those final few degrees of steering correction just before the apex mean as much as the first few on turn-in. The rear axle can be delicately mobile, too, I suspect. This is an M3 (to use BMW’s new nomenclature feels like an even greater betrayal of the car’s lineage here than it ever has) as you’ve only ever hoped it might be. 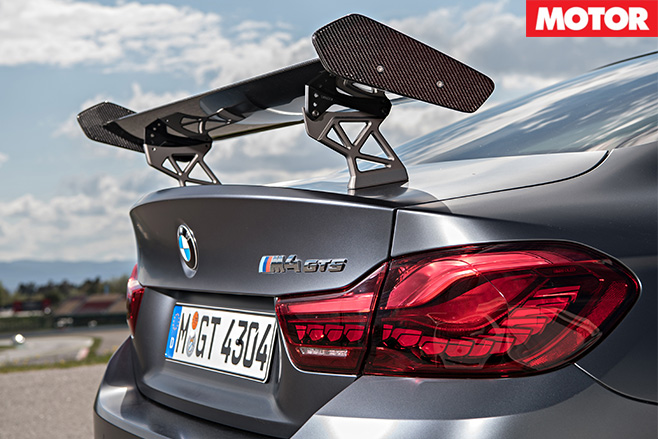 Meanwhile, the stability and traction control systems – when engaged and set in Sport Plus mode – allow just enough torque at the wheels to pitch the car gently neutral and make the handling engaging, but they also work brilliantly to save you from the unwanted consequences of a sudden surge of boost – or bravado.

So is all of the above worth swapping your current track day plaything and paying a tidy premium for? Depends on the premium, I suppose, and $295,000 already seems like quite a chunk of change for an M3 – but it certainly could be.

This tester wouldn’t give up a 911 GT3 RS for the M4 GTS, the Porsche having a stellar engine to match its stellar track handling. But a Black Series AMG, an upper-level Audi R8 or Nissan GT-R Nismo? I might. 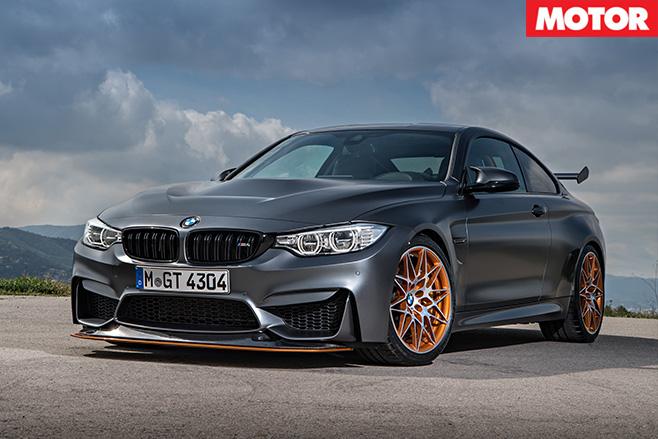 There’s something quite unlikely, and hard to resist, about the way that BMW M has made such a convincing Porsche-baiting track car, and an M3 of dreamed-of abilities, out of a standard sports coupe that leaves a bit to be desired.

The M4 GTS is a flawed diamond polished and perfected to a glittering lustre – and who wouldn’t want a piece of that? 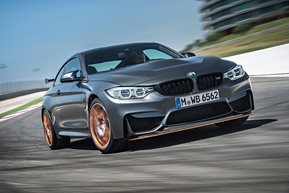