Driving the turbocharged Porsche 911 Carrera on Tasmanian roads shows it is more potent than ever. But has it traded away character?

Driving the turbocharged Porsche 911 Carrera on Tasmanian roads shows it is more potent than ever. But has it traded away character?

WHAT IS IT?
Controversy, wearing four wheels and a Porsche badge. Porsche has changed the recipe of its sportscar icon, the 911, by ditching the Carreras’ high-revving 3.4- and 3.8-litre naturally aspirated engines in favour of, gasp, smaller turbocharged units. 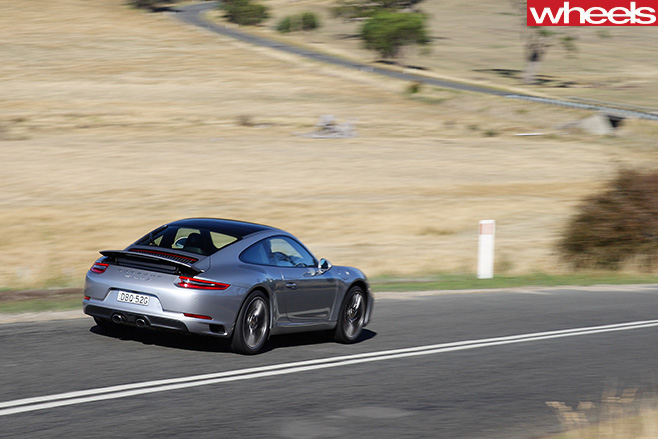 WHY WE’RE TESTING IT
To see if the switch to turbo power has ruined one of the most complete and iconic sportscars in the business. Porsche made available a fleet of new Carreras (manual, PDK, Coupe and Cabriolet), on some of Tasmania’s best roads. 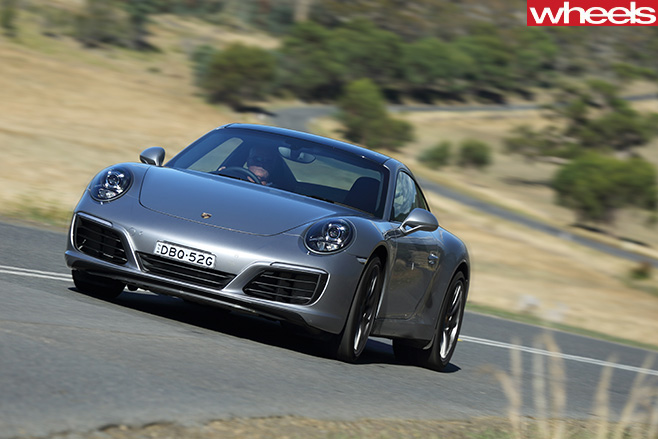 THE WHEELS VERDICT
Every time Porsche fettles the 911, the purists cry out in despair. No other sportscar is as fiercely protected, and ditching naturally aspirated engines for turbo power is a significant change. But the purists shouldn’t panic. The 911’s new 3.0-litre turbo six is a proper Porsche engine. Sure, it mightn’t sound quite as good or rev quite as hard, but it’s more efficient, it’s linear in its delivery and it’s more powerful. 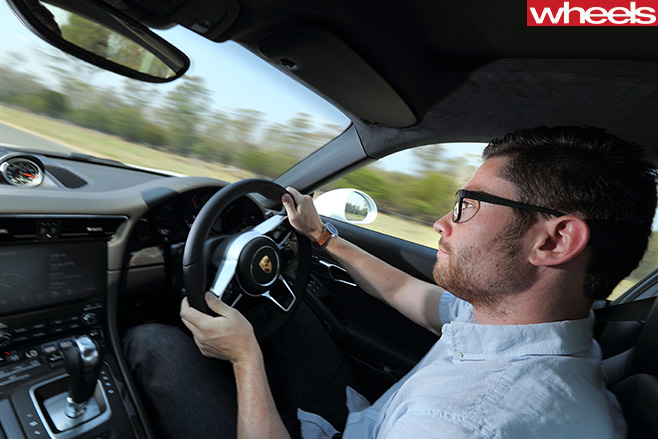 THE WHEELS REVIEW
I’VE SAT in this facelifted Porsche 911 Carrera for less than two minutes and already there’s a noticeable difference. Not in the way it looks – those changes are much more subtle – but in the way it sounds. Squeezing the throttle results in a whistle of compressed air, clearly audible above the familiar flat-six growl. It’s quiet, like a whisper, and it’s a sound that fills me with trepidation.

Unless you’ve fallen off the planet, you’ll know Porsche has turbocharged the Carrera. Purists have been moaning about it for months, and rightly so. No other sports car is as fiercely protected as the 911, and now, after 53 years of dogged naturally aspirated tradition, Porsche has switched to a new 3.0-litre twin-turbo flat six. 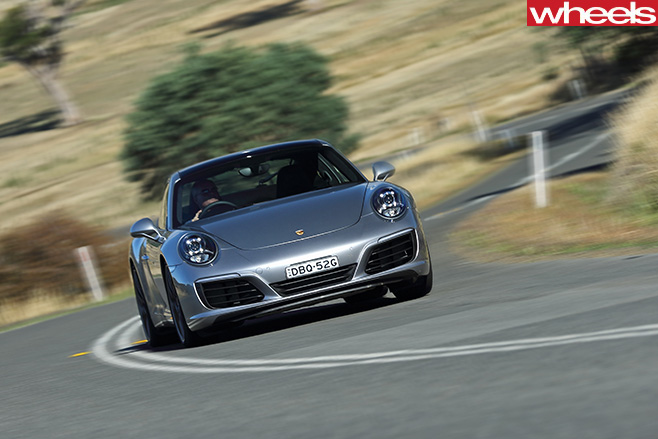 The same engine powers both the Carrera and the Carrera S, and the on-paper benefits are obvious. Power is up 15kW/60Nm in both cars, so the Carrera now produces 272kW/450Nm and the S 309kW/500Nm. It’s quicker from 0-100km/h too, down to 4.4sec for the Carrera and 4.1 for the S, in optional 7-speed PDK trim. Fit the optional Sports Chrono pack, though, and the S manages 3.9sec, making it the first Carrera to crack a sub-4.0sec sprint. 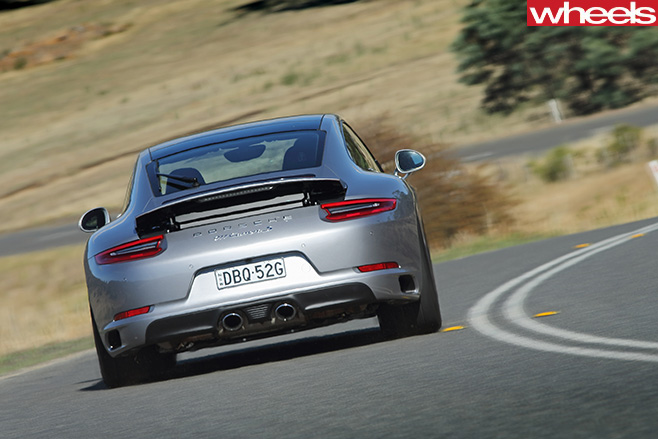 So the turbo logic is sound, but still a nasty, ugly question lingers:  what if they’ve ruined it? What if, more than switching from air to water cooled or dropping hydraulic steering for electric, turbocharging has ripped an irreparable hole in the fabric of the Carrera’s DNA?

Time to nail the throttle. Hard. Second gear, right foot pinned. I’m in a base Carrera PDK and the new donk responds instantly from 2000rpm, the power delivery is linear and the noise, as the flat-six howls to its 7500rpm redline (which is just 300rpm less than the old rev-happy atmo donks), still has that unmistakable flax-six rasp. It’s an experience eerily similar to the old car, but drive it more and differences begin to surface. The bottom end of the rev range is more muscular and there’s so much extra twist, you quickly find yourself blasting through corners a gear higher than you would have in the old car. 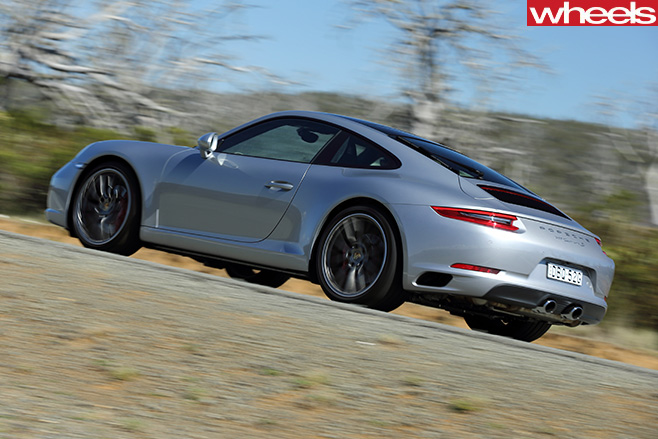 The new engine then, is a proper Porsche product, but what has changed for the worse is the sound. Swapping to the S Cabriolet and dropping the cloth roof only reinforces what’s been lost. It’s not a bad noise; it’s just a bit… flat. And that’s with the optional sports exhaust fitted. The spine-tingling effervescence of the old atmo engines as they fizzed above 6000rpm is gone.

The consolation, though, is a significant boost in speed. Acceleration numbers are one thing, but on twisty Tassie roads the base Carrera and particularly the even more ferocious S are seriously rapid. 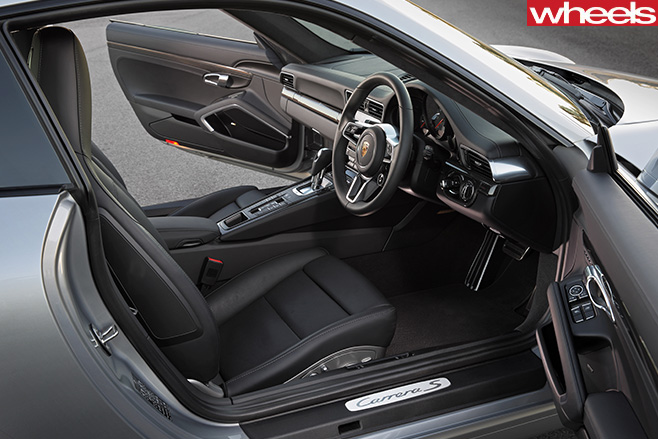 Fatter rear rubber transfers the grunt to the road, bigger brakes provide superb stopping power, and Porsche’s Active Suspension Management (PASM) system, which lowers the ride height by 10mm and adds adaptive dampers, is now standard.  So all of the Carrera’s unique rear-engine handling traits remain. You can even option four-wheel steering on S models, though none of our launch cars had it fitted. Inside there’s a brilliant new sports steering wheel, and the infotainment interface has been upgraded with a 7.0-inch touchscreen and greater connectivity.

So has the switch to turbo power ruined the 911? Hardly. Porsche has transitioned to turbocharging so seamlessly that this new Carrera is not only more efficient, but also grippier and noticeably faster. Yes, some of the magic and rawness of the old car is gone. But all things considered, the trade off is a just one. 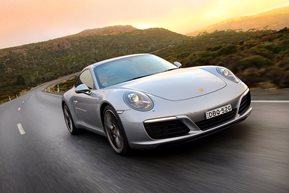