The P90D is the quickest Tesla to date, and the latest software updates open the door to Ludicrous mode, Autopilot and self-parking. We get behind the wheel and play beta testers.

WHAT IS IT?
The benchmark high-end electric car just became a good deal smarter. The Tesla Model S P90D sees a pair of the company’s most powerful electric motors fizz it to 100km/h in three seconds flat. If that party piece isn’t enough, it will even drive itself, up to a point.

WHY WE'RE TESTING IT
We’ve driven earlier versions of the Tesla Model S but the opportunity to guinea-pig the first release of the Autopilot software, and experience the otherworldly acceleration of the P90D’s Ludicrous mode on Aussie roads, was something we just couldn’t pass up. 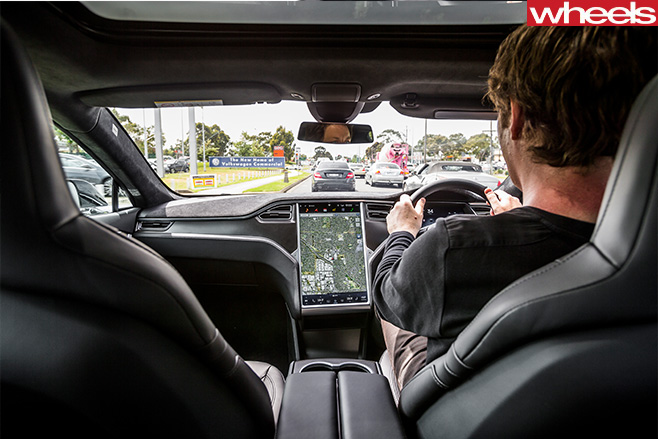 THE WHEELS VERDICT
No production car can astonish quite like the Tesla Model S P90D. For better and for worse, it’s clearly built by a company with no significant heritage in vehicle production. Autopilot and Ludicrous mode together combine to make internal combustion rivals feel utterly antediluvian. 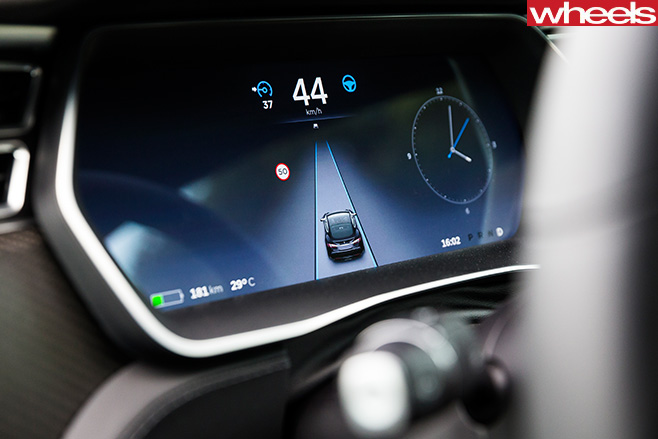 THE WHEELS REVIEW
THE first time you double-tap the cruise control to switch on the Autopilot system of Tesla’s Model S is an act of blind trust. You’re putting yourself in the hands of the coding skills of Elon Musk’s best and brightest.

The steering wheel begins making tiny adjustments of its own accord, the instrument panel draws a lock on the vehicle ahead, and you can take your hands off the wheel and relax. You can, but Tesla doesn’t recommend this, covering itself by claiming you should keep your paws resting on the tiller at all times.

The thing is, Autopilot seems so bloody good that, after a short while, you gain faith. The way it scribes an arc around sweepers without pinballing from left to right within its lane is hugely confidence-inspiring, as is the way the radar cruise control holds station with traffic up the road, the distance driver-selectable. 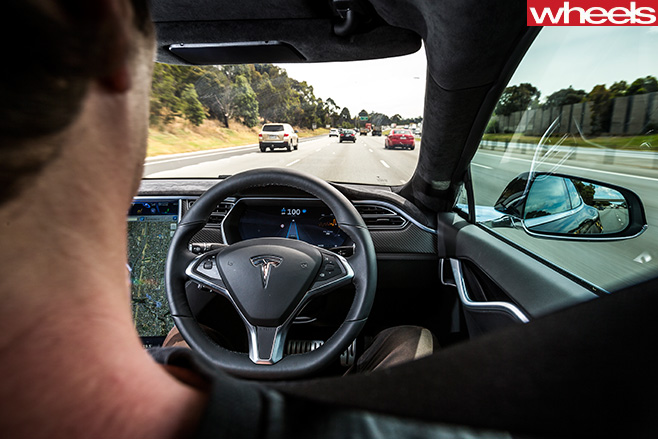 What’s not quite so reassuring is the way the lane-change system lets you move just slightly too far to the edge of the next lane before it catches the car and straightens up. Here in Australia, we don’t get the US-spec ability to just click the indicator with the car doing the rest of the lane change. You’ll need to put a tiny amount of pressure on the steering wheel, which is awkward, especially as a fraction too much makes the car think you’re trying to retake control and it switches Autopilot off.

Autopilot engaged, it’s easy to be lulled into thinking you’re in some omnipotent form of automotive higher intelligence, only to realise that it won’t slow down for revised speed limits or traffic lights. It’s easily flummoxed by the weak link behind the wheel too. With the indicator on the left and the similar (non-detented) column shift on the right, it’s all too easy to accidentally flick it into neutral and find yourself flatlining but going nowhere. 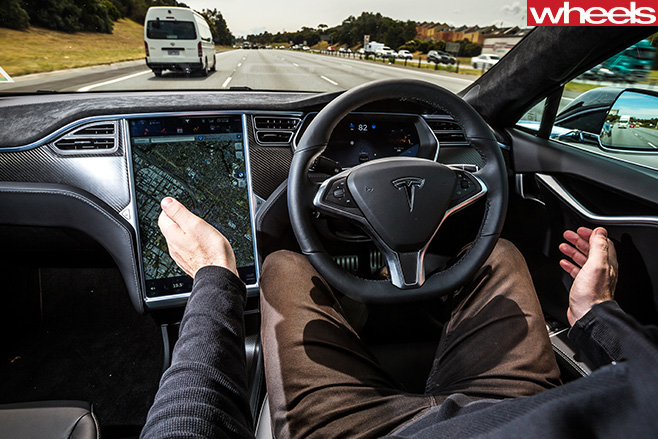 Autopilot’s not perfect, and customers have to assume liability when using it, but having tried it for a week, it’s something you really would use on major roads. I still have nightmares about some villain with a pot of white paint sending Teslas whistling off into the undergrowth, though.

The self-parking system is another jaw-dropper. Unlike most vehicles, which require you to operate the throttle and brakes while they automatically twirl the wheel, the Model S can now perform the whole show, right from identifying a space to shuffling you into it, leaving a scant few millimetres from kerbing those big alloys.

Which brings us to the Ludicrous performance mode, Tesla’s next step after Insane. Bring the twin-engined, all-wheel-drive Model S P90D to a standstill, grip the wheel and stamp the right-hand pedal: it’s that straightforward. The mute violence of what happens next is hard to comprehend. It’s as quick to 100km/h as a McLaren P1. 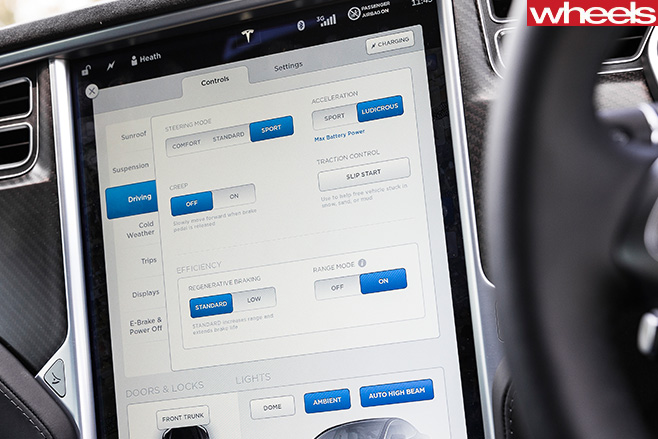 This otherworldly combination of theme park ride and airline turbulence is initially panicking. It feels as if the fluid in your brain has sloshed and pooled in the back of your skull, and your guts get squeezed like you’re wearing a g-suit. Everyone who sampled it for the first time came away feeling slightly nauseated, the lack of audible cues or let-up in the seamless surge of torque serving to utterly scramble the senses.

You do get used to it, though, and begin searching for pole position at the traffic lights. A couple of seconds or so after they turn green, you already have a hundred metres of clear road. Now there’s a contribution to safety we can all get behind.