WHAT IS IT?
Audi’s hotted-up small SUV is back for a third time, now with more power and more equipment to justify its added cost. Retailing at $84,216, the 2017 Audi RS Q3 performance might be a couple of grand more than the car it replaces, but that new word on the end of its name – performance – is a clue as to why. WHY ARE WE TESTING IT
The last two versions of the RS Q3 were middle-of-the-road performers, and didn’t quite live up to the performance promise that comes with the Audi RS badge. With more power, torque and equipment, the 2017 Audi RS Q3 performance warrants another look

The GLA has a modest price advantage with its $83,615 sticker price, but the Audi has a roomier cabin. THE WHEELS VERDICT
Audi has finally addressed the most common criticism of the RS Q3 – that it didn’t feel powerful enough to justify its inclusion in the RS model lineup. It’s taken three years for Audi Sport to get the formula right for this one, but hey, better late than never.

PLUS: More power and torque, the kind of car the RS Q3 should have been from the beginning
MINUS: Interior looks old, previous-gen infotainment hardware, no spare wheel, no manual THE WHEELS REVIEW
The RS Q3 first lobbed onto the Australian market in early 2014, proudly laying claim to being the most affordable Audi RS model in Australia. It lost that title in mid-2015 with the arrival of the cheaper Audi RS3 Sportback, and with an original power output of 228kW the RS Q3 never felt quick enough to justify the RS badge anyway.

And, while it beat the Mercedes-AMG GLA 45 to market (and only by a couple of months), the RS Q3’s Merc rival made more power and sprinted harder. The RS Q3 has been in the Benz’s shadow ever since, even after an update last year brought new plastics and a power boost to 250kW. But Audi Sport hasn’t given up on the RS Q3. The division’s only RS-badged SUV has been given a power-up for the 2017 model year, gaining the 270kW/465Nm turbo inline five of the RS3 Sportback, more standard equipment and a new suffix for its name – RS Q3 performance.

Compared to last year’s model, the RS Q3’s engine makes 20kW more power and 15 more Newtons. Looking back further to the first iteration of the RS Q3, the increase is a significant 42kW and 65Nm.

Audi was sandbagging, though it claims the RS Q3’s cooling package was holding it back from its full potential. 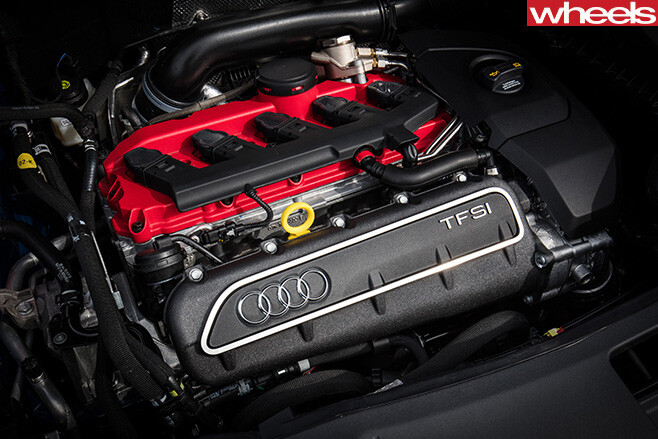 Whatever, the result of all that extra muscle is a huge 0.4 decrease in the RS Q3’s 0-100km/h claim, which now equals that of the GLA 45 at 4.4 seconds.  It also means the RS Q3 finally feels like it deserves to wear the hallowed RennSport badge on its tailgate.

With RS3-equalling power and a clever quattro AWD system that can take up to 100 percent of drive to the rear axles (though is predominantly front-biased most of the time), the RS Q3 grips hard. Torrential conditions at the local launch did reveal its preference for understeer, however. 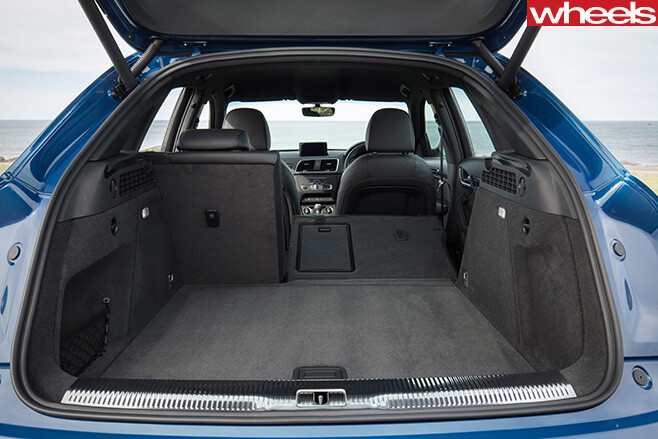 The optional RS Sport suspension plus package brings electronic damper adjustability, but it’s a $2490 option. Given the massive 20-inch rollers that are standard-issue on the RS Q3 performance, some may wish the extra compliance of the variable dampers was also standard.

The tall seating position dilutes the sensation of speed and it lacks the scrappy nature of the RS3, but the RS Q3 performance is a still an impressively quick point-to-point machine.  The cabin might be showing its years now, but at least it finally has the performance to live up to its badge.