We’re already familiar with Honda’s 10th-generation Civic, given that model launched here in sedan form just on 11 months ago. Quality, technology and chassis all took a significant leap at the time, however a five-door hatch version wasn’t ready to debut alongside it.

But after a significant wait, the Civic sedan finally has a hatchback twin to once again keep it company in Honda showrooms. 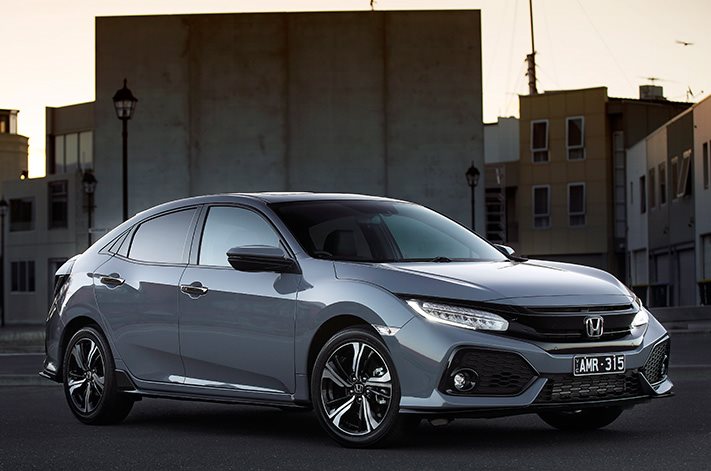 For the past two generations, the Honda Civic hatch has been more of a half-brother to the Civic sedan than a direct relative. Based on Jazz underpinnings and built in the UK, it was literally a world apart from its Thai-sourced sedan contemporary.

But now, in its tenth-generation, the Civic range is back to consistency. Mechanically identical and built in the same factory, Australian Civic hatches and sedans are practically line-ball when it comes to equipment, prices, quality and driveability. 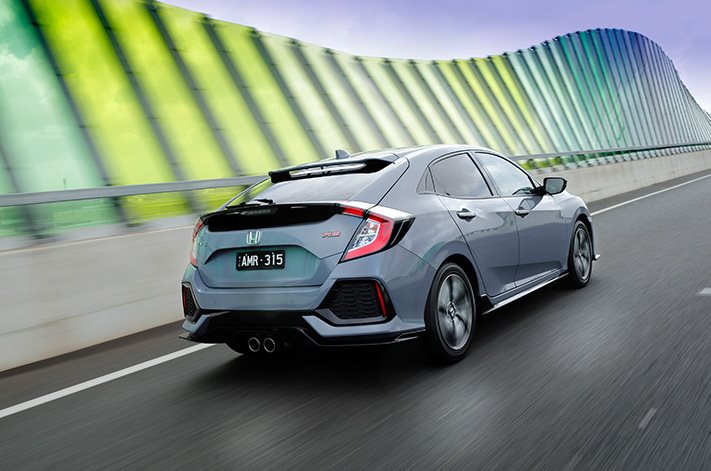 The Civic hatch has historically been the volume-seller in the Civic family, and with the Australian small car market skewing toward five-doors rather than four-doors, the new Civic hatch has significant commercial importance for Honda.

It’s the bodystyle that most Civic shoppers are interested in, and thus the one that we’re more interested in evaluating. Does it add anything to what’s already offered by the Civic sedan? 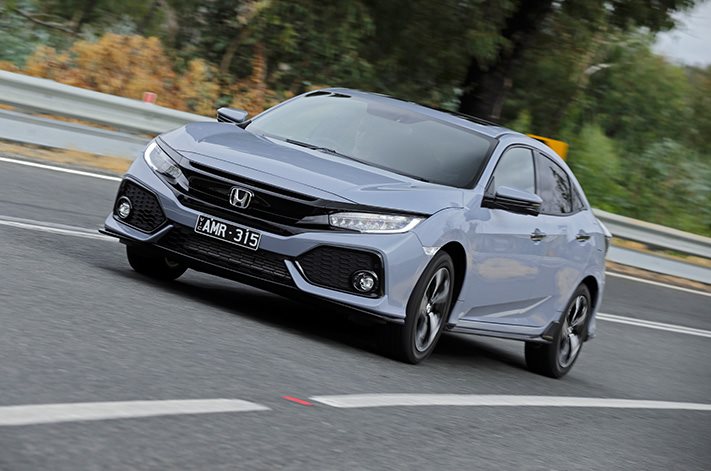 THE WHEELS VERDICT
Just like its sedan-shaped sibling, the new Honda Civic hatch makes a compelling argument for itself in what is a hotly-contested segment.

A spacious interior, sharp handling and generous standard specification in upper-spec models all give the new Civic hatch a more premium aura than before. The arrival of Honda’s still-fresh 1.5-litre turbo engine to the Civic hatch is also welcome, though the soggy CVT saps some of that powertrain’s verve. 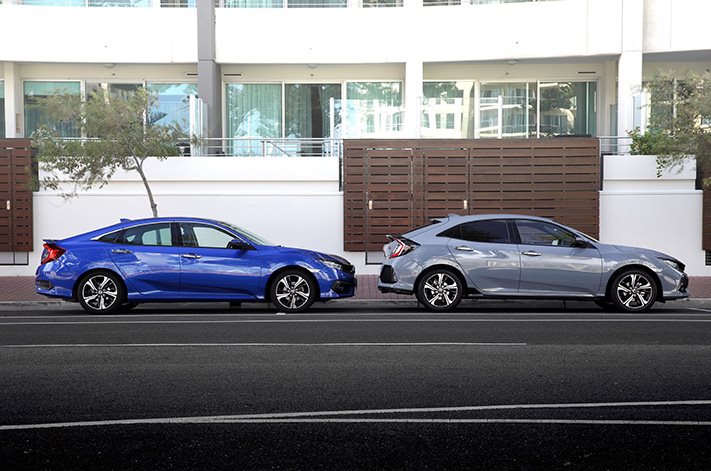 MINUS: AEB only available on top grade, no more magic seats, CVT doesn’t do the engine or chassis justice

THE WHEELS REVIEW
Even though buyers continue their seemingly inexorable migration to SUVs, Australian motorists still have plenty of love for small cars – hatchbacks, more specifically.

The humble five-door hatch is still a fixture of many Aussie driveways, and the Honda Civic has a significant history in this country as one of the premier small cars. In recent times, however, Honda’s five-door fortunes have waned.

When sourcing switched to the UK for the eighth-generation Civic hatch, prices skyrocketed and put the hatch out of kilter with its Thai-sourced sedan counterpart. Yes, European design and build quality worked in its favour, but $30k-plus pricetags did not. 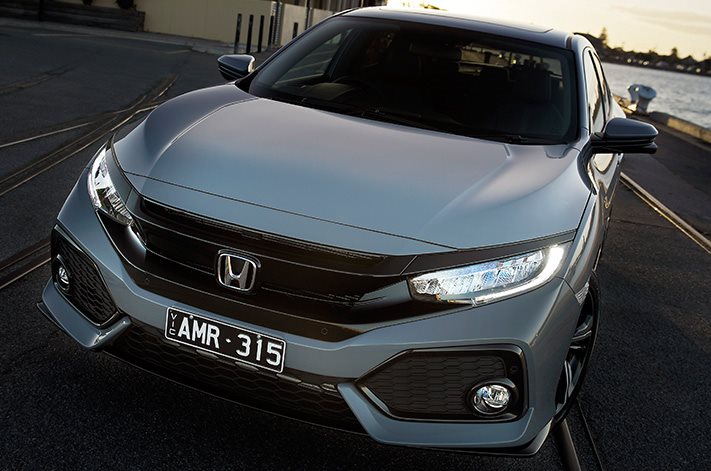 And that’s a good thing, because now it means those shopping for a Civic don’t have to endure any kind of penalty for picking a certain bodystyle. Both Civic hatch and sedan are now built in Thailand and based on the same underpinnings with the same engines and near-identical specifications – the only difference lies in the number of doors and the size of the boot.

And speaking of which, let’s start off by looking at the Civic’s rump. After all, the bulk of the Civic hatch’s differences to the sedan lie behind the B-pillar.

The hatch’s boot measures 414 litres with the 60/40 split rear seats raised – 330 litres for the RS grade due to its subwoofer – putting the hatch 105 litres down on the sedan. On the other hand, the hatch’s wide tailgate opening makes it easier to load outsize items, and there’s a huge flat(ish) cargo space when the seats are dropped down.

A unique side-retracting cargo blind takes up less space than traditional blinds that stretch across the backrests – a very ‘Honda’ solution to in-cabin ergonomics. Sadly, the ultra-versatile ‘Magic Seats’ function of the previous-gen hatch has been deleted due to the space taken up by the new Civic’s multi-link rear suspension and fuel tank. Boo hiss. 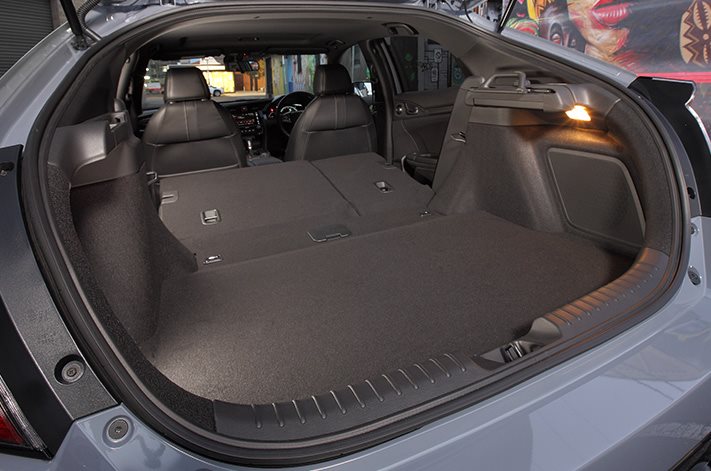 Rear seat comfort is almost identical to that of the sedan. Headroom and legroom are just as generous as they are in the four-door, though even the top-shelf VTi-LX doesn’t boast rear face-level air vents or a second seatback map pocket. There’s plenty of room to sprawl, though.

Up front, it’s familiar fare. There’s plenty of in-cabin storage highlighted by a capacious centre console box and double-decker phone/wallet trays, along with a pair of front seats that, though comfortable, could use more lateral support.

Eye-catching but sensible design is a welcome change from the strange two-tiered dash of the ninth-gen Civic hatch, though rummaging for the forward USB port is a pain. A dampener for the (rather heavy) glovebox lid would also be nicer than having it unceremoniously flop open into your shins.

To drive, the Civic hatch is every bit as good as the sedan. It weighs 28kg more than the four-door and has a slightly more torsionally rigid structure, but you’d be hard pressed to tell any difference without driving both back to back. 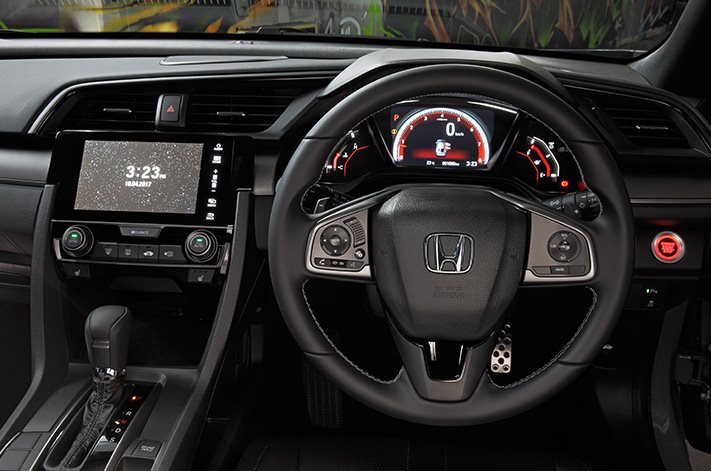 But that’s a positive thing, because it’s good to see that a little extra heft doesn’t spoil the Civic’s commendable roadholding. It grips and corners well, with accurate, tactile and responsive steering mated to a pointy front-end that’s augmented by brake torque vectoring. Understeer eventually happens, but you have to push very hard to find it.

And that handling doesn’t come at the cost of comfort either. Well-tuned damping devours bumps with aplomb, and the ride is comfortable whether on low-grade 16-inch rolling stock, or the 17-inchers of the VTi-L, VTi-LX or Civic RS.

The 104kW/174Nm 1.8-litre atmo engine of the base VTi and VTi-S is a “get the job done” powerplant that feels breathless the harder you push it (and does a decent impersonation of a Dyson at the same time), but the 1.5-litre turbo in higher grades is the engine to aspire to.

With a healthy 127kW and 220Nm to play with it feels a lot more relaxed, but it’s a shame there’s no escaping the Civic’s lacklustre CVT.

It’s a busy transmission, even with the torquey 1.5 turbo, and it’s difficult to smoothly maintain a constant cruising speed. Hills provoke plenty of flaring and noise, but at least you can row through pre-defined ratios via a pair of wheel-mounted paddle shifters on the VTi-L, VTi-LX and RS.

But that’s exactly what you experience with the sedan. Like we said, the Civic range is finally cohesive and consistent.