Megane gets a sleek makeover for its fourth generation, and a surprisingly hot range-topper as well.

WHAT IS IT?
This is the fourth iteration of Renault’s volume-selling Megane hatchback, which has been on sale overseas since the start of the year but has only just made it to our shores.

Built in Spain on the Renault-Nissan CMF platform (which not only underpins the Renault Koleos SUV, but also Nissan’s Pulsar, X-Trail and Qashqai), the Megane is available in four variants: the entry-level Life, mid-spec Zen and high-grade GT-Line and GT.

And while the Life, Zen and GT-Line are all powered by the same 97kW 1.2-litre turbo four and six-speed automatic (the Life also has a six-speed manual option), the flagship Megane GT boasts a 151kW/280Nm 1.6 litre turbo to give it some added pep. Not only that, but it features a unique suspension calibration, paddle shifters for its seven-speed dual-clutch auto and four-wheel steering – a segment first. 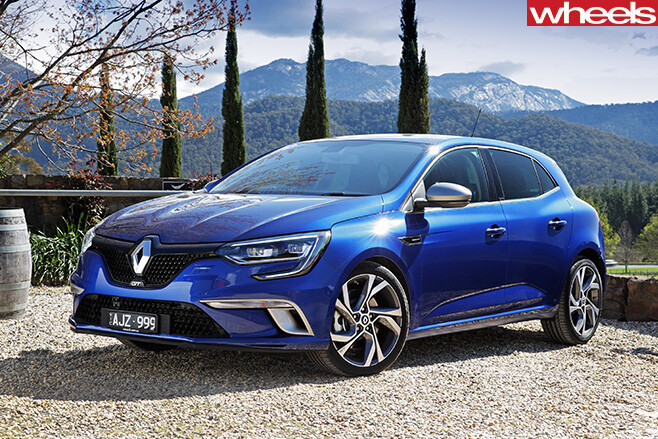 WHY ARE WE TESTING IT
Because it’s all-new and, for Renault, a hugely important model. Great fortunes can be made in the small hatch segment, and though consumers continue to gravitate toward SUVs, there’s no ignoring the massive numbers of buyers who still buy small five-doors.

And for this fourth-generation model, Renault appears to finally have a model that should prove appealing to those buyers. Equipment levels are generally higher than similarly-priced rivals (though the absence of active safety aids like auto emergency braking is noted, despite their availability overseas), the design is eye-catching and high-end and it drives well.

MAIN RIVALS
There’s a total of 26 different nameplates in the small car segment, so no shortage of rivals for the Renault. With the Megane’s European origins, mainstream-premium posture and higher-than-average pricing, its primary rivals include the Volkswagen Golf, Peugeot 308, Ford Focus and Mazda3. THE WHEELS VERDICT
The new fourth-gen Megane is a massive step forward for the French brand, though there are still some issues to overcome with mismatched/misaligned cabin plastics, rear legroom and equipment inclusions. Not only will we have to wait for AEB and active cruise to become available here (Renault assures us it’s coming in the first half of 2017), but Renault continues to defy trends by not bringing smartphone mirroring such as Apple CarPlay and Android Auto to its new-generation infotainment system.

That aside, the new Megane is a delight to drive – especially in Megane GT form. While the 1.2-litre Zen floats, the more powerful Megane GT is taut and controlled, and has outstanding agility courtesy of its unique suspension setup and four-wheel steering.

It’s not quite good enough to be a Golf-beater, but it takes Renault a lot closer to the pointy end of the small car field than it’s been before. 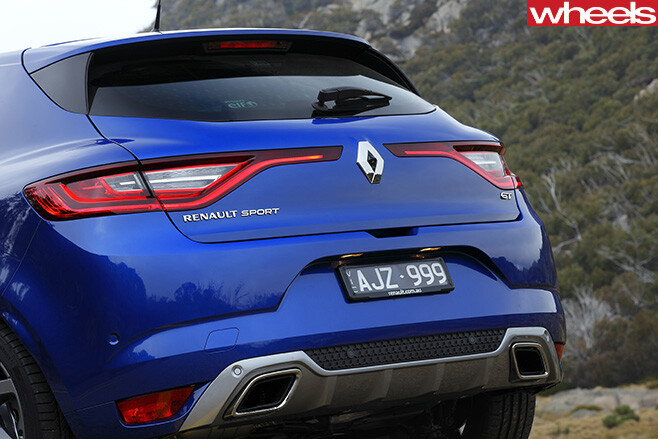 THE WHEELS REVIEW
Renault’s fourth-generation Megane is here, and for the French automaker’s local operation it represents a golden opportunity.

After years of being an also-ran in the mega-competitive small car segment, Renault at last has a small hatch range that is not only competitive against its peers in terms of pricing, size and equipment, but a range that boasts more than a few unique points of difference too.

It’s the most compelling Renault small hatch since, uh, forever, and here’s why.

For one, just look at it. The curvaceous current-gen Megane RS three-door may still flaunt some sexy curves, but the outgoing five-door hatch was a visual dud. Its younger replacement is a supermodel. On the range-topping GT model pictured here, that’s enhanced by 18-inch wheels and a sports bodykit.

The cabin has a premium aura that was missing in the previous model. Its interior design is upmarket without being pretentious, but it’s let down by misaligned plastics and hard shiny textures on the lower dash.

Is it as pleasant as the interior of, say, a Mazda3 or VW Golf? The material quality lags behind those two segment-leaders, so no. It’s feature-rich though, with a TFT electronic instrument panel and keyless entry/ignition just some of the spec highlights.

It looks its best when in GT guise: that 8.7-inch portrait-format screen is unique for the segment and easy to use, and the ambient lighting, heavily-bolstered sports seats and blue contrast stitching all help lift the cabin ambience markedly.

Rear headroom and foot room is a touch tight and people of average height will have to stoop slightly to get in. Once seated, though, the back seat of the Megane is comfortable and furnished well, with face-level air vents and a generously-sized fold-down centre armrest. 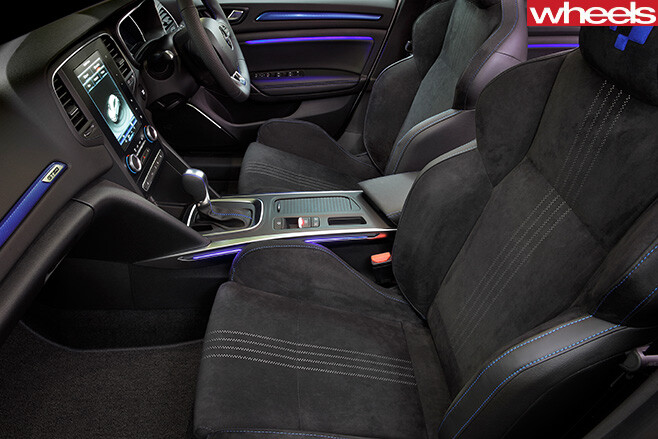 It’s bigger on the inside too: there’s 22mm and 27mm more front and rear shoulder room respectively, and the 434 litre boot is generous for the segment.

Some French foibles manifest in this car, however. The glovebox is tiny, and the new Megane’s undersized and shallow cup holders are proof that the French still don’t understand how to design a decent beverage receptacle. They say it’s no use crying over spilt milk, but if my venti cappu-frappa-megachino spills onto my crotch on a hard left turn, I assure you: tears will be shed.

But while the interior grows slightly, the Megane has shrunk under the bonnet. Engine downsizing sees the majority of the range make do with an adequate 97kW205Nm turbo 1.2-litre, while the GT receives the turbo 1.6-litre four-pot of the Clio RS 200 tuned to a healthy 151kW and 280Nm.

It’s an auto-only proposition (only the base model Megane Life gets the option of a manual), but the seven-speed dual-clutch it’s bolted to compliments the 1.6’s revvy nature and surprisingly fat midrange torque. It’s a shame that it auto-upshifts when in manual mode, though, and those shift paddles need to be larger to be practical. 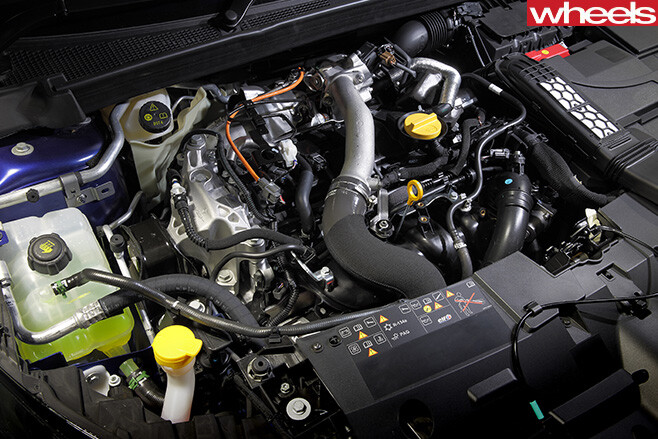 And boy is it agile. The Megane GT is gifted with Renault’s new 4Control four-wheel steering system, which helps point the nose into corners at low speed and improves stability at high speed. It’s no gimmick: it profoundly changes the way the Megane handles and works a treat with the Megane’s nicely-weighted steering.

The Megane’s suspension boasts great compliance and absorbs large-amplitude lumps in a composed and settled manner, but has a slightly fussy ride over smaller imperfections. It can feel jittery and unsettled over corrugations, and surprisingly that behaviour was present even on the 16-inch alloys and taller sidewalls of the mid-spec Zen grade.

Road noise is another issue: it’s particularly loud on coarse-chip roads and smaller-wheeled variants aren’t immune either. The Zen also seemed to lack some body control, taking longer to recover from big bumps than the GT-Line and GT.

But, broadly speaking, the new Megane is at last a viable option for those shopping for a modestly-sized grocery-getter. And, like the recently-launched Renault Koleos, it’s the range-topper that’s the most compelling offering.